Digging Up The Past

I was gonna skip today’s post because I didn’t really have much to talk about, but then I remembered that I promised something to y’all a while back.  As a matter of fact, it’s been a long time since I mentioned it (like back in the summer.)  What the hell am I talking about?


A little more of my family history.

If you spend any time at all around here, then you know how much I love beer.  I told y’all back in July that there may be a connection between one of my ancestors and a prominent Southern brewer back in the day.  While I’m still gathering facts and whatnot, I still have enough right now to talk about it.

Let’s start with the ancestor in question. 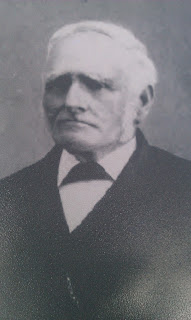 This is Jacob Muddiman, my Great Great Great Great Grandfather.  He came to this fine country from just prior to the Civil War, and eventually settled in right after the war.  Prior to moving his family to , he built a tavern in the city of . 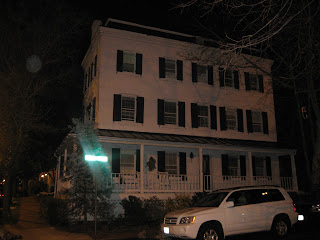 It (obviously) still stands to this day, and I make a point to go visit every time I’m in the area.  It's a private residence now, but I think it’s pretty cool that there is a place in that’s called the Muddiman Tavern.  It makes me want to drink a beer right now, as a matter of fact.  Anyway, I’ve known about this tavern for as long as I can remember, but over the summer I discovered that Jacob came to on a ship with a very prominent businessman.

If that name doesn’t ring a bell, it’s because you don’t know shit about Southern beer history.  Robert Portner Brewing Company was the largest pre-Prohibition brewery in the South way back when. 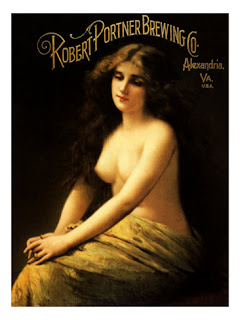 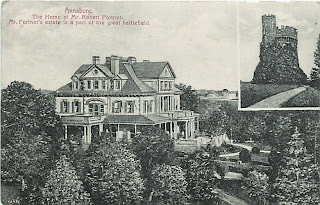 I’ve heard stories by my Great Aunts and Uncles about family members spending time in the mansion when they were kids, so I know the families were close.  The mansion still stands to this day, and I got a photo of it during my last trip up there. 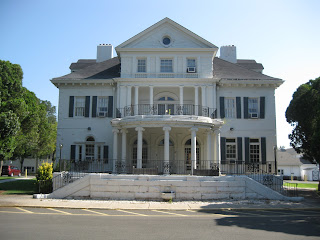 The house had air conditioning (a big deal back then) and it’s believed that Mr. Portner actually invented the system used to cool his house.  It gets hot in the summer in , so I’m sure my family loved spending time there.  The mansion is now part of a senior living facility, which is owned by the same hospital system that owns the hospital where I’m employed.  What an odd coincidence.

Mr. Portner made a huge impact in the South, Northern Virginia, and specifically .  When prohibition reared its ugly head, that was pretty much the end of his beer making business.

I saw this item in the Manassas town museum this past summer: 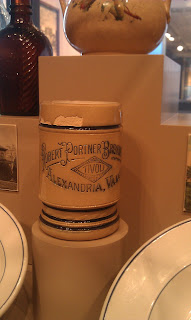 He passed away in 1906, but our families remained in touch for a while.  Many generations have passed since then though, and I’m sad to say that we are no longer acquainted with the Portner family.  However, Mr. Portner’s great great grandchildren have recently started brewing beer again in .

It might be worth it for me to get in touch with them, huh?

Get in touch with them and sell them one of your recipes!! Get the family back in the beer business!

Interesting story, but riddled with factual inaccuracies as far as Mr. Portner is concerned. Perhaps you should read 'The Shortest Dynasty', which is about Mr. Portner, or get in touch with his living relatives. I know for a fact that he was not in business with anyone named Muddiman.

You mean the book that itself is full of factual inaccuracies with plenty of grammatical errors sprinkled in for good measure? Um, yeah.

I doubt you know anything that happened back then for a fact unless you're over a hundred years old.


You read something on the INTERNET,by the way, which is always full of factual inaccuracies. Do you see up top there where it says "nonsensical crap"? Don't be sofa king uptight.

Mutt, I would like to talk to you more about your Muddiman family in Manassas, and what information you or your family may have on the Portners, especially anecdotes and family stories. Yes, my book is filled with some grammatical errors and misspellings, of which I take full blame (my editor never edited, either, obviously), but am curious as to the inaccuracies you mention. I am currently working on an updated, third edition. I am striving to fix these mistakes, and add newly discovered material to tell a more complete picture of Annaburg and the Portner family.