Things Are Not Quite Right 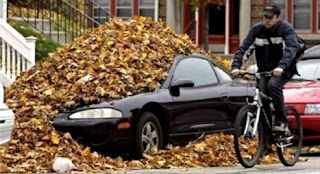 Instead of playing catch-up and going over everything I did while I was away, I find myself wondering what the hell is wrong with me.  To sum it up, I feel like shit.  Every time the weather changes (about twice a year in case you were wondering), I get sick.  Not flu sick, but sick nonetheless.  This time though, I thought I would be in the clear as the cool fall air rolled in.  It all started when I took a pre-birthday ride at BYT, and I wasn’t sure how to dress for it.

It’s been chilly here lately, but it warms up quickly during the day.  I overdressed when I started my ride, wearing a thick base layer, arm warmers, knee warmers, a hat under my helmet, etc.  I dressed like it was the middle of winter in , and I took off feeling might toasty.  About halfway through the ride, I had to start removing layers.  I was sweaty by then, and it was still cool enough outside to make me a little chilly.  When I got done with the ride (it was awesome, by the way), I suddenly got the chills and felt a little shitty.

I didn’t ride again until our trip to bent creek, but the damage had already been done.  My lungs felt like they had something other than air in them, and I struggled a bit on the climbs.  I didn’t get any worse, so I was hoping that this would go away.  I stayed off the bike for the next two days, and I could tell something was not right.

Saturday morning, I figured I would be okay to go for a ride.  My lungs kinda hurt, so I took it easy and stayted local.  I had fun out in the woods exploring an old trail near the house. 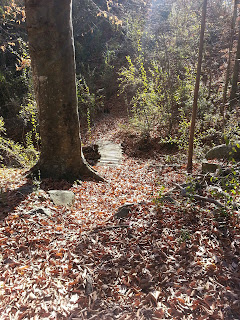 When I got done riding, I had the chills again.  I relaxed the rest of the evening, because I had an actual planned ride the next day.  The Dirty Party Cycle wanted to meet me at BYT for some fun, and I wasn’t about to miss that shit.

That morning, I wasn’t feeling great at all.  I thought, “Hey, a ride might make me feel better”, so I took off to meet the DPC.  We rode for a while and I didn’t feel too bad, but around halfway through I started feeling dizzy.  That’s not the kind of place you want to ride impaired, so I ended up taking a few breaks.  My body was wearing down as the ride went on, and I couldn’t wait for the end.  When we finally finished, the DPC asked me to roll with him to a local watering hole for a post ride beverage.

When we got there, I felt way worse.  I ordered one beer (and some kind of appetizer), and had trouble finishing it.  The DPC had three beers to my one, so that should tell you something right there.  I eventually limped home, hoping that the shit would just go away (I’m too stubborn to go to the doctor.)

Now it’s Thursday, and I still feel bad.  Not as bad as I was, but still not good enough to ride my bike (or drink beer).  I skipped our weekly night ride (watching cross racing instead), and I skipped another local night ride last night.  Watching everyone else have fun on their bikes is depressing, so I hope this shit hurries the hell out of here.

Email ThisBlogThis!Share to TwitterShare to FacebookShare to Pinterest
Labels: not right, sick, weather