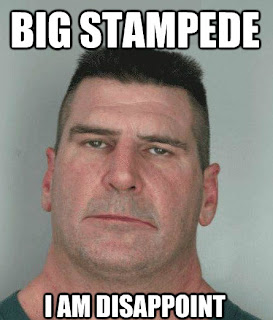 It seems like every year just keeps getting worse.  Lunchbox and I rolled over to the Big Stampede hunting for bargains.  Things looked the same at first. 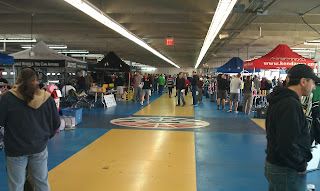 After walking around a few times, we didn’t find anything.  There were a lot less vendors this year, and the crowd was pretty thin too.  We decided to try to entertain ourselves, so Lunchbox found a few things to do. 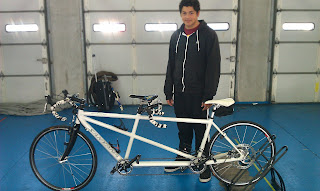 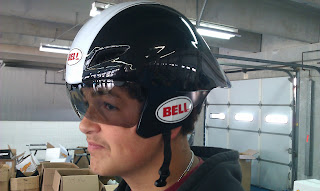 I don’t know if it’s the economy, lack of interest by the locals, or what, but this year at the Big Stampede pretty much sucked.  The only thing good about it was that I got to shoot the shit with most of the local cycling peeps.

Well, that and I got to watch some race cars drive around in circles: 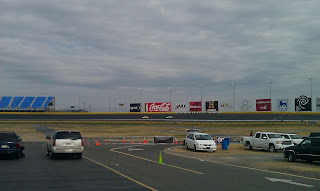 All was not lost this weekend though.  Registration opened up Saturday morning for the greatest cycling event in the Southeast… 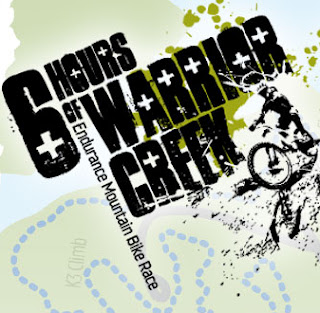 Yes folks, the 6 Hours Of Warrior Creek isn’t happening until April, but registration opened up a few days ago.  Are you ready?  Did you sign up?  If you didn’t, you’re shit outta luck.  It sold out quickly.

I was logged in at 8:00 a.m. sharp Saturday morning, and pulled the trigger to make sure I got in.  From the many Faceposts I saw throughout the morning, a lot of people weren’t so lucky.  I wouldn’t really call it luck though, since you were warned repeatedly that this awesome race would sell out quickly.  All the cool kids will be there this coming April, or at least the ones smart enough to get registered before it sold out.

You snooze, you lose.

The rest of my weekend was pretty cool, but I’ll get into that tomorrow.