I know, I’m late posting up today. Shit gets in the way (like computer problems and whatnot), whatever. I was also late getting to the North American Handmade Bike Show, arriving yesterday afternoon (and well after most people had already been there.) Lunchbox and I met up with TomTom and Good Guy Greg, arriving here in the city ready to look at some handmade bike stuff. We made it about thirty feet from the entrance, grabbed a beer, and walked maybe another ten feet before we started running into people we knew. We would shoot the shit, move a few feet down, and start talking to some more people. We moved very little for a while, but I managed to take a few photos on the first row. 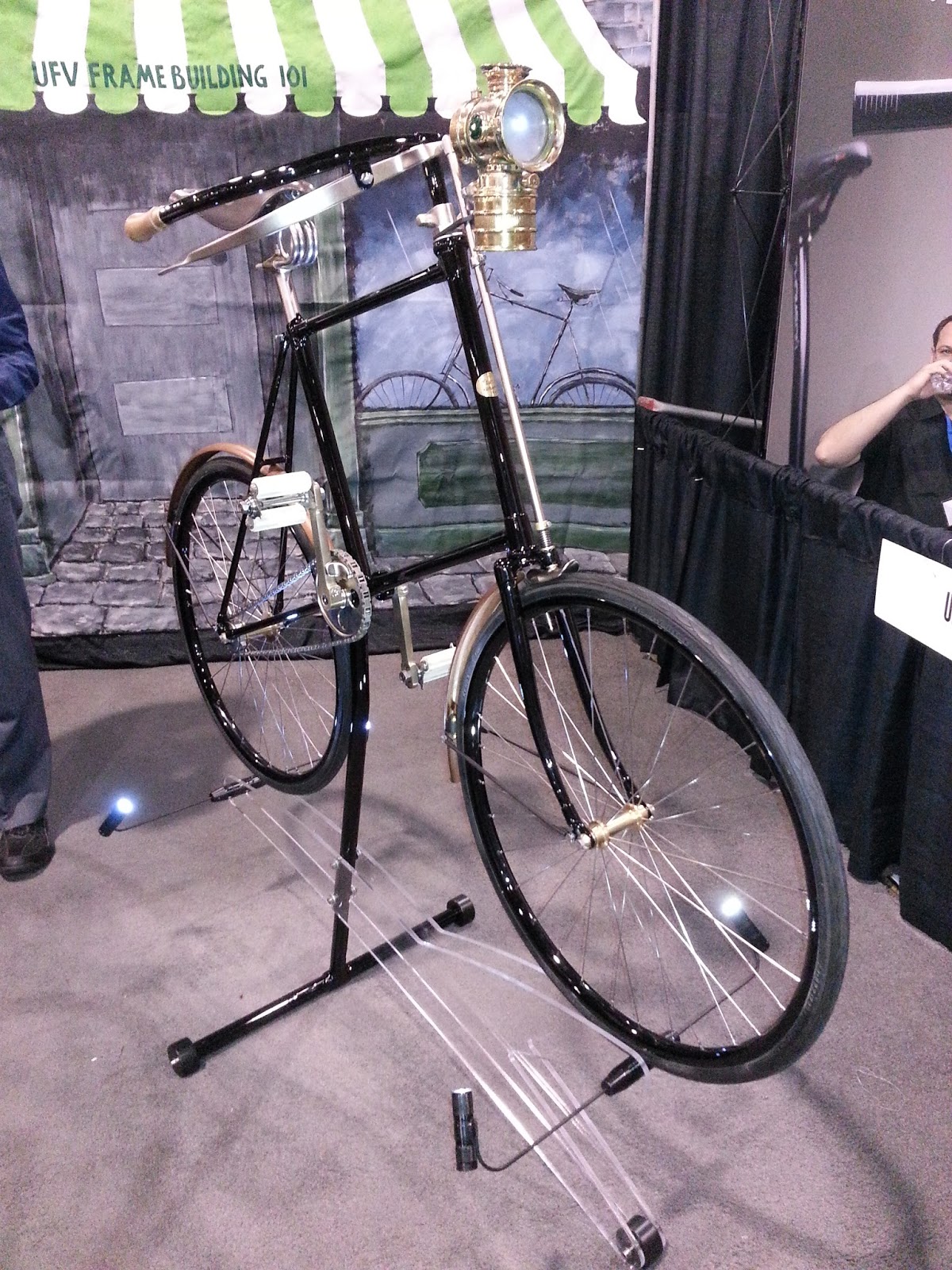 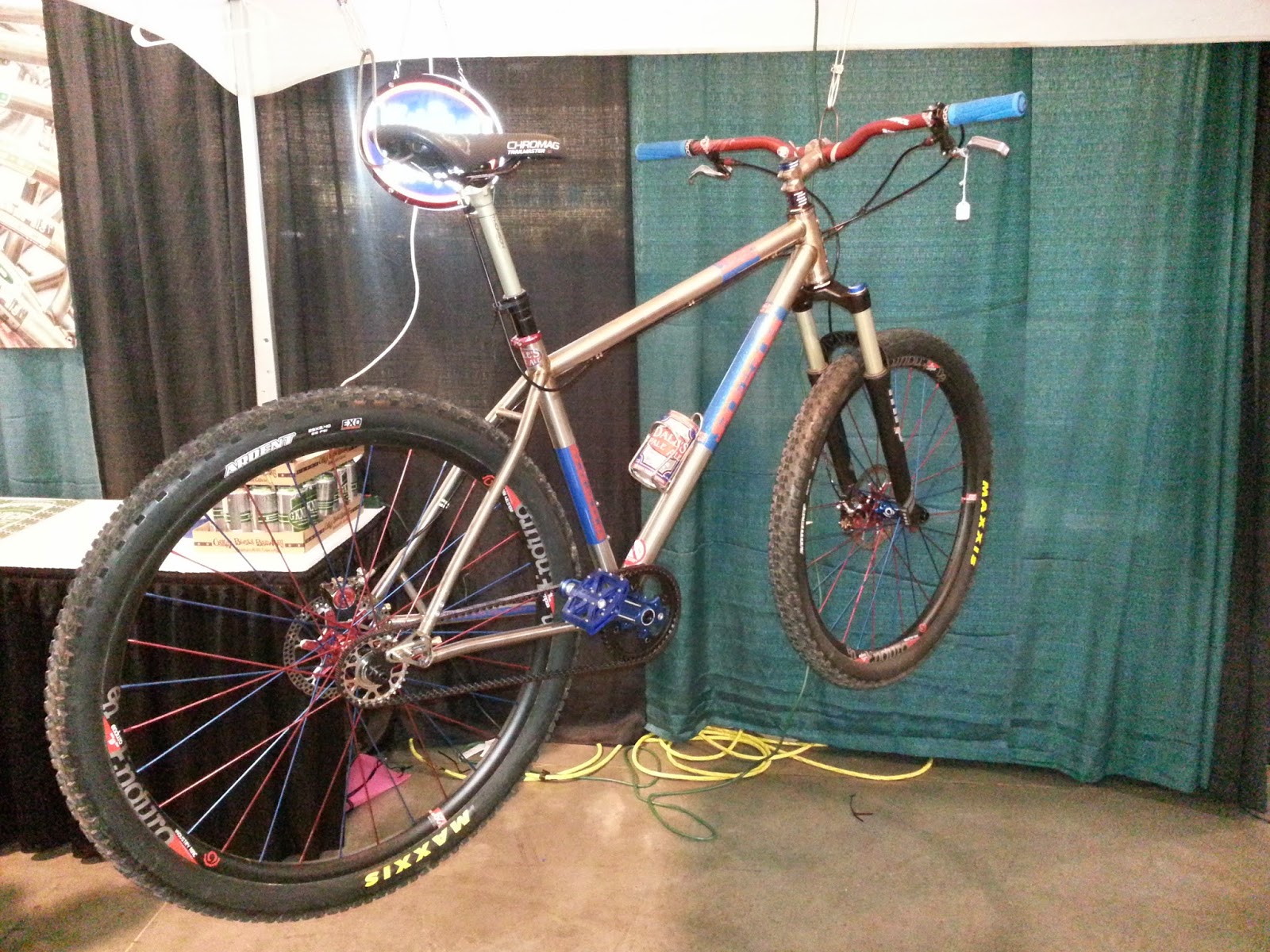 I guss Lunchbox got a little bored, so he took off. Later, I found him lounging in the DeFeet booth. 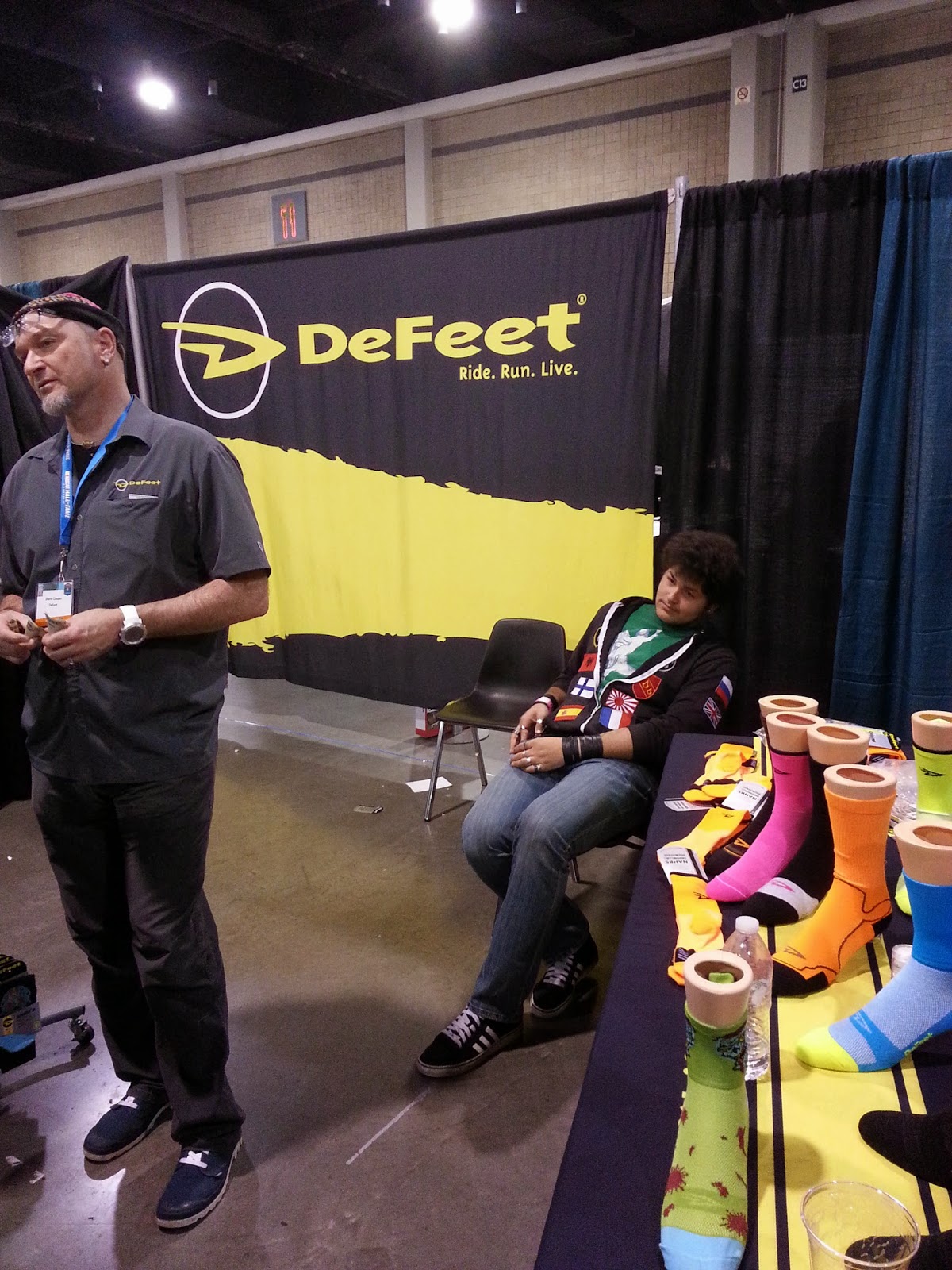 I guess he knows people in the industry too.


Rather than give you a narrative of every single bike and product we saw, I’ll just post of pictures (most of which y’all have probably seen everywhere else anyway.) 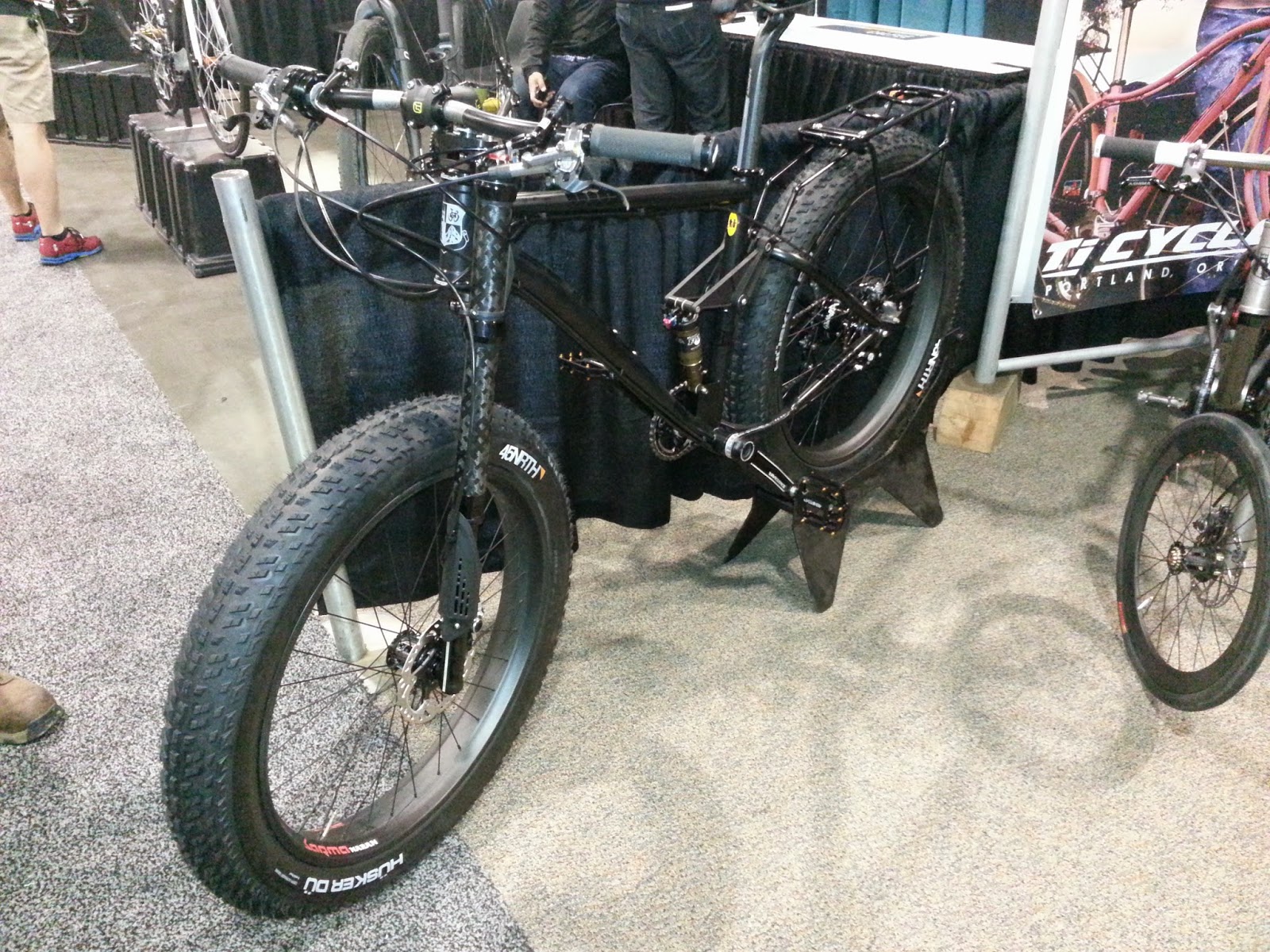 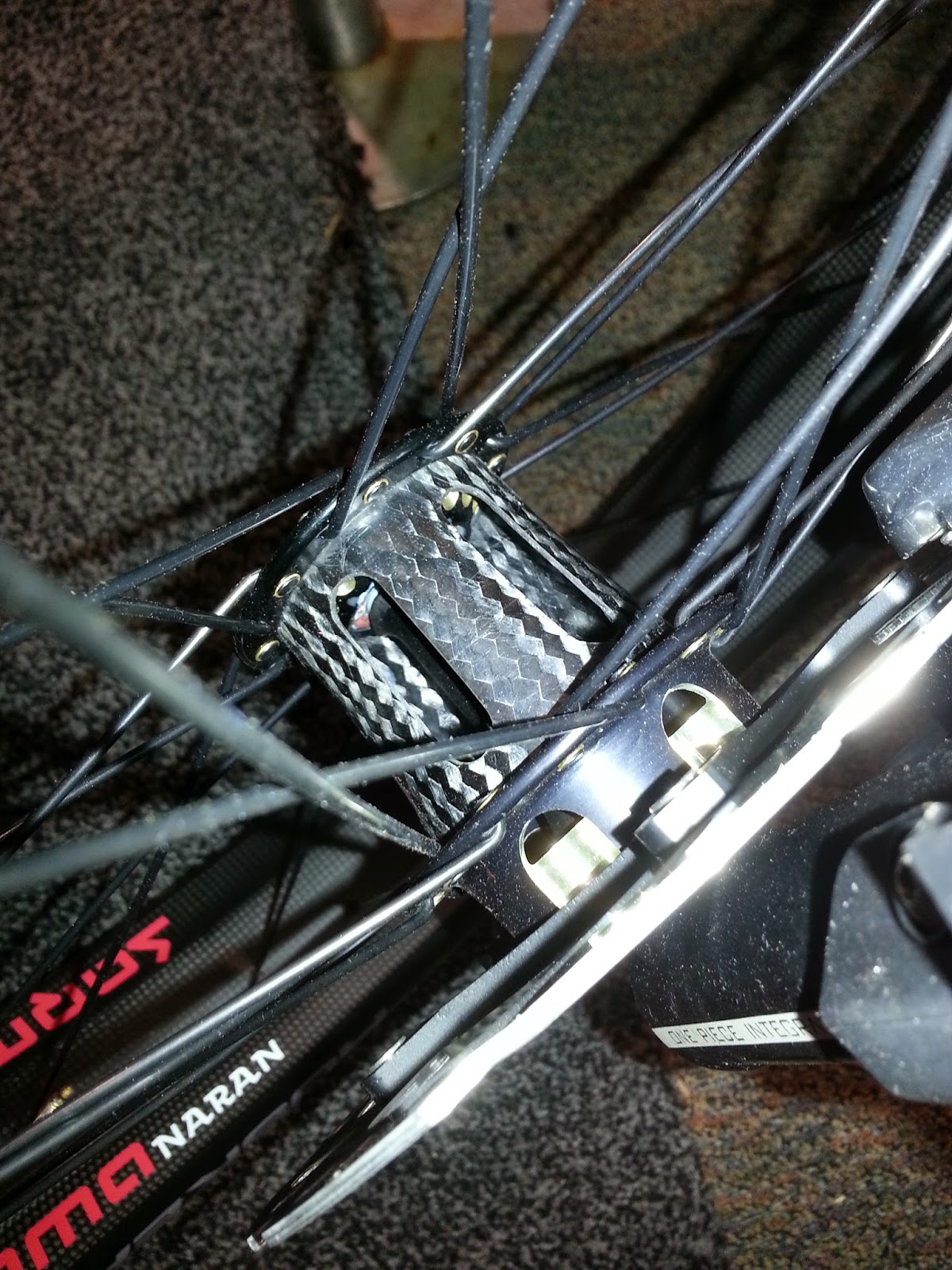 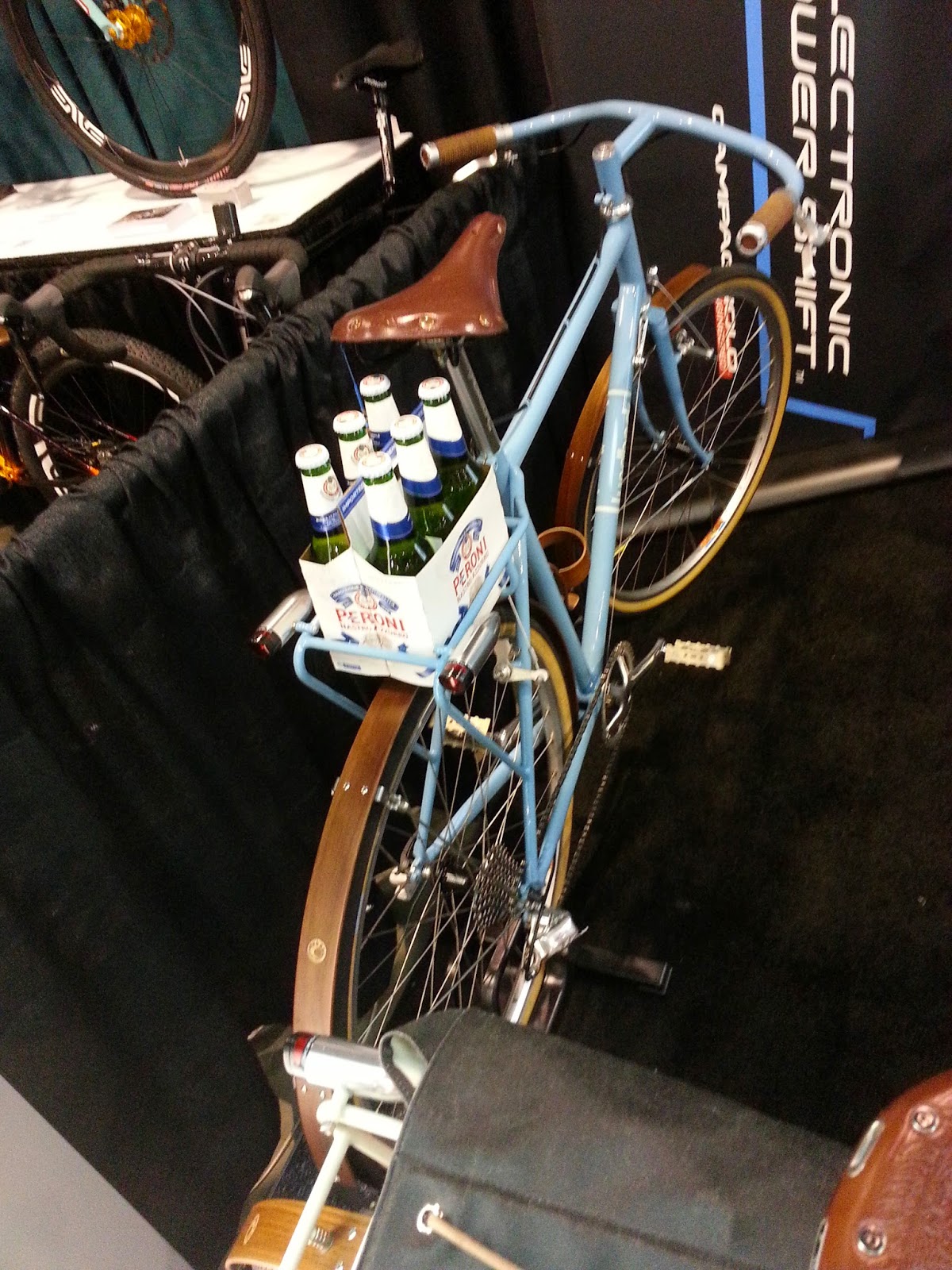 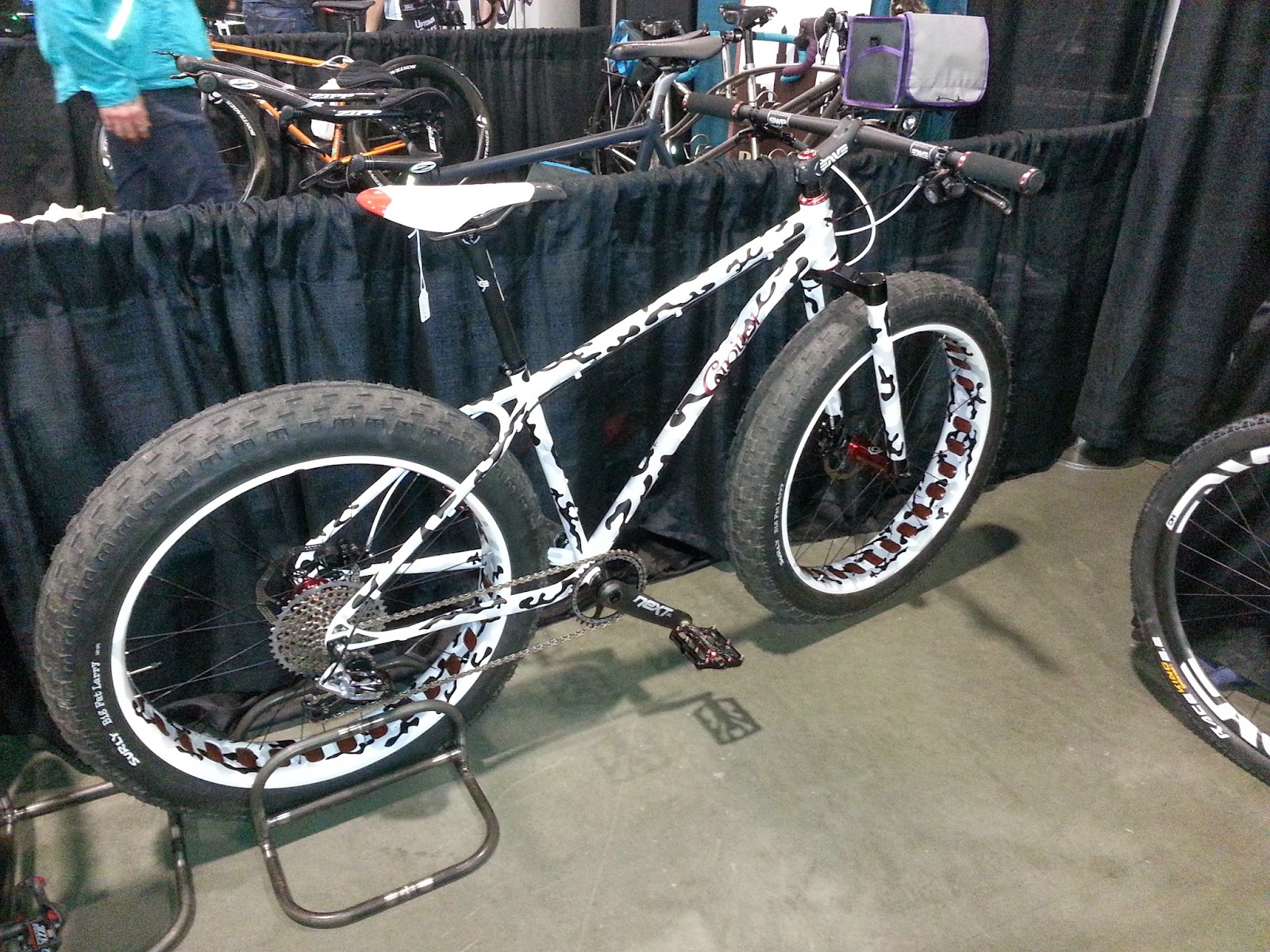 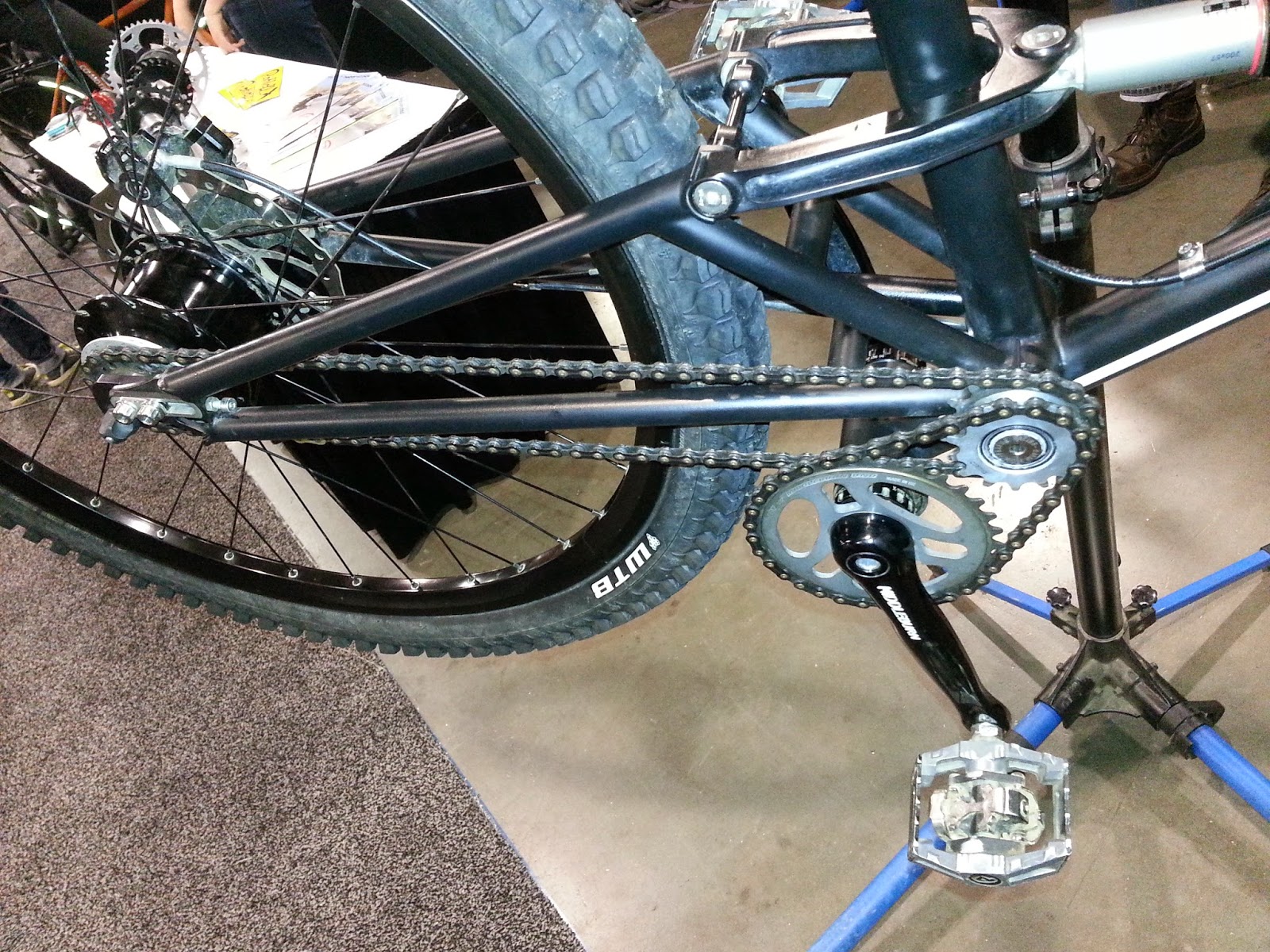 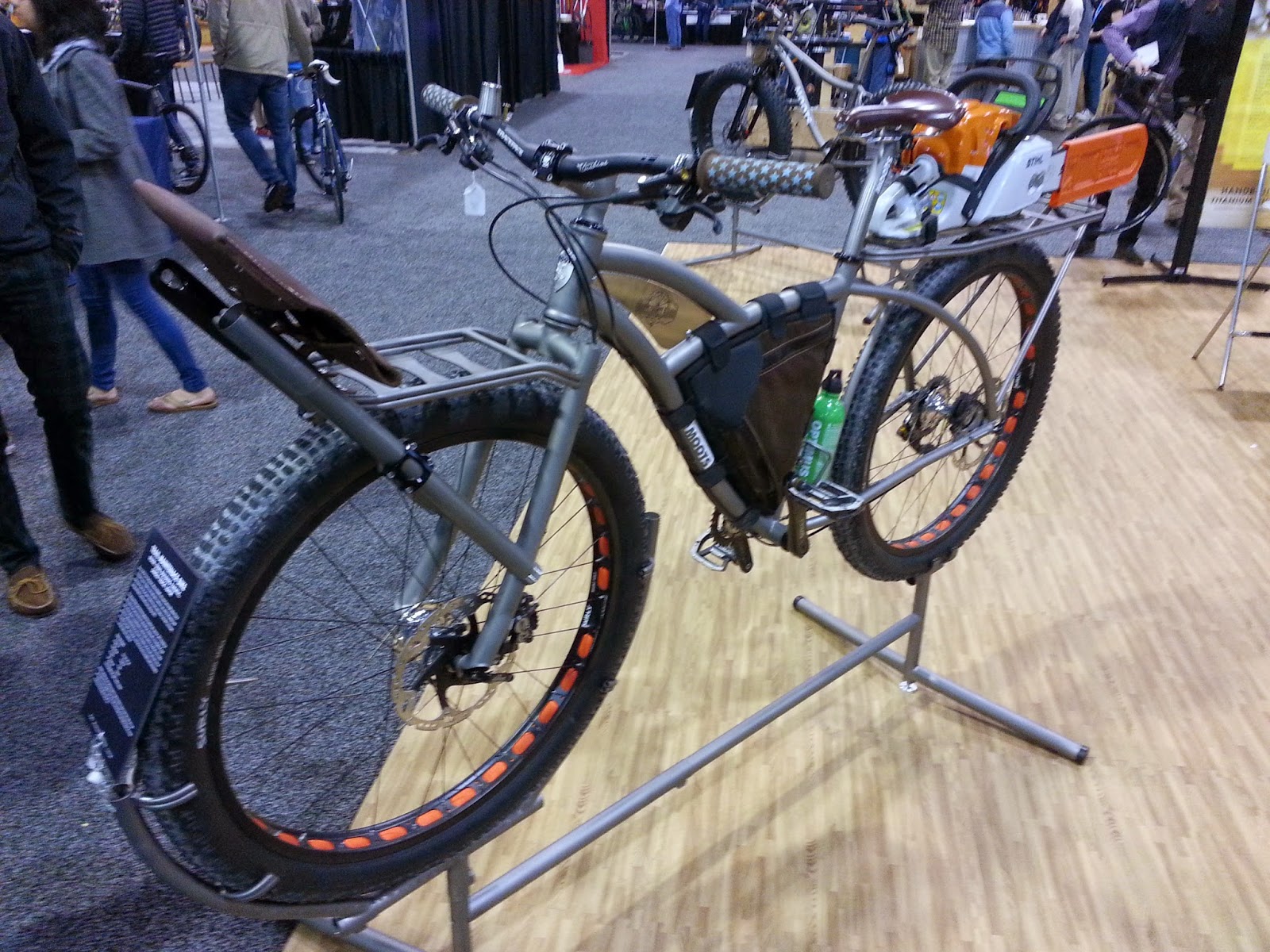 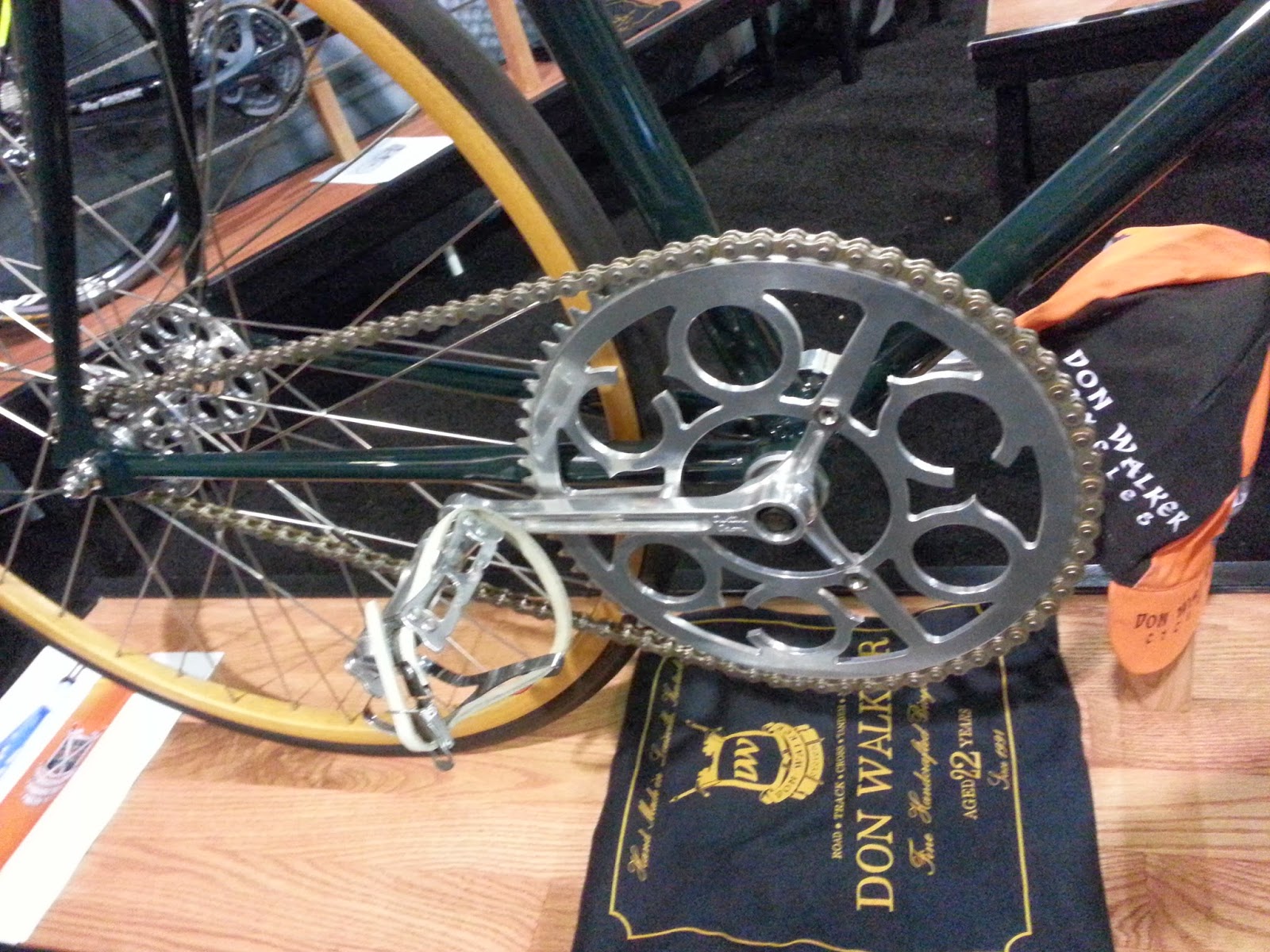 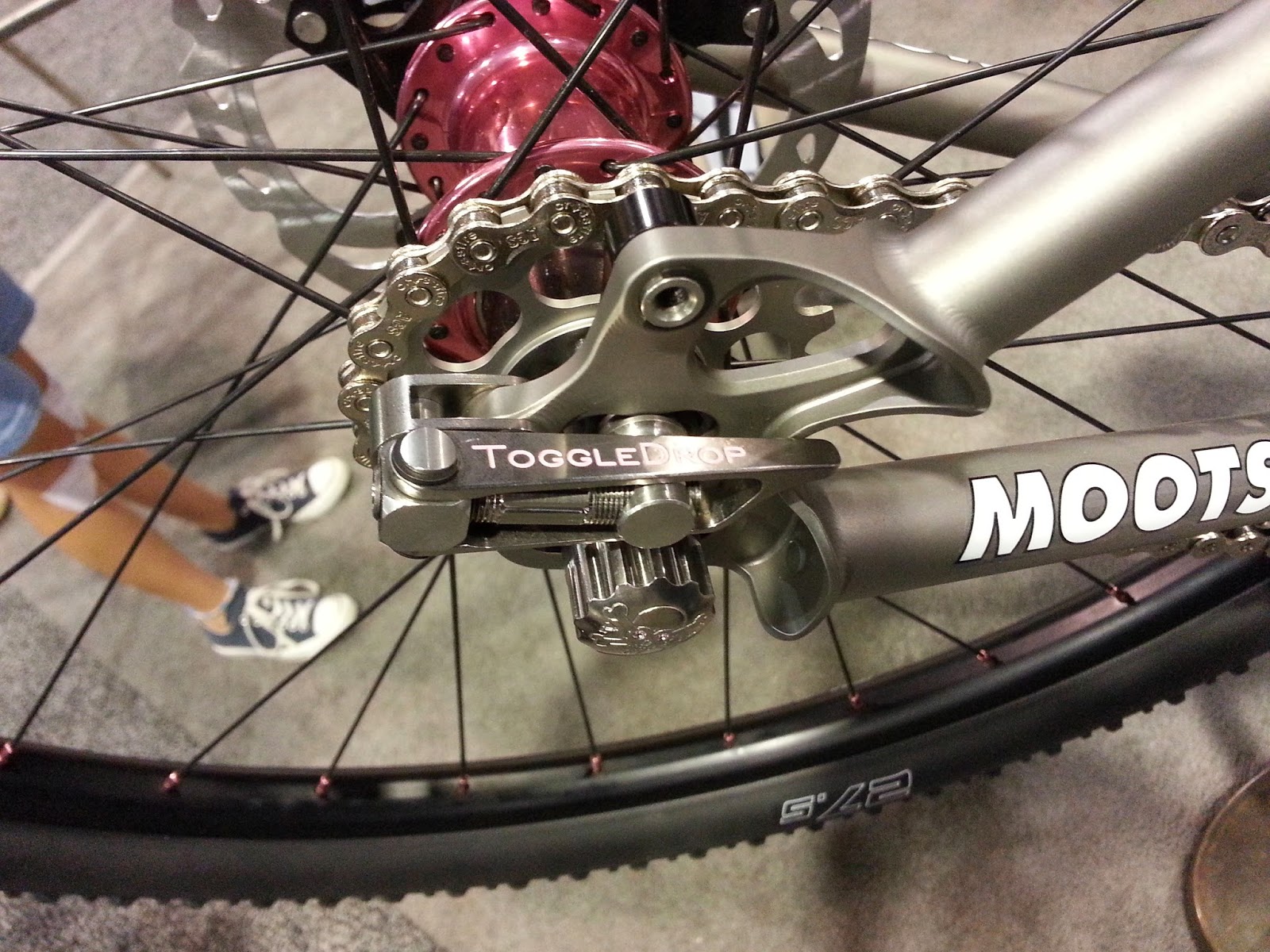 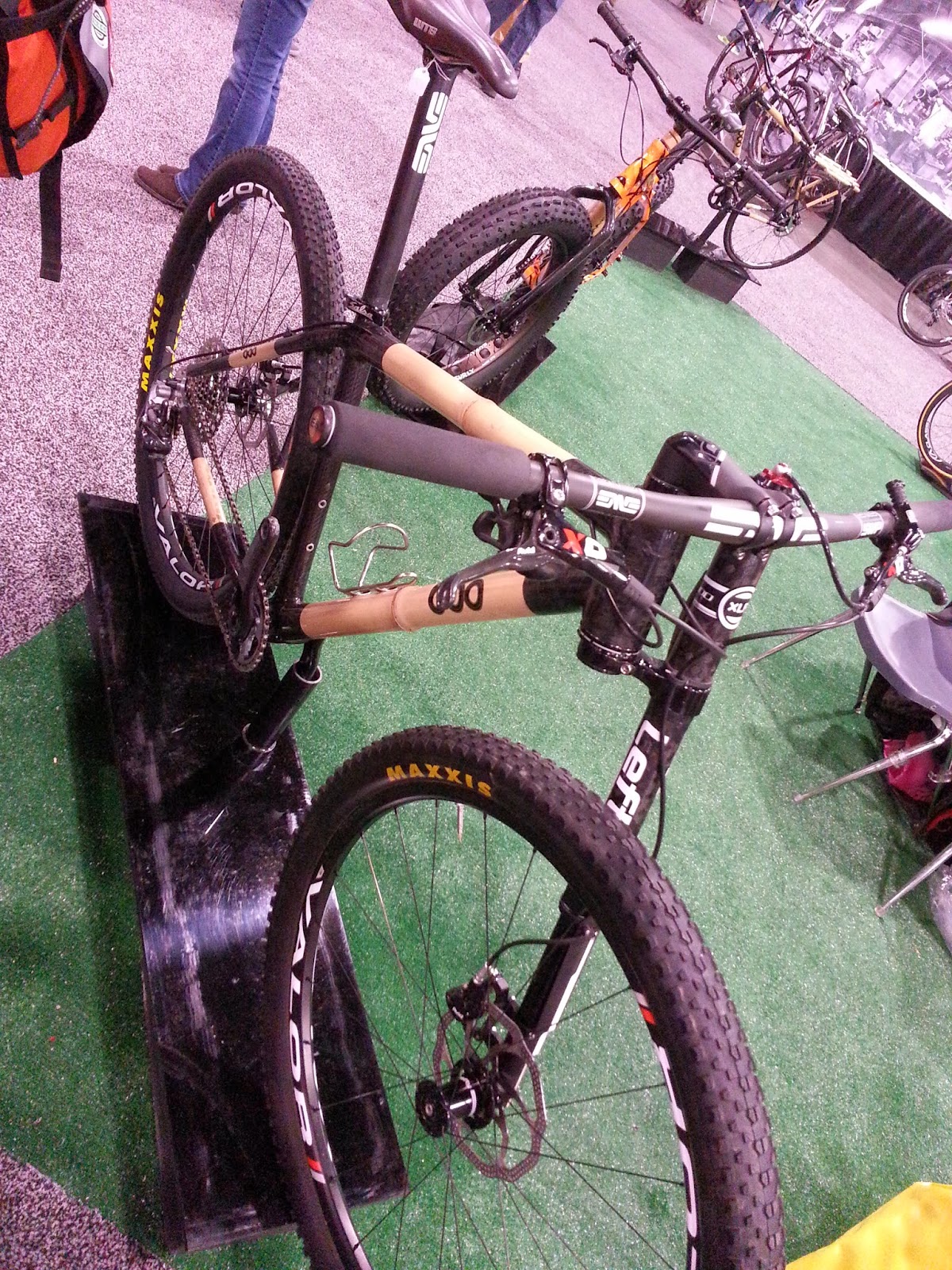 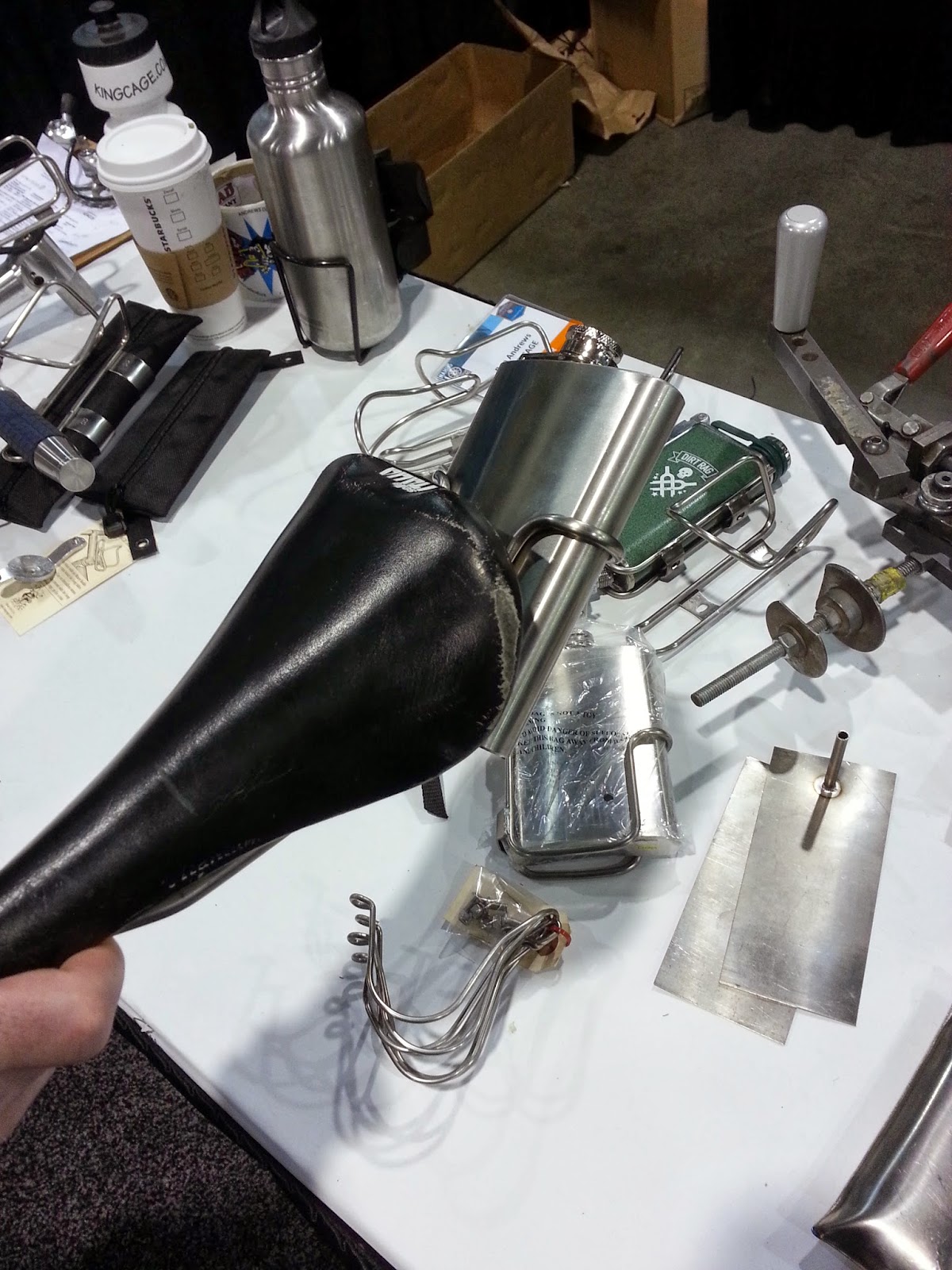 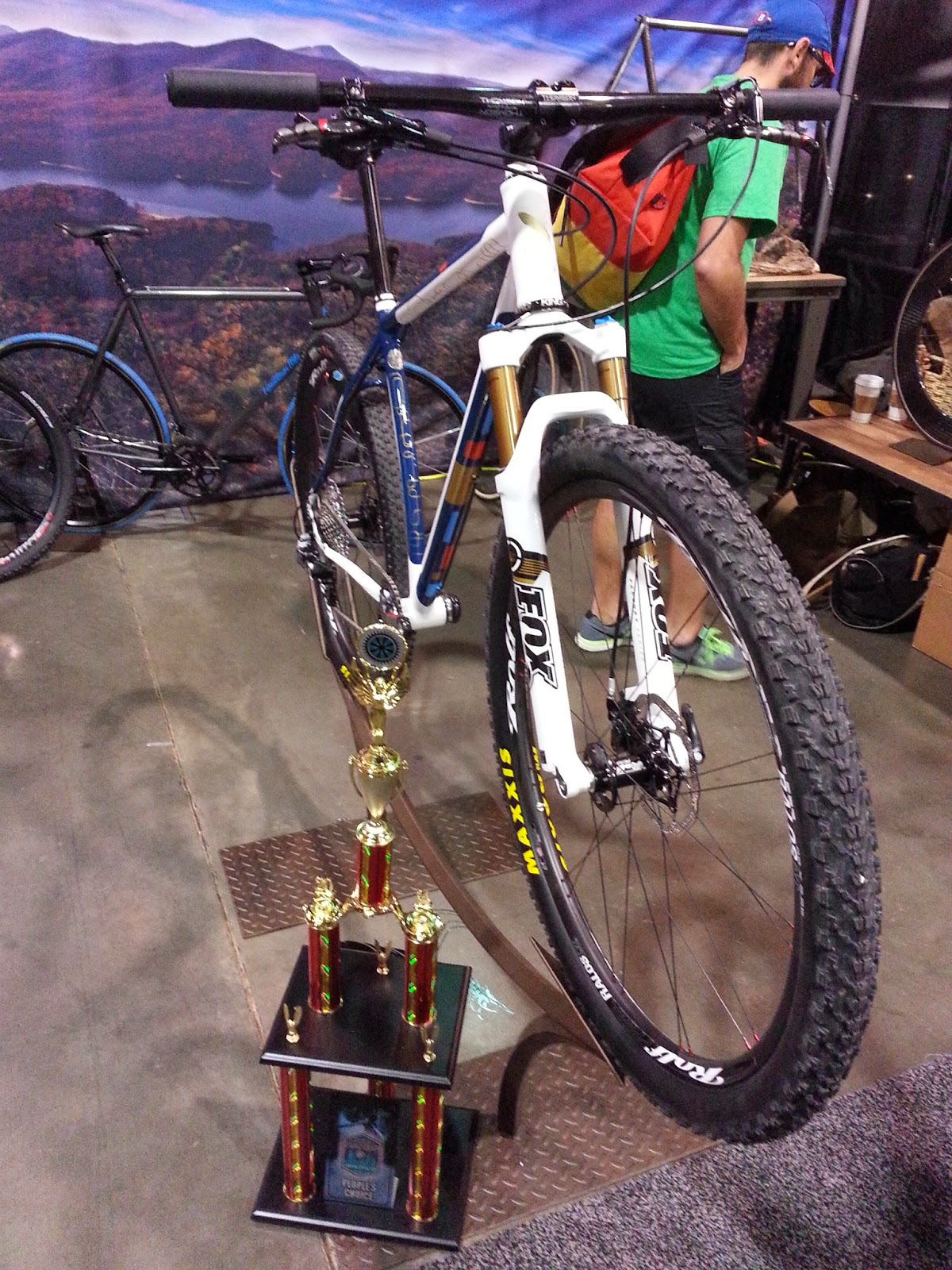 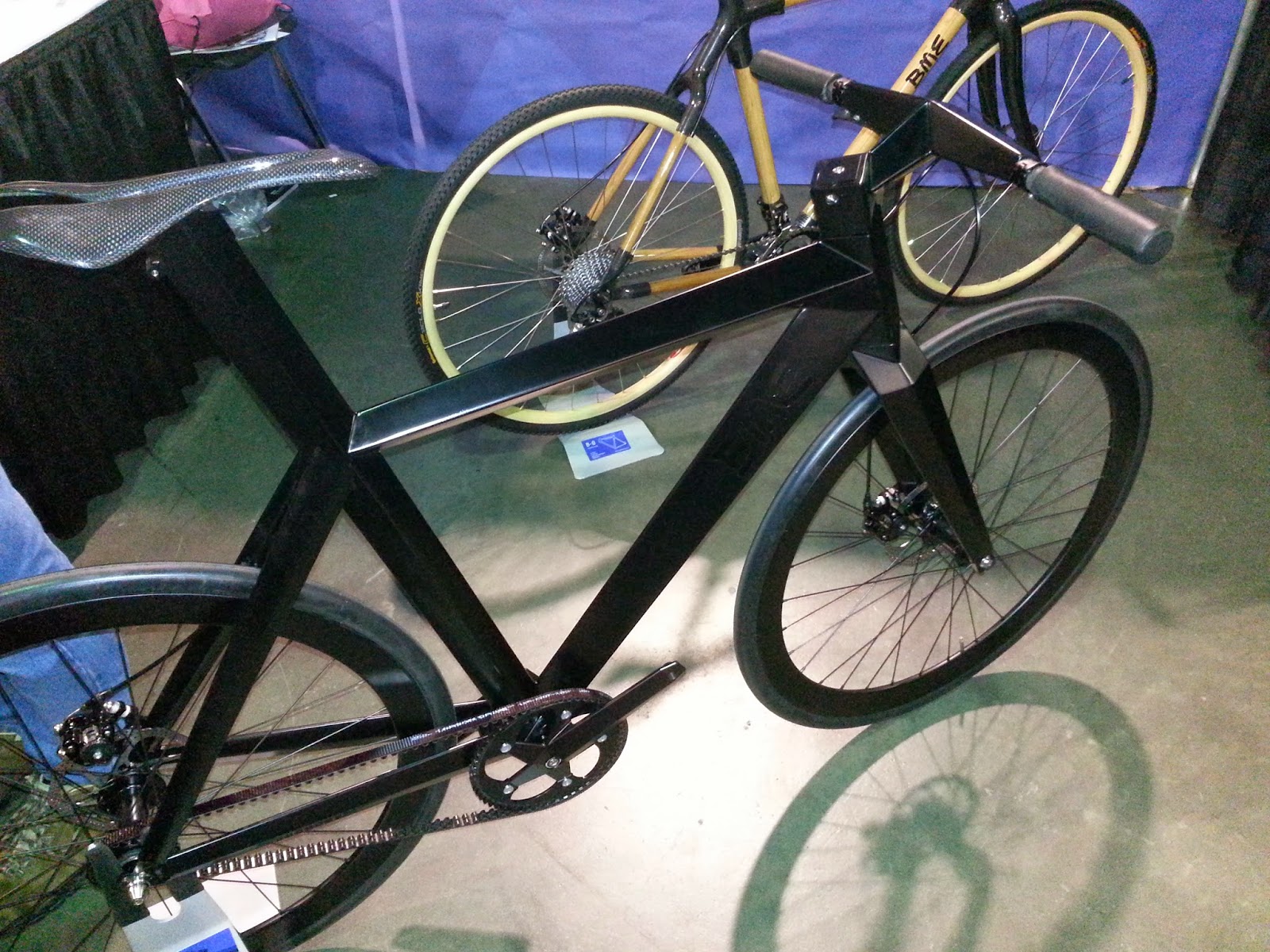 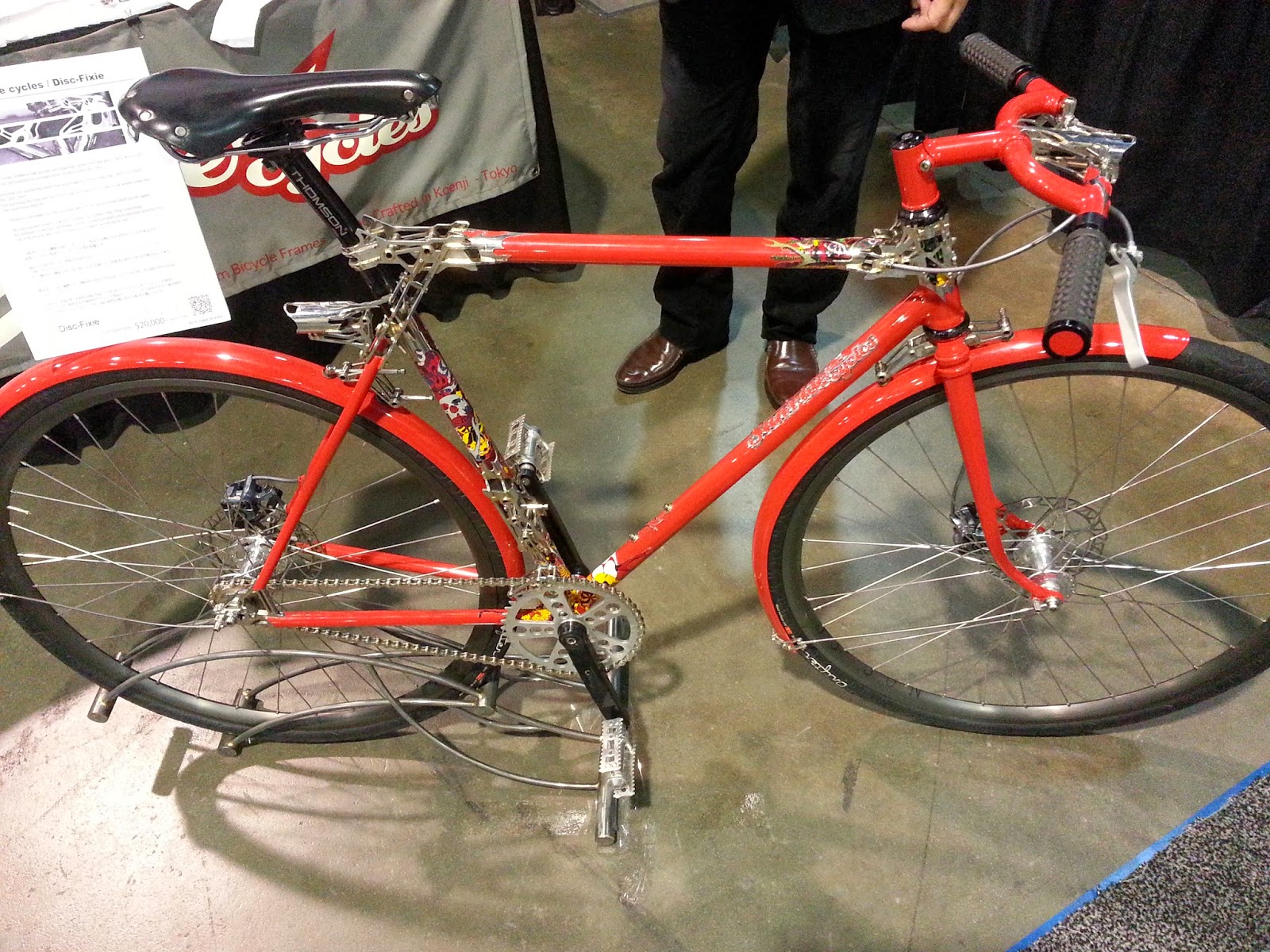 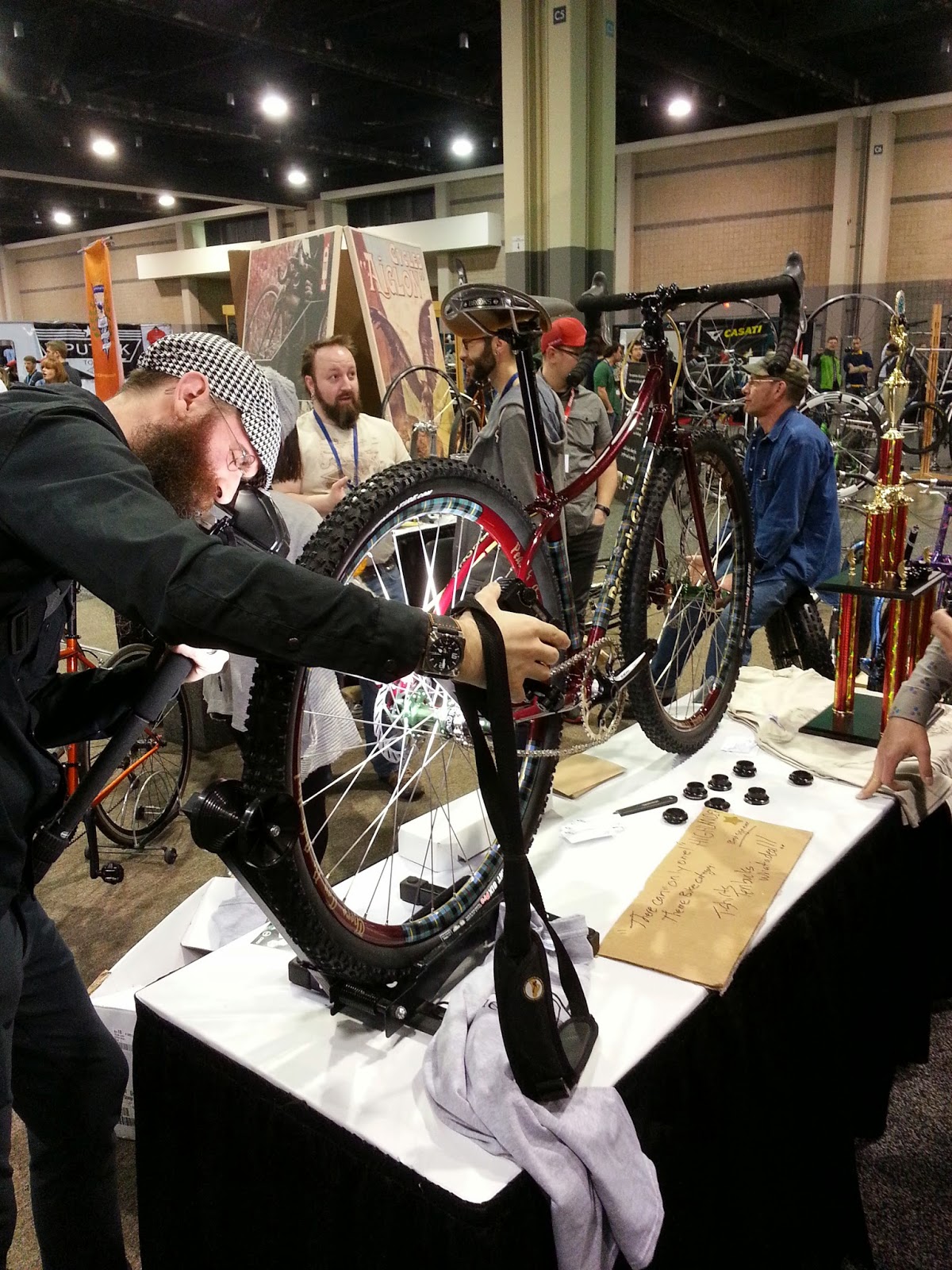 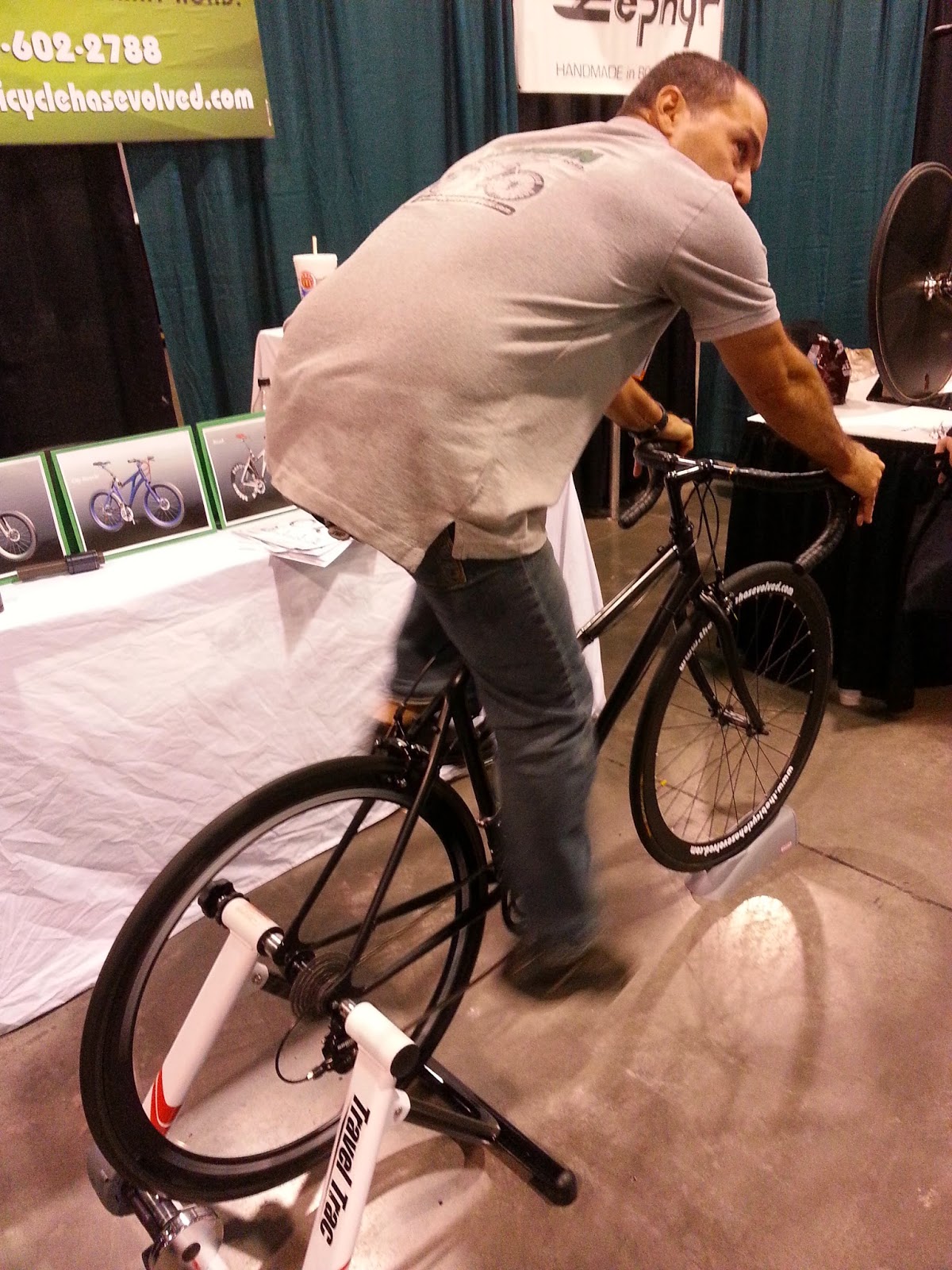 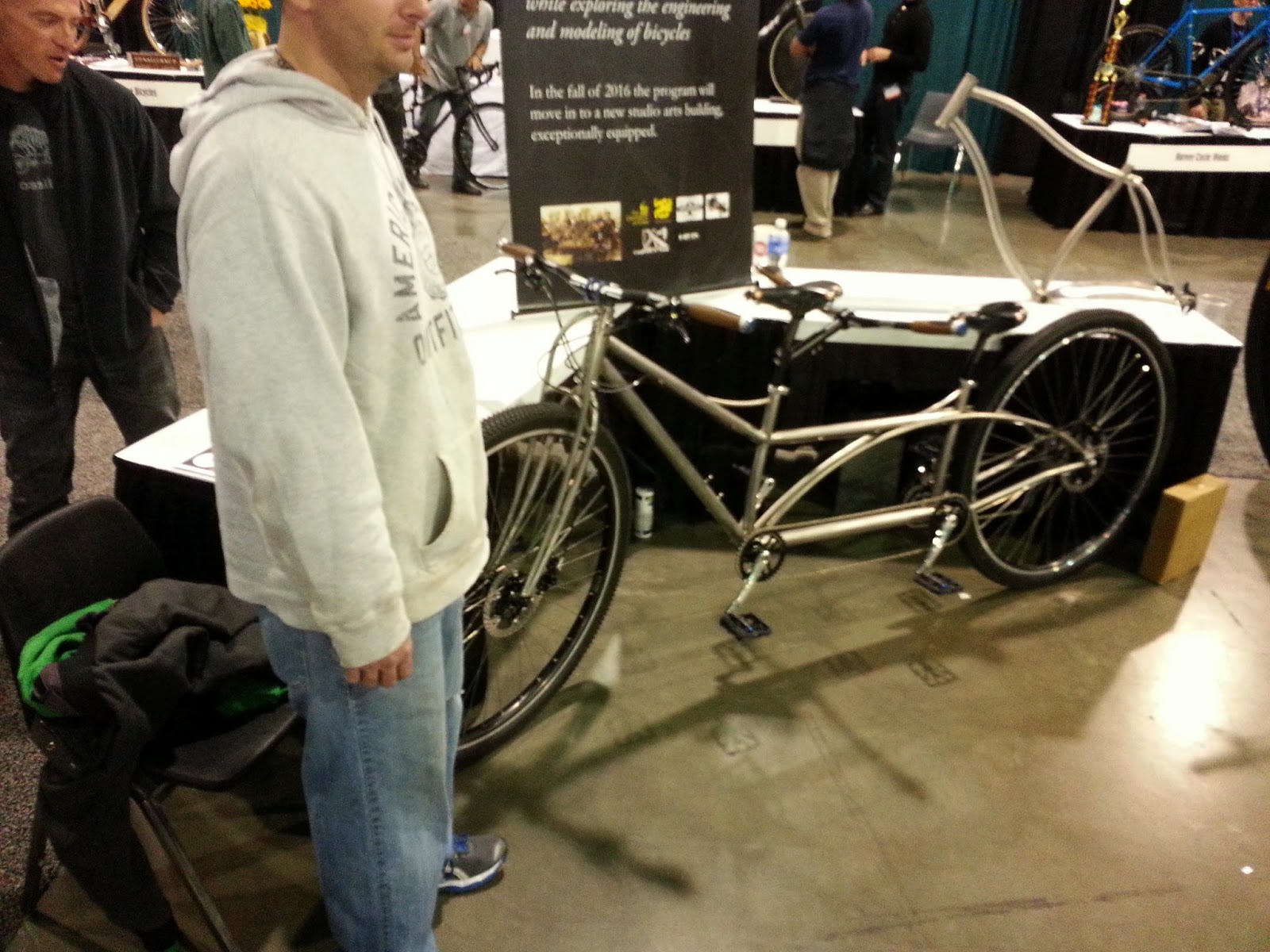 This one probably deserves and explanation, but I have no words. 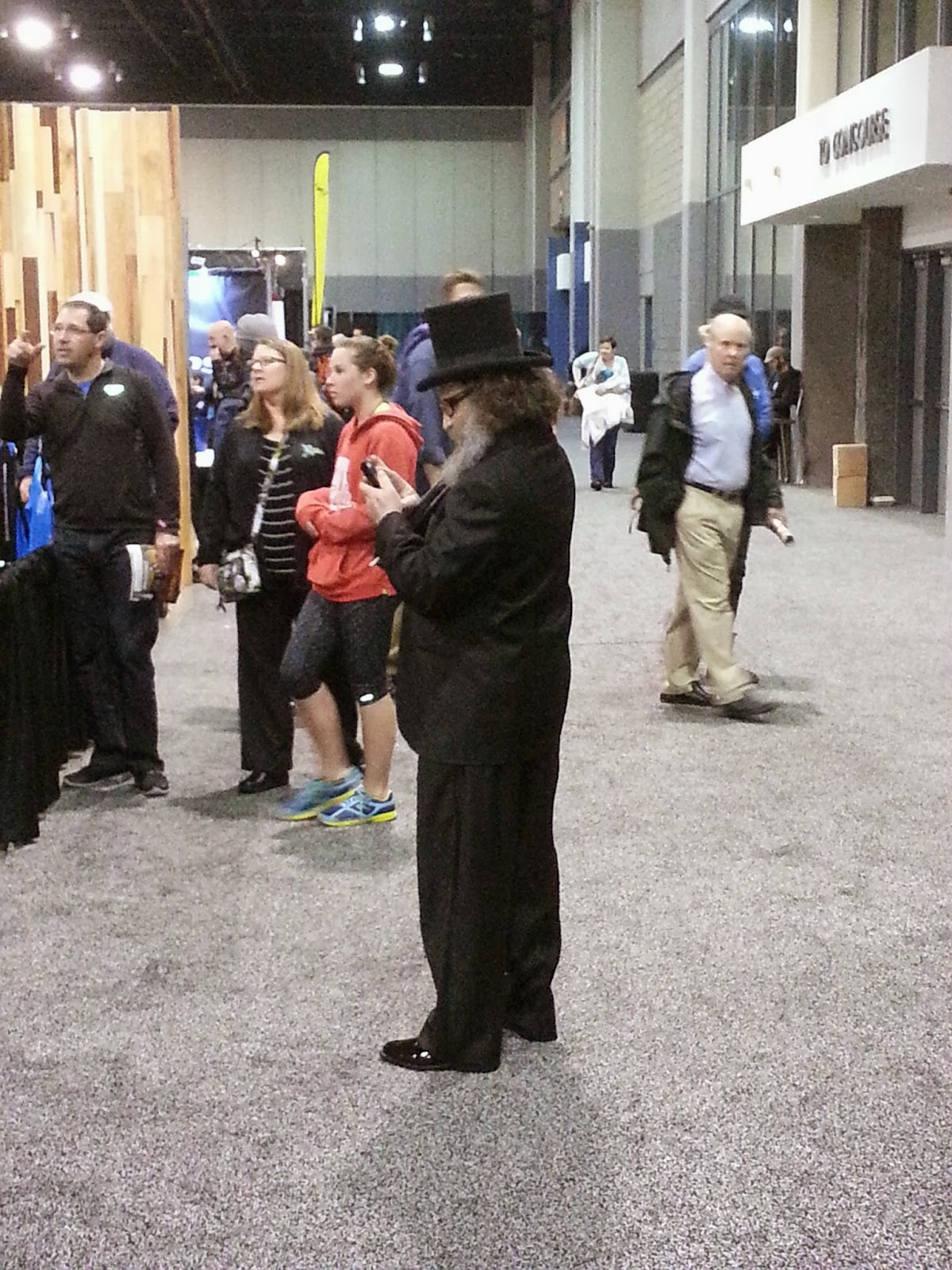 We looked, touched, and smelled everything (some people stunk), and made our way around to see all there was to be seen. After that it was back to the DeFeet booth, where Lunchbox had been put to work selling socks, and also modeling their new warm, fuzzy caps. 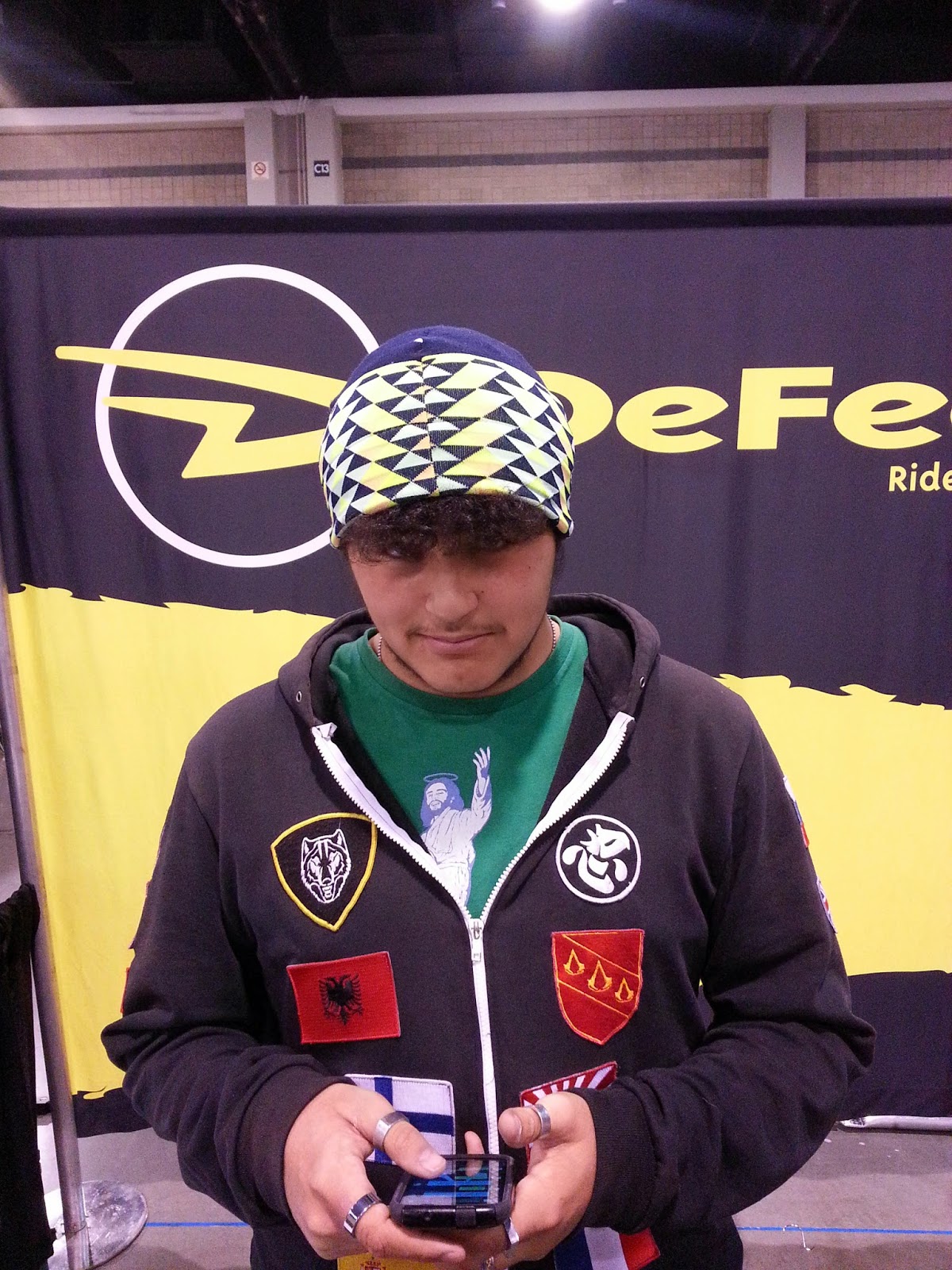 We stayed there until the show was over, and we got put to work too. Good Guy Greg and TomTom found out that knowing someone with industry connections has a huge benefit:


We got to help tear down the booth and take it all outside, to get loaded up for the trip back to the hills of North Carolina. 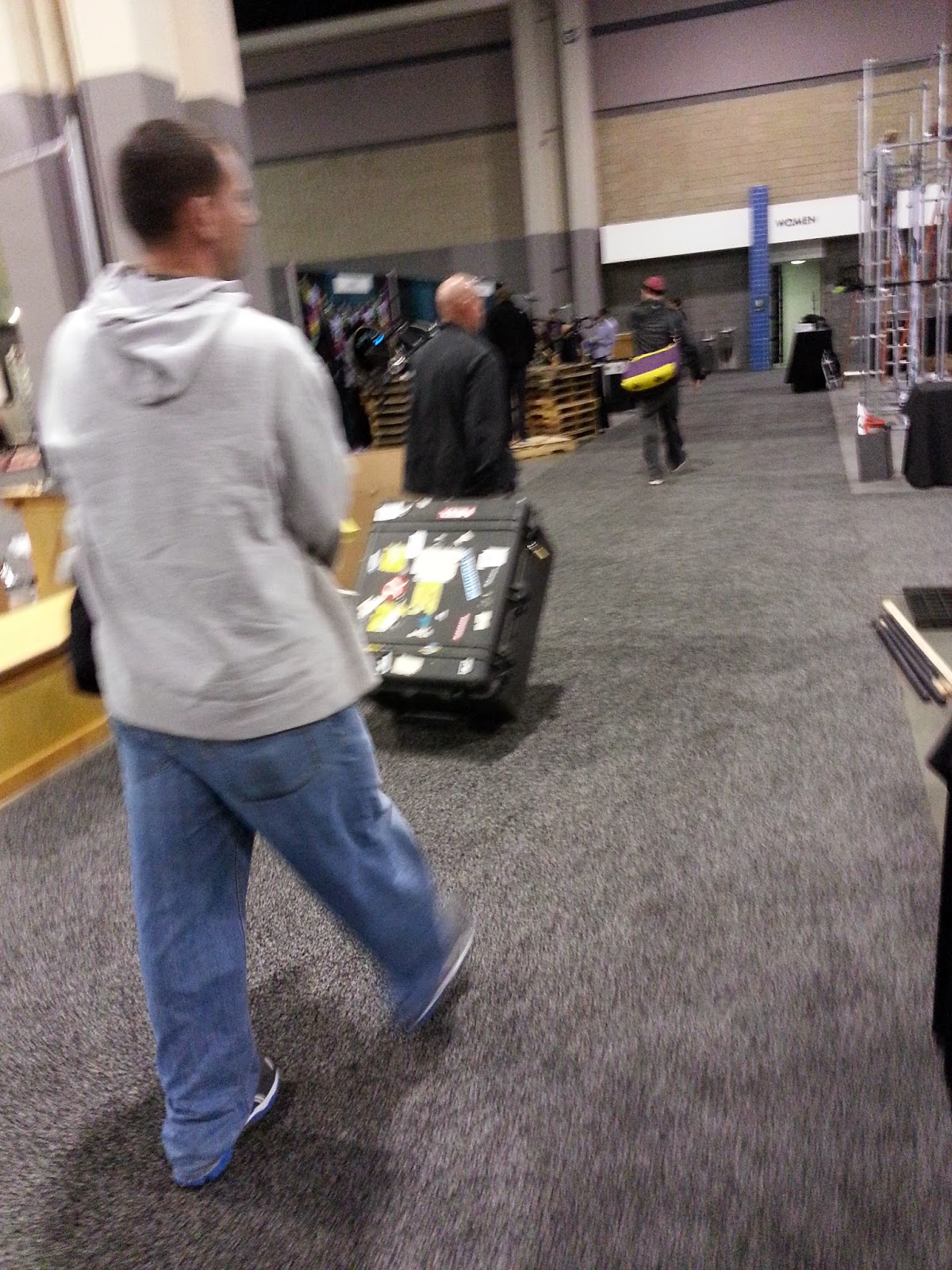 It was raining all day, but luckily Lunchbox found a way to keep dry by recycling a cardboard box. 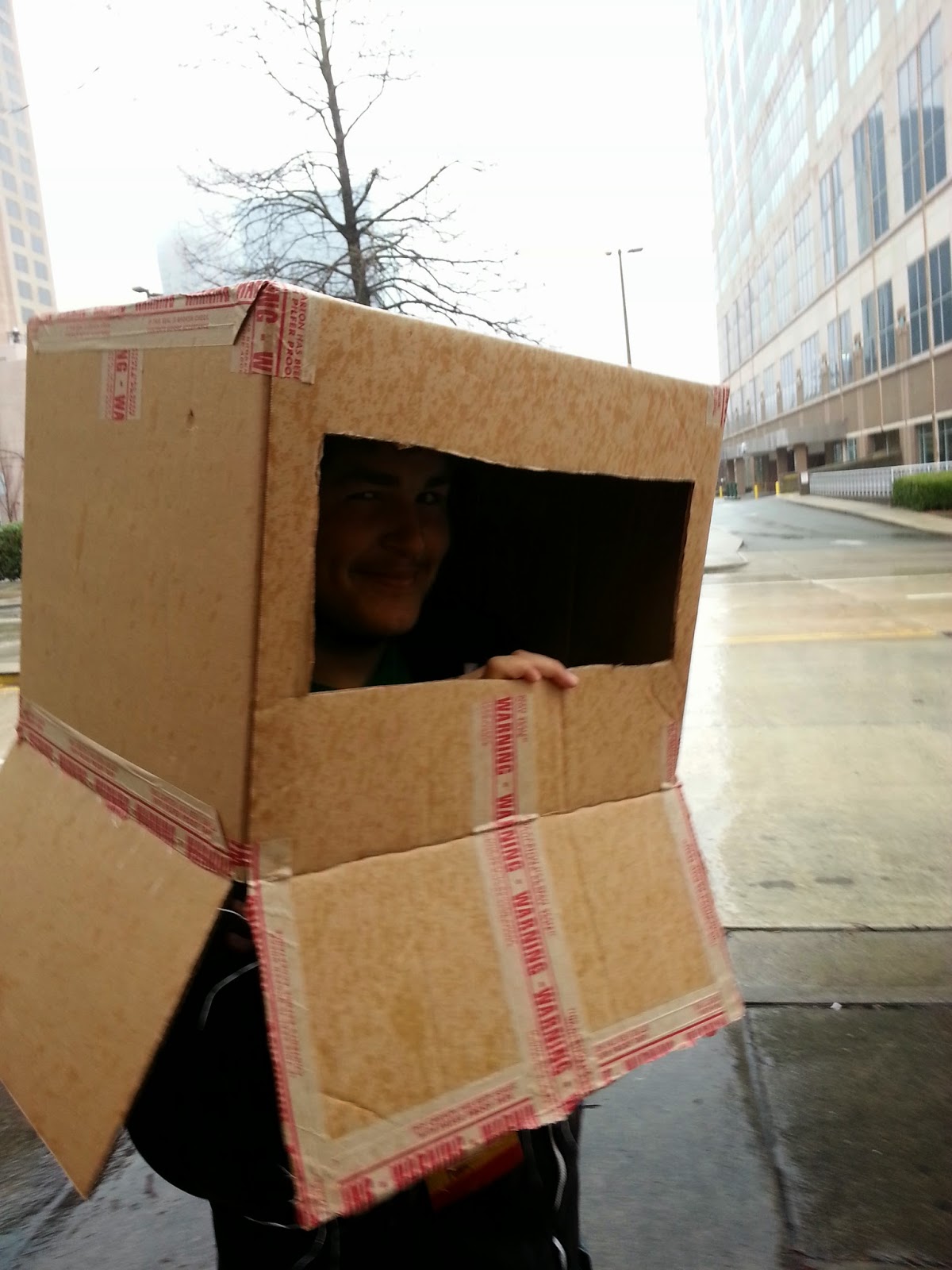 Yeah, I didn’t go to any of the local “Bike Show” parties or rides, but we had a good time. Although it wasn’t the most fun I’ve ever had, I was around bike stuff and that was pretty neat. I know now that I probably wouldn’t go again unless the show came back to Charlotte, because that handmade scene didn’t really do anything for me.


I guess it was a good way to spend a rainy afternoon though.

Luckily, Saturday was a much nicer day and I was out of town. We’ll get into that tomorrow.
Posted by TheMutt at 10:00 AM