I was tired, but all that climbing was worth it. We descended some pretty rad shit, which is the only reason I like to climb in the first place. Everything was steep, fast, and tricky, which made it all the more enjoyable. Some of it even made you pucker up a little. 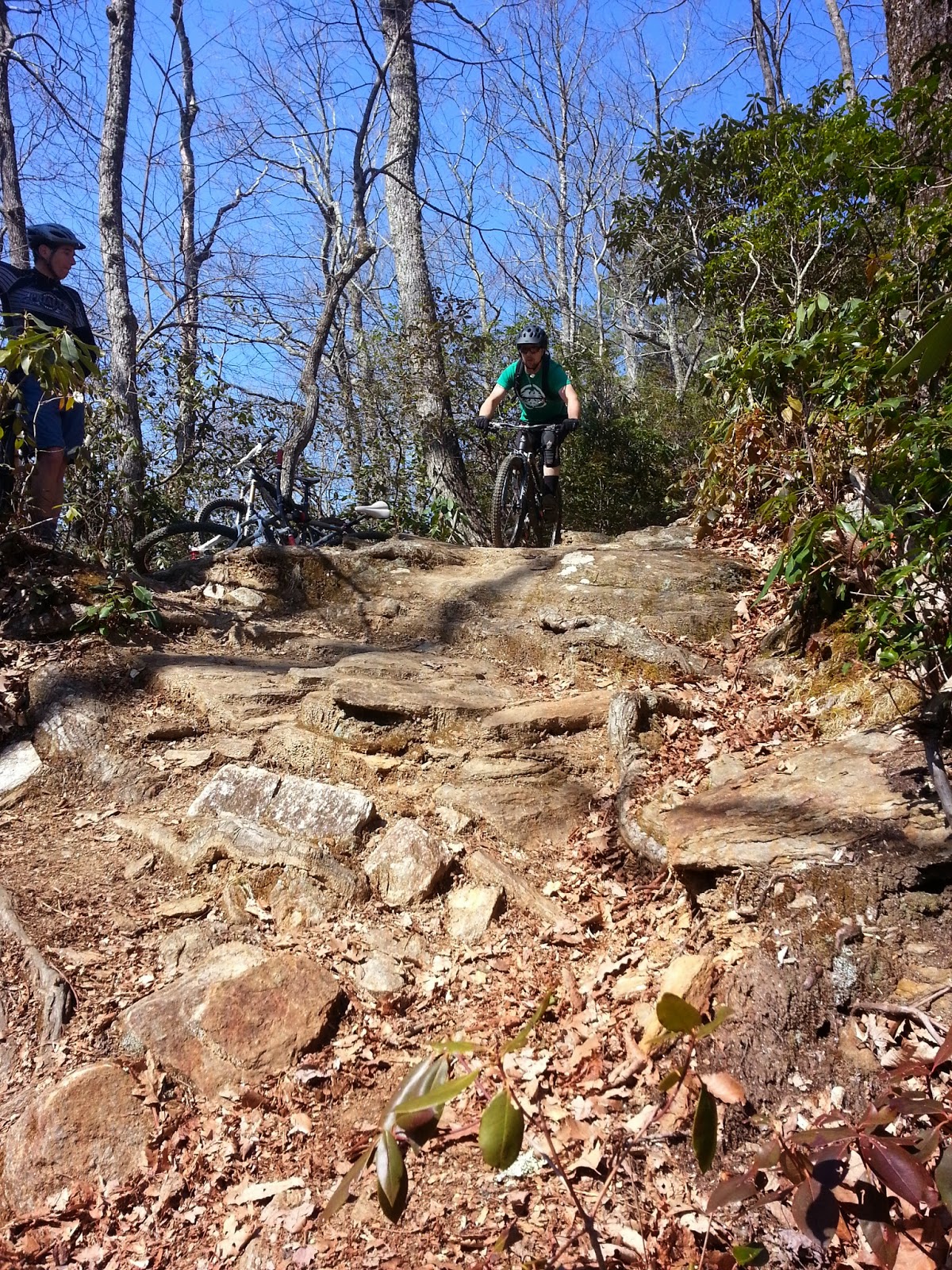 The guys on their full squish machines made it look slightly easier, but still pretty damn fun. I had to risk my life to get photographs, which meant leaning on a small tree so I wouldn’t tumble to my death. 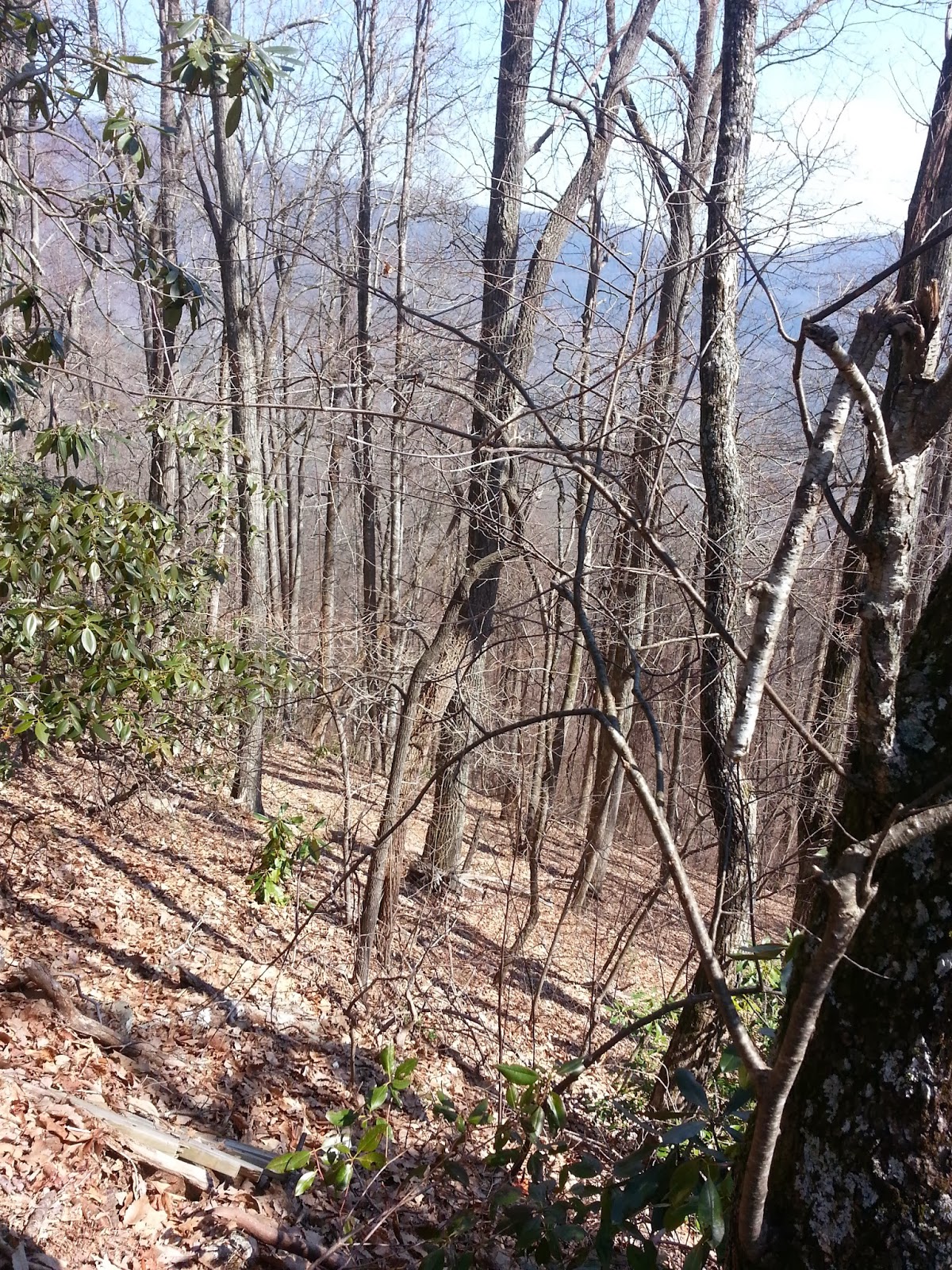 I had a good vantage point that was out of the way though. 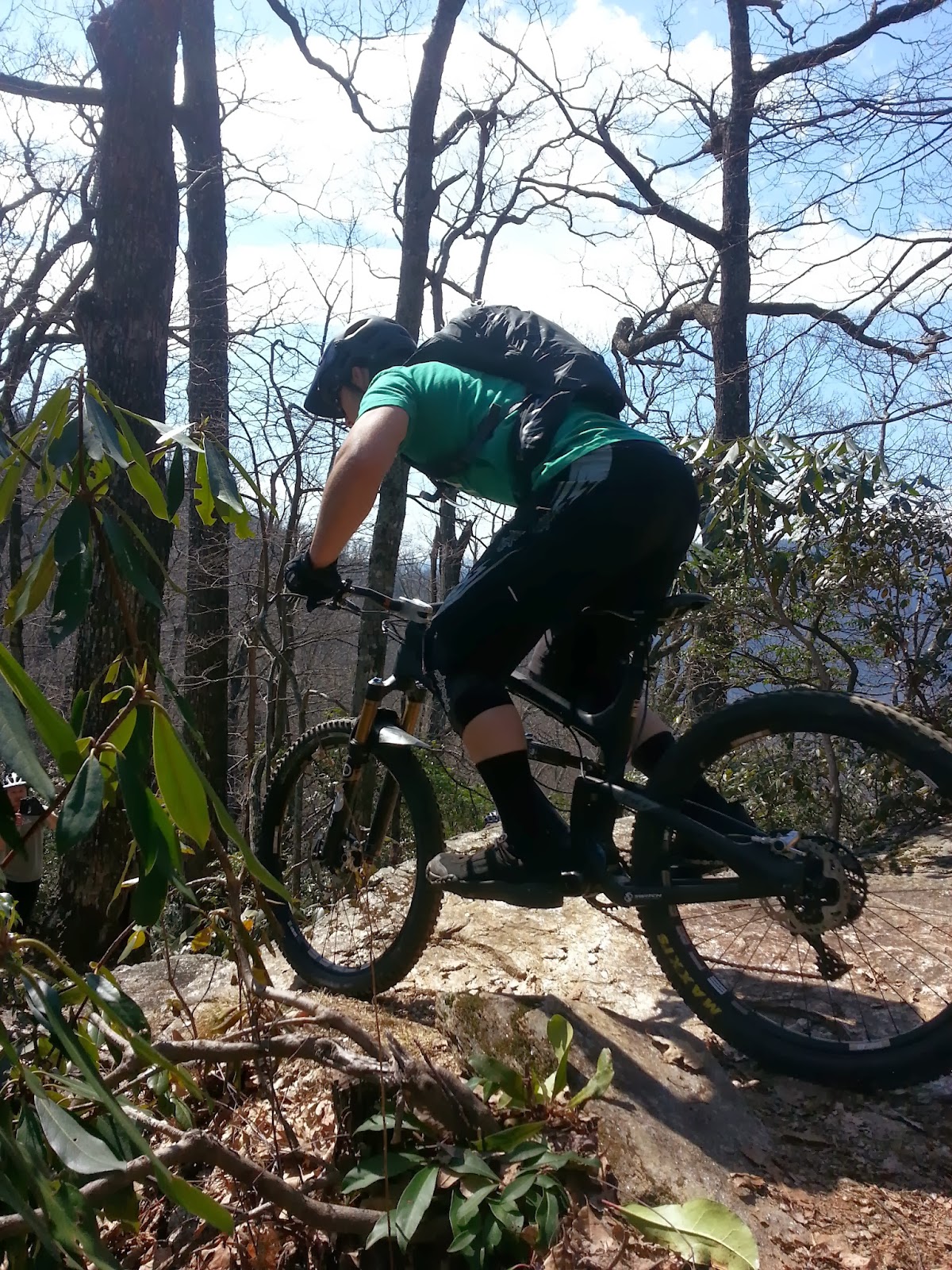 I can’t even begin to tell you everything we rode (my memory is a little fuzzy), but damn it was fun. Climb, descend, and repeat was the theme for the day, and I had the perfect bike for it. The Executor (my Niner ROS9) took the downhills like it was on autopilot, even when my dumb ass forgot to unlock my fork going down Black Mountain. The climbs were a little tough because that bike is almost ten pounds heavier than my “race” bike, but it was worth it for the reward I got on the technical shit. Yes, my Pisgah bike finally got out to the real Pisgah, and it did not disappoint. I’ve built a proper bike for real mountain biking and I could not be happier.


It was an epic day (at least for me right now.) 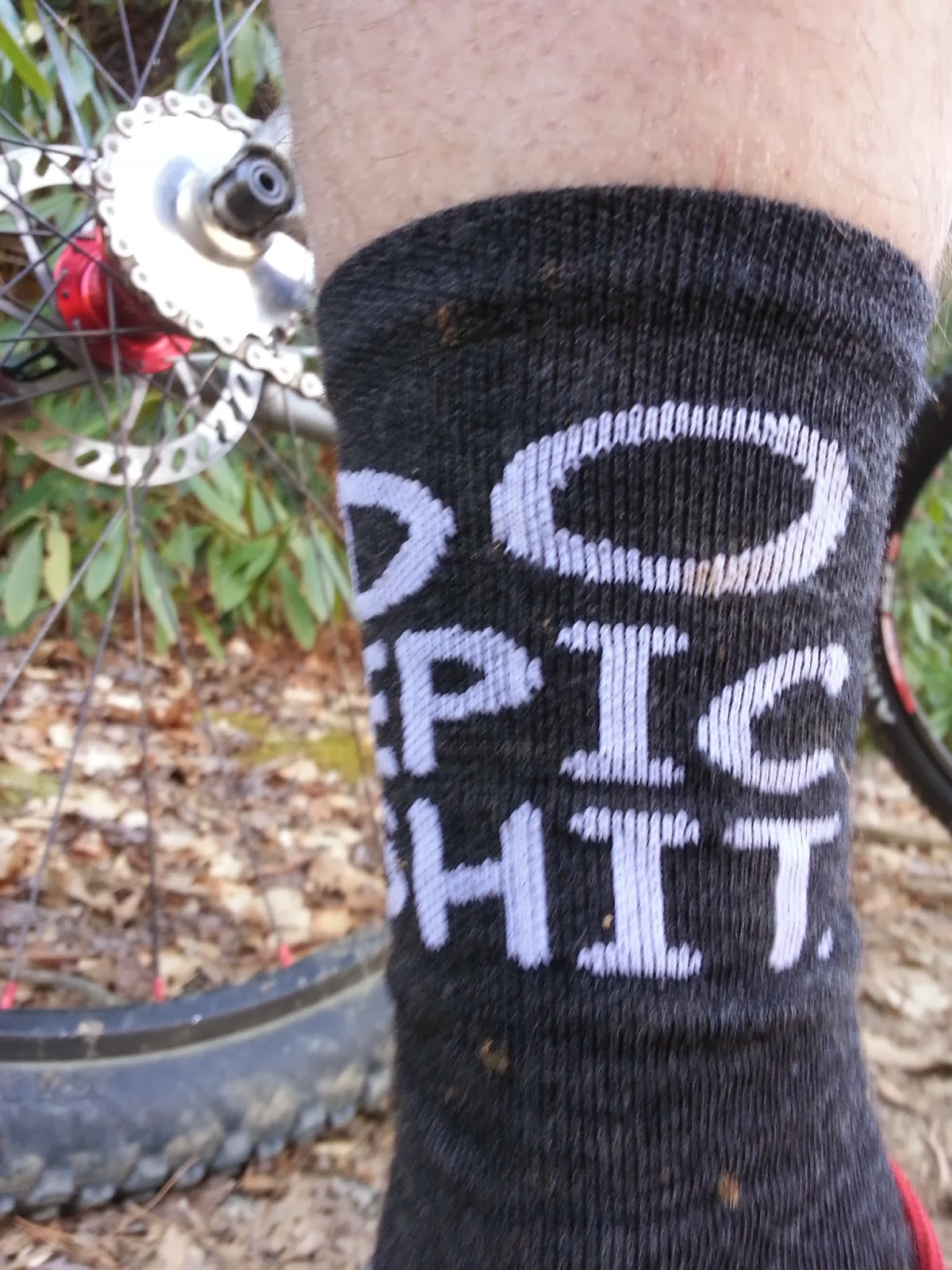 Yes, that’s the new “Do Epic Shit” DeFeet sock designed by Sonya Looney. It was appropriate for riding in Pisgah all day on my steel single speed I guess.


I can see this becoming more of a regular thing. Some cool people on some of the best trails anywhere, topped off with post-ride beer at The Hub made for a good day and it made me realize why I love riding bikes. Road, urban, and local trail riding is just fine, but if I ever need a pick me up I’m gonna head back to the hills again.


Hell, I’m going back soon anyway. That should keep me from getting in a funk again.

Those socks in inventory at DeFeet?
Ain't steel cool?