While the original intent for our trip to Florida was to go stay on an island, we didn't really plan to hang out on the beach like most people do. We brought bikes of course, and they wouldn't just be for traipsing around little beach towns.

We wanted to ride trails, so we took off early Friday morning to Ocala to ride Santos. 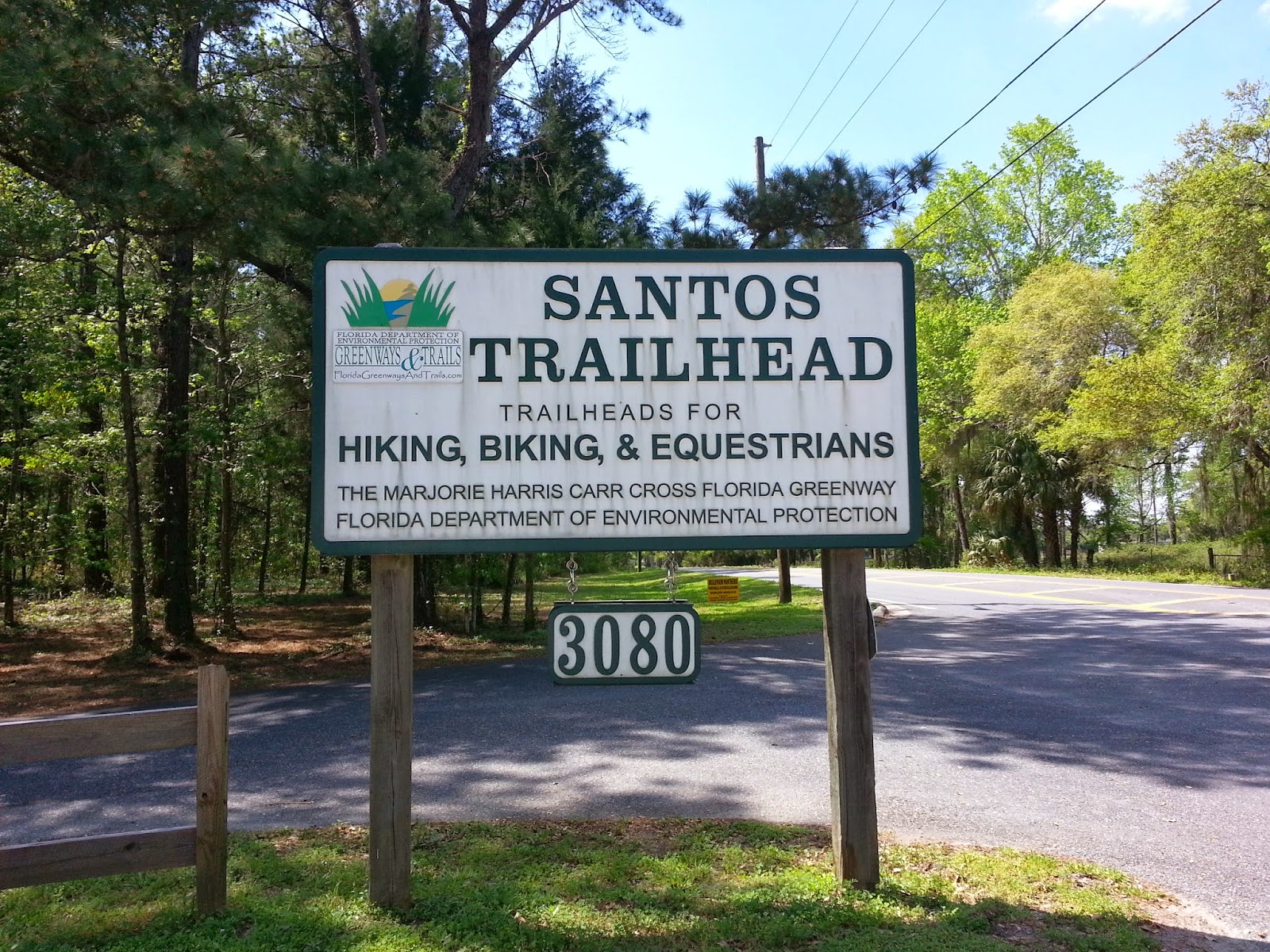 I know, I was just there a month ago. Little Miss Sunshine has never been there though, and being the nice guy I am I decided to show her around.  She had fun right from the start. 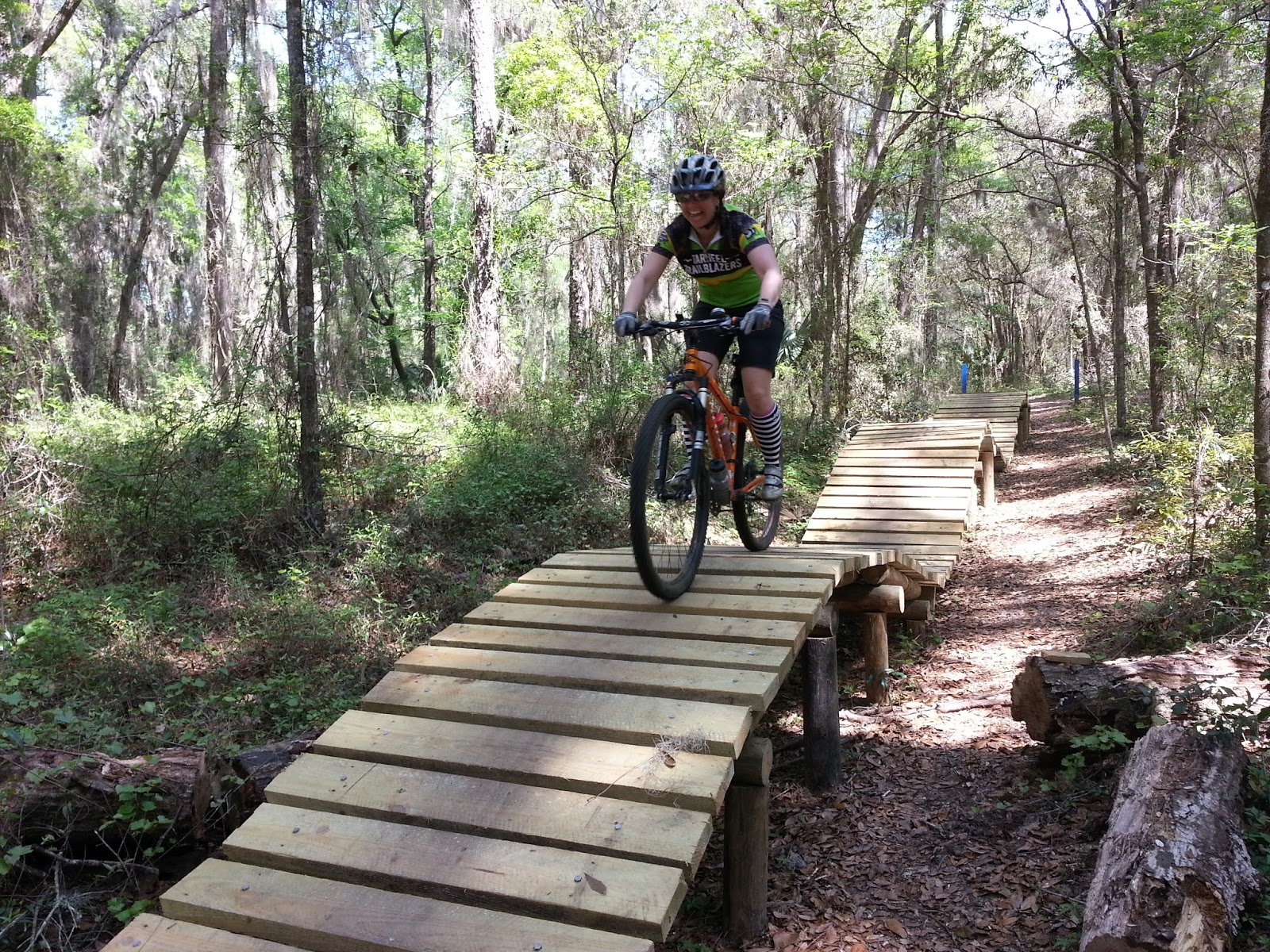 And she was even kind enough to take photos of me “shredding the gnar.” 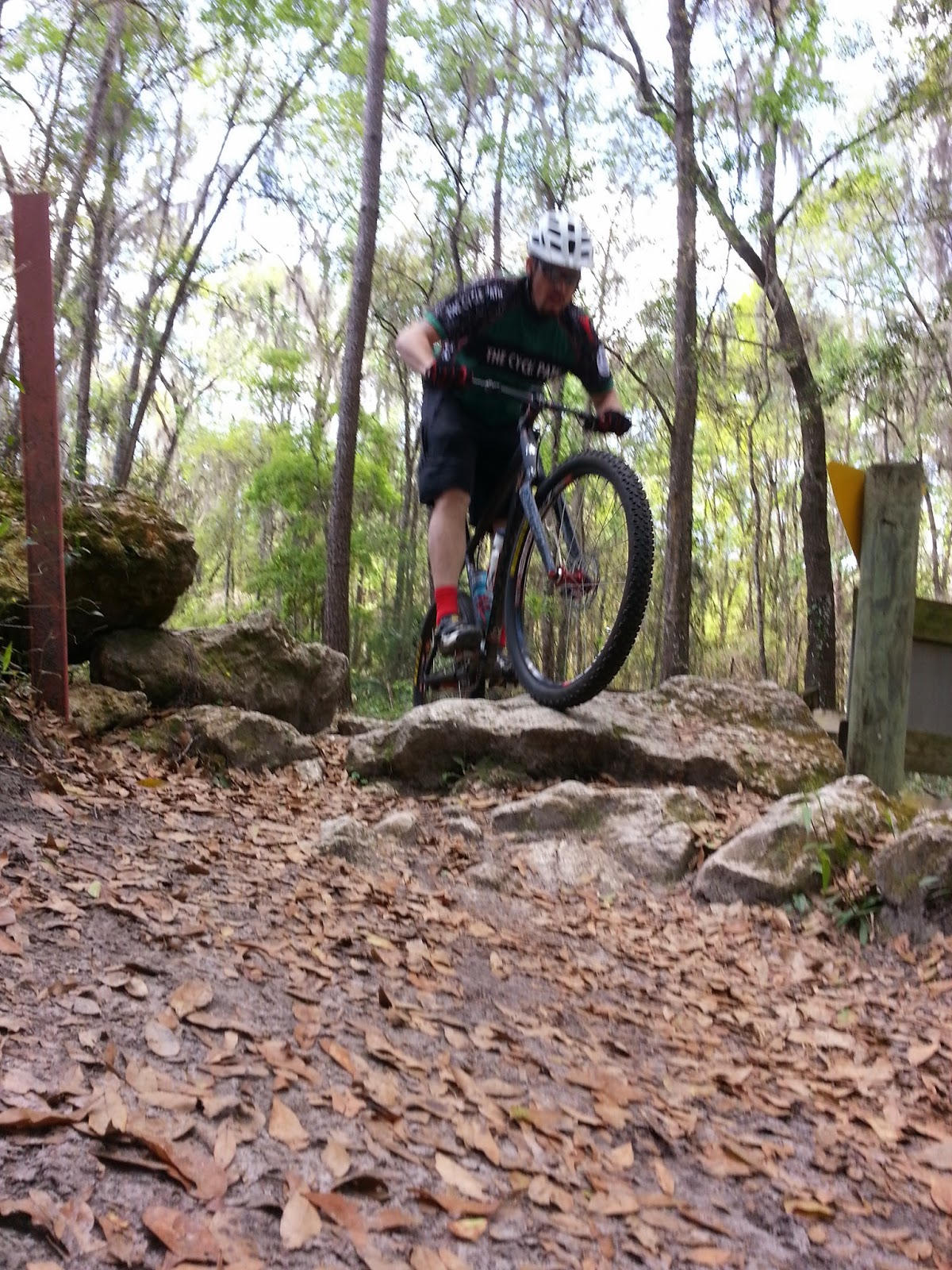 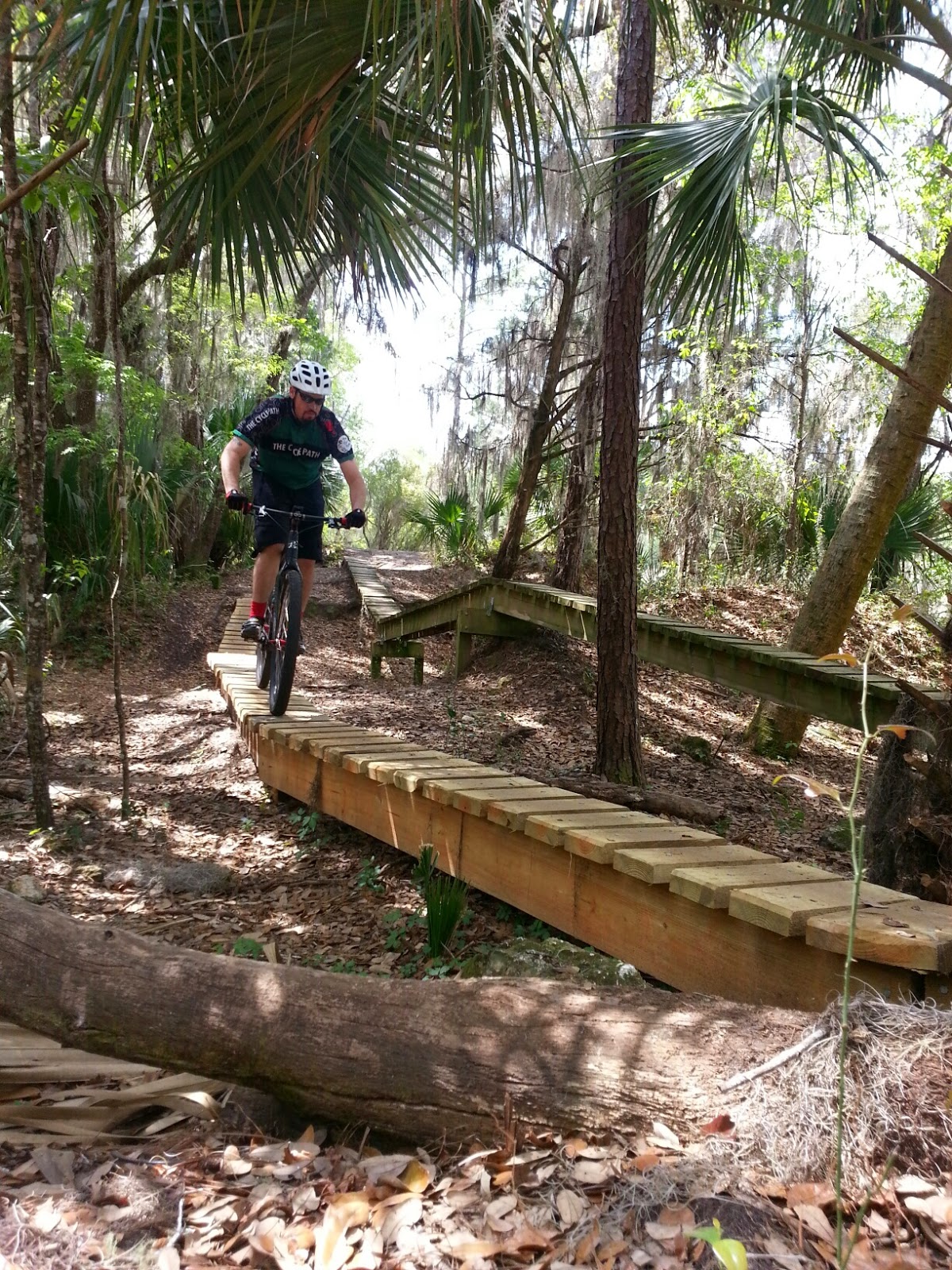 Sure, it's pretty flat down there (aside from a few rocks and the dug out pit in the Vortex area), but there have been some big improvements since I moved away from the Sunshine State.  Ray Petro (of Ray's Indoor Mountain Bike Park fame) relocated to the area, and he's been busy building all kinds of fun stuff. 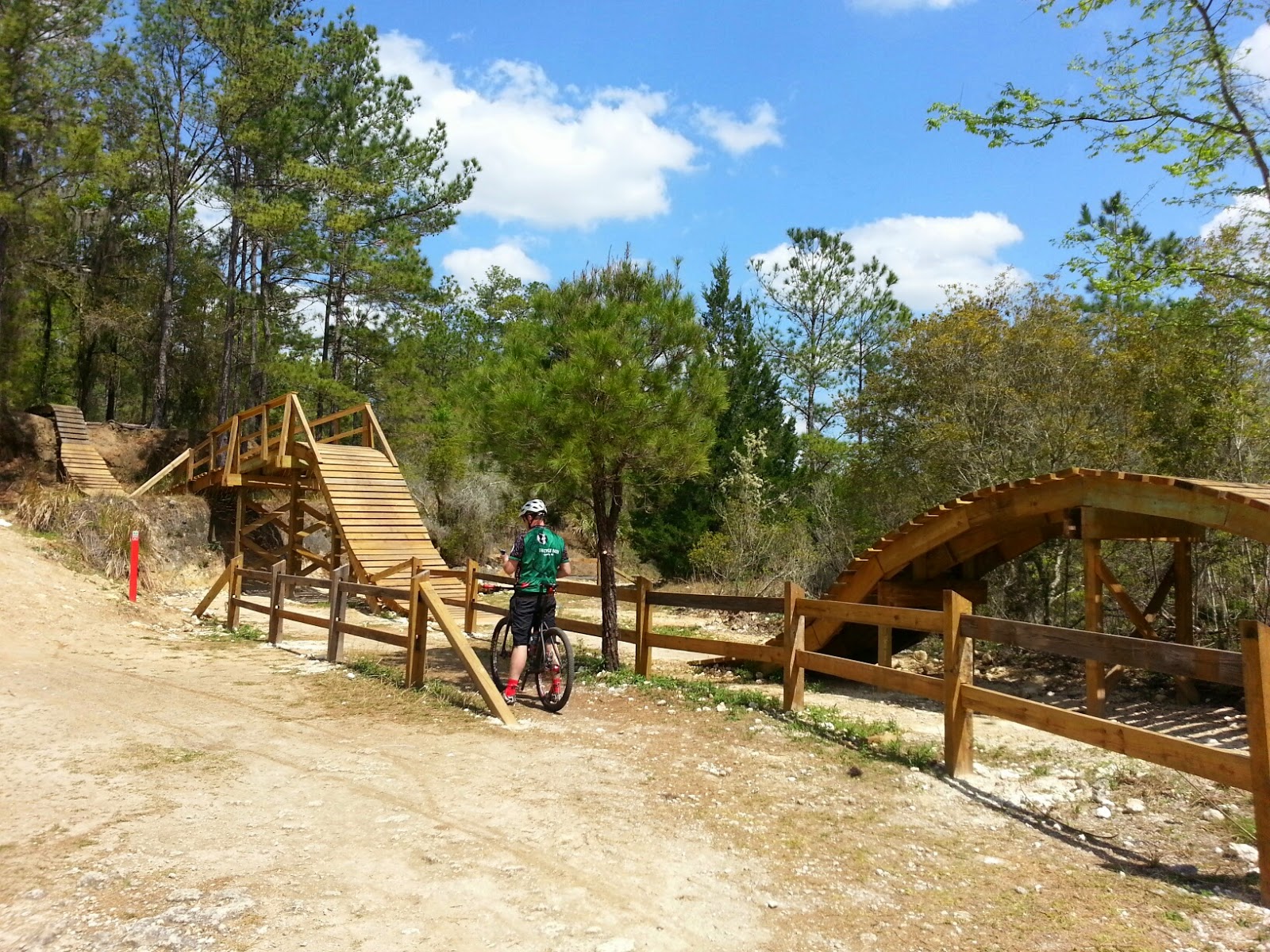 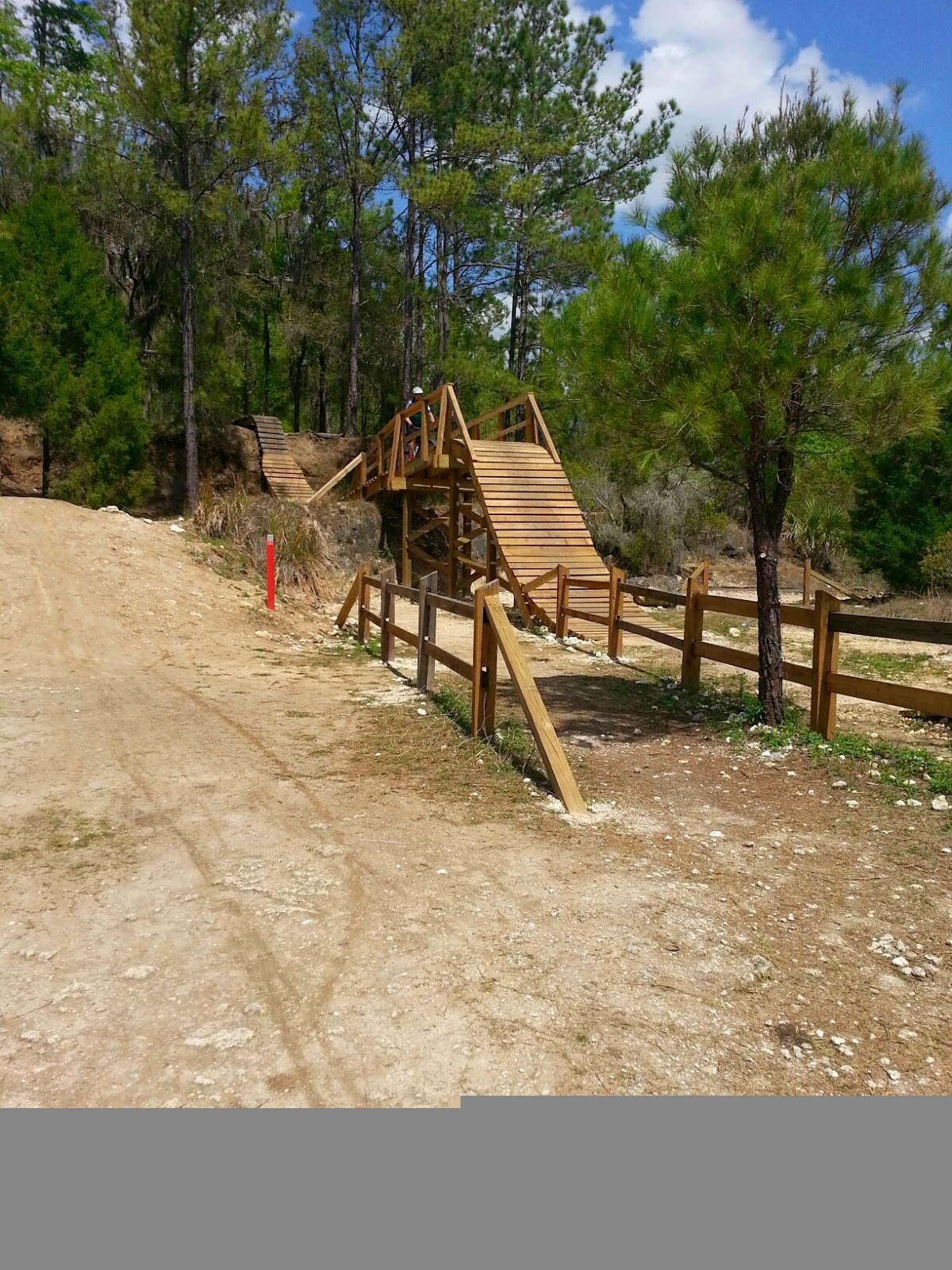 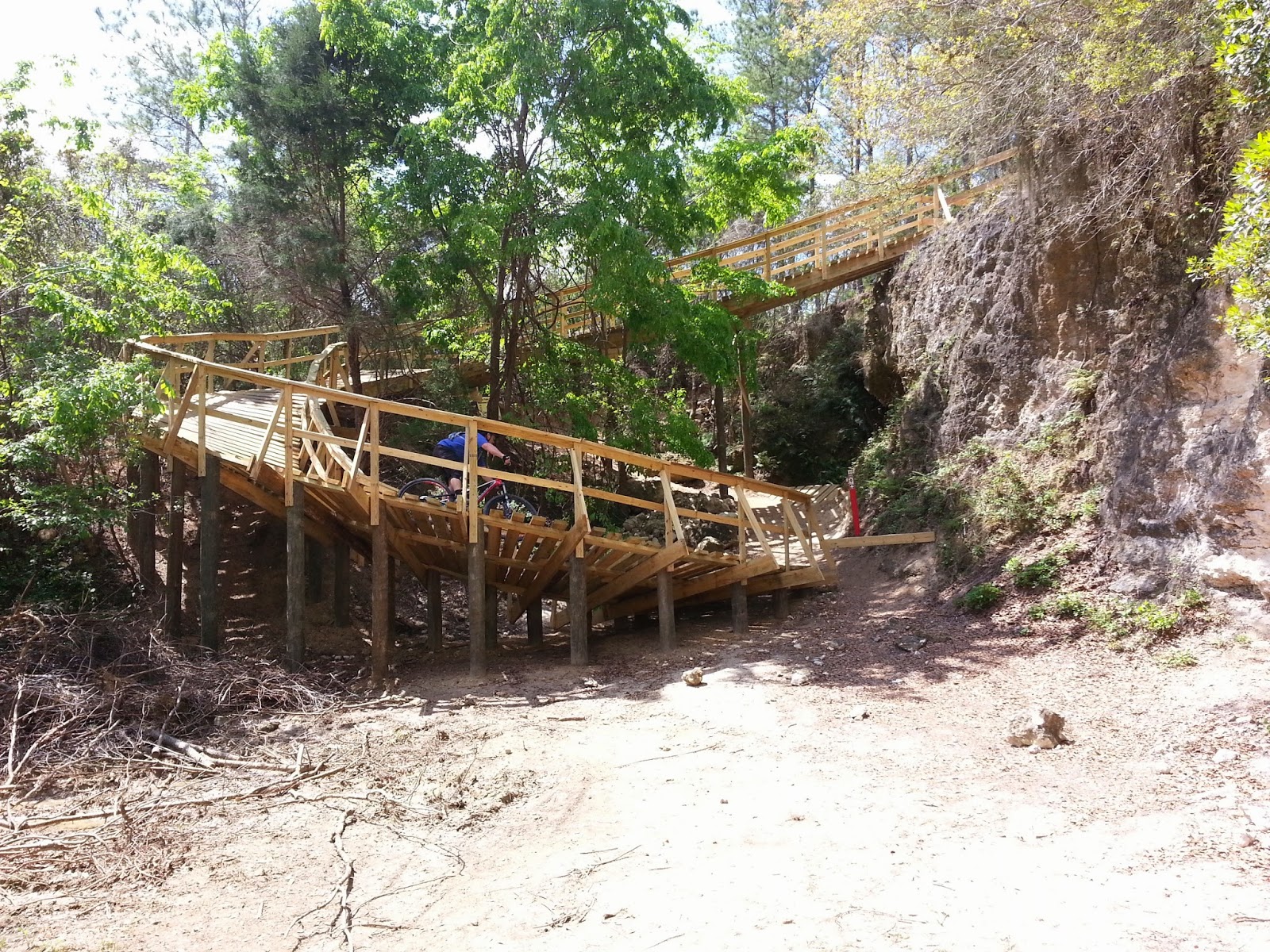 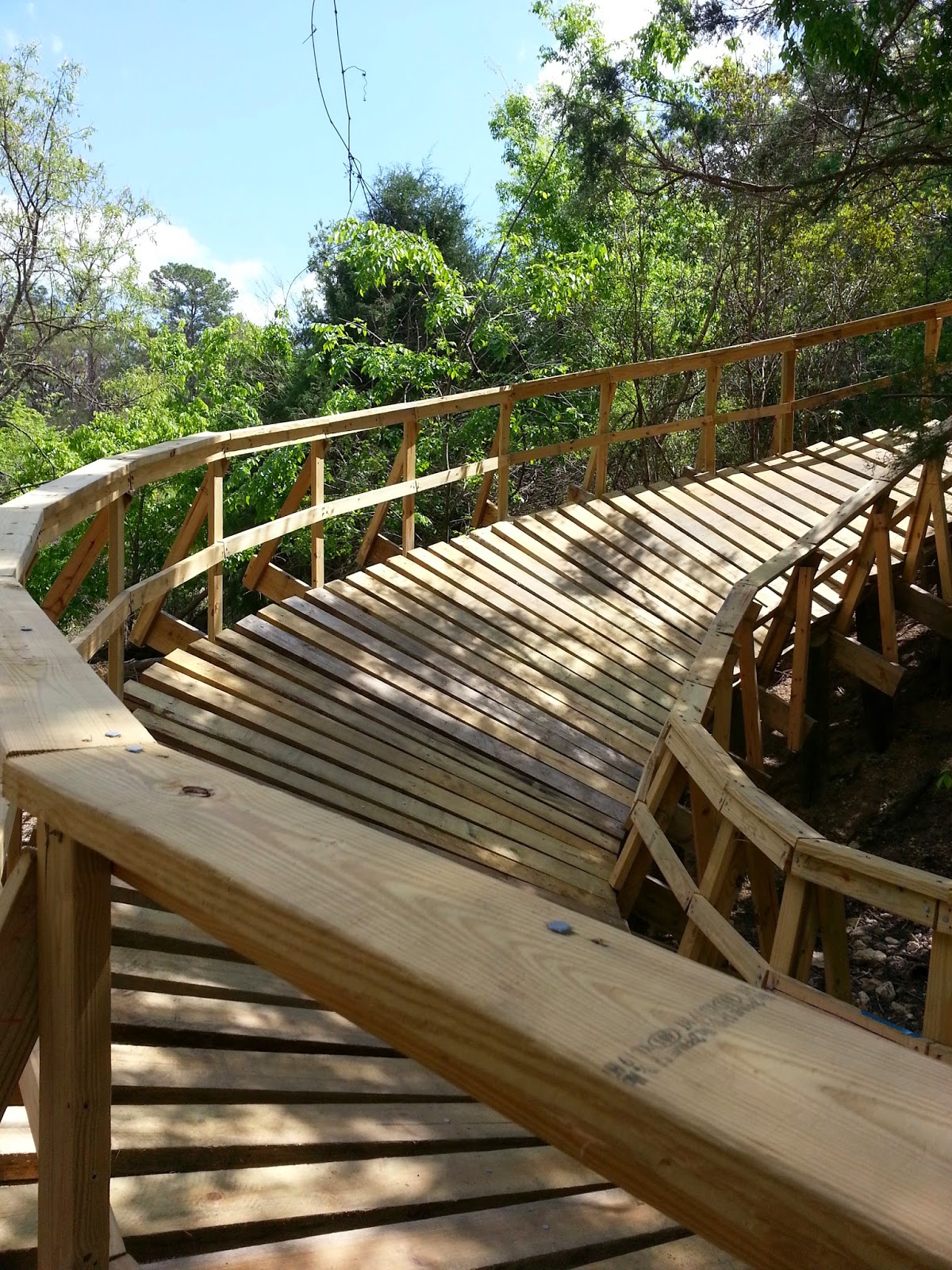 Little Miss Sunshine wasn’t sure at first, but then she went for it. 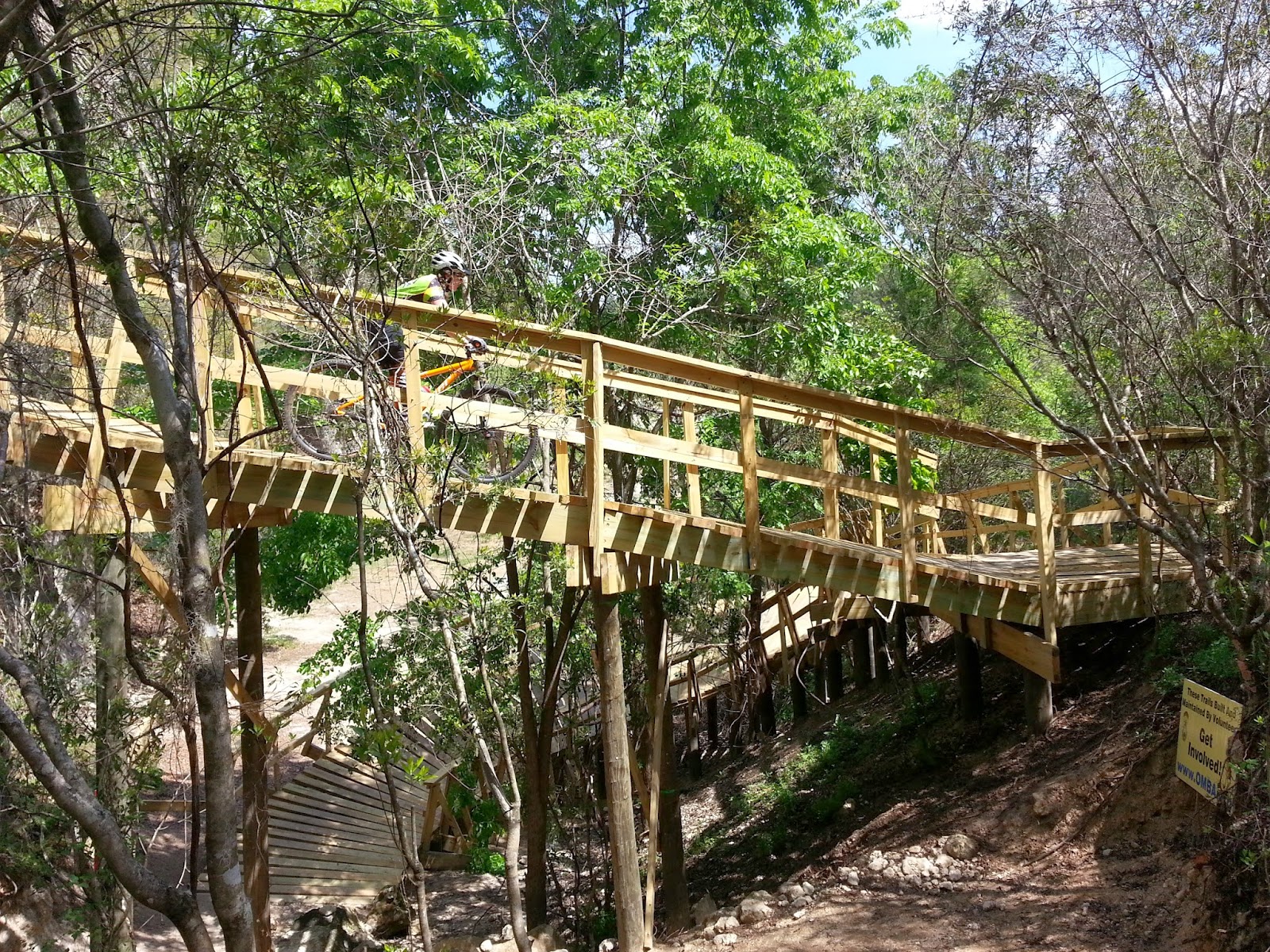 She only panicked on the easier stuff for some reason. 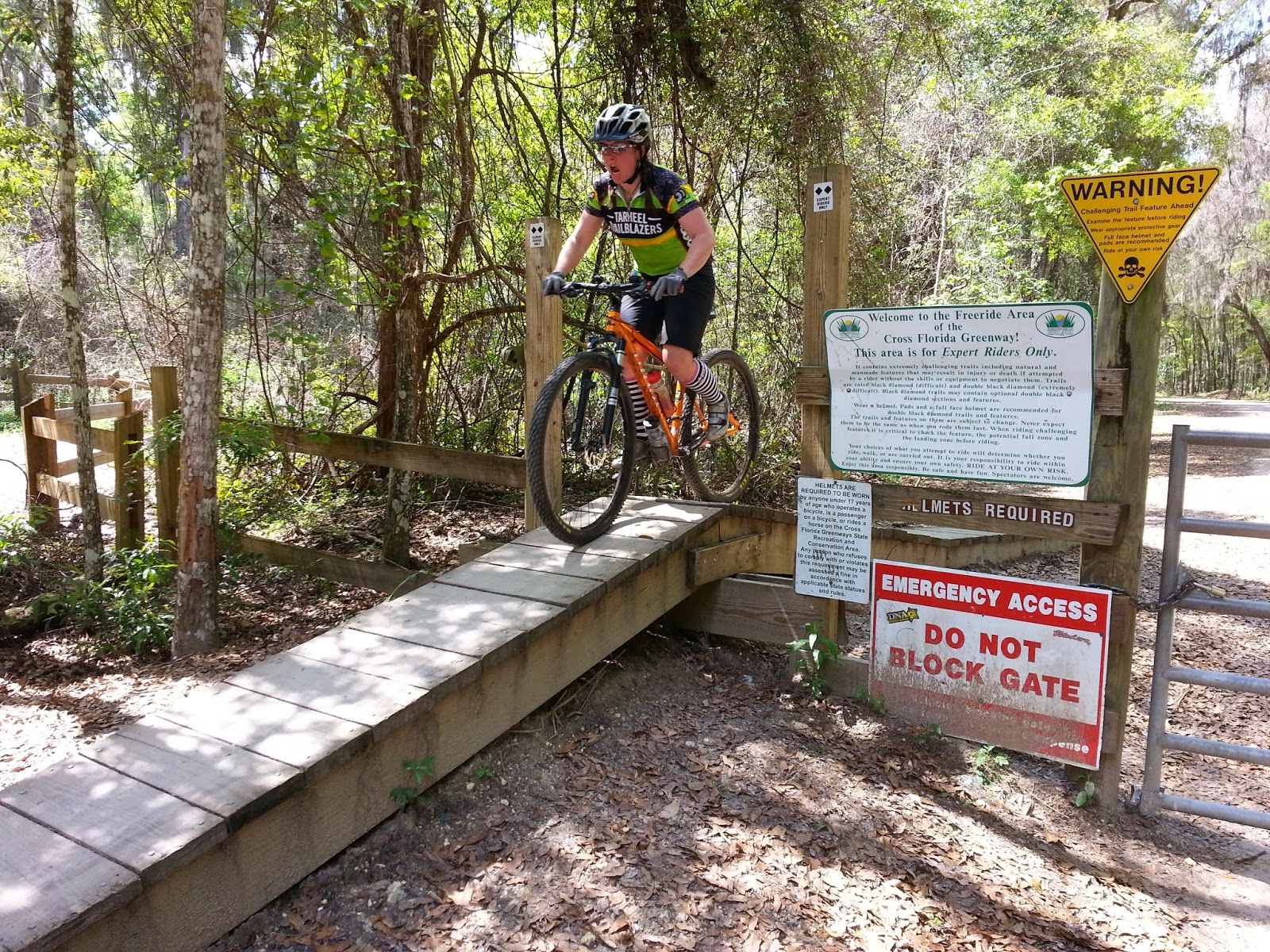 After all that fun stuff in the Vortex, she found a trail just her size. 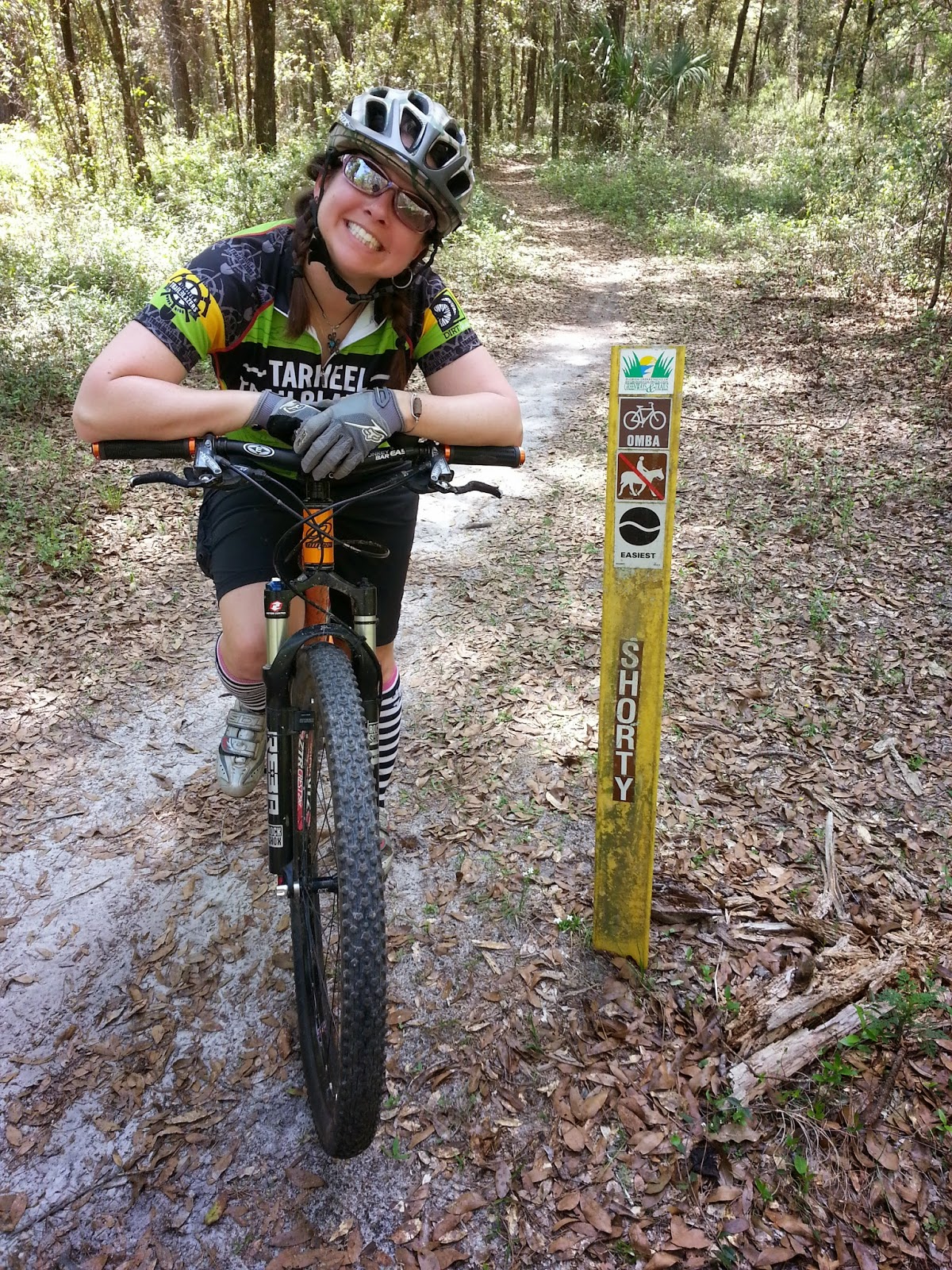 And I found a trail called “Dr Ruth” that I thought might be down for something inappropriate. 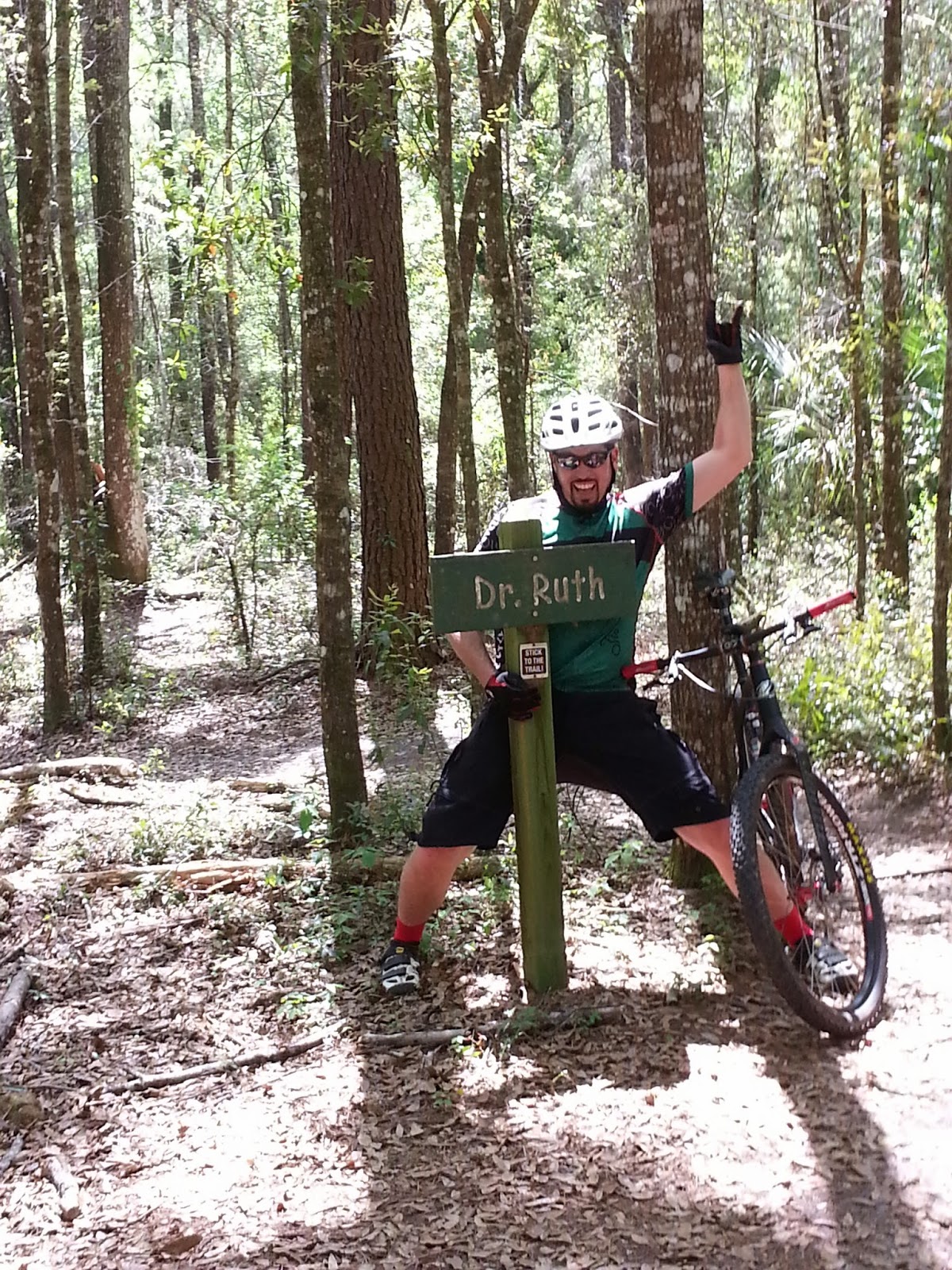 I’m sure she would not approve.

Just when we thought the day couldn’t get any better, we got back to the parking lot and strolled across the street to a local bike shop.  They had post ride refreshments aplenty. 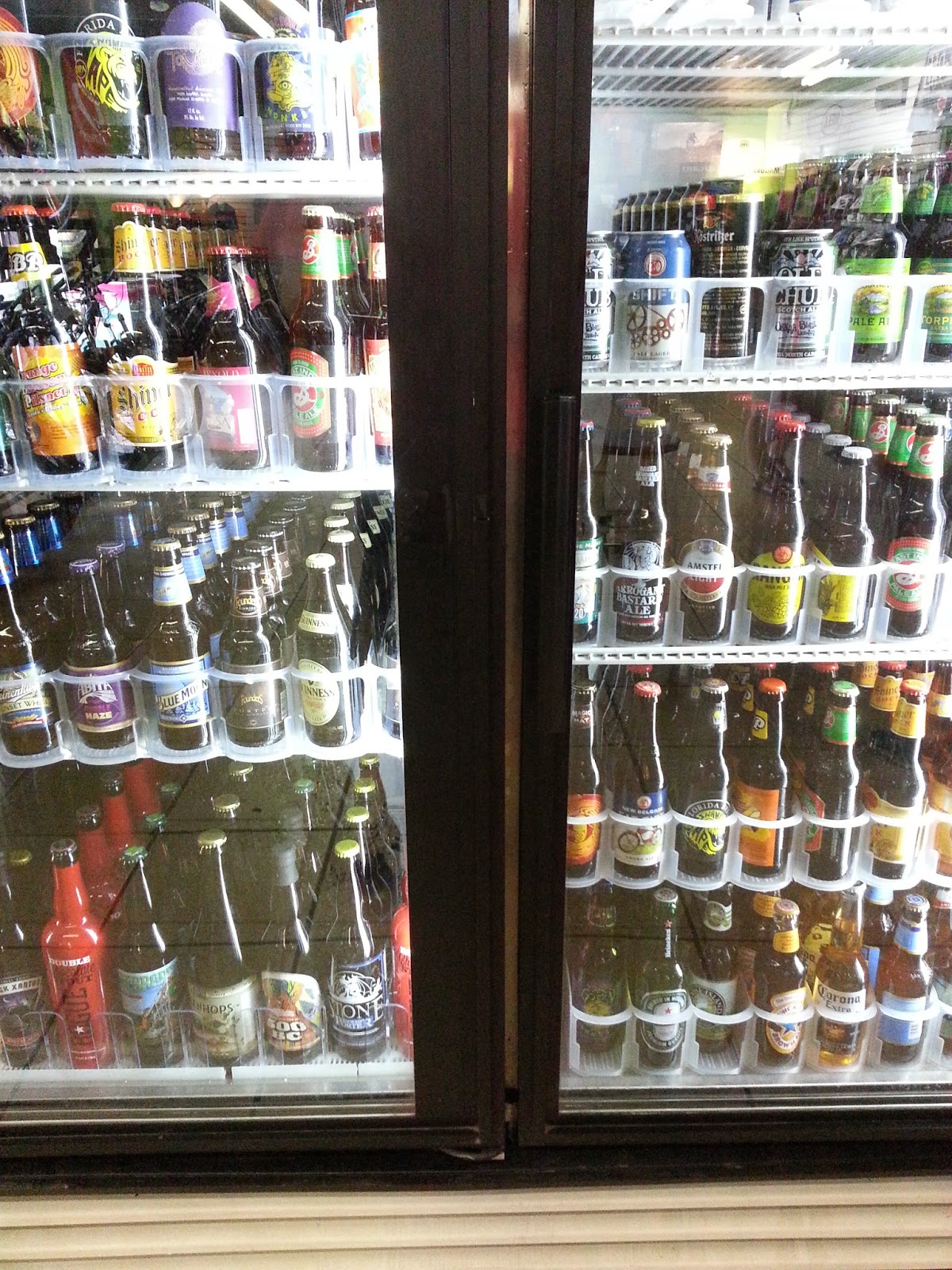 And I found something really good. 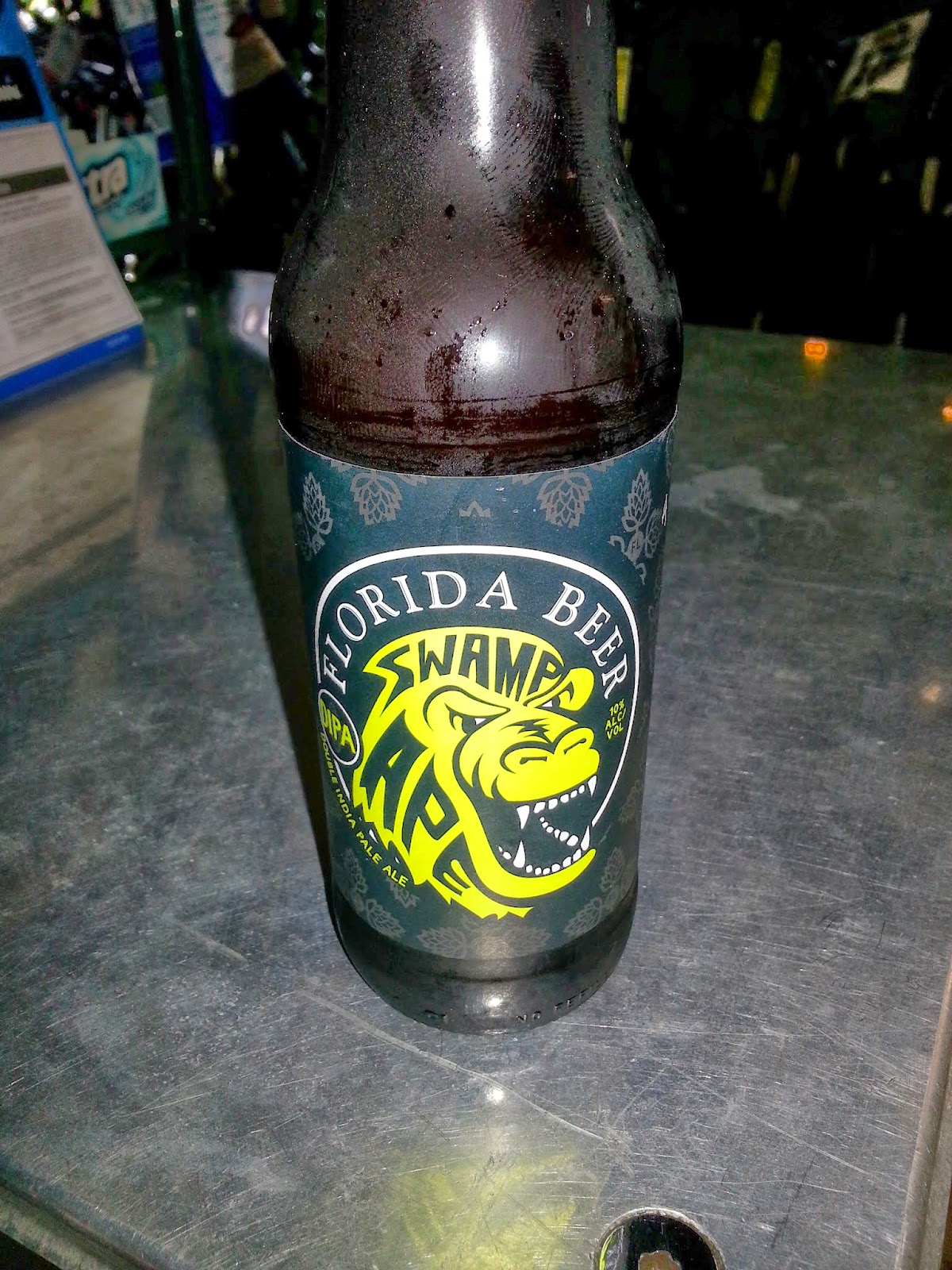 And so did the little lady. 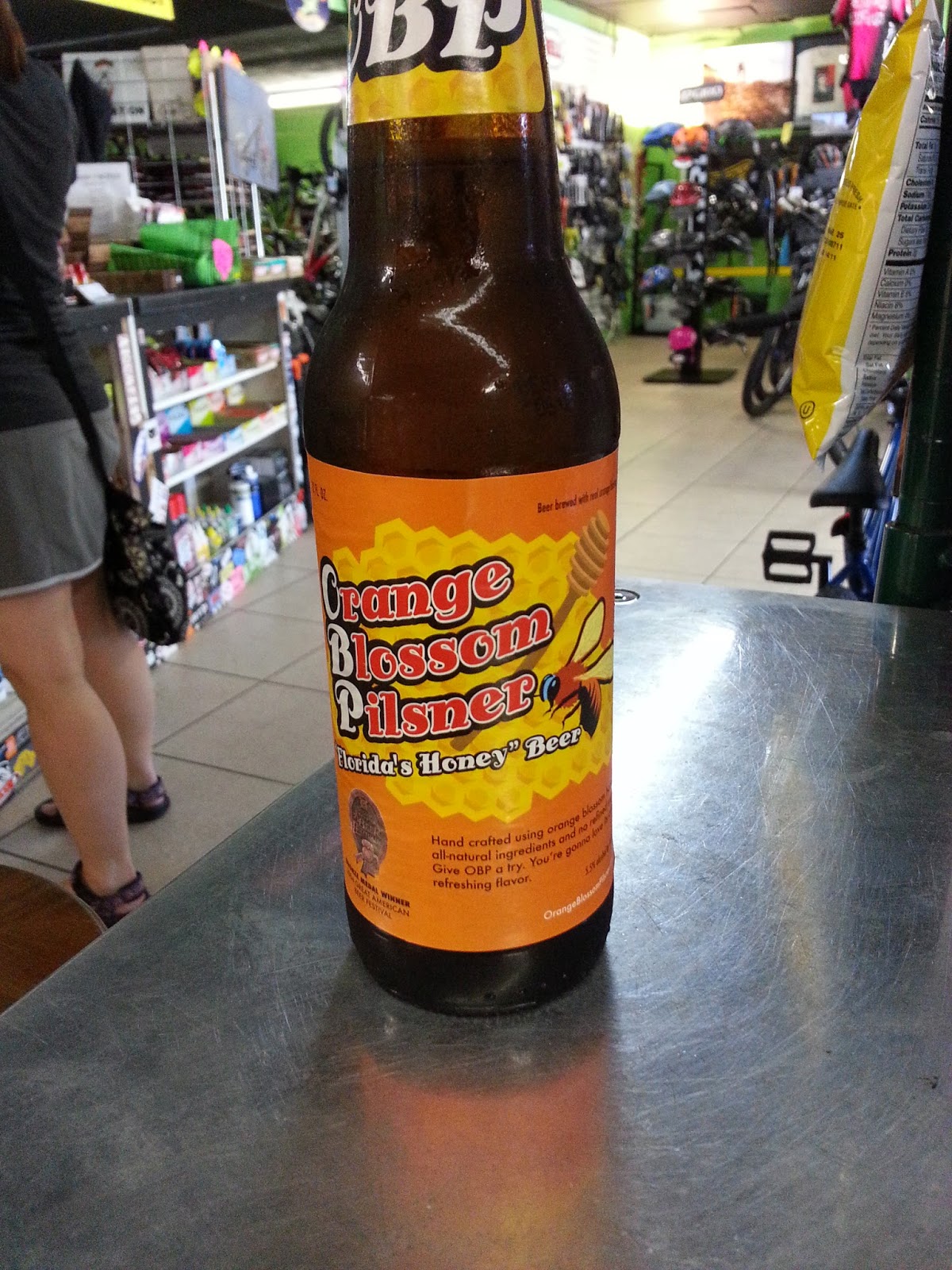 It’s been a while since I moved away from there, but it was as fun as I remembered.  We had a good time “mountain” biking down there for sure.  Two days into our adventure and we weren’t slowing down.  Not even a little bit.  It sure as hell wasn’t the standard vacation to Florida that most folks take.

Maybe, just maybe, I’ll recap the rest of the trip tomorrow.
Posted by TheMutt at 8:10 AM

Cool. The Florida beer is cool too, gotta support the locals.