It really was.  Not because I was riding on the road though. It was because I saw some weird shit, like the Gentle Ginger sawing a seatpost for some reason. 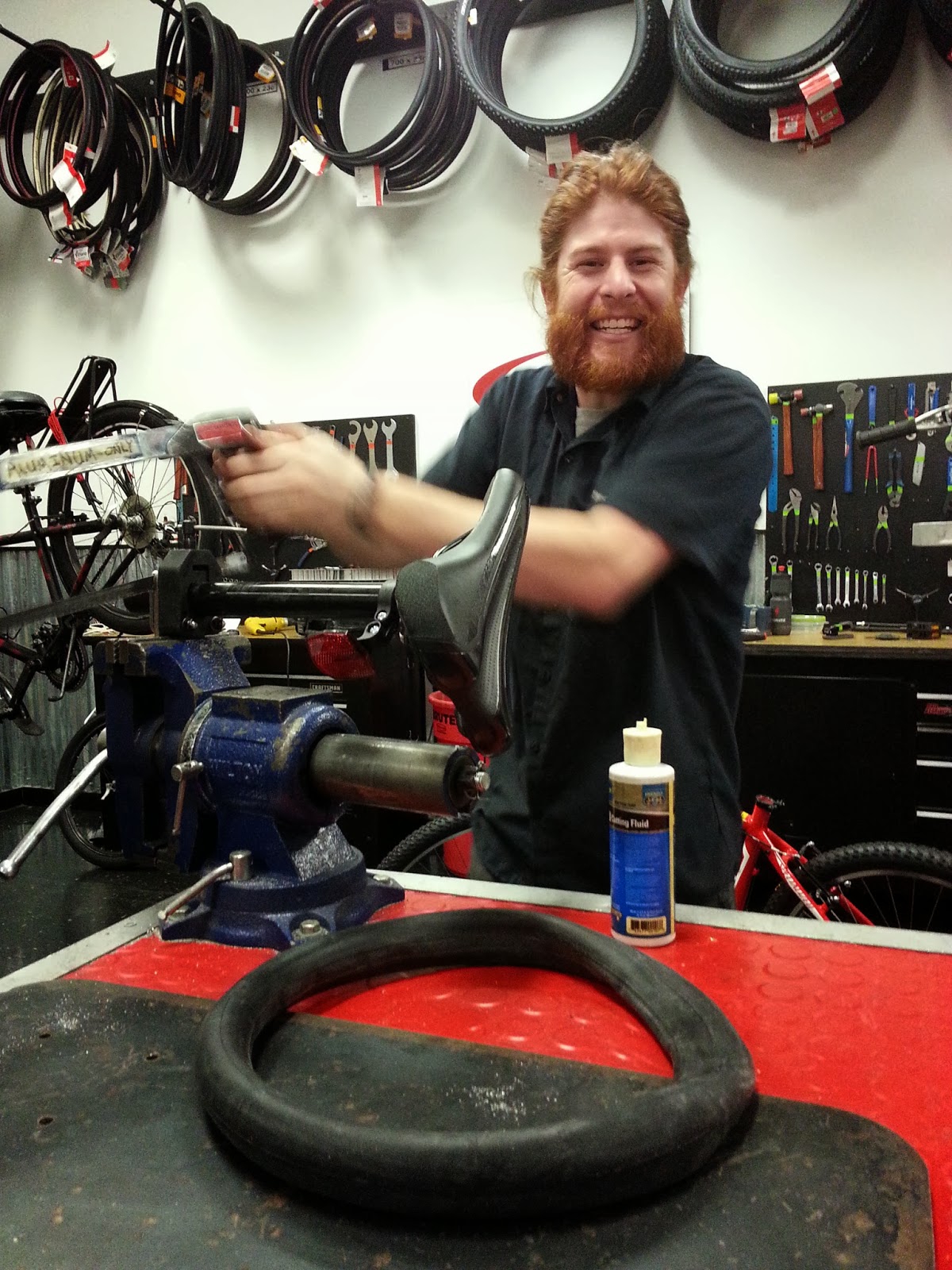 And he had to get some help: 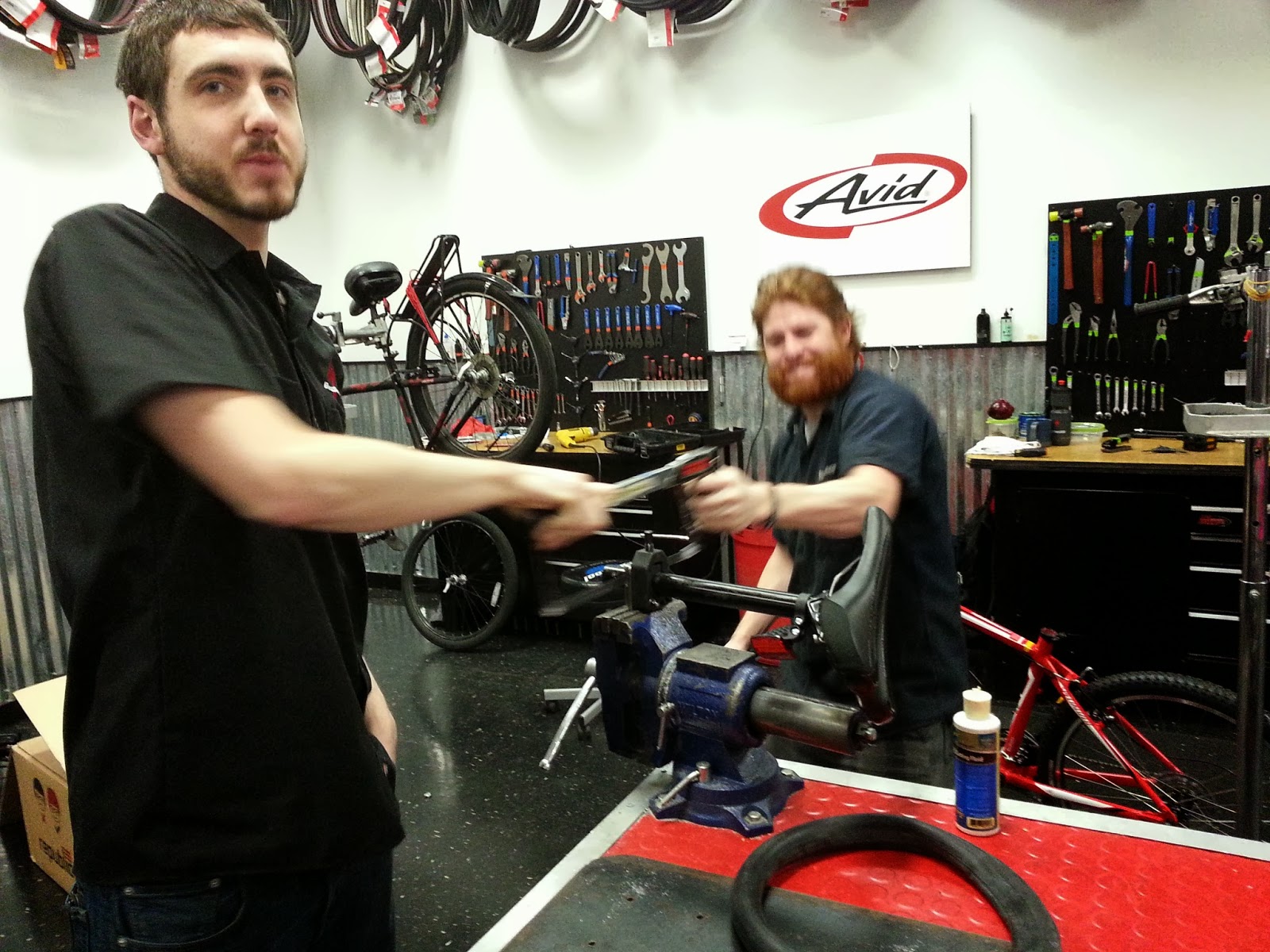 Or, because I was part of some weird shit later that evening. Let me give you the background.


One of the doctors that works with Little Miss Sunshine is a budding photographer, and came up with the idea to do a photo shoot on one of our local greenways. That doesn't sound too bad, until I tell you that part about setting the little lady’s bike on fire.


I grabbed a cooler full of beer, a party size bag of peanut M&Ms, and walked down to the creek. We were early, so I grabbed a beer and relaxed on a bench. 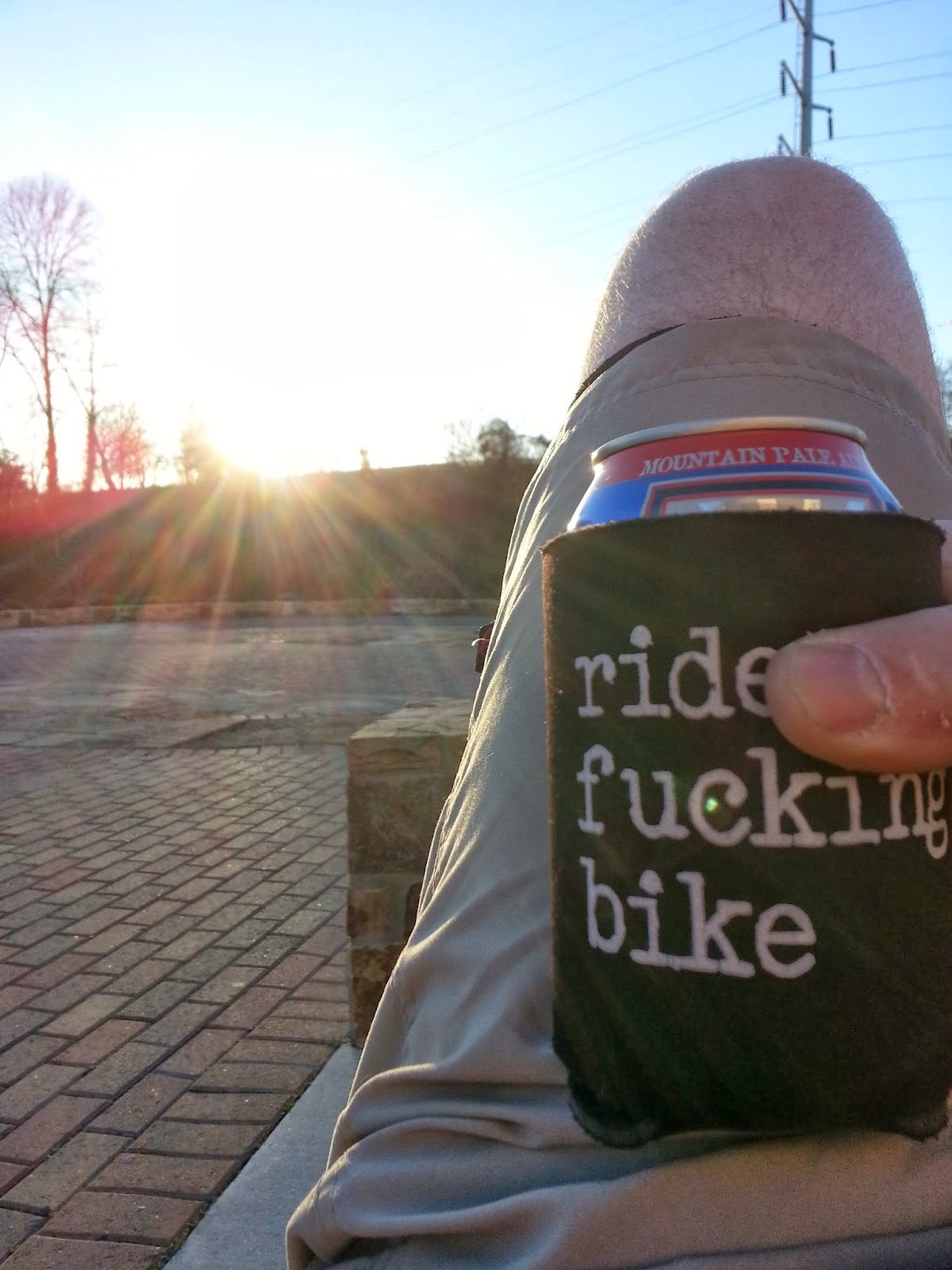 I was so comfortable that I almost fell asleep. Eventually everyone got there, and after a quick setup they did a few test runs. 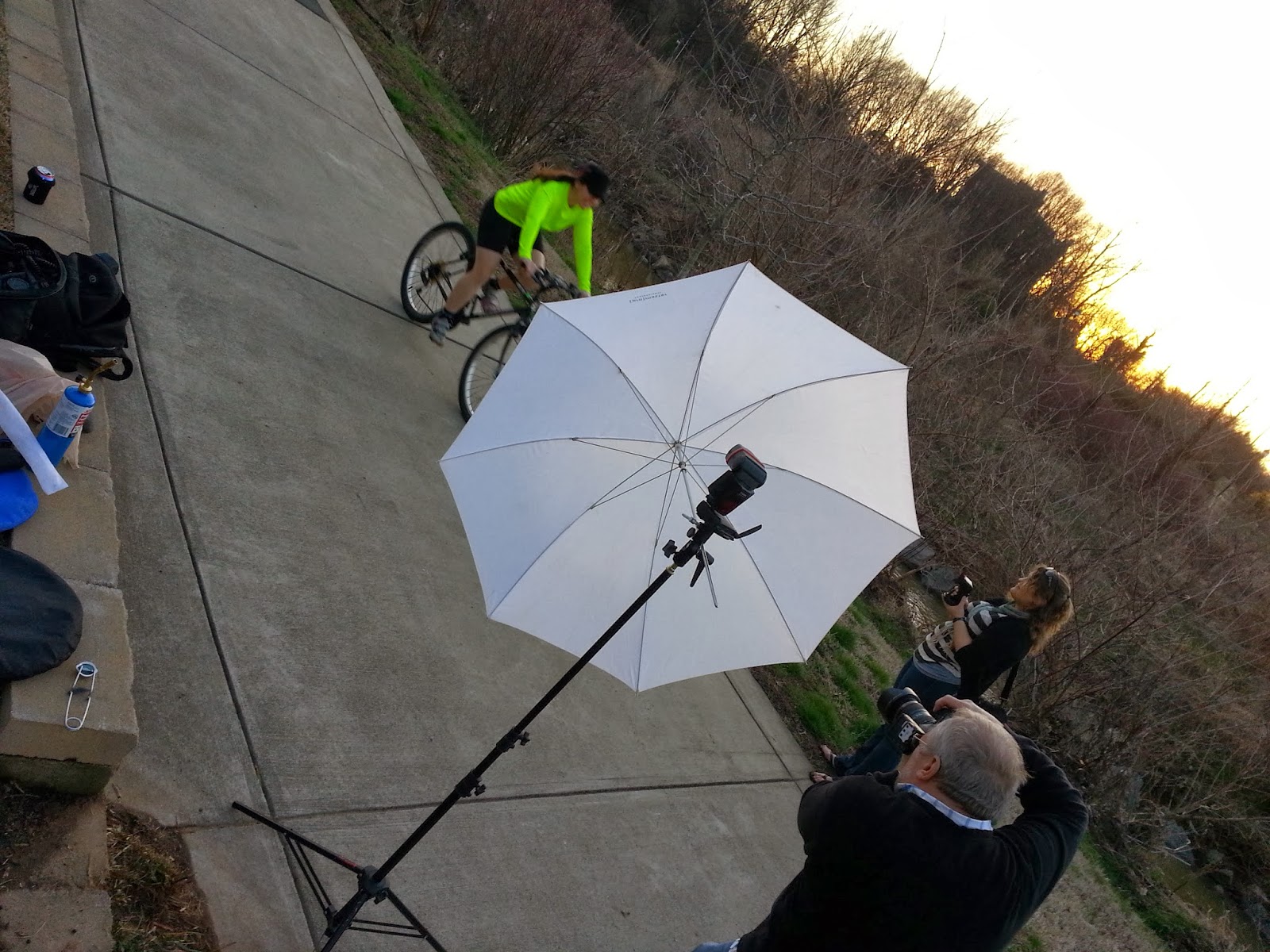 I’m a budding photographer too. Like that crazy angle? Thought so.


I didn't get to take any more photos for a while because I got put to work. I had to place semi-flammable material in her wheel, light it, and get the hell outta the way. We did quite a few of these runs just as the sun started to set so the good doctor could get the right shot. When the sun went down, we went under an overpass, set the bike up on the trainer, and I got put to work again.


It was much more impressive at night, and since she wasn't riding away from me this time I had a chance to take a few photos. Lighting her bike on fire, running away, getting my camera out, and trying to take a photo without a flash (so I wouldn't disturb the real photo shoot) was a challenge. The first few didn’t look so impressive. 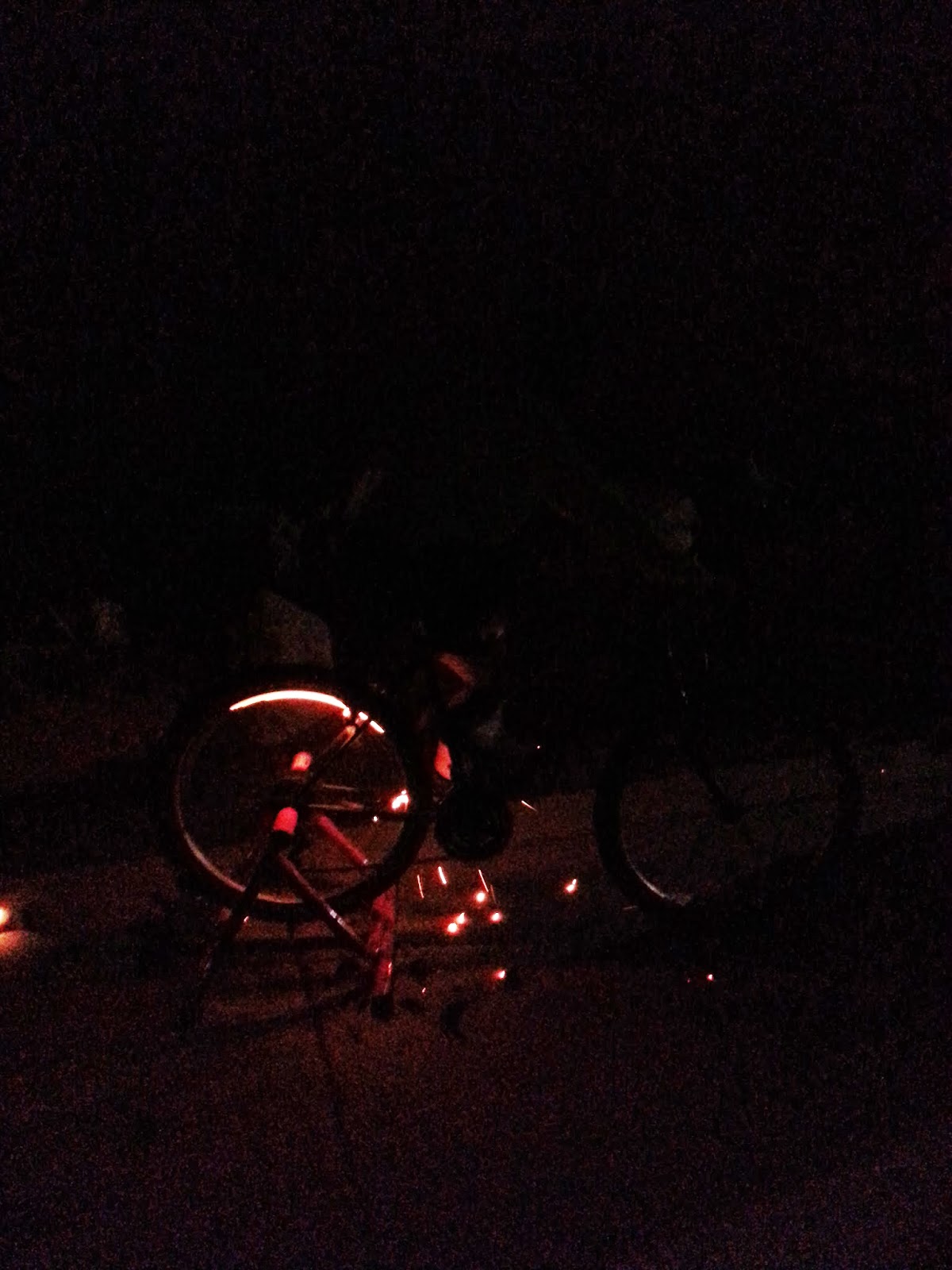 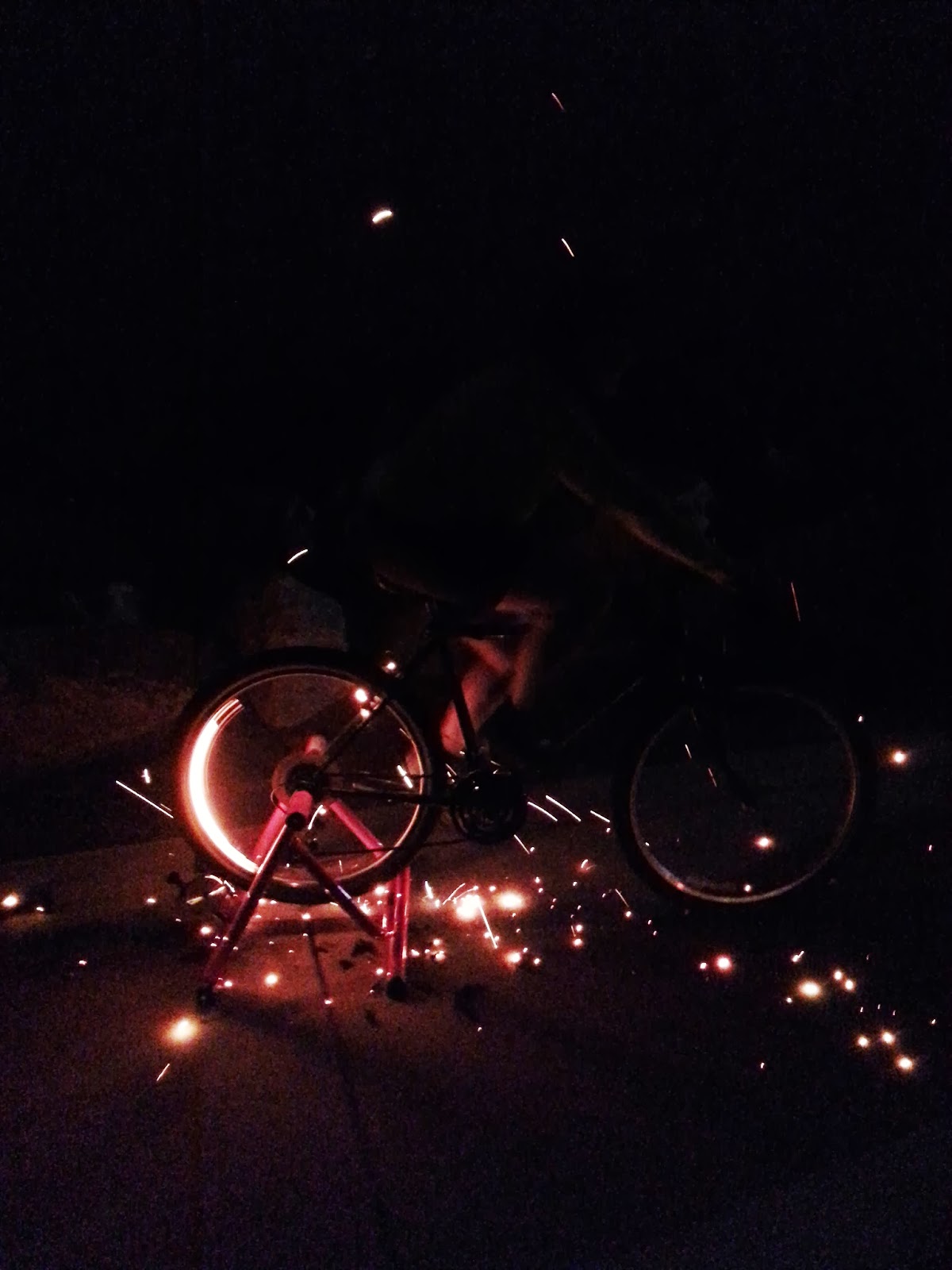 Well, I guess it looks kinda neat. But, I eventually got the money shot. 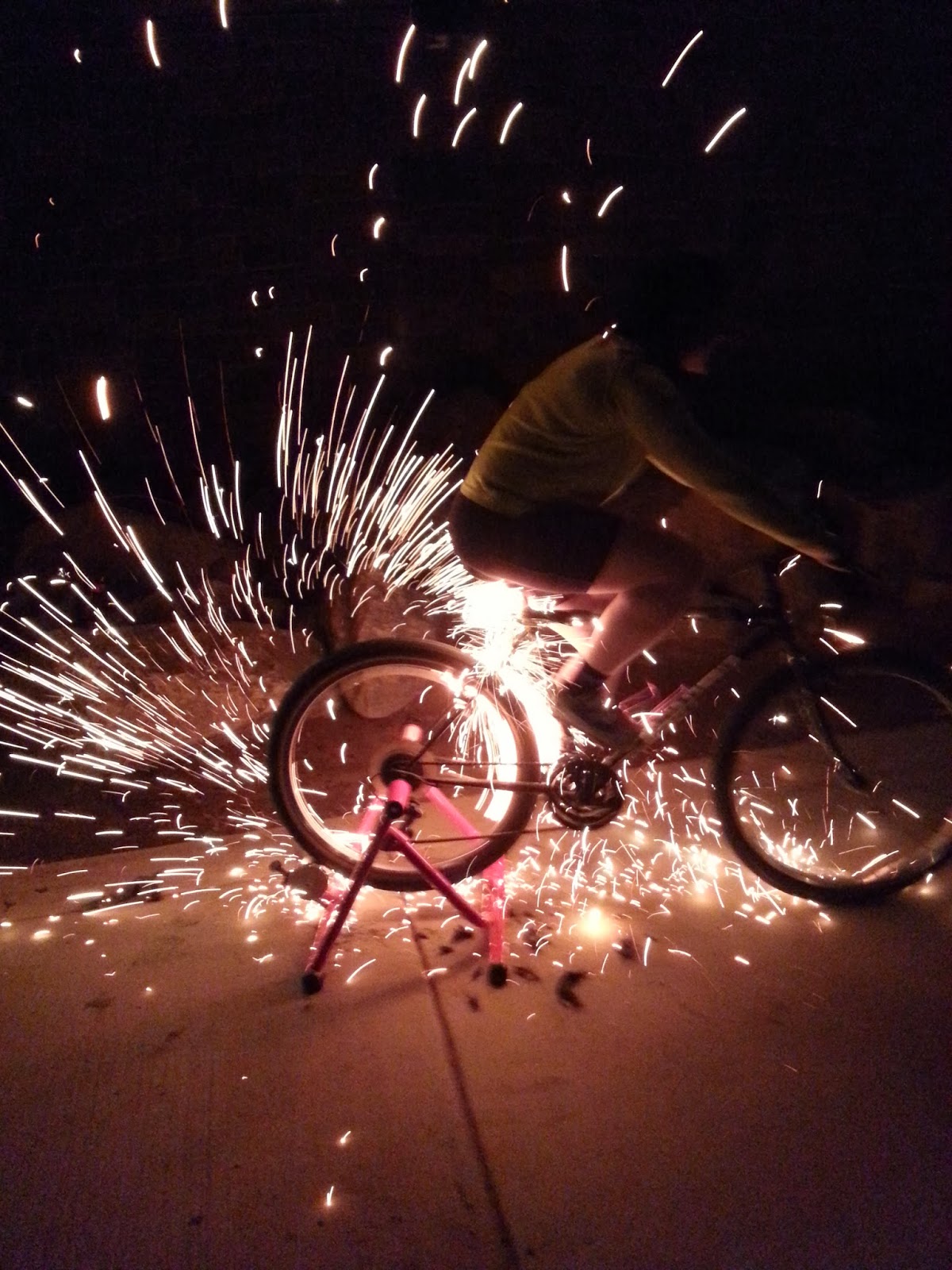 
She only burned holes in her shorts in a couple of spots got a few burn marks on her back, but it was worth it. She was laughing and we were treated to a good show. As a bonus, no one showed up to shut us down and the fire department didn’t even get called. After we stopped laughing, we all headed to a nearby establishment for some post fire refreshments.


I don’t get to be a part of stuff like that very often, but hot damn it was fun.

And I didn’t even ride my bike.
Posted by TheMutt at 8:31 AM

WOW! That is impressive!