It was still raining when we left The Pisgah and headed towards .  The weather report up there said it was clearing up, so we looked forward to some pump track goodness.  Just before I got to Industry Nine headquarters I received a text from Eastwood saying that it was still on.  We rolled in a few minutes later, and the first person we saw was Shanna.  She promptly welcomed us and posed for a photo with the little lady. 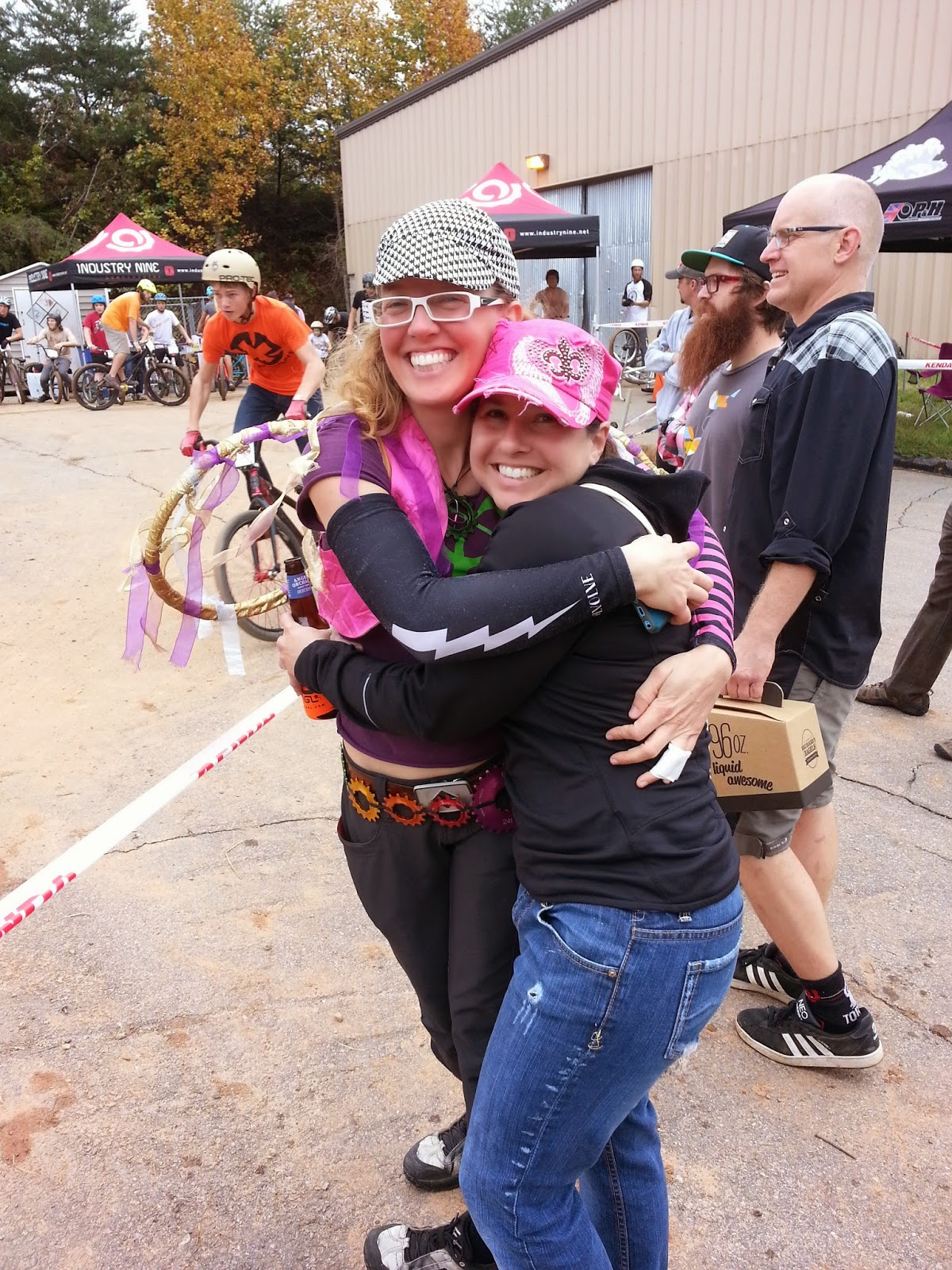 We walked out to the pump track and I saw a familiar sight, a DeFeet tent. 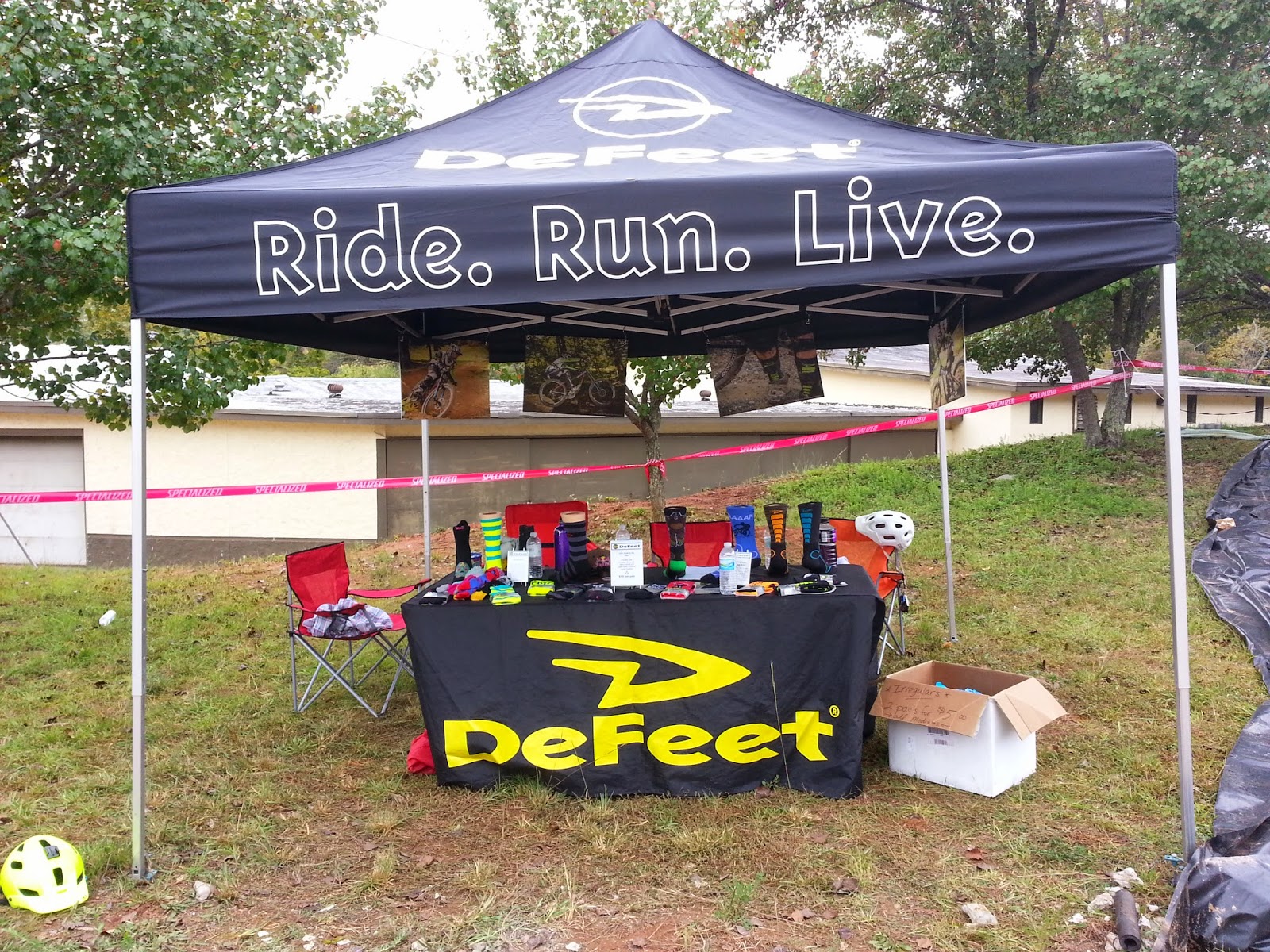 Mandy (DeFeet’s newest representative) was on hand to tell the pump track world about DeFeet, volunteer at the event, and talk to Little Miss Sunshine about the cool stuff she makes out of spare bike parts. 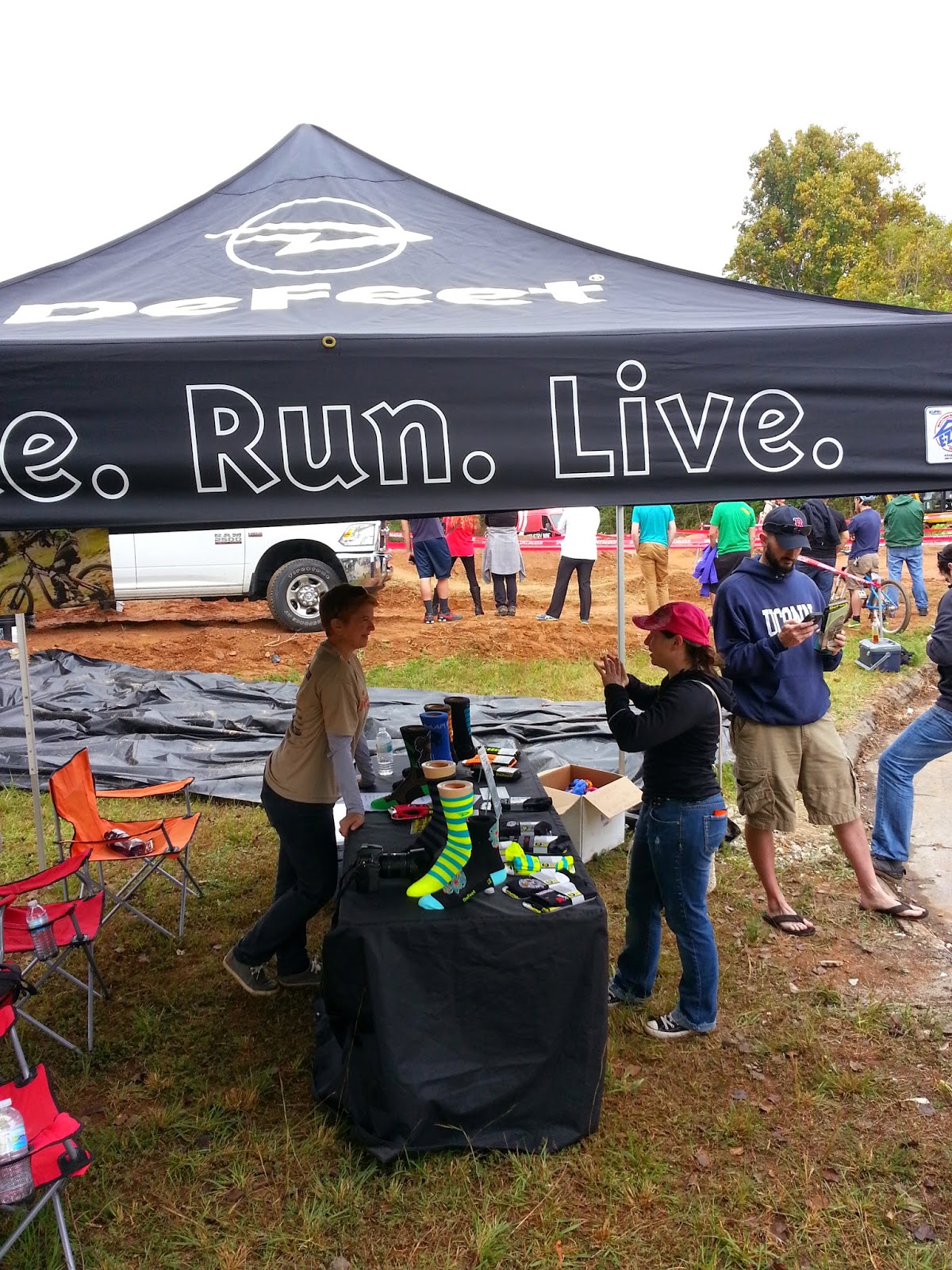 And she also helped me capture the elusive North Carolina Bigfoot (sock.) Ask your local bike shop to get some for you.  And hurry, because they are moving fast...

Soon after we found Eastwood and Brian “Big n’ Buttery” Bradley, we got out in the middle of the action to watch.

There are lots of photos: 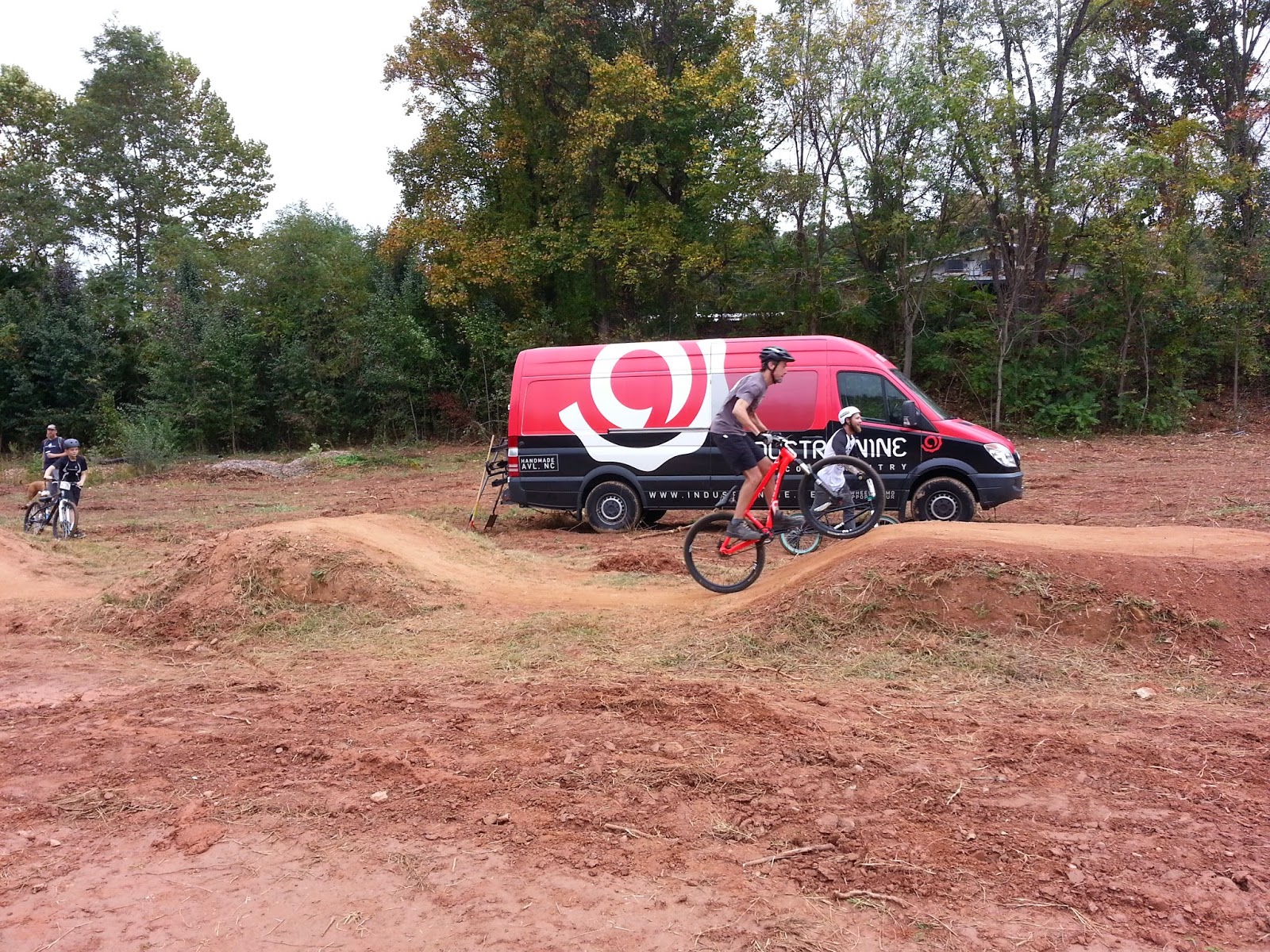 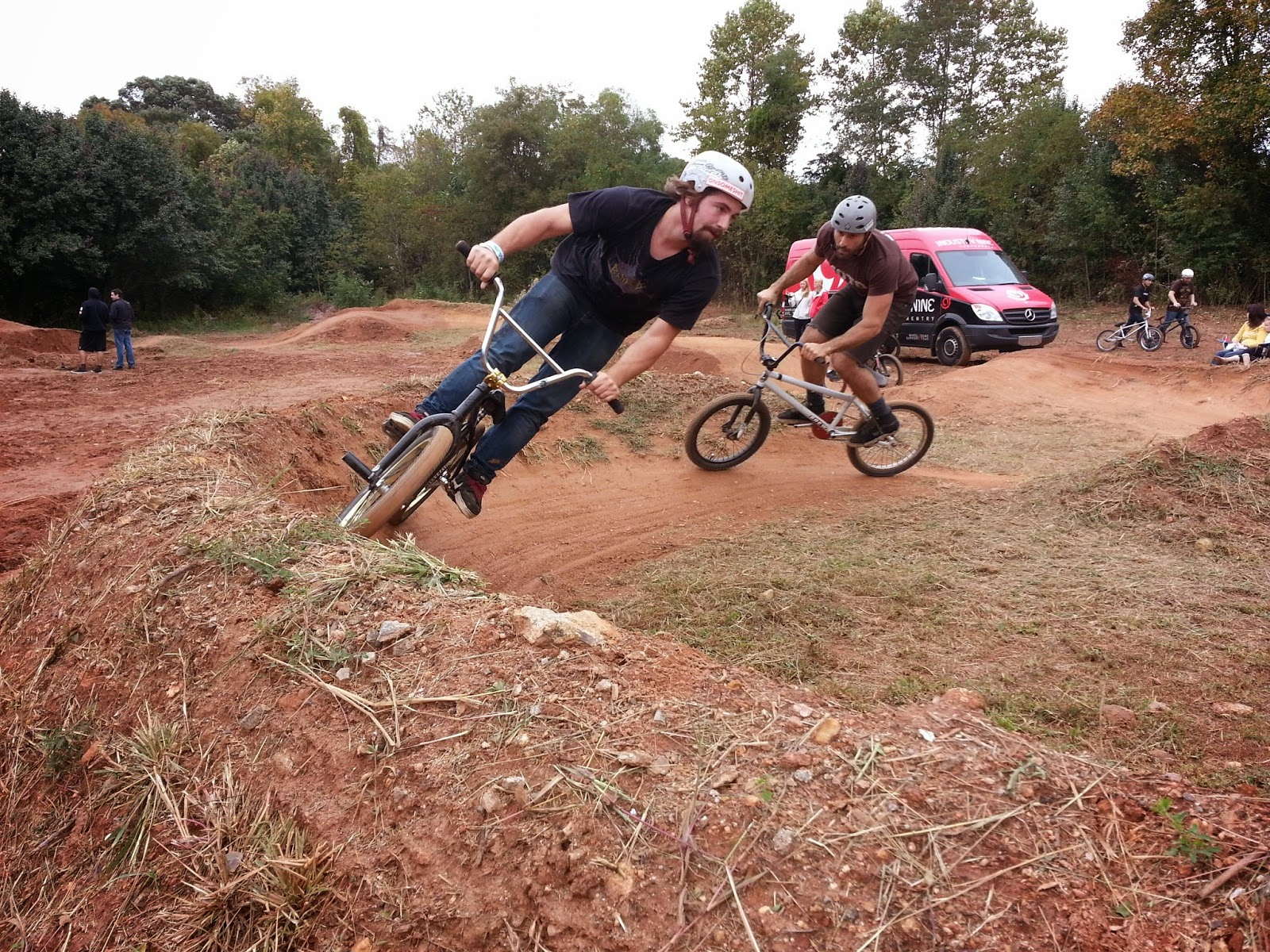 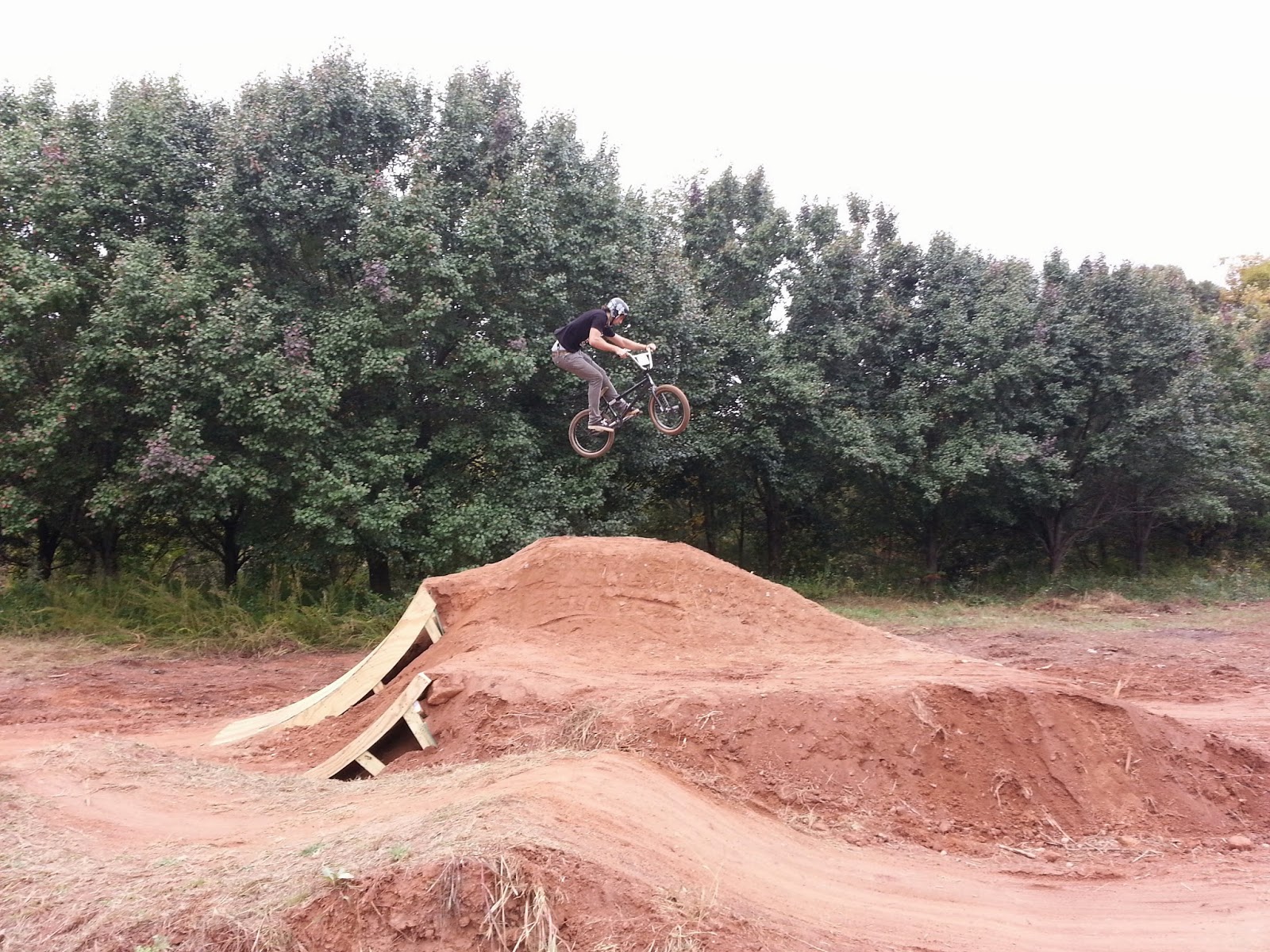 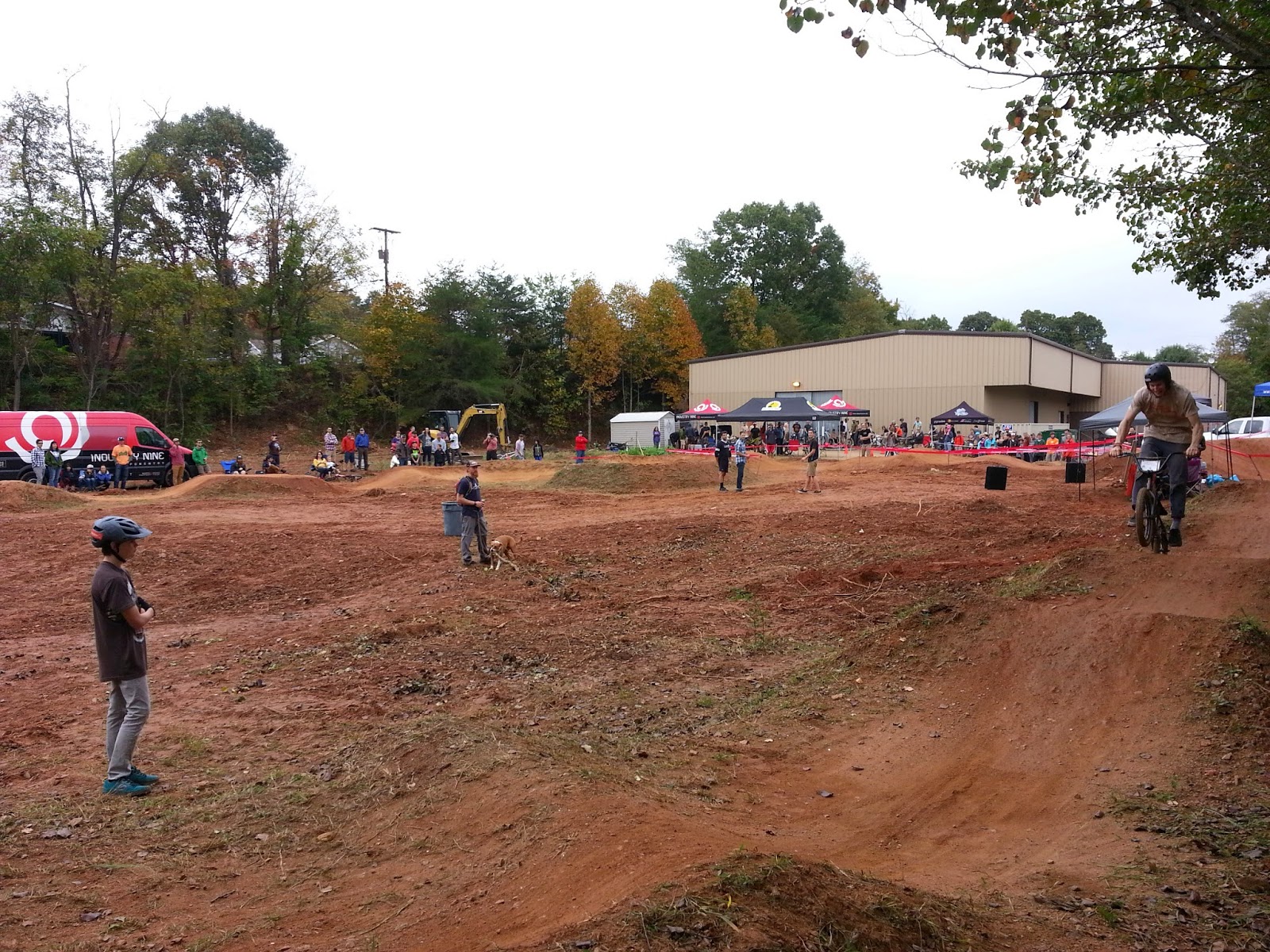 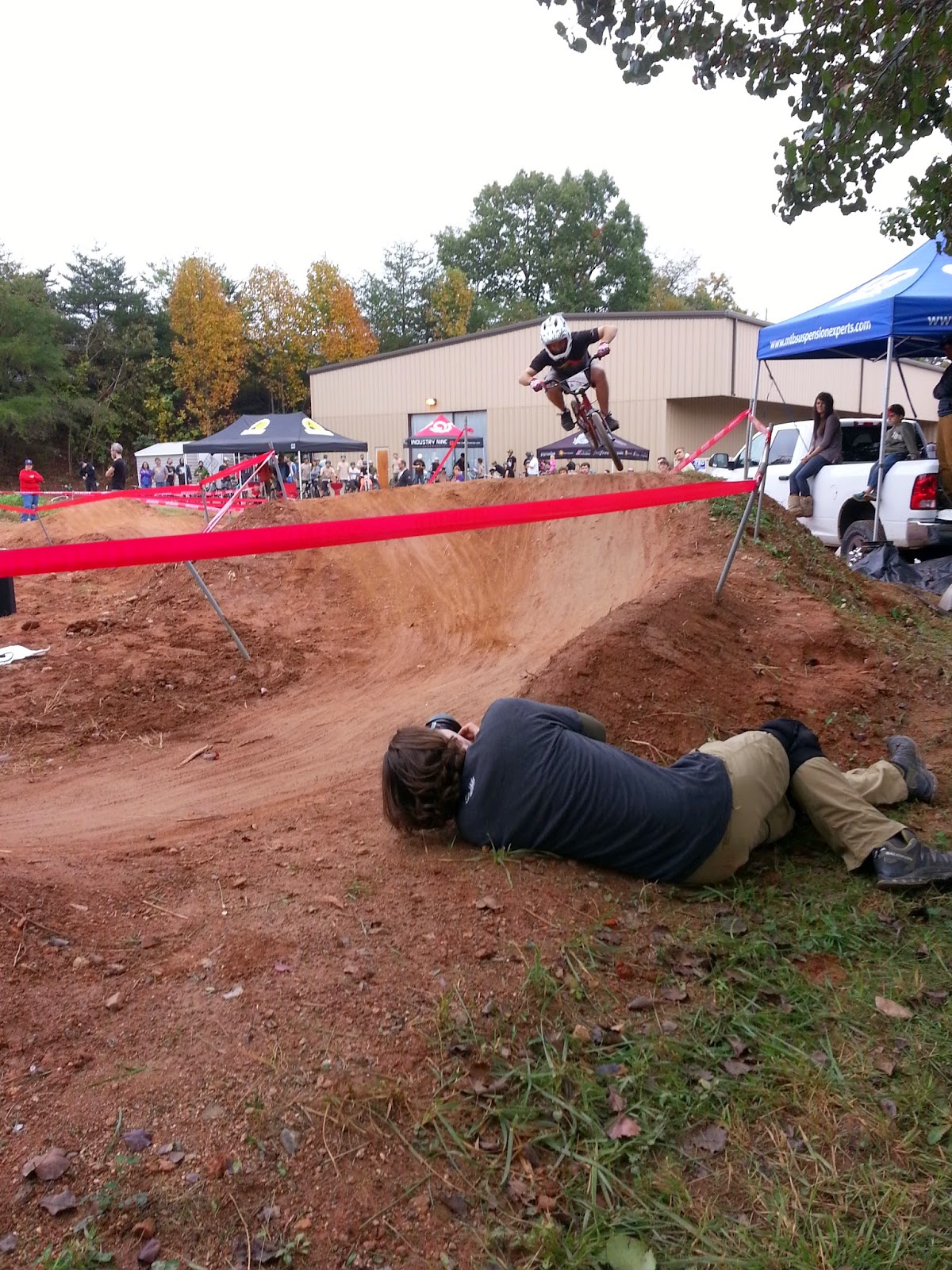 Beers were consumed and racers were heckled (in a respectable way of course.)  It was so fun, but Big n’ Buttery needed a break.  Luckily they had food for him: 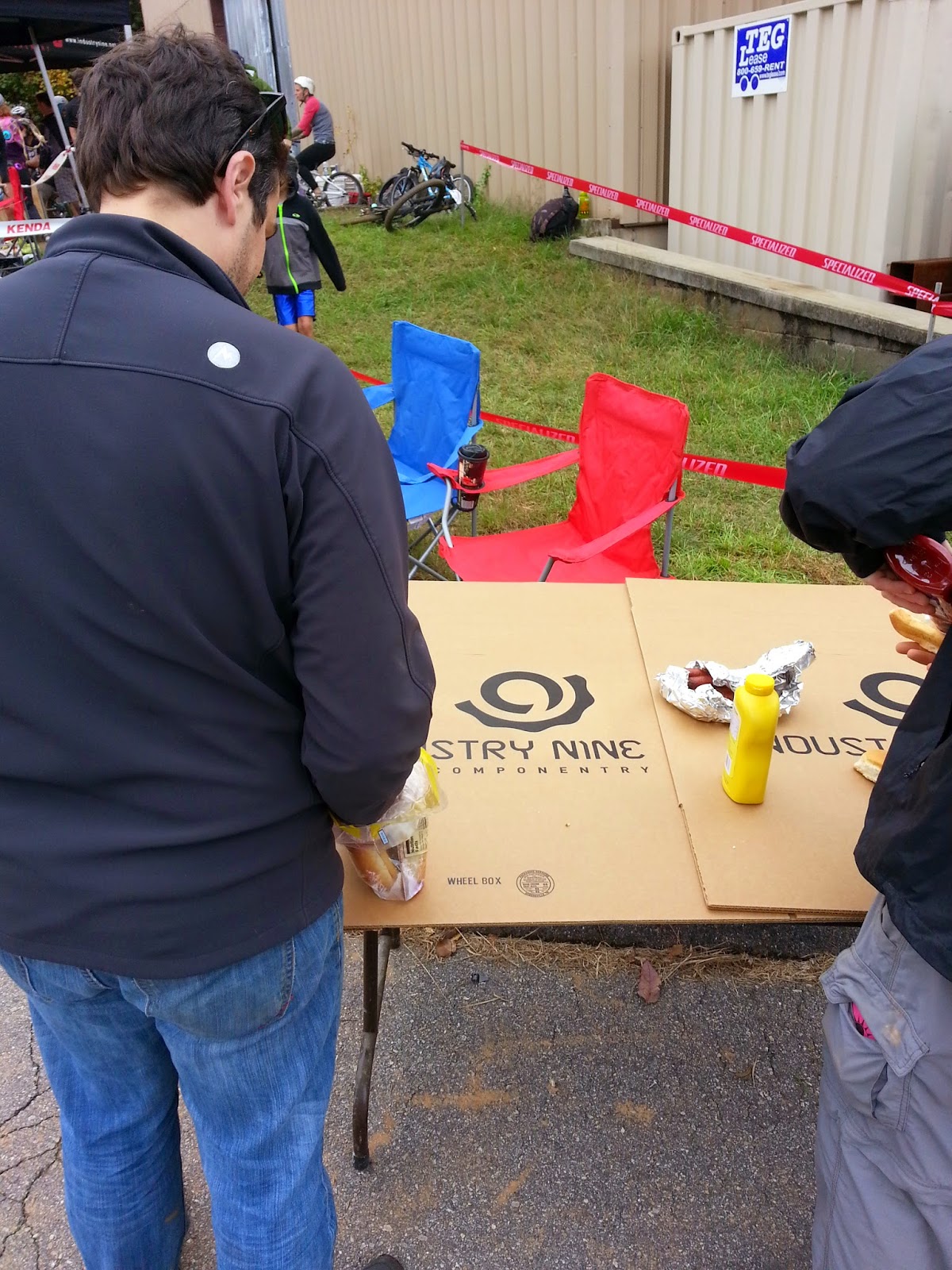 Then it was back to the action: 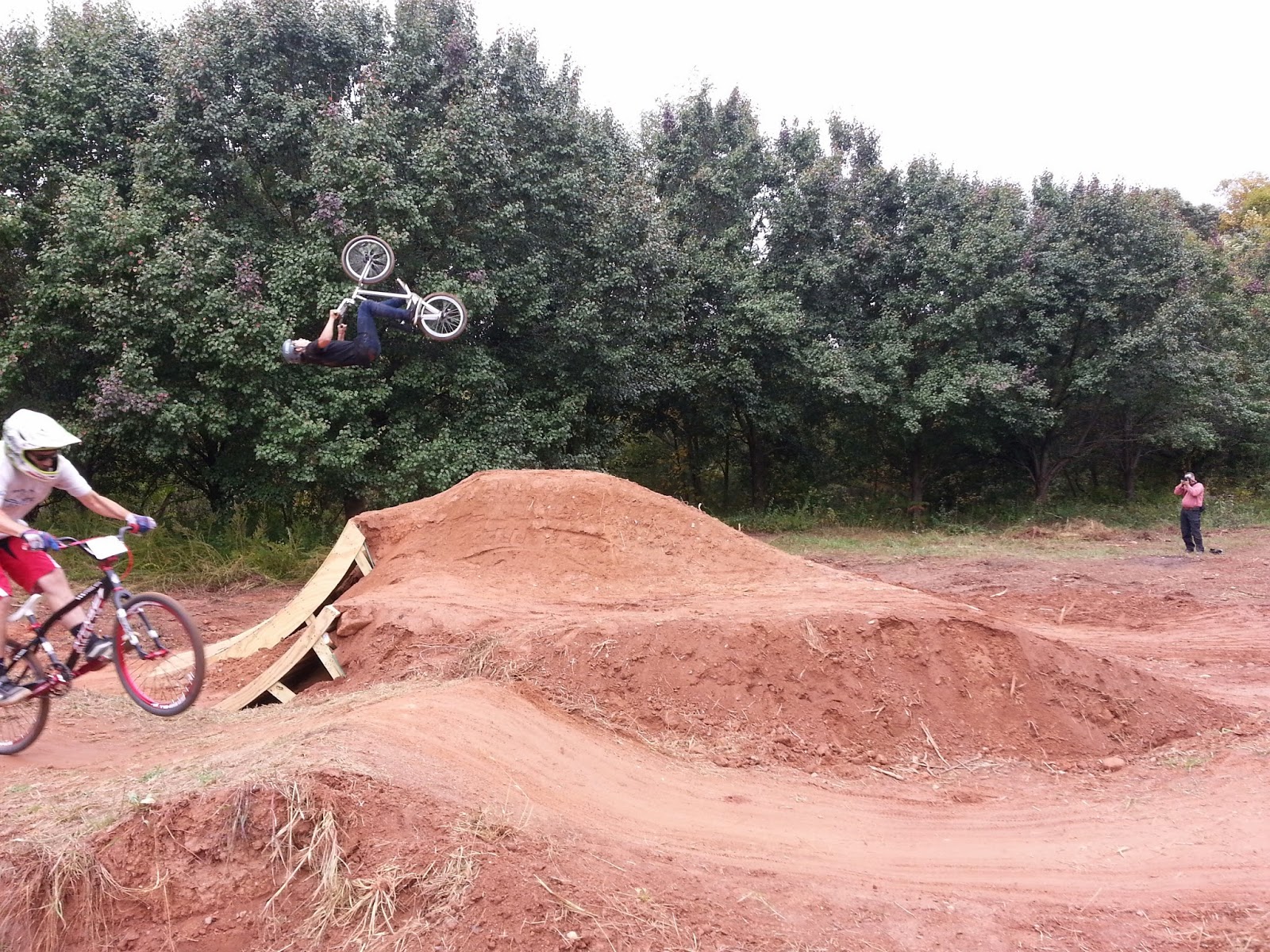 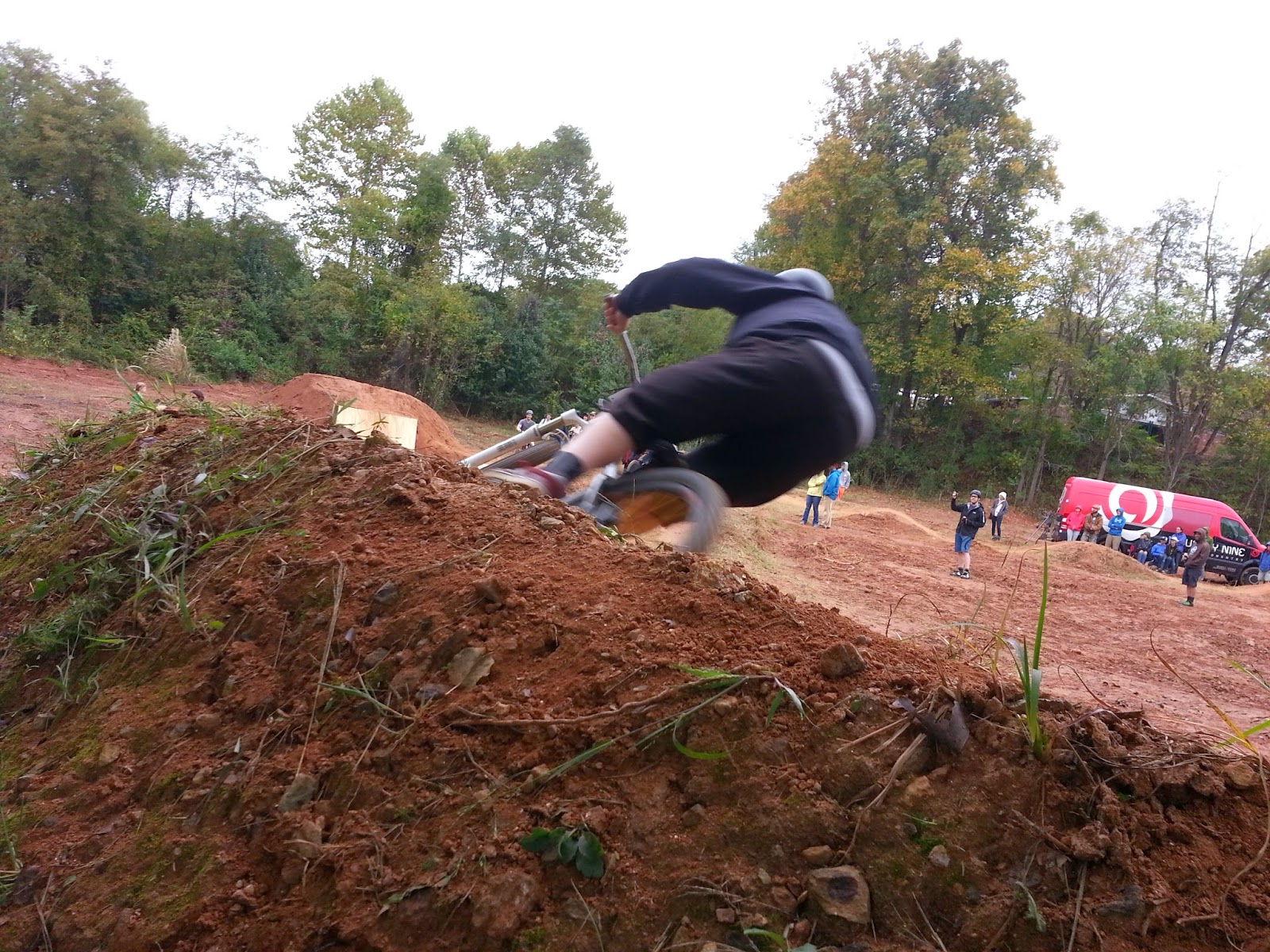 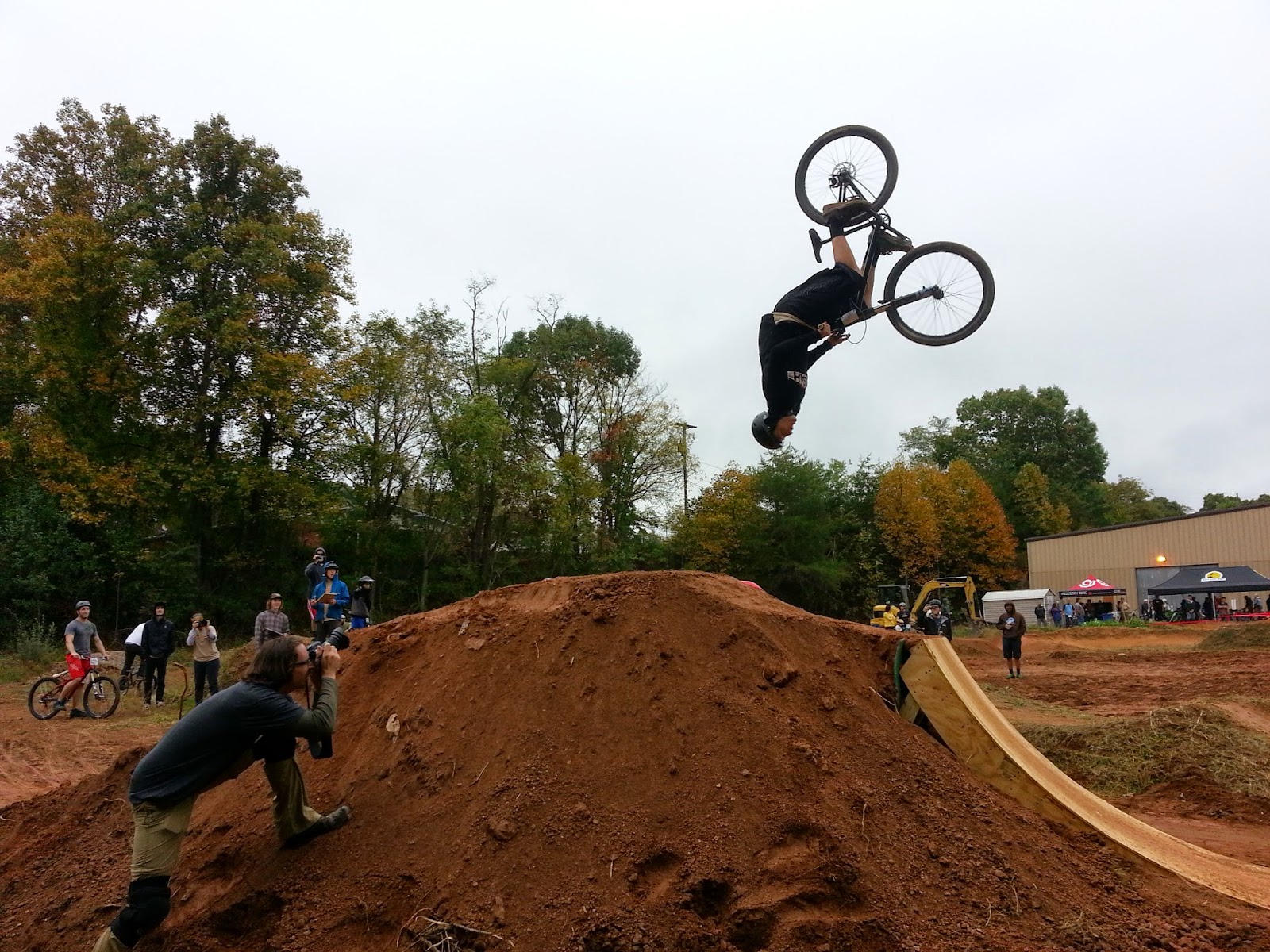 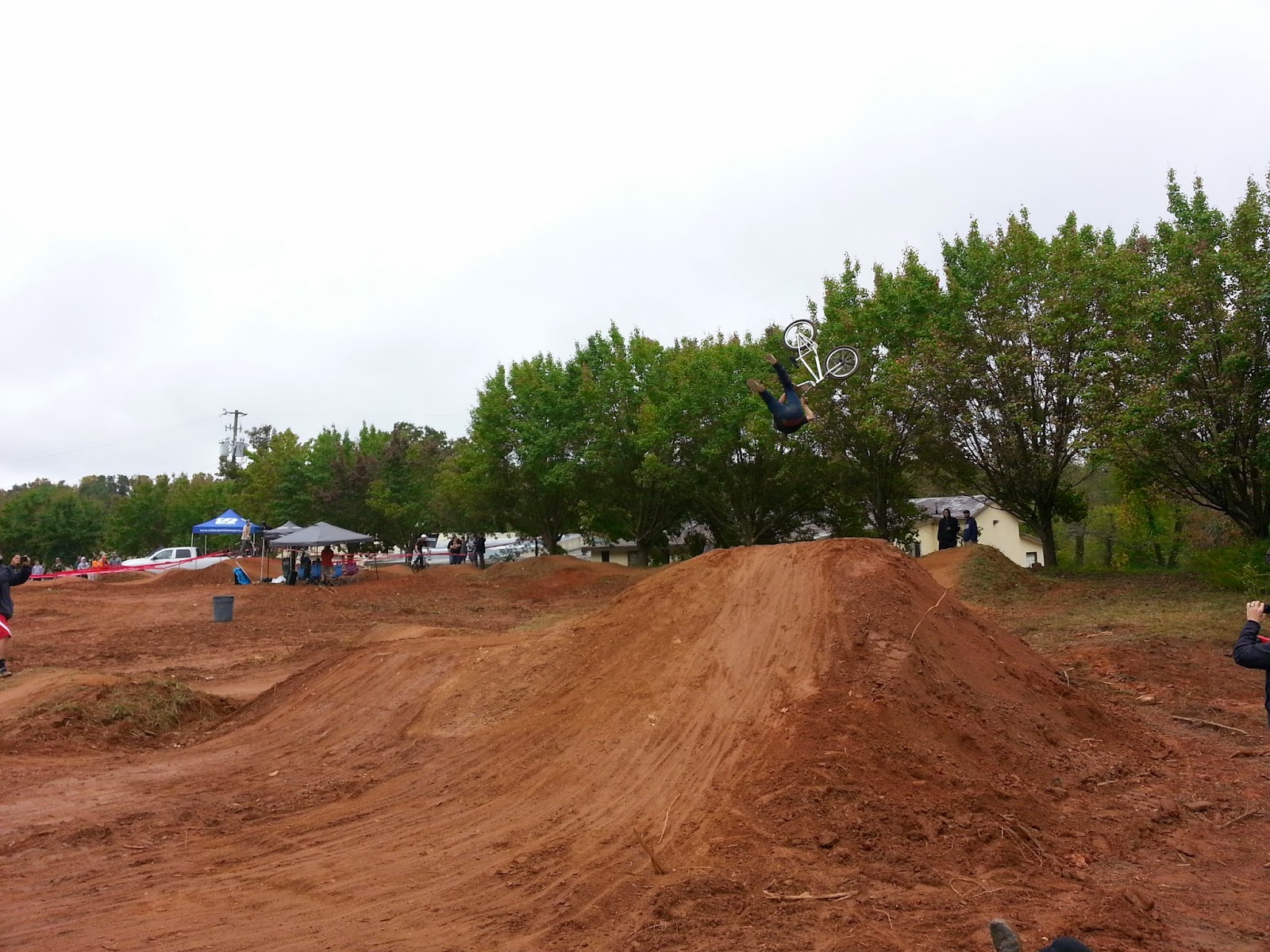 I took lots of photos (duh.)  In fact, way more than I put on here.  Luckily, I took some burst shots and turned them into gifs.

Another awesome day, which capped off another awesome weekend in the hills.  We grabbed more beer (and food) at a local watering hole and eventually made our way back to .  I didn’t want to go home, but I guess I kinda had to.

Returning to “normal” always sucks after a fun weekend.  I guess it's good that another weekend starts tomorrow.
Posted by TheMutt at 8:37 AM