Work Gets In The Way

Being “on call” for work has cramped my style the last few days.  Yeah, it pays the bills and all that but I hate having to try to squeeze in rides here and there.  I make plans, and a lot of times they fall through.  Sunday was more of the same.  Since I’ve started “training” for next “season”, a Sunday morning long-ish road ride has become the standard.  It’s sorta fun, and it gets me out on the bike for some good mileage before I sit around all day and watch foosball on TV.

I woke up early Sunday morning, took care of the dogs and cats, and got my shit together to head out on the road.  Suddenly, work calls.  Since I knew I couldn’t fix the issue remotely and had to go on site to one of our facilities, I loaded my road bike on the truck and made a plan to ride when I finished working.  Once I got there, things took a little longer than expected, but I still had time for a ride.  I was near the (you locals know what I’m talking about), and the decision was made to ride a few laps in there to spin my legs.  People around here ride the shit outta that place.  On any given day, it’s full of roadies running pacelines, calling shit out to each other, and trying their best to beat the Strava times of everyone else in the area.

I did one lap around and I was ready to punch myself in the balls.  I don’t know how they do it.  I think it’s the most painfully boring thing you can do on a bike aside from riding a trainer.  I made the easy decision to head out on the open road, which wouldn’t have me riding in circles. 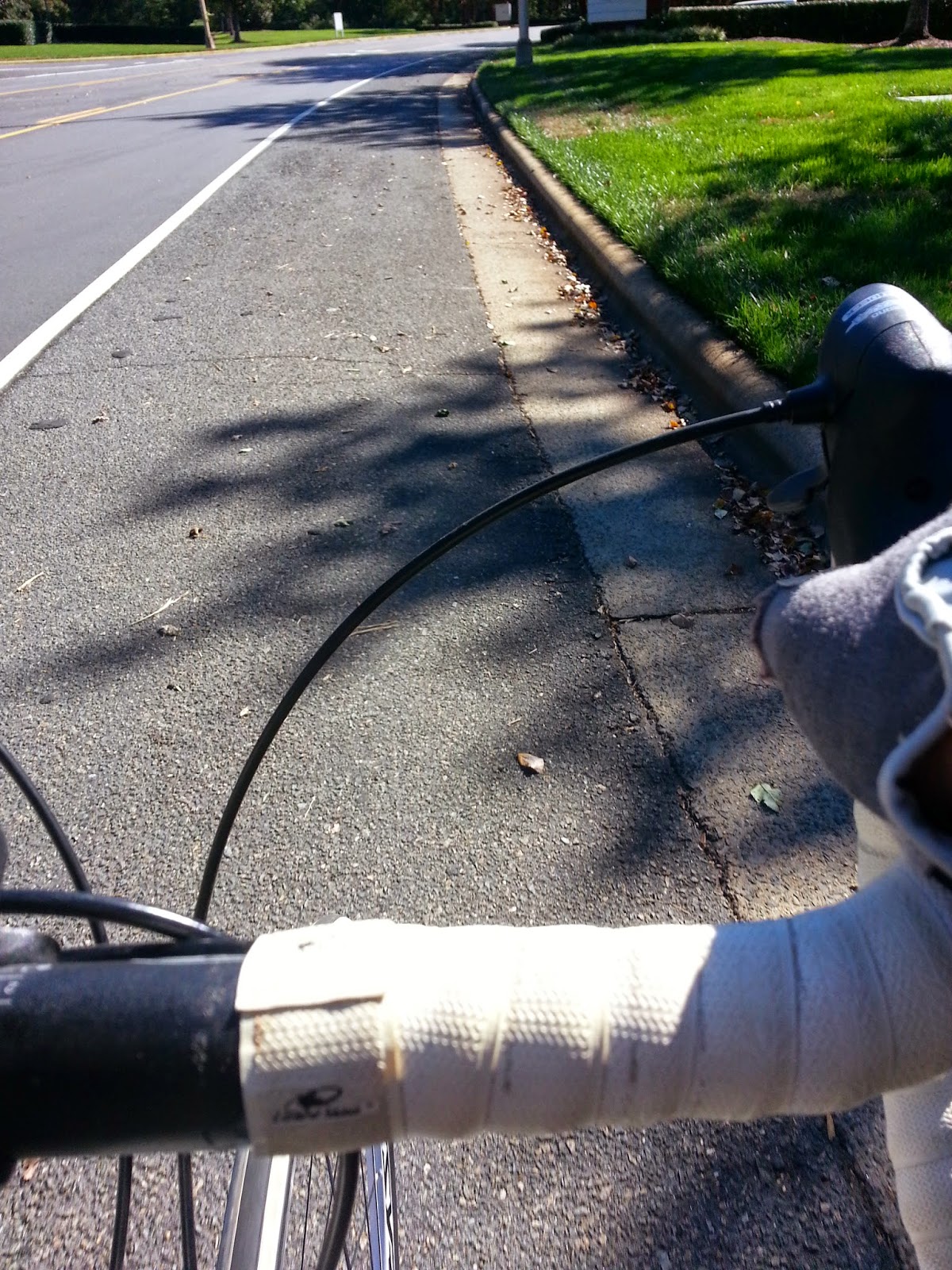 It was a really beautiful day, and not being stuck in the business park made my ride somewhat enjoyable.  Slightly cool, (mostly) empty roads, and hilly terrain kept me moving along at a nice pace.  I eventually rolled up to a red light, and while I waited I spotted another roadie directly across from me.  He nodded, and when the light turned green he took off in the direction I’d planned to go.  I saw that as a challenge so I took off after him. 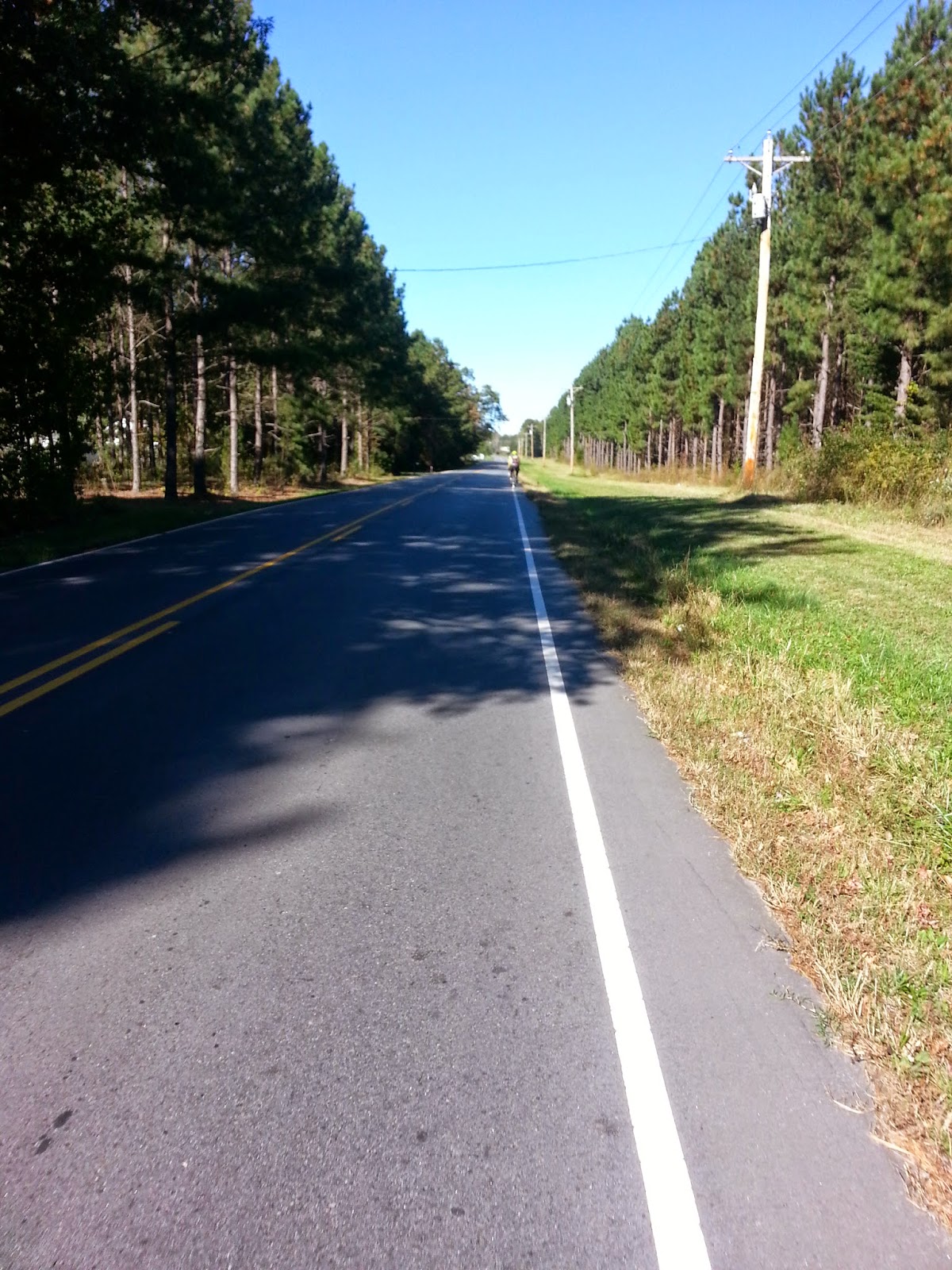 I was gaining on him steadily while he looked back, and eventually I got enough momentum to fly by him.  I waved as I went by and he didn’t seem too pleased.  He tried to keep up, but I pushed it with everything I had to keep him at bay.  I was struggling to get away, but it was working.  My heart rate ramped up to nearly 200 bpm, and after a series of climbs and downhills I no longer saw him behind me.  Big deal.

It was fun, but more importantly it kept me motivated to make the most of my ride.  Sometimes when I ride on the road I tend to slow down and stare off into the fields and trees as I pass by, forgetting that I’m trying to “train.”  Having someone to chase makes it more fun, and the same holds true when I see someone gaining on me.

Maybe I should start riding with a group, instead of being the Lone Roadie.

Or maybe I should start riding in the woods more on Sunday mornings.