The biggest race of the year is coming up in just two days.  This Saturday is the 6 Hours of Warrior Creek.  I am excite.  This will be my sixth time in the event (I only missed the very first one) and every year it does not disappoint.  Although it’s tough, it really is a fun race and that’s the whole reason I even do it.

I don’t have any goals, other than to go out there and ride as much as possible for six hours.  Sure, I had some success last weekend in a little cross country action, but that doesn’t mean that I expect this one to be a breeze.  In fact, I’m not even considering a chance on the podium.  Who gives a shit.  I’m just there to ride, hang out with some of the coolest people in the bike scene, and enjoy some of the best singletrack in the state.

Yeah, I said that.  It’s really a great place to ride.

Anyway, since I’m “competing” in the single speed class, I had to do a little bike work last night.  I took of my standard local (and apparently cross country lap racing friendly) 18t cog and replaced it with something that I could stand to push for six hours. 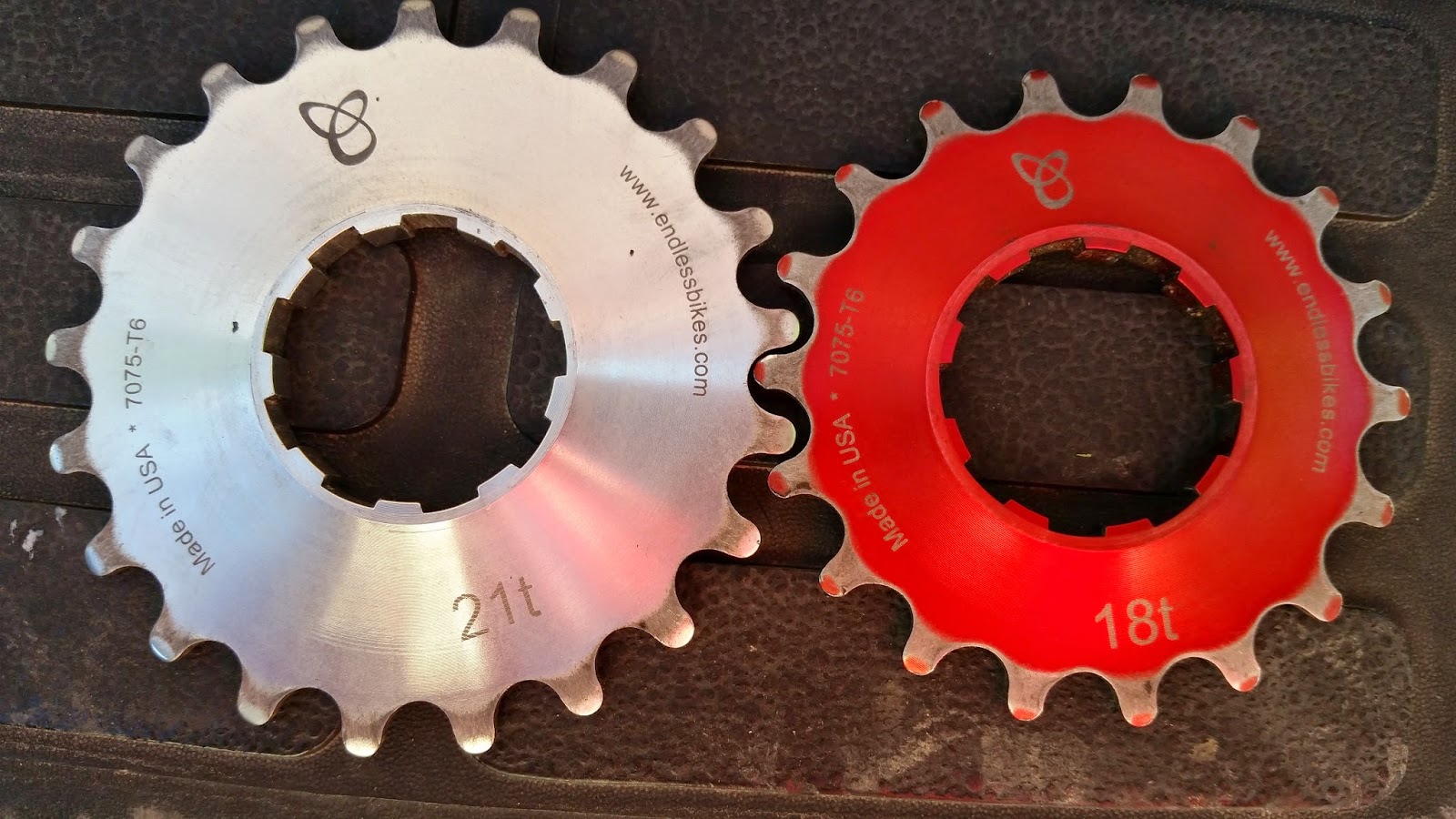 Yeah, it’s an easy gear.  If you weighed 230 pounds you’d want something easy too.  Sure, it will be way too spinny at first, but later in the day I’ll be glad I did it.  Well, maybe.  I’m sorta having second thoughts on my gear choice.  I’m a lot stronger than I have been in years past, and my fitness level is pretty good at this point in the season.  Maybe I can run something harder.  Maybe I’ll change it again before Saturday.  Maybe I won’t.  Who gives a shit.

I also took the time to go over my bike again, checking to see if there were any issues from my race last weekend.  I did have to tighten up the headset a little, and I found some other issues while I was at it.  I definitely needed a new chain. 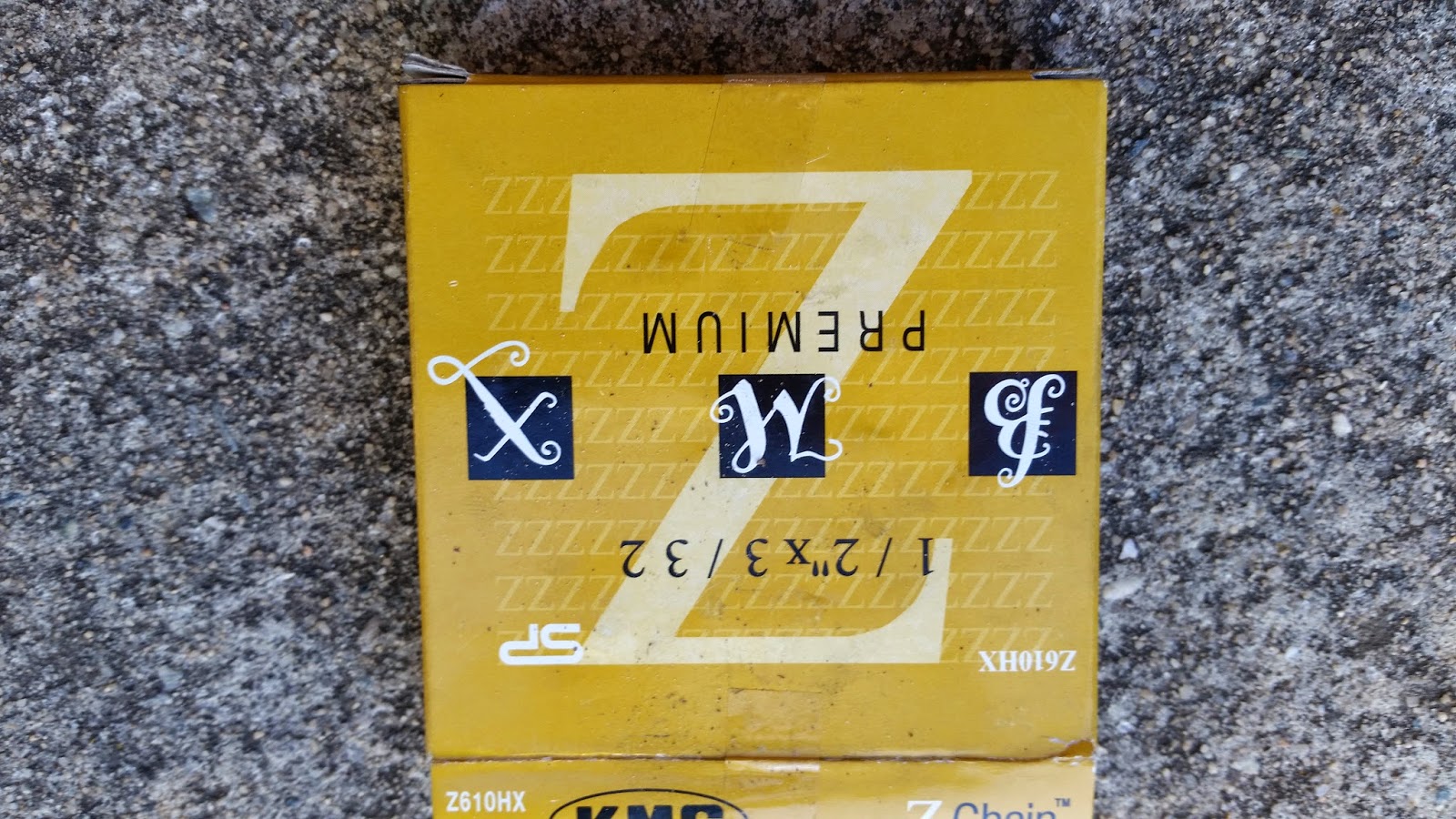 The picture keeps loading upside down.  Just stand on your head and everything will be right.

I’ve been using the KMC 610 for quite a while now.  I haven’t broken one yet, and other than getting a little sloppy after prolonged use I’ve had no issues.  It’s heavier than some other single speed chain options out there, but I’m heavy too.  I like having something tough that I can’t break.

I also finally remembered to do something else that’s been put on the back burner for some reason.  In the past few rides/races, I’ve noticed my foot slipping out of the pedals every once in a while for no particular reason.

Well, I guess there is a reason. 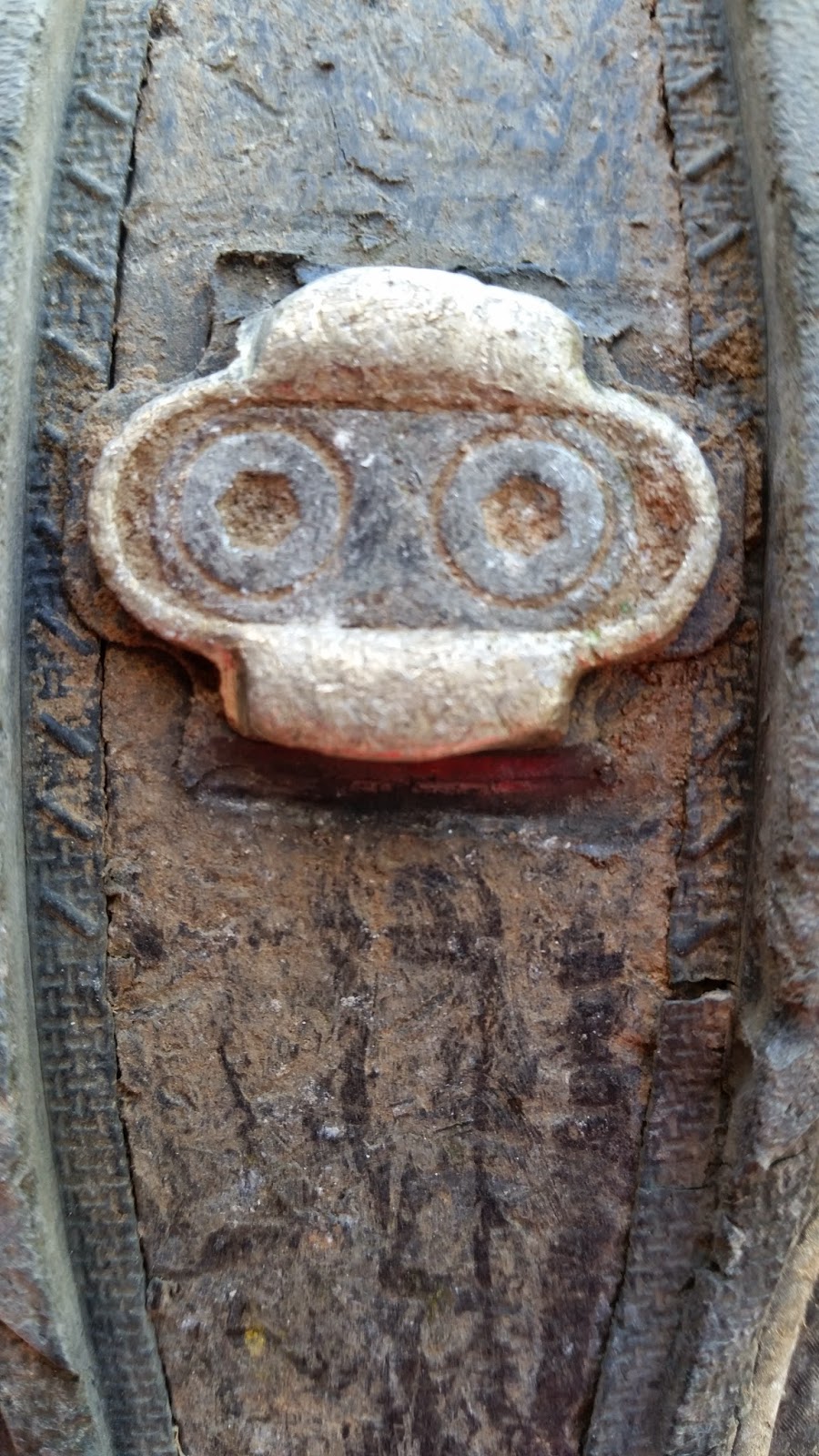 Luckily, I get some good support from Crankbrothers, so I had a new set on hand to swap out. 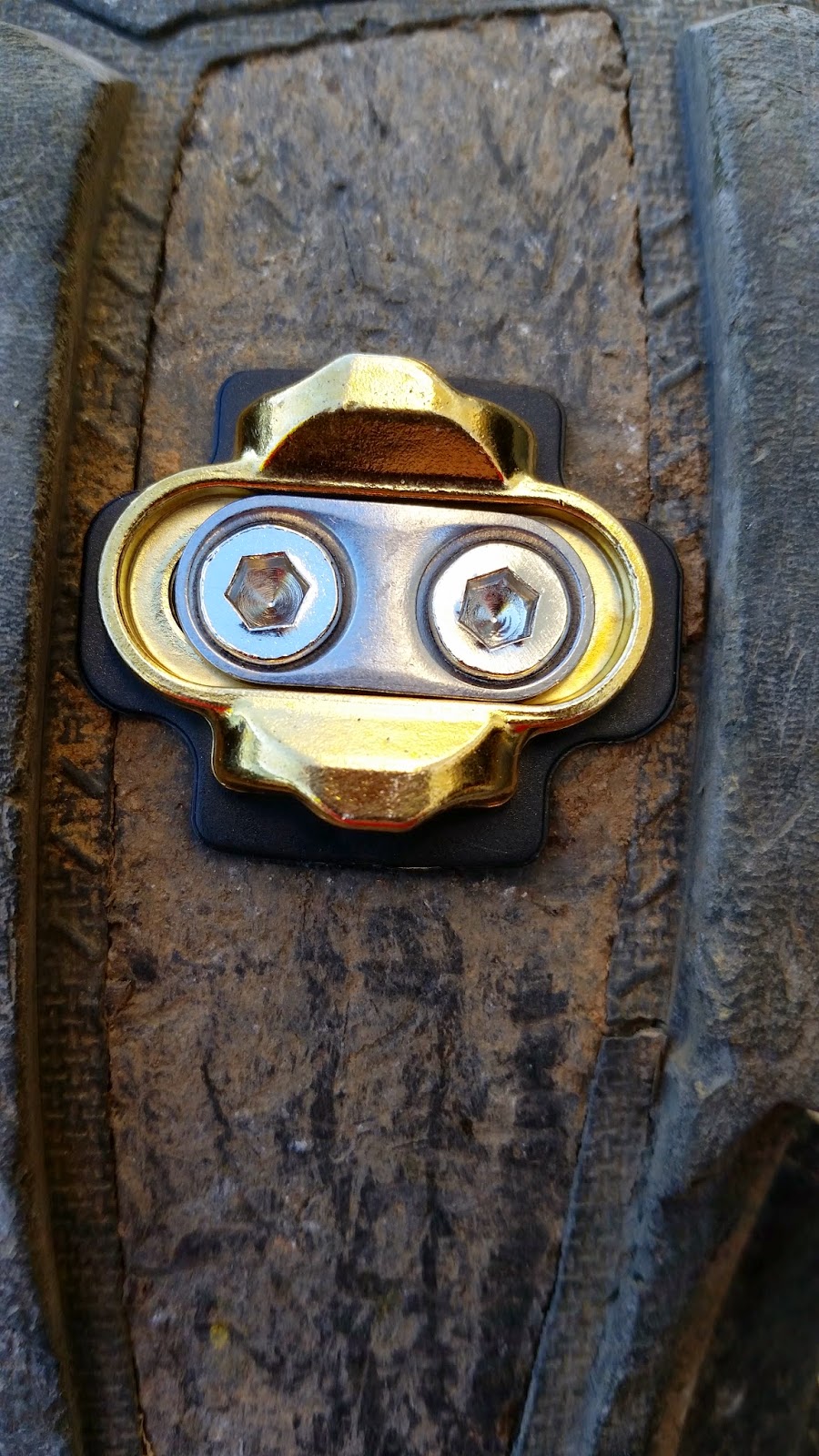 Since I’ll be racing quite a bit more this season, I knew I had to thoroughly go over my bike to make sure it wouldn’t fail on me.  I had a list of things to check/replace, and after taking care of maintenance issues there was only one thing left… 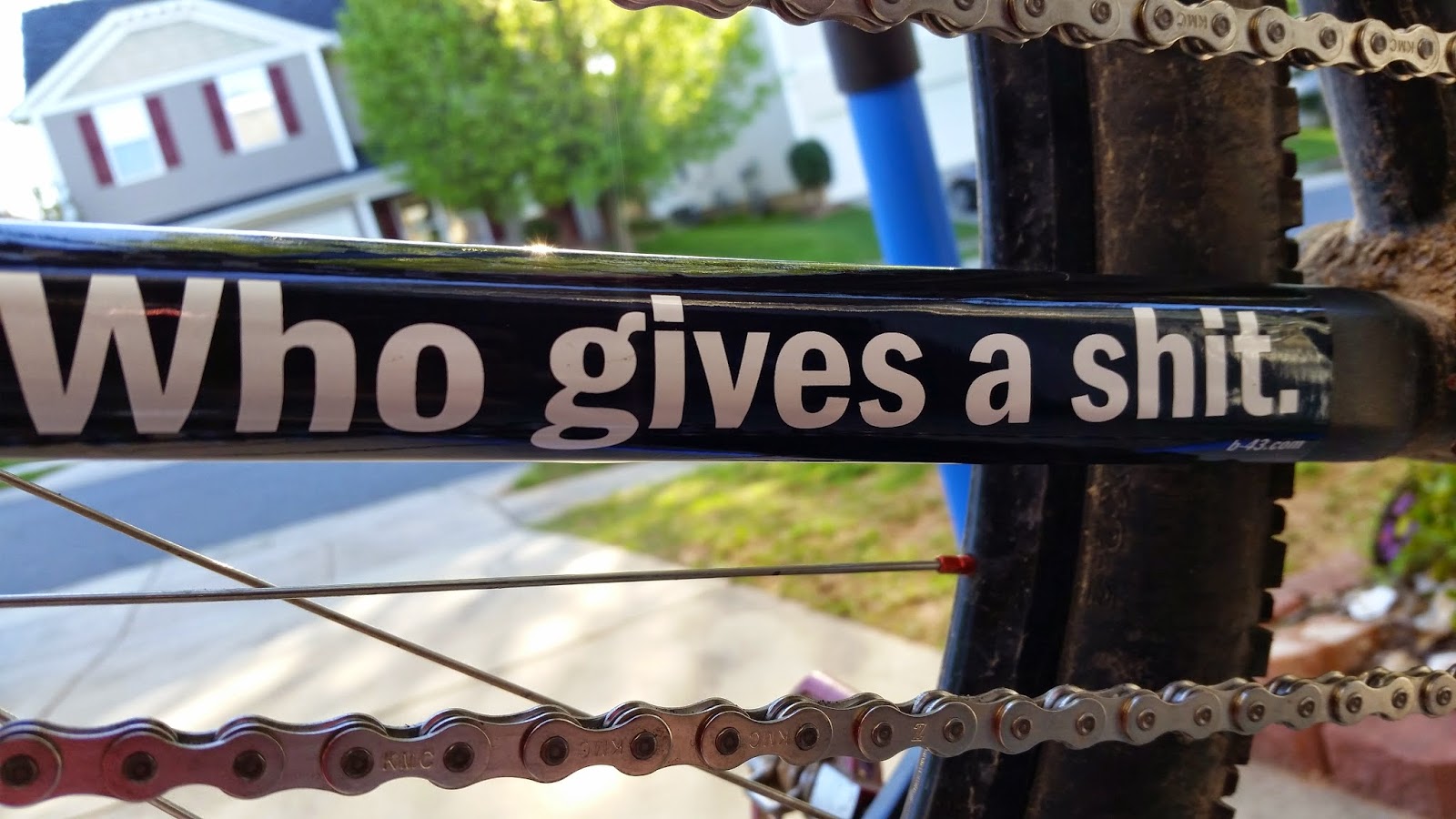 Now my bike is ready.

My legs feel good, and that nasty shit in my lungs is all but gone.

See you there. Goal this year is 4 laps.