A Bike Is Always The Best Way 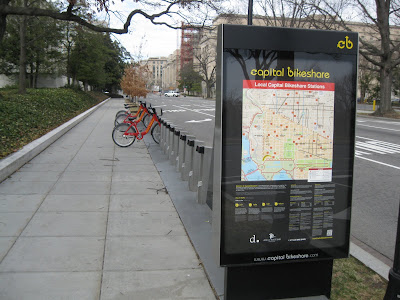 Little Miss Sunshine and I just returned from a trip to our Nation’s Capital, and we had a blast. As you can see in the photo above we found some of those crazy rental bikes, better known as the Capital Bikeshare program. After visiting D.C. for pretty much as long as I can remember, I’ve never actually ridden a bicycle through the city. Turns out that it is the best way to see everything. The whole Bikeshare thing was a little weird at first, but it was actually pretty easy to figure out. It’s basically a big-ass vending machine for bicycles, and there are stations all over the city. You can pick one up at any station, and return it to any other station of your choosing when you’re finished. They charge you an hourly rate, and you can keep the bikes for up to 24 hours. After you swipe your credit card, you get a code that you punch in on the bike rack. And just like that, you start riding. 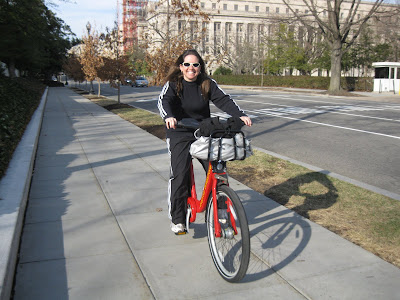 Yeah, they are kinda goofy and a little difficult to ride at first, but it was really neat. We rode the shit outta those bikes all over the city, even taking them off of curbs, through some dirt and gravel paths, and even passing by some historical things. 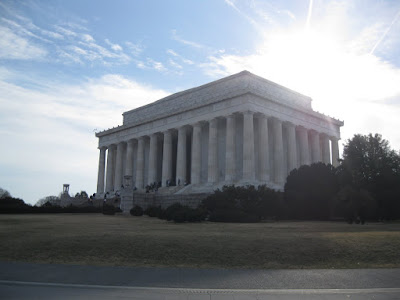 We stopped for a bit in front of it, but avoided the crowds on the steps. 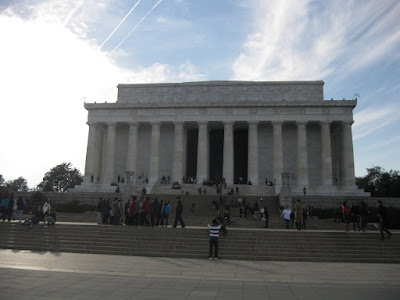 I even captured a guy riding by on a giant unicycle (and a kid busting his ass trying to run after his family): 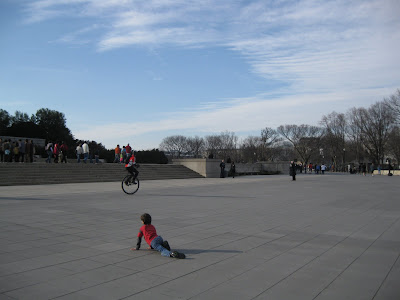 We decided to head over to the Jefferson Memorial, which would either be a really long walk or a pricey cab ride. Since we had the bikes, it was easy (and inexpensive.) It was also scenic: 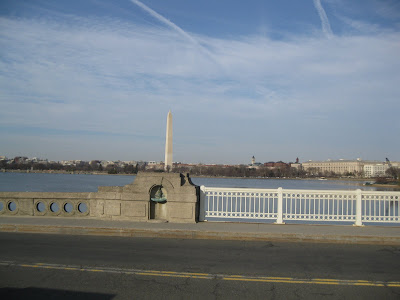 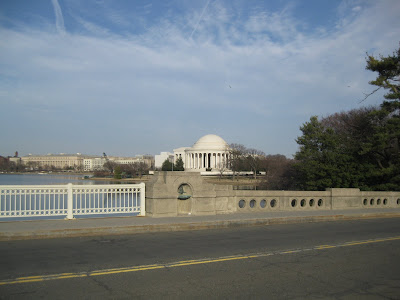 On the way I bumped into this guy. 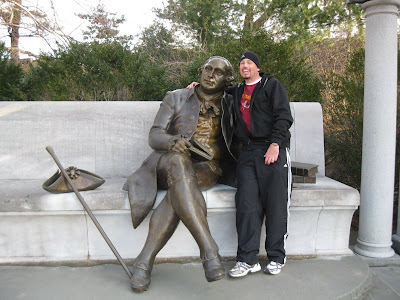 Our founding fathers were big dudes, I guess.


Since I was already posing, Little Miss Sunshine wanted me to show off my fancy bike: 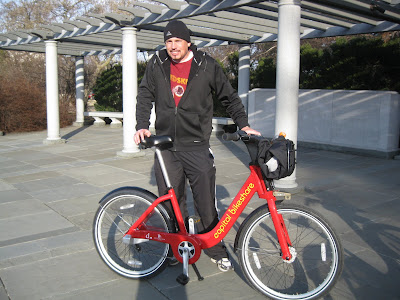 Oh yeah, I rode it around too: 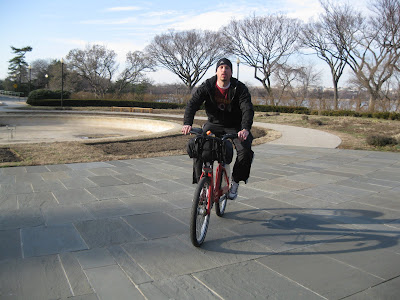 No matter how hard I tried, I just couldn’t look cool on that thing.


Here are a few photos of the Jefferson Memorial, in case you’re interested: 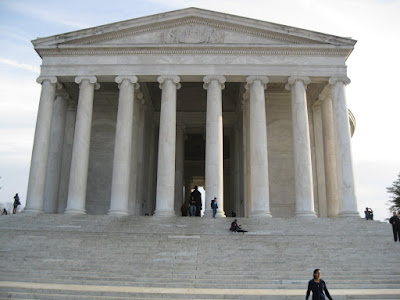 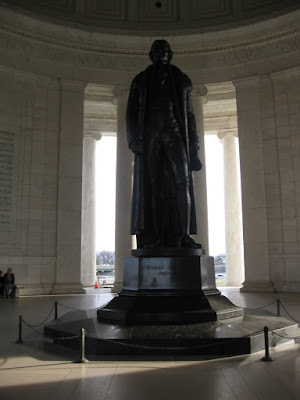 The view across the tidal basin was pretty cool: 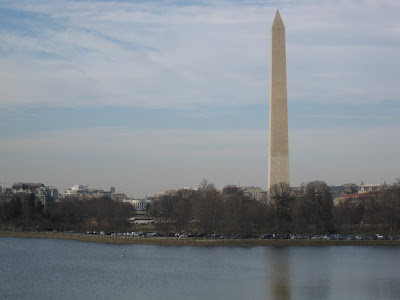 And here’s another shot of the memorial: 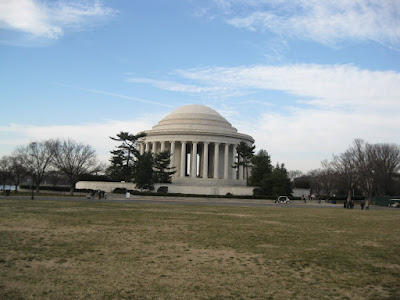 After that, we rode our happy asses back across the river: 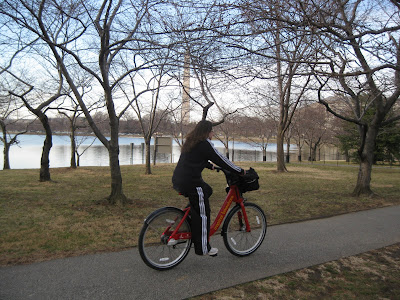 I was low on cash, so I stopped by to pick up a few bucks: 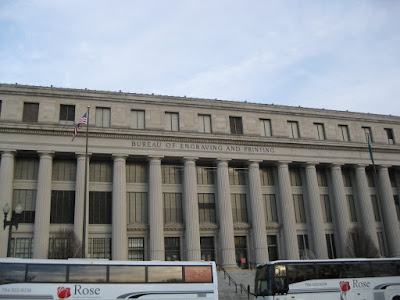 Then I did a ride-by of the White House: 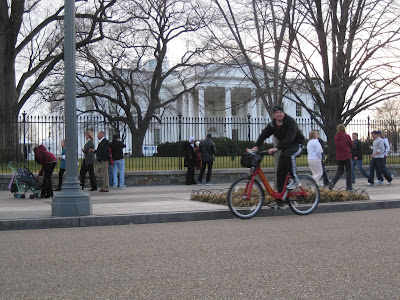 I did stop to take a still photo: 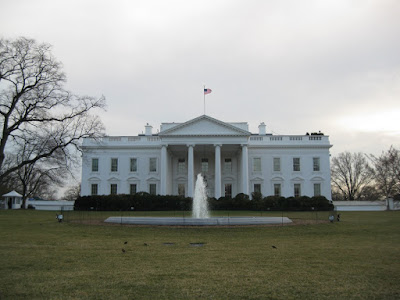 And just like that we were on our way again: 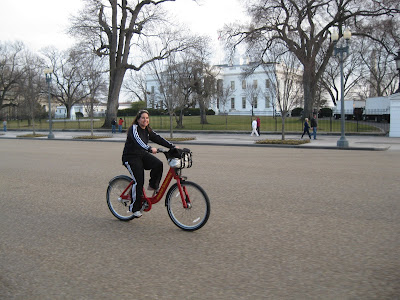 And, that’ll do it for today. I’m still pretty exhausted from our adventures in D.C., so that’s why I’m short on words and heavy on the photos. It makes it easy for you anyway, since I know most of you don’t read this shit anyway. I’ll be back tomorrow with the end of our bicycling adventure through the Capital City. See ya then.
Posted by TheMutt at 8:41 AM