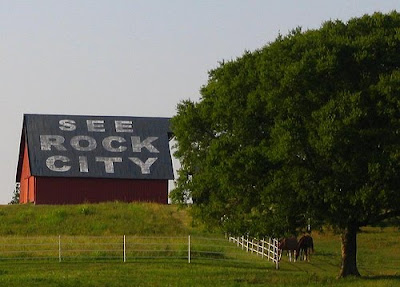 No, I wasn’t at the famous tourist trap in Tennessee yesterday. It sure felt like I was in some kind of rock city though. I went to race number three in the Southern Classic Series at San Lee Park, and that trail was one of the rockiest I have ever been on.


The day started out early, with the Dirty Party Cycle meeting Lunchbox and I at the house at the crack of dark. We headed out in the rain, making the little over two hour drive to Sanford, NC. The temperature was in the high 30’s, but the rain made it feel much colder. I wonder what the hell I had gotten myself into as we drove through the Uwharrie National Forrest, but I wasn’t about to turn around. Part of the thrill of racing in this series is getting to ride different trails, and I wasn’t about to miss this one. 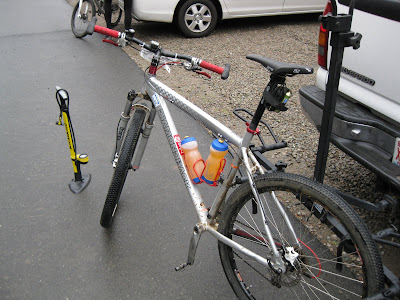 We got there with plenty of time to spare, but I was way too freaking cold to ride around for a warm up. I did anyway for a bit, but I just couldn’t get warm. At a little after 10:00 a.m., we lined up for the start. 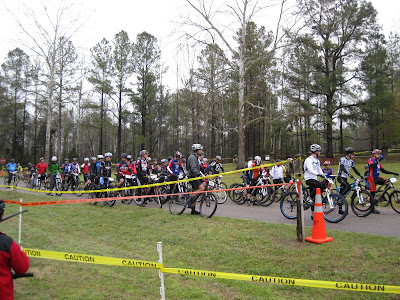 Just like last week, we had to climb this big ass paved hill to get to the singletrack. I decided that no matter what happened, I wouldn’t get caught up in trying to haul ass at the beginning of the race. I felt good (other than freezing my ass off), and I wanted to keep it that way. 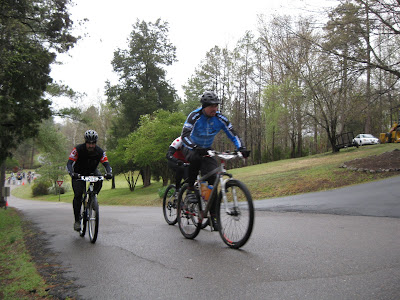 After that hill, there was more climbing to be done. When I entered the singletrack, I was in third place. I felt okay, but my heart rate was up. I could see the two guys ahead of me, and they weren’t really getting away. I wanted to keep my steady pace, but the trail had other plans. All of the rain that had fallen on the trail had made things pretty slick, and I didn’t really have the right tires for those conditions. Also, there were rocks everywhere. Big ones, little ones, baby heads, etc. More rocks than you could shake a um, rock at.


I was being really cautious on that first lap, and it seemed to pay off. First and second place were withing sight, and I was staying right there with them in spite of my lack of control. I hit a few trees because I slid out a few times, but overall I was feeling good. Well, at least until I hit a section called, The Gauntlet.


Holy Shit. There were rock gardens upon rock gardens, with rock gardens in between. Oh yeah, it was a ton of switchback climbing while riding through them too. I could see the guys ahead of me having trouble, so I figured that it was a good time to make my move. I seemed to ride fine through the rock gardens, and I was gaining lots of ground on my competitors. All of a sudden I passed one guy, and I left him way behind. First place was in my sights now.


I kept climbing, but on the downhill stuff I had to back off a lot more than I normally would because of the conditions. It was slicker than a slugs belly out there, and I wasn’t about to have some catastrophic crash and DNF. Hell no. I kept my slower than usual pace, and I was also finally staring to warm up a bit.


Yep, I was feeling good. Well, until another section of climbing switchbacks called Charlie’s Mountain. I was not winning, because Charlie was kicking my ass. Eventually, the guy I passed came by to reclaim his spot. He didn’t get far away though, and there was still plenty of race left. I was tearing it up out there, which you can plainly see in this photograph that Lunchbox tried to get. 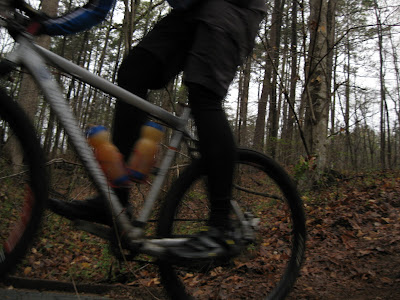 Um, yeah, that didn’t work. He would get another shot though, as I still had one lap to go. I climbed up that horrible paved hill again, and got ready to turn it up a notch. You’ll have to wait until tomorrow though, because I can’t be on here all day telling you about my silly race adventures. Come back and find out what happened, okay? Good. See you then.
Posted by TheMutt at 9:19 AM

You used a lot of similies in your blog today. I am sure your english teacher would be proud.