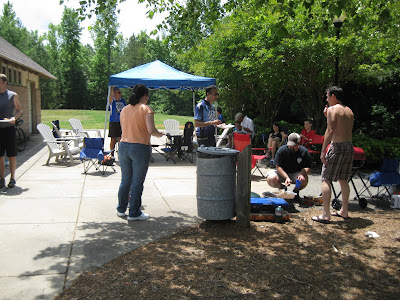 Somehow I forgot to mention what I did over the weekend. Sunday, my local club had a cookout to cap off Bike Charlotte. The Tarheel Trailblazers Ride and Cookout was back again this year, but we added a little twist. Since Old Man Winter is long gone, it was time to have a Kids Ride. Having it at the same time as the cookout seemed like a good idea.


Lunchbox, The Chili Man, and Chili Junior joined me and the rest of the club at Colonel Francis Beatty Park down in Matthews, NC for the ride (and food of course.) We had a pretty decent crowd, and the kids were eager to hit the trail. It had rained the night before, but after waiting for a little while the trail was in great shape. Now I’ll shut my yap and get to the photos. 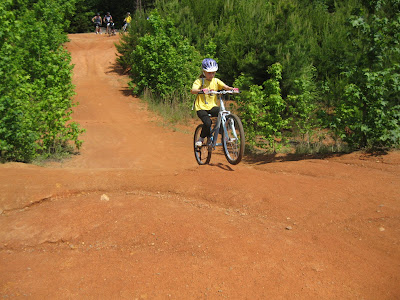 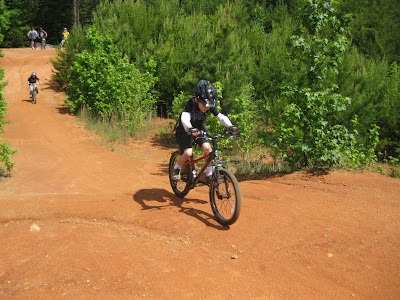 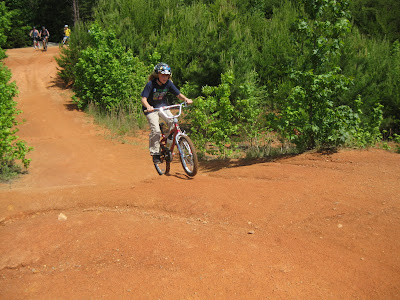 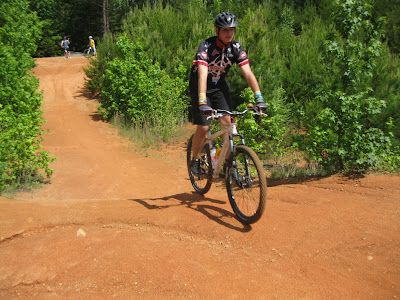 In case you forgot because he is man-sized, Lunchbox is still a kid.

We did have adults there too though: 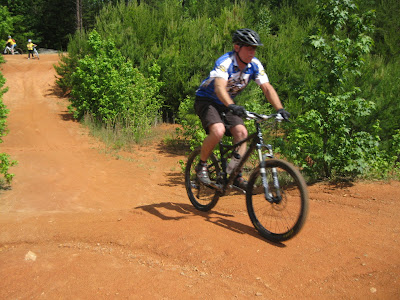 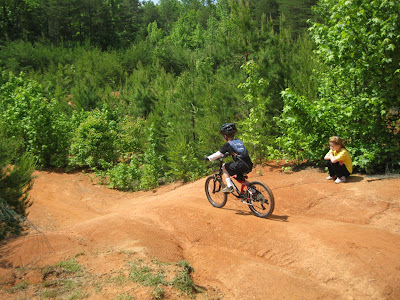 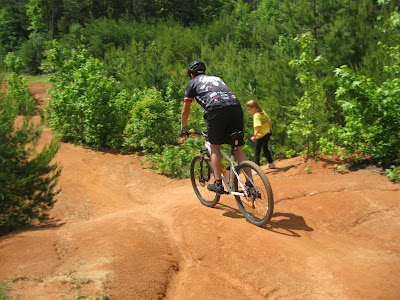 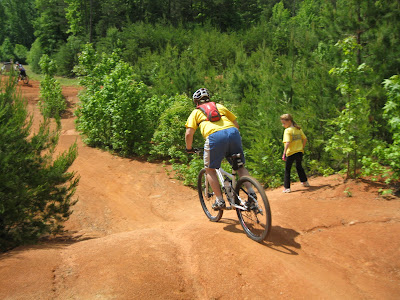 Even The Chili Man got in on the action: 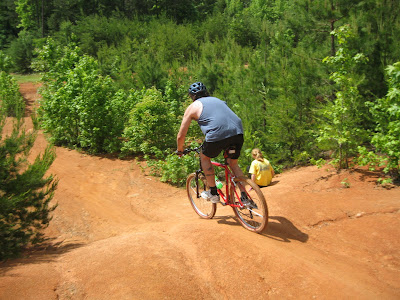 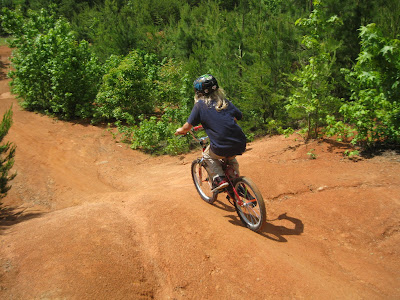 But he had a minor mishap: 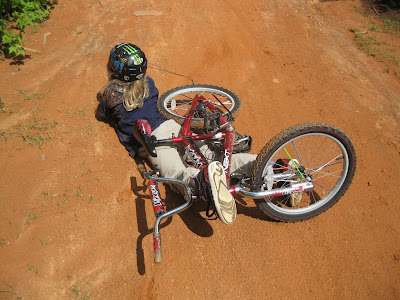 After the Medic (me) rushed to the scene and took that photo, it was determined that he would be okay.

We hit the trail again after playing on the jumps. Here is Lunchbox helping Junior Chili with one of the features, with The Chili man standing by: 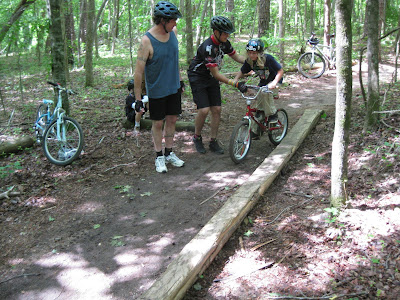 We rode about three miles or so, and the kids had a blast. 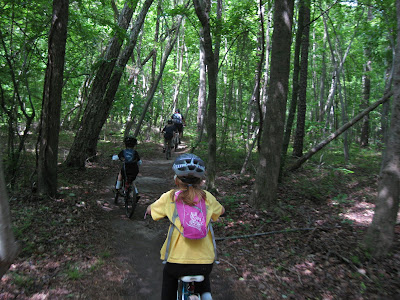 And of course the adults did too. 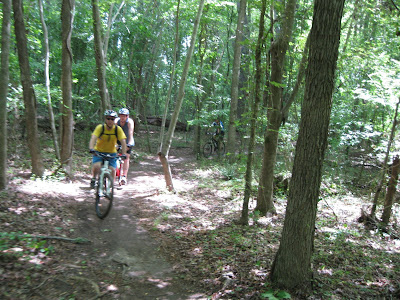 I’m glad we’re back to doing the Kids Rides again. I really enjoy watching the little ones tough it out on the trail. It wasn’t all about the kids though. A little while later I met up with The Dirty Party Cycle, and we got out for some hot laps. There were no photos of that, because we were going too damn fast.

I’ll be back again tomorrow to talk about an upcoming race, and also about some new clothes. What? Yeah, it’s like that.
Posted by TheMutt at 8:09 AM