I know, I’ve been known to bash roadies form time to time on here, but I don’t hate those guys. In fact, I do own a road bike of my own, and even ride it every once in a while. Probably more like twice a year to be exact, but whatever. Anyway, I don’t get too many chances to watch roadies in action (other than when they hit up mountain bike trails), but over the weekend I actually attended a roadie function.

Little Miss Sunshine and I went to the 38th annual Dilworth Criterium on Saturday, and we weren’t disappointed. We were actually there for first aid support for the race, and I was hoping that we wouldn’t be real busy patching up scrapes and such. Also, one of Little Miss Sunshine’s coworkers, Bob, was there competing in the event. 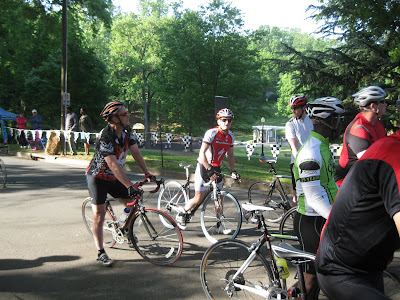 That’s him in the middle.


Since he was in one of the first races of the day, I tried to get a few photos before things got busy. Half of these photos look like shit, but I tried. They were after all, going pretty fast. 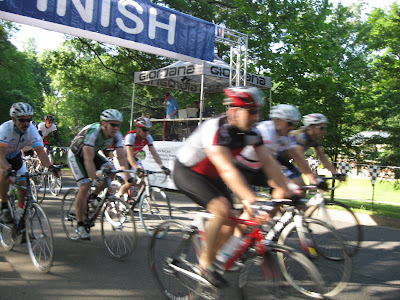 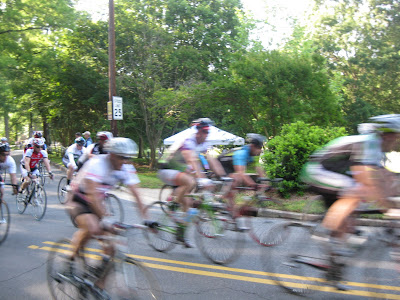 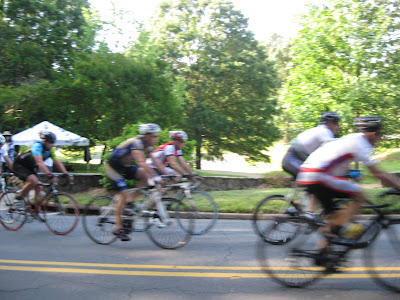 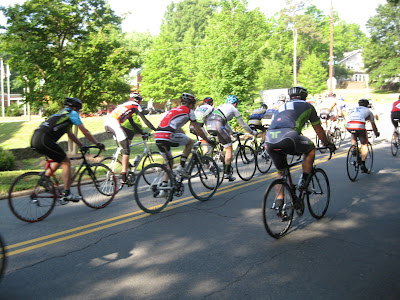 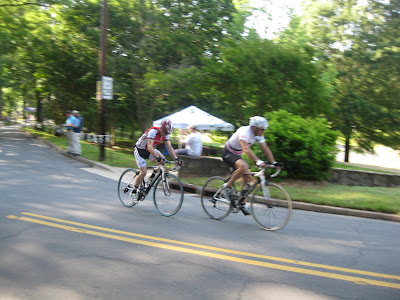 After thirty minutes of racing, Bob was happy to be finished. 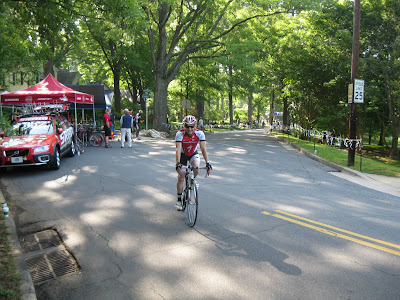 It looked like fun, but I don’t think I’ll be doing any of that stuff anytime soon. There were a few of my mountain biking friends out there though, including local Dirt Divas Patty Smith (racing in her Divas jersey, by the way.) 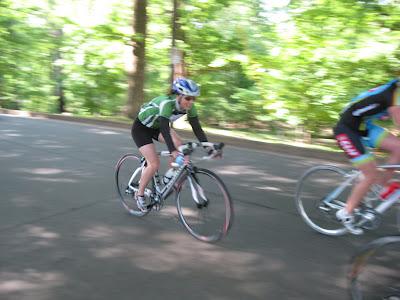 We weren’t too busy, because there weren’t a lot of incidents requiring medical attention. I brought my old junker bike to cruise around the course, but this guy made me wish I had brought along my unicycle: 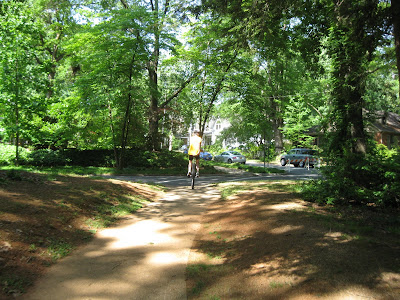 If you read yesterday’s short post, then you saw me riding an “adult” tricycle. During a break in the racing action, they had a race on those things. 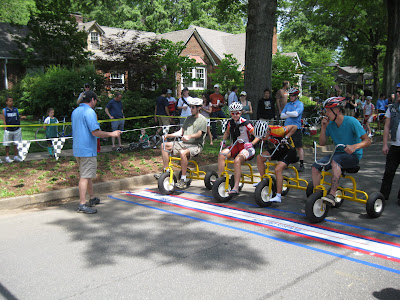 They even had a kids race, with my main man Max taking the win on his bike without pedals. 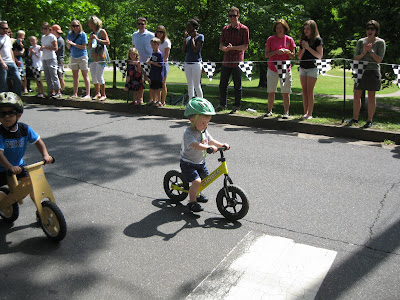 And now for the best part. While Little Miss Sunshine was watching the action in one of the more dangerous corners, one guy slid out in the turn, and had a pretty good crash. We didn’t have to work on him though, but one guy captured it on video. Little Miss Sunshine asked the guy to e-mail her the video, so here it is:

He survived, and we didn’t have to give him any medical attention. This was all of the damage we saw: 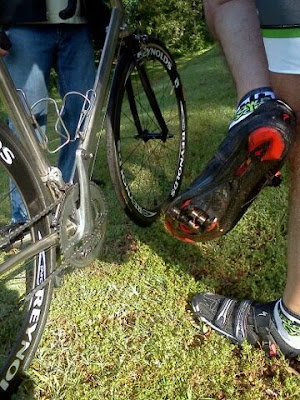 It was a good day, and we actually enjoyed watching the roadies go round and round. We only had to work on one guy, and he was pretty scraped up. No video or photos from that crash, but he will live to ride another day. It’s nice to change things up once in a while, and view roadies in their natural habitat. You know, instead of watching them flail around on mountain bike trails.
Posted by TheMutt at 8:08 AM