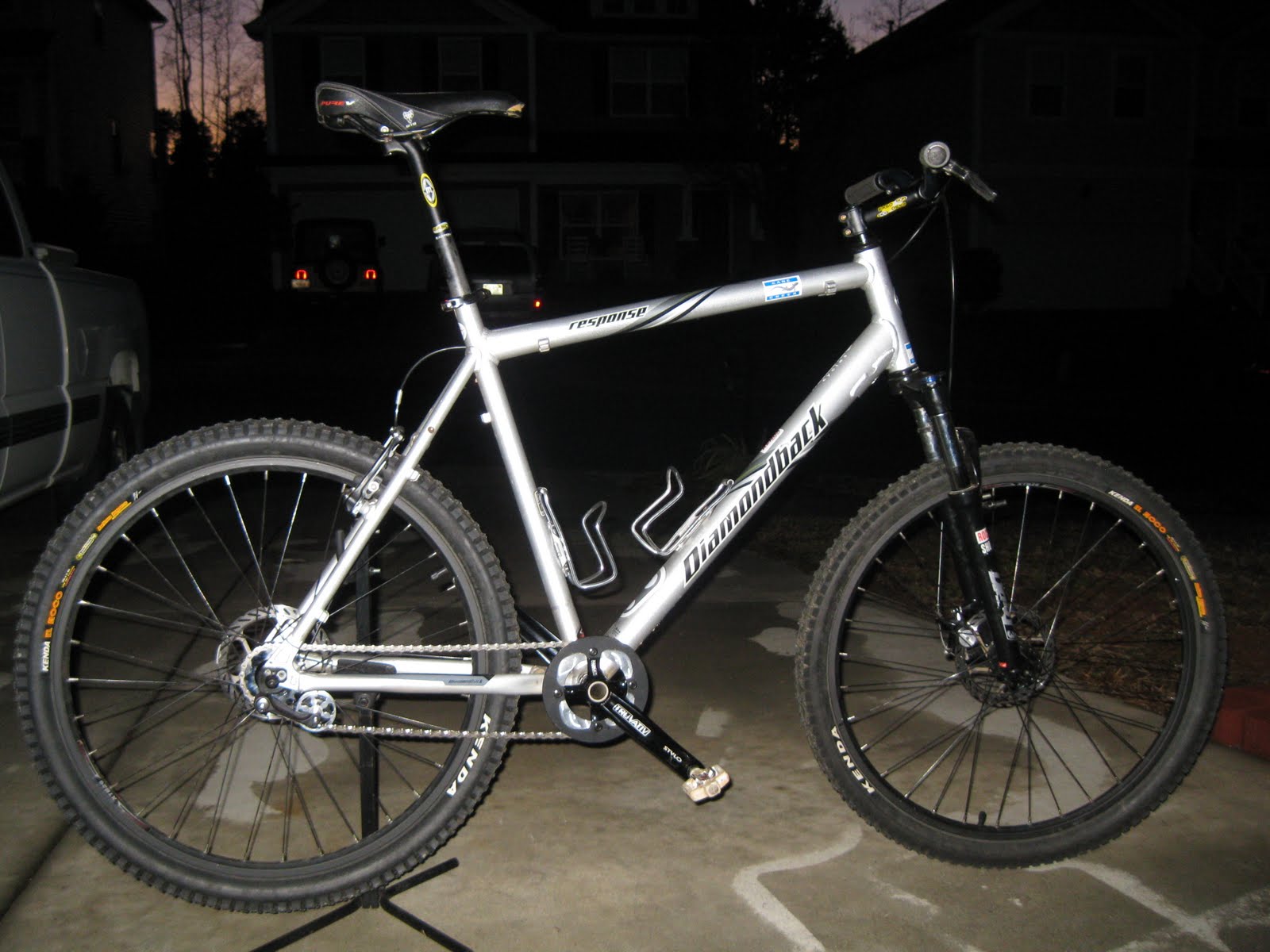 This was my play bike. My first foray into singlespeed riding. While I did enjoy the simplicity of having only one gear, I had trouble riding around on those tiny little wheels. I’d been hoping to eventually do the 29er singlespeed thing, but I didn’t want to invest any real money into it. Sure, I could have converted The Big O into a one-gear machine, but I’m too lazy for that. I need my gears. Well, at least the ones in the rear anyway. I'm running a 1X9 setup, remember?


Da udda day, I found a deal on a 29er frame and fork here locally, so I scooped it up. Since I had a small-wheeled singlespeed bike and spare set of big wheels (ever since George got busy and built me a new set), I had plenty of parts to build up a singlespeed 29er. The frame kinda sucks, but at least the wheels are the right size. I spent about an hour building it up, and here is the finished product: 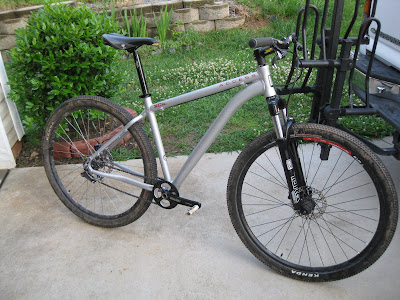 Most of the parts should look familiar: 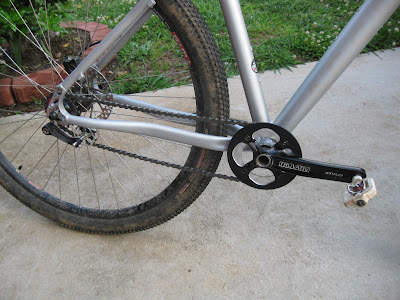 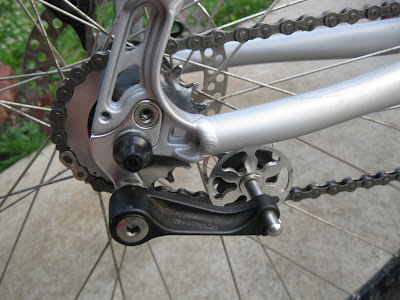 After finishing everything, I took it for a test ride. It seemed much better than it’s small-wheeled counterpart, and I was happy about that. Lunchbox even took it for a spin: 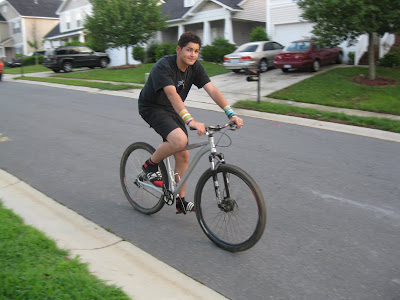 He really liked it too. While I won’t be riding this bike very often, at least I can go out once in a while to see what the single life is like. Lunchbox even said he’d like to try it on the trail sometimes. It ain’t pretty, but it will do the job. In fact, I think it's downright ugly. Because of it’s not-so-pretty disposition, I even came up with an appropriate name for it: The Shitwagon. Yeah, I got the idea for that name from one of Dicky's posts, but it wasn’t being used on a bike he owns. I hope he doesn’t mind.


If I like this singlespeed thing, then I may just spend some real money on a real frame. If not, at least I can pretend to be like the big boys whenever I want. It’s nice to have choices when I ride, and you can never have too many bicycles anyway.
Posted by TheMutt at 8:19 AM

Send a check to my office.

Would beer work instead? That's a better form of payment, you know.