Today’s post is all about my pal and neighbor, The Chili Man. Since he is kind of an honorary B-43 member, I’ll mention his adventures on here once in a while. He does have his own blog, but he hasn’t updated that thing in ages. Anyway, after building up a bike for him last year out of shit from my scrap heap, he’s taken quite a liking to cycling. I think his goal was to eventually compete in an XTERRA event, but he started off slow with the University City Duathlon last weekend. Lunchbox and I were there to show our support and also to volunteer, so we got to see all of the action.

Just before the race, he was getting all “limbered-up.” 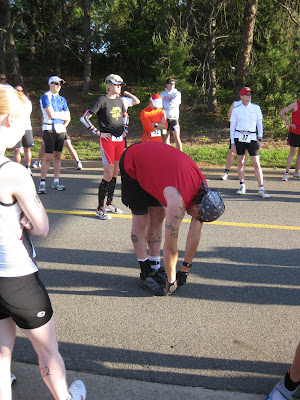 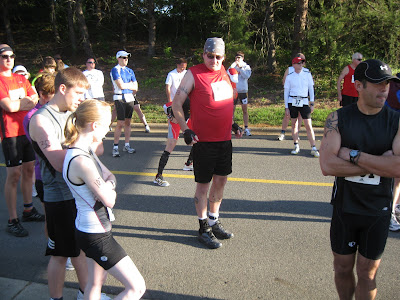 Even local race promoter Neal Boyd was there. He was running the event and did a swell job. 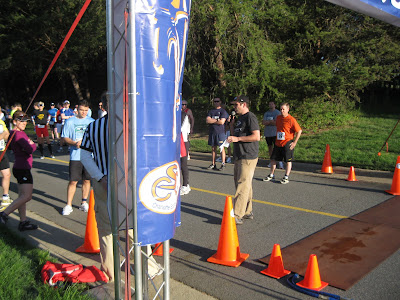 After lengthy pre-race announcements, they were ready to go. Even though he was nervous, The Chili Man was still having a good time. He’s all about hamming it up for the camera. 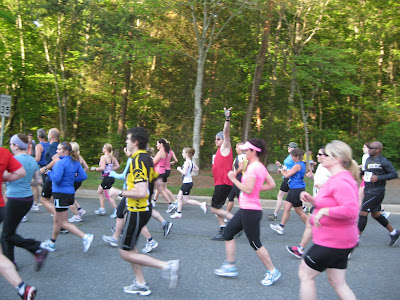 We waited by the trail exit for the first run to be finished. It was a 5K run, so I figured I would see him in less than thirty minutes or so. The last leg of the run had them going up a tough hill, but that didn’t break The Chili Man’s spirit. 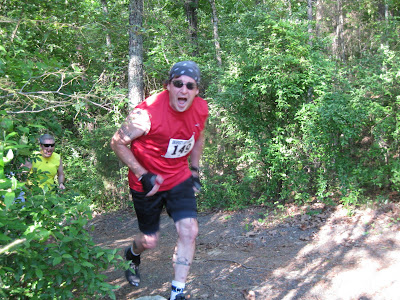 After a short transition, he grabbed his homemade bike and hit the road. There were a lot of serious roadies and triathlon types there, but The Chili Man was riding a mountain bike (with slick tires.) I didn’t have time to get him used to riding my road bike, or else he could have ridden it for the race. That didn’t matter though, because he was just as serious as the other participants. 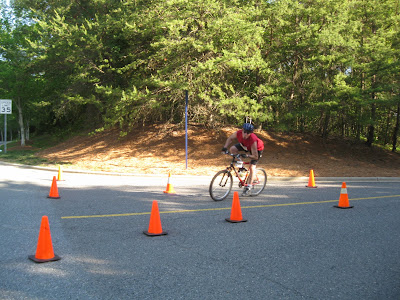 It was about a twelve mile or so bike course, consisting of two loops. He’s been riding a lot, so I knew he would be okay out there. I saw lots of folks on “real” road bikes out there, and they looked like they would have a rough time on the course. The Chili Man however, would not. After what seemed like no time at all, he returned from the bike leg of the event. 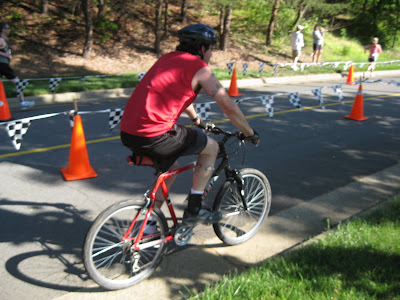 The last run would be much shorter. I forgot the exact distance (and I’m too lazy to look it up), but I’m pretty sure it was less than two miles. Usually when you run after riding a bike for so long, your legs get all wonky. He said it kind of feels like that episode of Friends. I saw what he was talking about. 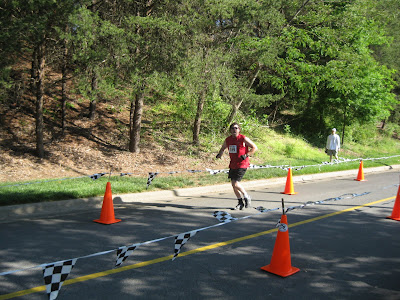 After waiting hardly any time at all, he returned. We had all gathered around the finish line to watch him come in and to cheer him on. He didn’t disappoint either, because he did a damn cartwheel as he crossed the line. I wasn’t expecting that, but I had the camera out anyway to catch the landing. 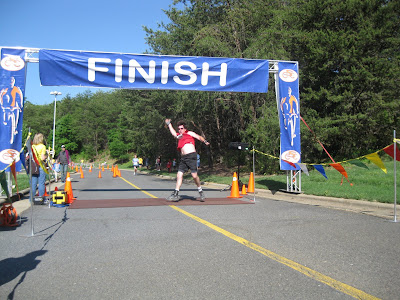 I would’ve busted my ass for sure.


When it was all said and done, he finished his first duathlon better than he thought he would. In fact he ended up in fourth place in his class. Not too bad for a rookie. He had fun, and definitely entertained everyone that was there (that is what he does best.) I’m proud of him, and I hope to see him enter a few more races. In fact, I’ve been trying to talk him into some mountain bike races, but we’ll see how that goes.


I have a really busy weekend coming up, so I will hopefully have lots to talk about when I come back next week. Why don’t you come back and see what happened? I’ll be here, and you should be too.
Posted by TheMutt at 8:18 AM