Mondays kind of suck for me as far as work goes, so it was all I could do to post something up today. I was busy as shit over the weekend, so I’ll probably have quie a bit to talk about this week. Since I’m pressed for time today however, I’ll just throw up some photos from the BIKE! Charlotte ride with the Mayor on Friday. We all met up at Queen City Bicycles to get the day started. 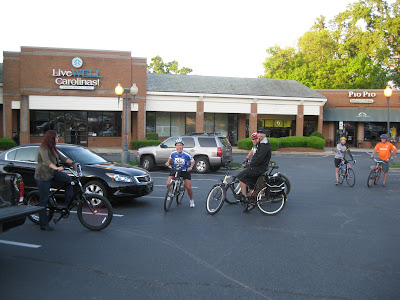 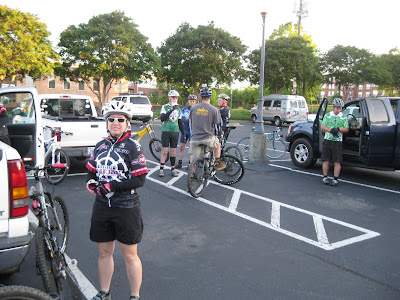 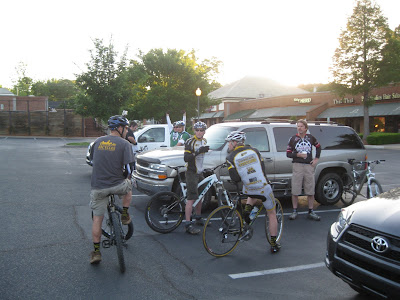 Another local shop owner showed up on a not-so mountain bike. 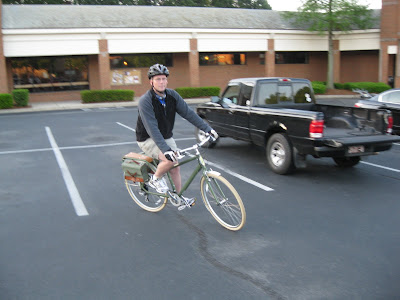 After a few minutes of milling about, we headed out to meet the rest of the Charlotte cycling population to ride with the mayor. I got a photo along the way, but it didn’t come out so nice. 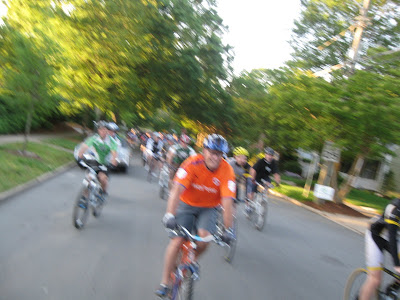 Anyway, after riding a mile and a half or so, we met up at a local YMCA to get ready for the real ride. 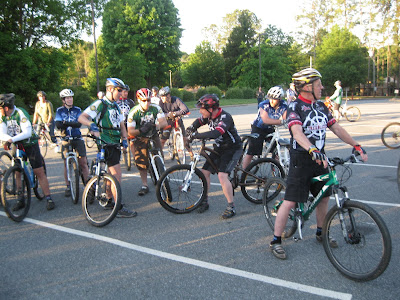 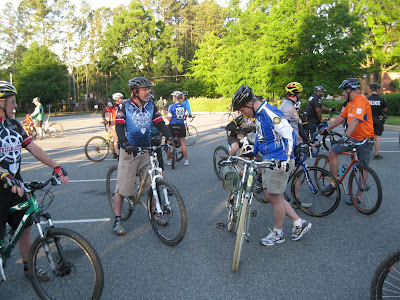 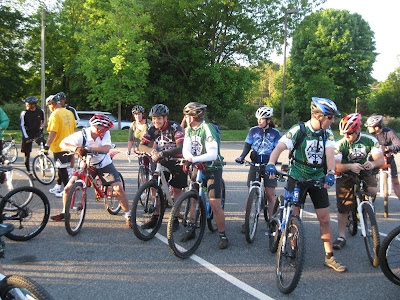 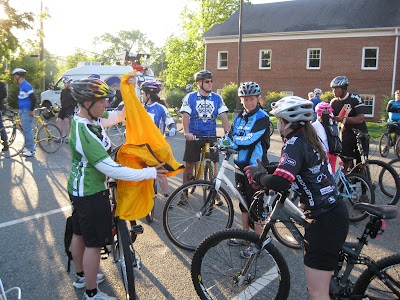 There was a good turnout, and not just from our local club either. 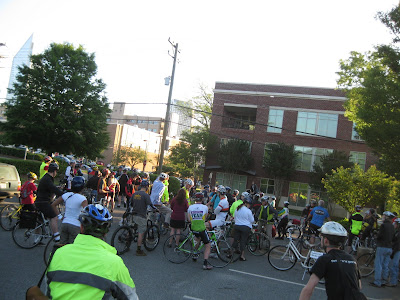 After a short speech by the mayor, we were off to the city. 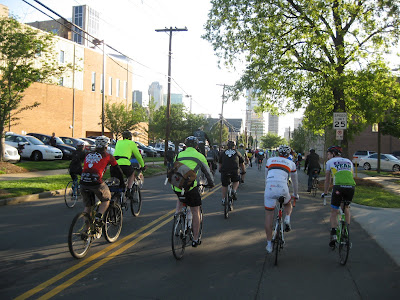 Little Miss Sunshine was happy to be riding with the group: 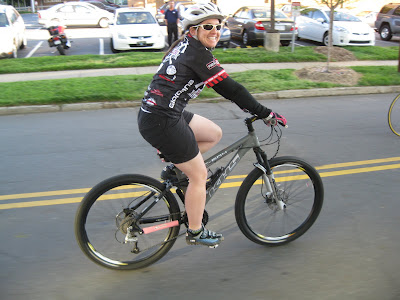 Did I mention that Lunchbox skipped a little bit of school to attend? 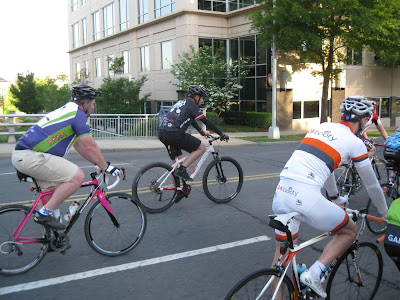 After a short ride, we made our way into the concrete jungle. 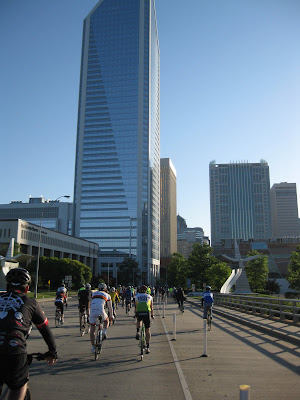 There were a ton of people there, getting everything from free breakfast to free t-shirts. This was all to show our support for cycling here in Charlotte. 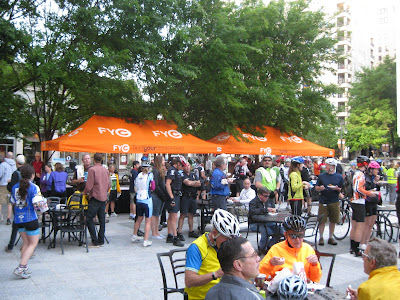 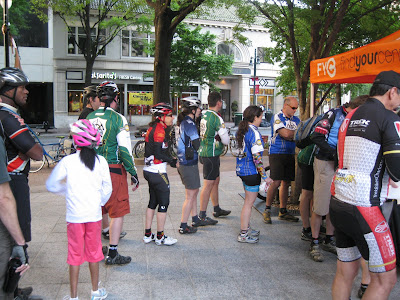 I have to also give a big thanks to these guys: 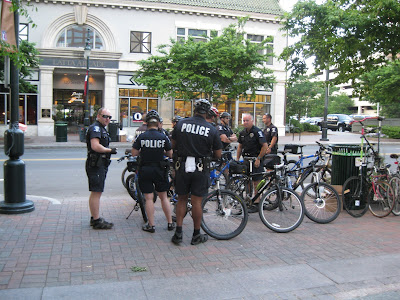 They gave us a bicycle police escort to the ride, and it was greatly appreciated.

The morning ended with Little Miss Sunshine protecting the Chick-Fil-A cow from an attacking dog: 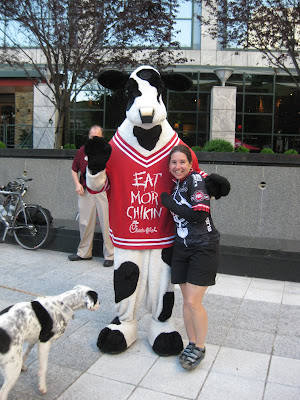 It was a lot of fun. That’s it for the recap though. I’ll be back tomorrow with a race report from the Race To The River down in Harbison State Forest in Columbia, South Carolina. It was an interesting event, so you won’t want to miss that one.
Posted by TheMutt at 10:27 AM