Snakes On A Trail 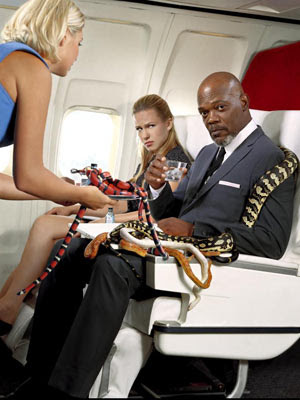 I still have some video left from the Ride With Me Series. Well, there is only one left. The best part about that last section was the multitude of snakes I found during the ride. In hindsight, I should have left in the snake wrangling part for you to see, but honestly I had way too much footage left. It wasn’t that exciting anyway. I had to get this guy off the trail so he wouldn’t get hurt: 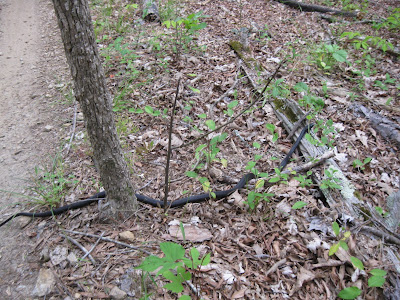 I almost ran over him, and when I stopped he wouldn’t move any further off the trail. I tried to tell him that someone could still run over his tail, but it didn’t matter. He was pretty nice though, and didn’t seem to mind me moving him further into the woods. I said goodbye and headed down the trail.


Not long after that, I nearly ran over two more. These guys got the hell out of my way though. 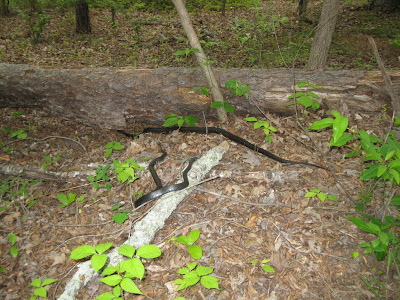 After I took their picture, they took refuge under that log. 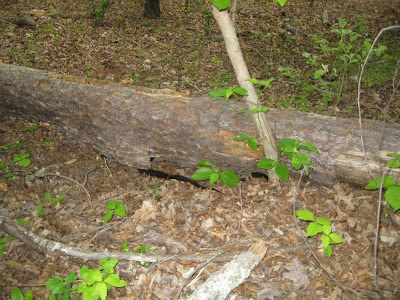 Just as well, since I didn’t want to have to move them myself. They watched me as I hopped on my bike and rode away.


Anyway, this post isn’t all about snakes. I did mention some video, so I guess I can show it to you. It’s quite a bit longer than the others in the series, so much that I had to use two different songs. I did that so I wouldn’t have to drag it out into another segment. This one is actually my favorite, especially the beginning. Check it out:

Yup, good times. I’ll be back tomorrow to talk about my other favorite subject, beer. I have some new brew that needs drinking, and of course a discussion about it is in order. Cheers!
Posted by TheMutt at 8:54 AM

Email ThisBlogThis!Share to TwitterShare to FacebookShare to Pinterest
Labels: Sherman Branch, snakes on a trail, video