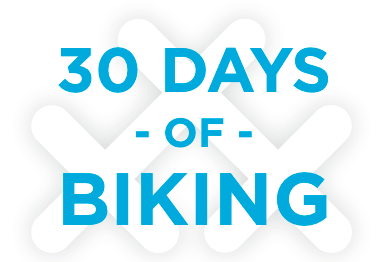 That’s right, I committed to ride my bike for thirty days. What is 30 Days of Biking?

Well, it’s a movement of sorts. 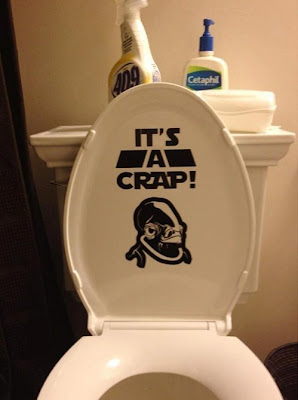 Wait, not that kind of movement.


It’s just another way to promote bicycles. I like bikes. I like riding bikes. During the month of April, thousands of people commit to riding their bikes every day. Any kind of bike, any distance. It’s not some hammerfest or a way to get people to stop driving cars. It’s just riding bikes. If you read this crap every day, then you probably like riding bikes too.


I don’t normally ride every single day. I always say I would like too, but shit usually gets in the way. Long days at work, laziness, and a host of other things can keep me off the bike. Normally though, I get out three or four days a week. With 30 Days of Biking, I decided that I could somehow make time to ride my bike at least a little bit each day.


I started on April 1st with the New Belgium Urban Assault Ride. The very next day, I had to say goodbye to my dog, so I thought that I wouldn’t ride for a while. I somehow ended up on my bike that evening riding around the neighborhood (drinking a beer to drown my sorrows), and at that moment I realized that there was no excuse that could keep me from riding every day. I just kept going from there.


This is the 12th day, and I’ve been on my bike eleven times (and yes I will ride again tonight.) Two of those rides have been races (Urban Assault and the 6 Hours of Warrior Creek), a few have been “training” rides, and even one time I rode to work. Most rides though have been short distances like trips to the store, out to eat, and just around the neighborhood. I’ve ridden my road bike and both mountain bikes. It’s really pretty easy to get off your ass and ride every single day.


How do you get involved? You just ride for thirty days during the month of April. It’s probably a little late now if you haven’t been riding, but if you have then you should register on the website. If you are on Twitter, then every time you ride you should tweet about it and use the hash tag #30daysofbiking. They also have a FacePage.


What do I get out of this? Nothing directly. I just like to see people riding bikes, ‘cause that makes me feel all warm and fuzzy.


Why are you still sitting here? Go out and ride your bike!
Posted by TheMutt at 8:33 AM