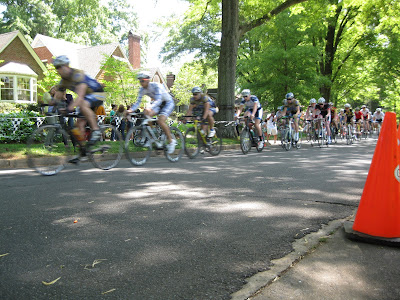 Roadies in skinsuits, whizzing around the park as fast as they can pedal just didn’t do it for me for some reason. I seriously considered racing in the Dilworth Criterium on Saturday, even going so far as to pre ride the course. When Saturday morning came around though, I decided instead to sleep in a little bit.


I needed that anyway.


When I finally got up, I decided to ride my bike in the most non-racing way I could think of. 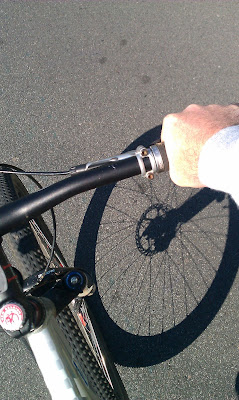 I ended up riding up to get a morning beverage. 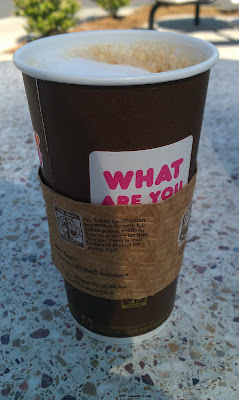 It wasn’t the best coffee, but the fact that I rode my bike to get it made it taste pretty damn good. I eventually got out of the house and headed out to the Dilworth neighborhood, and I watched those guys and gals make themselves dizzy riding around in circles.

It was actually pretty fun to watch, but eventually I started getting hungry. Since I wasn’t smart enough to bring my bike or even my skateboard, I had to find some food within walking distance. Luckily, there was one of my favorite places just around the corner. 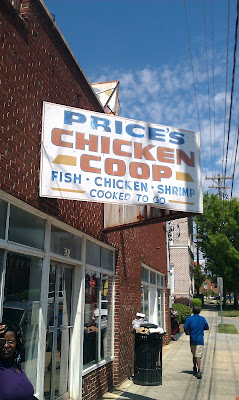 The best chicken in the world can be found here in Charlotte at Price’s Chicken Coop, and I was only a few blocks away.

I gots me a big ass lunch… 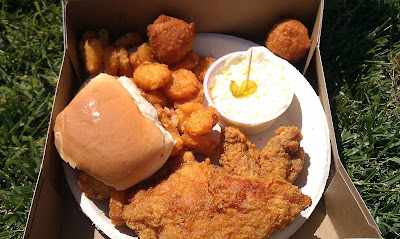 and sat on the grass next to the train tracks and enjoyed it. 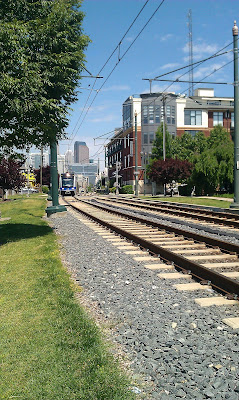 I guess it’s a good thing that I ride bikes quite a bit, because I can afford to eat junk food every once in a while


I eventually made my way back to the crit, and somehow ended up getting recruited for a tricycle race. 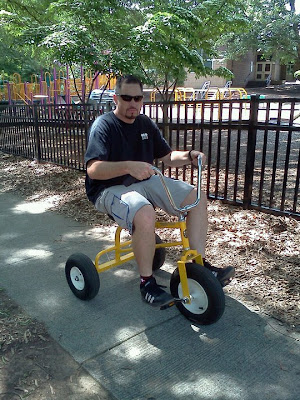 (This photo was from last year because I couldn’t find anyone that took photos of me this year.)


We had a four person team (including Little Miss Sunshine), and it was a relay. I raced the last leg, and we beat the other teams pretty handily. The grand prize was a 12 pack of Fat Tire, and our team enjoyed the shit out of it. I did see a few people taking photos of me carrying the prize, but I haven’t been able to locate them at the time of this posting.


I know, pics or it didn’t happen. I drank the beer, so I know it happened.


After one crit, we went to another. 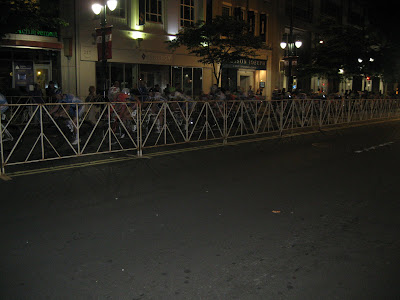 D-Wayne and his better half came down to join us, and we had a great time socializing and watching the pro races.


I think we actually did more socializing than race watching, but whatever.


It was nice to have a weekend full of relaxation, bike riding, and socializing. Maybe that’s what I’m supposed to be doing.


Well, there was one more day left in the weekend, so I’ll get into that tomorrow.
Posted by TheMutt at 8:10 AM

Email ThisBlogThis!Share to TwitterShare to FacebookShare to Pinterest
Labels: Criterium, Food, not racing