All Kinds Of Wheels 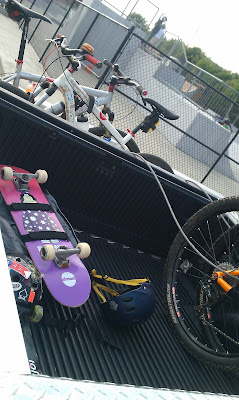 Sunday was a road trip (just like I told you on Friday.) After sleeping in a little bit because we stayed up too late watching roadie action, we headed down to Croft State Park in Spartanburg, SC to pre ride the course for Stump Jump (held this coming weekend.) I told you that I’ve been there before, but that still didn’t keep me from getting us lost. We tried to start the ride from the actual race start, but that area did not allow visitors. Instead, we somehow ended up at the place where all the horse people congregate. 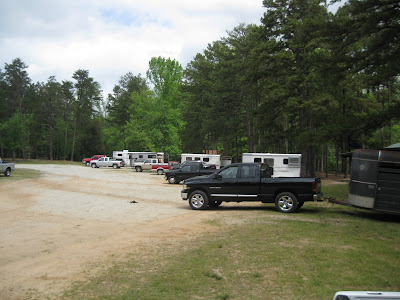 No worries though, because I had a map that showed us exactly how to get to the mountain biking trails, and the route didn’t have us crossing paths with the horses. We set out on a nice ride, and I did my best to explain the race course as we went along. The first word that came to mind was…flat. 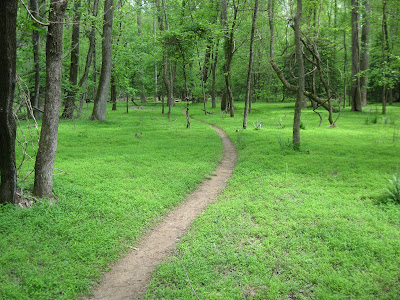 Yeah, that flat. Not quite Florida flat, although it felt like I was back in the Sunshine State again. I’m not even sure why we stopped, but we did every once in a while. I think it was so I could explain that there were a few climbs, but not to expect anything huge. Little Miss Sunshine and Lunchbox thought I was silly for stopping I guess, and probably didn’t believe me when I told them it would get a little “hilly.” 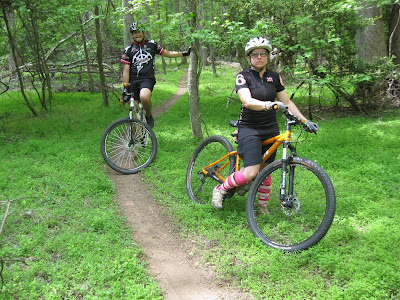 Eventually, there was some elevation change and a few climbs. Lunchbox grabbed the camera and captured me “in action.” 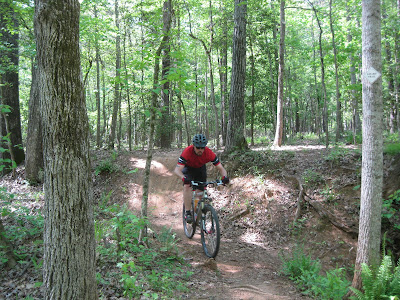 There was one climb that had a few rocks on it, but as long as you picked the right line it was like they weren’t even there. Lunchbox flew up the hill so fast that I couldn’t even get the camera to focus. 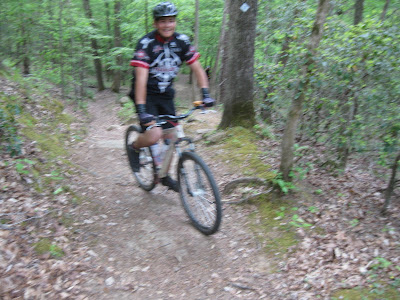 The little lady took it slow and steady, but she still cruised right up the hill. 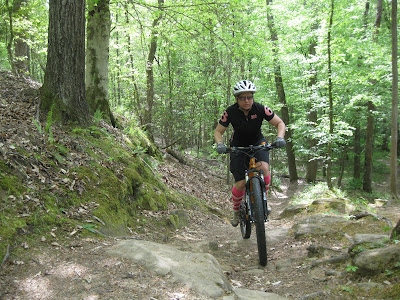 The sign for that section of trail said “Lizard”, so that made me think of a company near and dear to me, Lizard Skins. 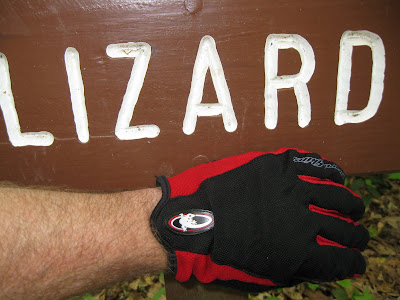 We rode the whole race course (plus a little extra), and no one was really tired. My course is a bit longer that the one the Mrs. will do, but she did get a good idea of how the trails are out there. I rode my single speed, and felt like I hardly did any work at all. I’m not riding that bike in the race this Sunday, but at least I should be able to go pretty fast with some extra gears. I’m not saying it’s gonna be easy, but at least it won’t be a sufferfest.


The trail we rode to get to the actual trail had a nice little stream running through it, so we took the time to enjoy a little nature. 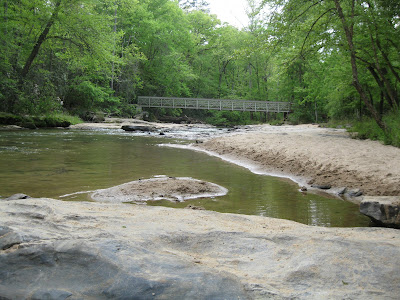 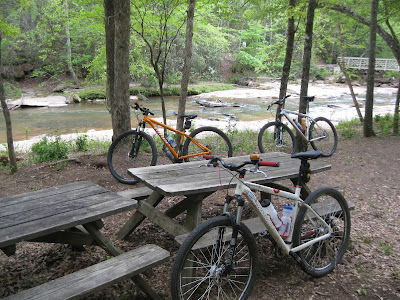 Some of us got right in there to enjoy it… 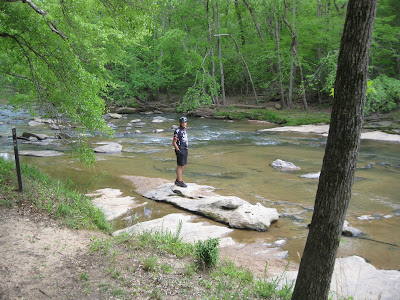 and some just took it easy after the ride. 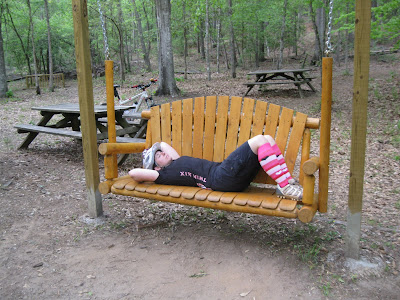 Afterwards, we went over to the local skatepark, Hot Spot, to roll on some little wheels. 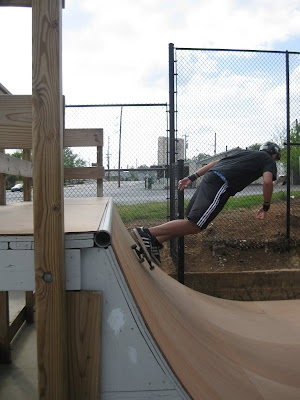 My knee was sore from riding, but we still had a good time. Since Little Miss Sunshine is the only family member that doesn’t ride a skateboard, she took off on another bike ride. 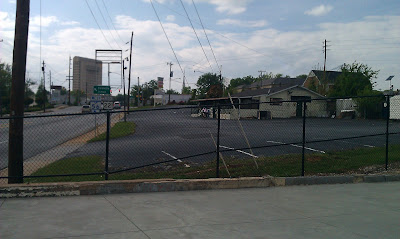 She’s way back there behind the fence. There was a greenway nearby, so she took off on her own adventure.


It was a long day, but a fun one. We seem to always cram a week’s worth of shit into each weekend.


No wonder why I’m always tired.
Posted by TheMutt at 8:26 AM

Good post Chris. I always enjoy reading about your adventures!