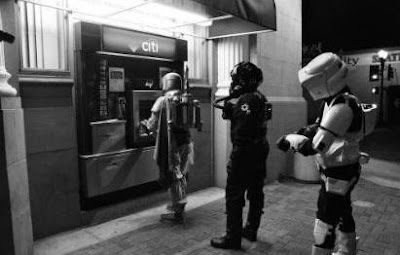 There will plenty of bike riding this weekend, no doubt. However, I’m thinking about doing something pretty dumb. Since I don’t have a mountain bike race for another week or so, I started thinking that I might need a little something to ramp up my training.

The only thing I could think of was this:


I rode the course last night and it doesn’t seem too bad, and I just might do okay. Well, I would do okay if there wasn’t a swarm of other roadies crowding around me. That’s the part that scares the shit outta me. I can handle crashing in the woods on my mountain bike, but I don’t think I would find it too pleasant falling off my road bike. I’ve never once fallen down on the road, and I’d like to keep it that way.


That’s the only reason I’m leaning against it. It would be fun to show up at the start line with my hairy mountain biker legs and my non-serious attitude, and I really don’t give a shit if I get dropped off the back of the group. It would be a good workout, for sure. I need to get in a ride for the whole 30 Days of Biking thing anyway, so why the hell not.


Oh yeah, this video from last year is why not:


Maybe I’ll just ride my bike there from my house and spectate.


In other roadie news, there is yet another criterium on Saturday evening. The Presbyterian Hospital Invitational Criterium is back in town this year. No, I’m not even considering racing that one (it’s a pro event anyway), but it’s pretty fun to watch. Word around the campfire is that D-Wayne will be coming down to Charlotte to watch, and we’ll probably drink a lot of beer and heckle the roadies. It’s always a good time, and there is a good chance for carnage.


At least it won’t be my ass falling on the road.


Sunday, it’s back to the mountain bike. The family and I are heading down to Spartanburg, SC to ride the course for the Stump Jump race being held next weekend. I raced it last year, but Little Miss Sunshine wanted to see what the course was like. She wants to make her debut in the Southern Classic Series, so I told her that would be a good one.


The plan is to have a nice, fun ride, and keep the pace slow and enjoyable. I’m bringing my single speed for extra torture though. We may even do a little skateboarding afterwards like I did after the race last year.


It will be a fun-filled weekend…if I survive it.
Posted by TheMutt at 8:30 AM

Durn right, we're gonna go all NASCAR on those roadies....slingin' chicken bones and beer cans at those guys with the shaved legs!!