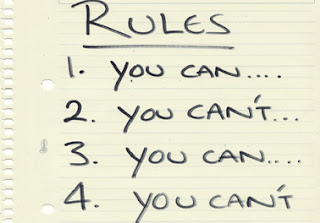 Even though USA Cycling sent out a “clarification” regarding UCI rule 1.2.019, there still seems to be a lot of confusion.  Some say it only affects pros, others say it affects every single license holder.

Here is the “rule” in question:

Notice I underlined “license holder.”  To me (and plenty of other folks all across the Internets) it means that since we hold licenses from USA Cycling (which is affiliated with the UCI) we all fall under this rule enforcement.  Even little piss ant Cat 2 licensed racers like myself.  Other folks say it only applies to pros (which is still bullshit), but that’s not the problem here.

USA Cycling doesn’t seem to give a shit about mountain biking.  I’ve known this for a while, and yet I still continue to renew my license every year.  I do this because I enter enough events that require a license so it saves me the five bucks I would have to pay for a one day license.  However, since I’ve becomed burned out on typical cross country racing I find myself entering more and more events that are unsanctioned by USA Cycling (thus negating my need for a license.)  If I am interpreting the rule correctly, I am in violation of this rule.

So, who gives a shit.  These so called unsanctioned races are way more fun than your typical “Way Too Many Fucking Rules” cross country races, and this is why I do them.  Until now, it had nothing to do with UCI Rule 1.2.019.  I just want to ride my bike, “compete”, and have a shitload of fun doing it.  Most of the “official” races I’ve done over the last few years have done their best to take the fun out of racing.

At one race last year, I was warming up to get ready for the start and I was listening to my Ipod (with only one earbud of course.)  The “race official” told me that I couldn’t wear it when I raced.  When I questioned him, he said that “USAC prohibits headphones.”  Now, it may seem silly, but dammit I like to listen to music when I’m suffering in the woods on a cross country course.  In fact, I’d done it at every single race (at which this official was present) up to that point.  This isn’t road racing, but damn if they aren’t trying to make it that way.

I know, shut the hell up and quit whining about your music.  There are many other rules though, most of which haven’t been enforced yet.  Go to a road event and you’ll see.  Eventually, mountain bike racing (sanctioned by USA Cycling anyway) will be just as bland as roadie shit.  Well, that is if we continue to put up with it.

At least “some people are standing up to fight for what they think is right.

As for me, I’m gonna keep looking for “rogue” events (like “ the one that only cost me fifteen bucks a few weeks ago .)  You know, the ones that are actually fun.  Not really because of this “clarification”, but more for my own sanity.  Hopefully that will be the trend from now on too.  Instead of events sanctioned by the overlords of USA Cycling, maybe mountain bike races will turn into something like illegal Fast and Furious street racing.

Except that we won’t be driving those little cars that sound like pissed off bumblebees.

But, what the hell do I know?  Yeah you’re right, I don’t know shit.

I’ll be waiting here for my suspension, even though this doesn’t even apply to me.

It's a shame that this is having to get so heated. USAC needs to do their job of representing us as our national federation and get other federations like the British cycling to stand with them against the UCI.

Alone, without help from other national federations we as americans stand to lose all the progress we have made over the past decade if the UCI (a corrupt organization anyhow) bans US riders from international and olympic competition.

Hard line to toe, but we have to stand up.