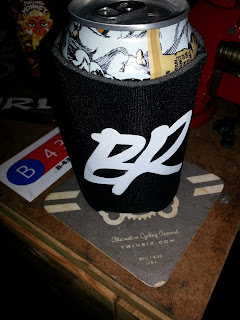 Well, maybe I am.  However, I’ve been riding quite a bit too.  I’m in the middle of the whole 30 Days of Biking thing, which means I’ve been riding my bike in some form or fashion everyday during this month.  Some of it has been social rides, one ride was the 6 Hours of Warrior Creek or course, and a lot of rides have been up to the store to get more beer.

Yes, you knew I would get back on that subject. 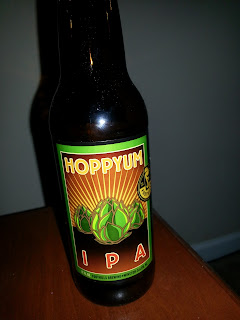 And I”ve had some shitty beers, like this discounted new offering… 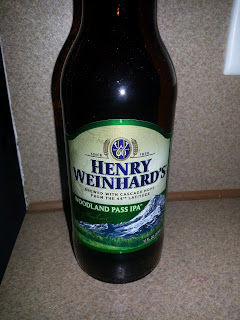 Yuck.  Well, yuck for me anyway.  As a seasoned beer snob, this “IPA” is anything but.  One of my beer industry insider friends told me that it’s kinda like an entry-level IPA, made for those folks that drink shitty “popular” beers just to get them into the whole craft beer scene.  I didn’t need such a push, but I bought it anyway, before I had this information.

At only $6.99 and with a twist off cap, I should’ve known that I wouldn’t be impressed.  I drank the whole six pack, because even shitty beer shouldn’t go to waste.  I must admit that I had a little help though. 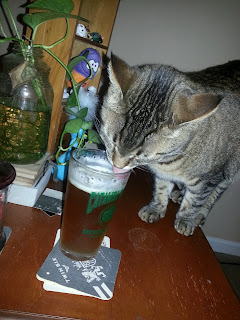 He hasn’t really developed a good taste for beer yet, but when he does he’ll stay away from shitty beer too.

Since I mentioned 30 Days of Biking, I guess I’ll also mention my ride plans for tonight.  I don’t have a lot of time to ride because I’m picking up a part for The Falcon after work tonight (more on that later), so the plan is to ride out of the house and hit a “local” trail.

Or “The Trail” to be specific.  I haven’t been out there to work much lately, but the rest of the crew has.  I rode there last week, and I can’t wait to get back out there for some fun.  Think of it as some quality alone time. 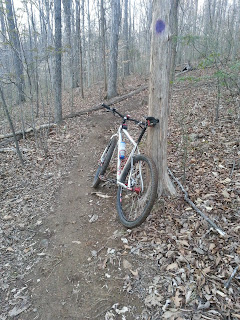 I gotta make sure to hit the new jump out there, now that a landing spot has been cleared and the trail is cut all the way down the hill now. 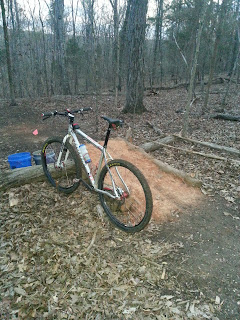 Jumpin’ Joe built that, and there are a few more planned.

It’s like my motto or something.  You know, besides “Who gives a shit.”

Email ThisBlogThis!Share to TwitterShare to FacebookShare to Pinterest
Labels: 30 Days of Biking, beer, The Trail