All In For Success 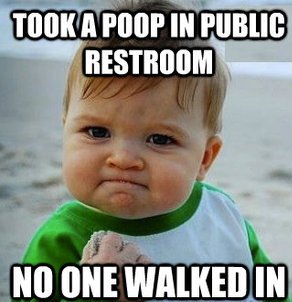 Racing down in a little while back taught me something about myself:  If I work really hard I can actually do pretty well in a race.  Sure, I’m not one to “train”, preferring instead to drink tons of beer (before, during, and after races) and bitch about people with poor skills or superior fitness.  That shit wasn’t getting me anywhere so I’ve decided to hire a trainer.

Yeah, I know, it’s what all the cool kids are doing.  I don’t really care though.  I need to get stronger, faster, and build up my endurance so I can be a little more competitive.  I can’t fight it anymore, because it is my destiny.  I’m not giving up the single speed, so I found someone that will bring my fitness level up to where it needs to be, allow me to drink beer, and also understands that I may be the last hope for single speeders everywhere.

One day while I was lying in the snow, half dead and waiting for Han Solo to stuff me into a giant smelly Tauntaun, the Ghost of Obi Wan came to me and said, “You will go to the Dagobah System.  There you will learn from Dicky, the Jedi Master that instructed me.” 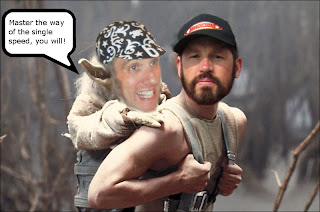 Hey, being trained by a tiny creature worked for Luke Skywalker, so the shit should work for me.

May The Force be with you and all that.