Help Me Make A Choice

You read this shit every day.  I know you do.  I has stats that tells me so.  Most people that follow blogs are lazy (myself included), and they just read, look at pictures, and move on.  Once in a while I get comments (here and on the Facebooks), but most people don’t take the time to say anything.  Hopefully that will change today.

Back when I replaced my frame, I mentioned that I didn’t want to run my rigid fork because the color (white) would look stupid (fashion, never function.)  The plan was to paint it black to match the new frame, but now I’m having second thoughts.  Actually, I’ve completely changed my mind.

Now here’s where I need your help.  I have two choices.  First, I could go with the steel fork: 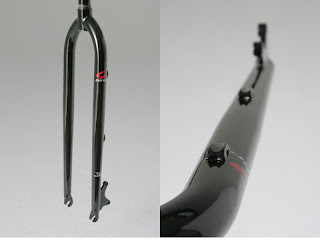 The other choice (or course) is the crabon: 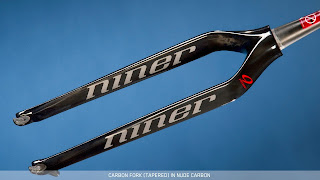 I know, there is a big price difference in the two.  The steel is $179 and the crabon is $429.  Let’s just throw that out right now and pretend that the cost doesn’t matter.  I’m not taking that into consideration at all.  I have a reason, but you don’t get to hear that right now.  Also, I know there is a big difference in the weight (1100 grams for the steel and 565 grams for the crabon.)

That’s over a pound of savings, but I don't think I should really care about that.  I’m about 230 pounds, so I’m not really sure if I should give two shits about a measly pound on my bike.  If I did give two shits, they would more than likely weigh more than a pound.  That's a much cheaper way to save weight.

So, I ask, which one should I choose?  Oh, and why should I?

Should I base my decision soley on weight?

Price? (I told you not to worry about the cost.)

Sex appeal?
I’ve narrowed it down to these two forks, and I’m ready to get one as soon as possible (so I’ll have it ready for Single Speed USA in less than a month.)  I'm only asking about these two Niner forks, and that means I don't need you to complicate things further by recommending some other shitty shit.

So yeah, tell me what you think.  I may even buy you a beer or something.  Unless you're not local, in which case I might just send you something.  Remember those two shits I mentioned before?  Um, yeah.

Help me Obi Wan, you’re my only hope. 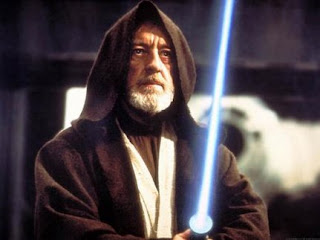 Hope all is well my friend!

I'll collect my beer at next tuesday's ride - Advocat

steel, I just want you to suffer more

steel is forgiving so there is inherent damping that makes the ride less harsh. some say it makes the fjork track poorly but a good steel fjork you wont notice.

In this case, steel is not real. Carbon for the win.

You already know what I think. And as "they" say: two is better than one. So, I guess I'll forgo the beer? Please and thank you.

Wait a second, "they" are stupid. Beer me.

Carbon all the way. Not even close between them in terms of ride quality. That Niner carbon fork is totally "flicakable", while a steel fork feels clunky and slulggish.