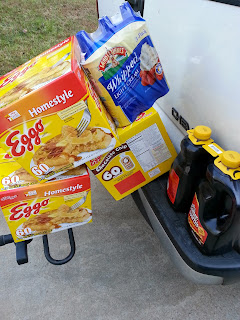 And we made sure there would be plenty for the Backyard Experience yesterday. 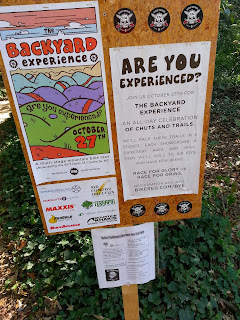 TomTom and I spent the better part of Saturday night cooking waffles for the race, and when it was all said and done we ended up with 180 of them.  With a gallon of syrup and three cans of whipped cream, we rolled up to BikeSource here in to check in.

As usual Lunchbox was there, and he was getting into the spirit even though it was really early in the morning. 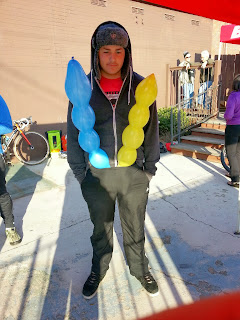 We met up with the rest of our crew, including the ever-growing Southern Drunk Cyclist posse. 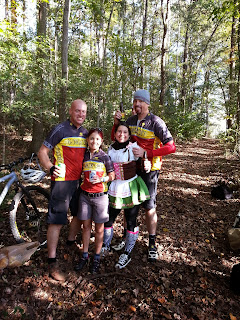 We were ready to show these folks how to party while they raced.  We setup our waffle handup spot and waited for the first wave to come by.  First things first though, I had to crack open a beer.  It was not quite 10:00 in the morning, but who gives a shit.  I couldn’t find a bottle opener anywhere, so I had to borrow Eastwood’s crotch to get my beer open. 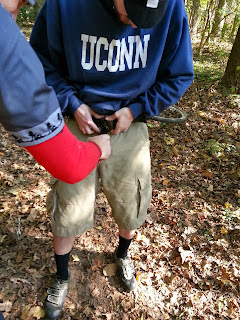 Don’t judge me.  It was worth to enjoy a beer so early in the morning.

Due to a snafu with the first stage, we missed most of the racers.  They made a wrong turn in the beginning, completely passing us by.  We moved onto the next stage, and got right to it, getting pretty aggressive with the waffle tossing cine we had a surplus.  We were pretty mobile, thanks in part to my kid towing the trailer around full of waffles. 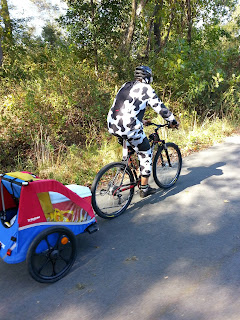 He didn’t just haul our shit around though.  He was actively “feeding” the racers. 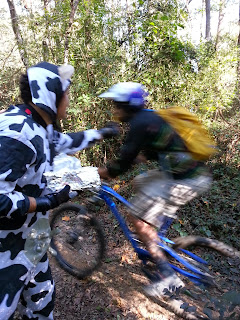 It was kinda funny.  Some people out there were just having fun, some had never ridden our trails, and others were a little more on the serious side.  The more serious ones got an extra helping of breakfast, and even though some were a little annoyed we’d like to think they eventually came around.  Shit got worse though, when we decided to camp out on the “jump line.”  It’s a fast downhill with you guessed it, jumps. 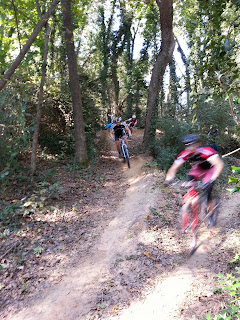 Taking a waffle full of whipped cream to the face at high speeds while trying to navigate some jumpy terrain might have been dangerous, but it was fun for us.  Some people took it a little better than others. 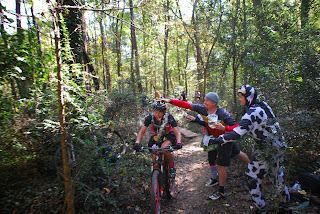 I don’t know if it was the dangerous terrain or the waffles, but after each stage the crowd got a little bit thinner.  Those that stayed in the race knew what they were in for, and they were prepared.  Knowing that they had to ride by us to start the next stage, they kept an eye on us. 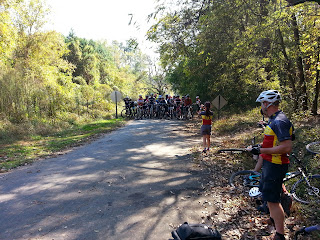 And we kept an eye on Dicky’s beer. 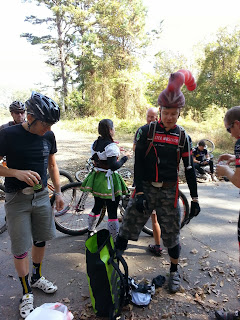 We completely missed that stage because we didn’t see where they went, so we just sat around drinking whiskey until they returned. 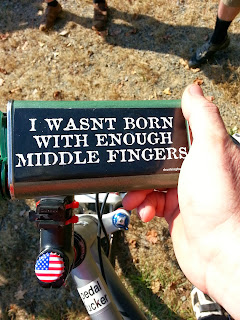 Eventually they did, and it was like a big, happy family reunion. 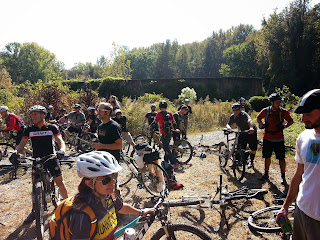 We rode over to the start of the final stage, and the crowd was really down from the big group they had at the start. 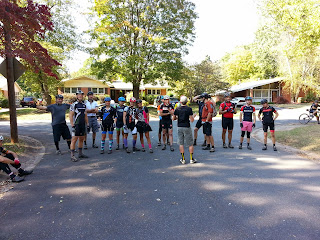 Did I mention that our support crew was getting all Enduro™? 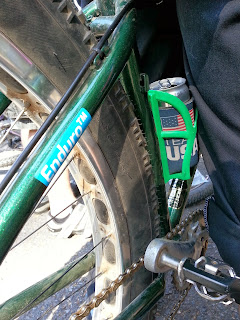 When it was all said and done, we turned what could have been a serious race into a seriously good time.  Our crew kept it interesting all day, and I was a little sad to see it end.  When the group rolled back to the afterparty, we packed up our shit and met them over there for the podium presentations.  Just when I thought the waffle slinging was over, the Gentle Ginger asked me if I had anymore waffles.

While the victorious racers basked in their glory, we pelted them with even more breakfast treats. 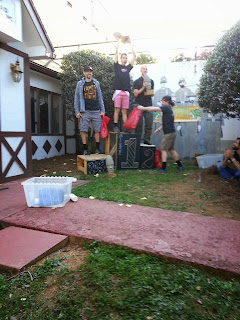 Holy shit that was fun.  We’ll have to do that again soon.

damn that looked fun. all i had that morning was cereal