That’s pretty much how I feel today.  Even though my real job isn’t so bad (most of the time), I still don’t want to be here.  I’d much rather have nothing but weekends so I can go out and play.  I tend to cram so much shit into my two days off that I absolutely dread coming into work on Mondays.  I know most people do, but trust me, it’s worse for me.

So, you probably showed up here today for a “race” report from the Brunswick Brawl, right?  Well, I don’t really feel like recapping everything right now.  I’ll do that tomorrow.  But, I’ll answer the burning question, “Did you beat Eastwood?”

Yep, but it wasn’t really a big deal.

He did great out there for his first-ever six hour race, and I’m sure he’ll tell you all about it.  He still owes me beer, because after the race we all went to Hooters and they have shitty beer.  We did however, have something called a “Strip Cheese.” 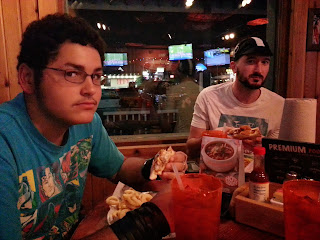 It was actually pretty good, even though they look less than thrilled.

Before I get into the rest of the weekend, I’d like to tell you about the trails down there at the .  They were FUN.  Even though it’s pretty flat down there, the trails were fast, twisty, flowy, and very well-built.  There were several man-made features, only a few of which we actually rode during the race.  I’ll probably go back down there again to ride, but just not for six hours.  Growing up in , it reminded me so much of home.  I’m sure that had a lot to do with why I enjoyed it so much.  Cape Fear SORBA did a great job building trail down there in the middle of the swamp.  If you ever find yourself down that way, make some time to ride there.

The next morning after the race, Lunchbox and I realized that since we were “in the swamp”, we should probably try to get out to see some swamp critters.  Since the alligator population in the wild isn’t very large in , we went to a (sorta) local tourist attraction to see some in captivity.  Along the way though, we stopped by the beach since we were so close. 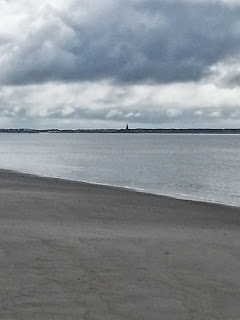 That’s in the background.

Behind us was the Oak Island Lighthouse. 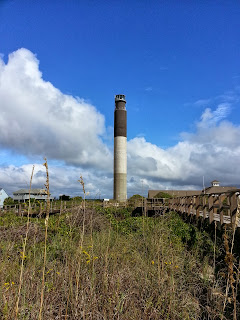 We stayed only a short while, because the swamp critters were waiting. 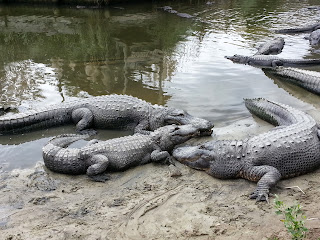 Yeah, I grew up around alligators, but for some reason I’m still fascinated by them.  Maybe it’s because they’ve outlasted dinosaurs, or most likely it’s because I live so far away from their natural habitat now that I just miss seeing them everywhere (including on the trails I rode.)  The place was a little tourist-y, but it was still pretty fun. 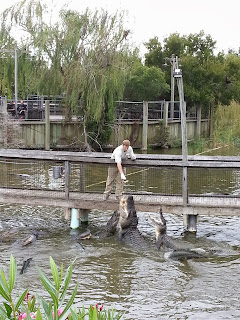 We just sat there watching them for the most part (since they wouldn't let us in there to play), but we quickly found a few favorites.  This little fella just sat on his log all day thinking little gator thoughts. 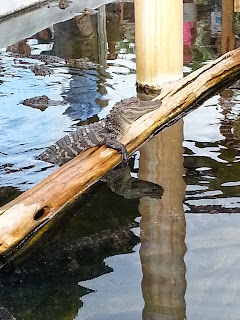 Lunchbox even tried to steal one to bring back here to because he missed them so much. 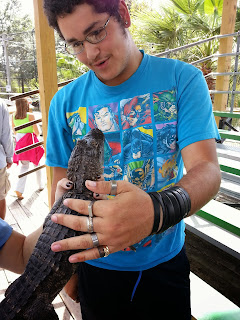 The critters really dug us too. 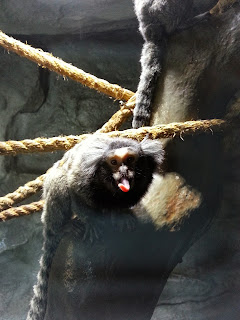 We had a good time after the race, and that was the plan all along.  If you look over there to the right, you’ll see that I don’t have a hotel sponsor.  I don’t see the point of driving down the night before a far away race, spending the night, getting up the next day to race, and driving home afterwards.  We left early the morning of the race, I spent six hours riding my bike, and then we spent the rest of the time having a mini vacation.

Bike riding is supposed to be fun, and making a weekend out of a race keeps it that way.