On The Road (Again)

After more shitty weather, the sun came out and it got a little nice around here.  Since all of our local trails were closed (and I couldn’t get out of town Saturday), I thought about doing a solo road ride.  I quickly decided against it when Little Miss Sunshine invited me on a local group ride.

Apparently this was a causal group of pseudo-roadies, which means that they aren’t super fast, but they are pretty serious about riding skinny tires.  I figured it would be a good workout, and I went into it with a good attitude.  The plan was to stay low key, keep pedaling, and try not to make fun of/piss off those serious types.  After all, I’d be out on a bike on a nice day.  There would be no reason to be a dick about it.

We took off, and I stayed somewhere in the middle of the pack.  I knew I was headed for the hills the next morning so I wanted to save my legs.  Besides, being a no drop ride meant that I wouldn’t have to stay up front.  I took that opportunity to laugh to myself every time they pointed out “road hazards.” 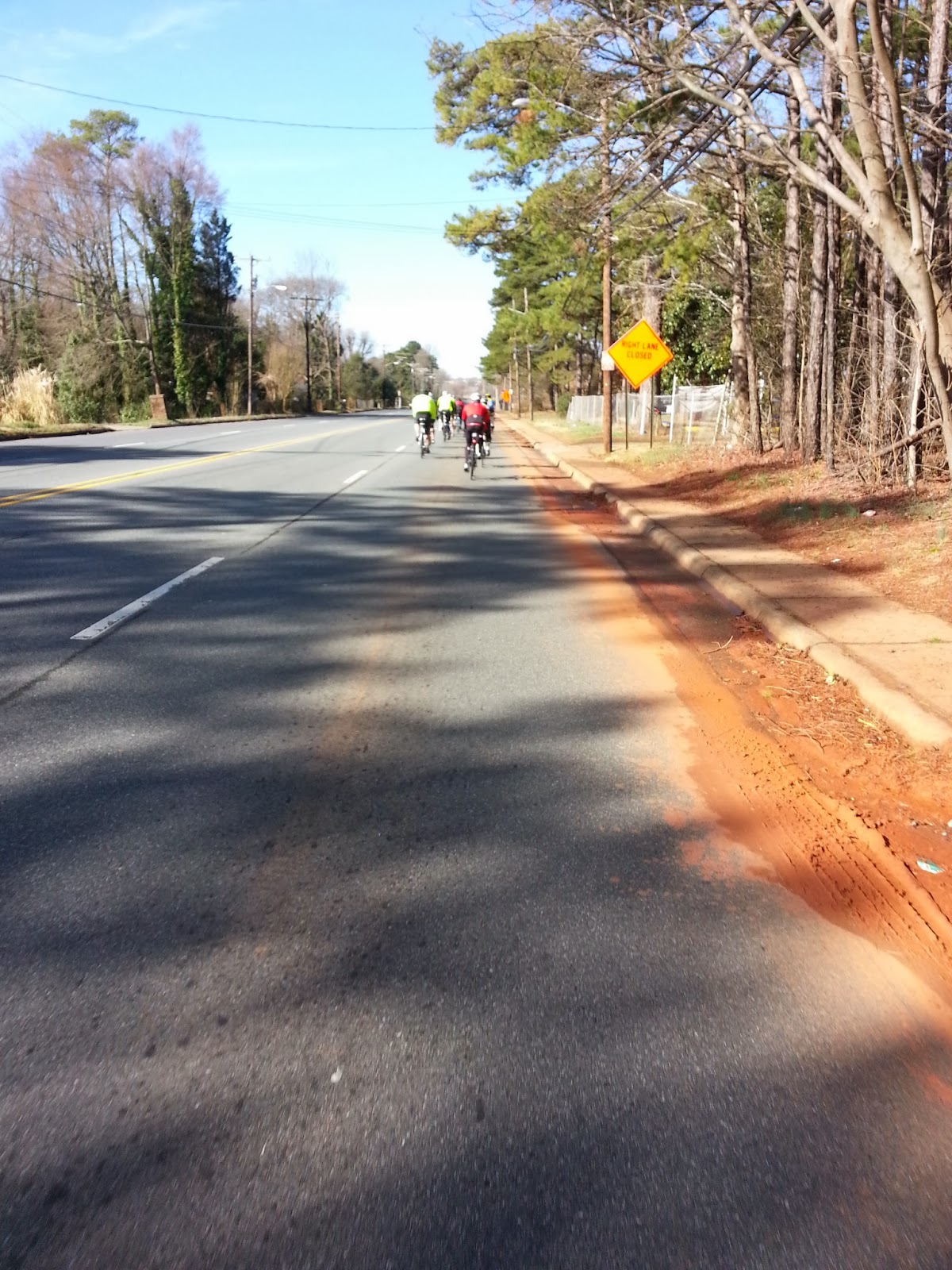 Yes, they pointed at the mud on the side of the road.  Why?  I dunno.  Maybe they didn’t want anyone getting their fancy crabon bikes dirty.

We rolled out of town at a good pace, and I was actually having fun.  Every once in a while I would ride in the lead pack, but they were all over the place and it scared me a little.  I’m no roadie myself, but I can at least stay in a straight line.  Finally I stopped trying to get in the pack, and sat back to enjoy a really nice day.

We rode out by the airport, which was hilly and really fun. 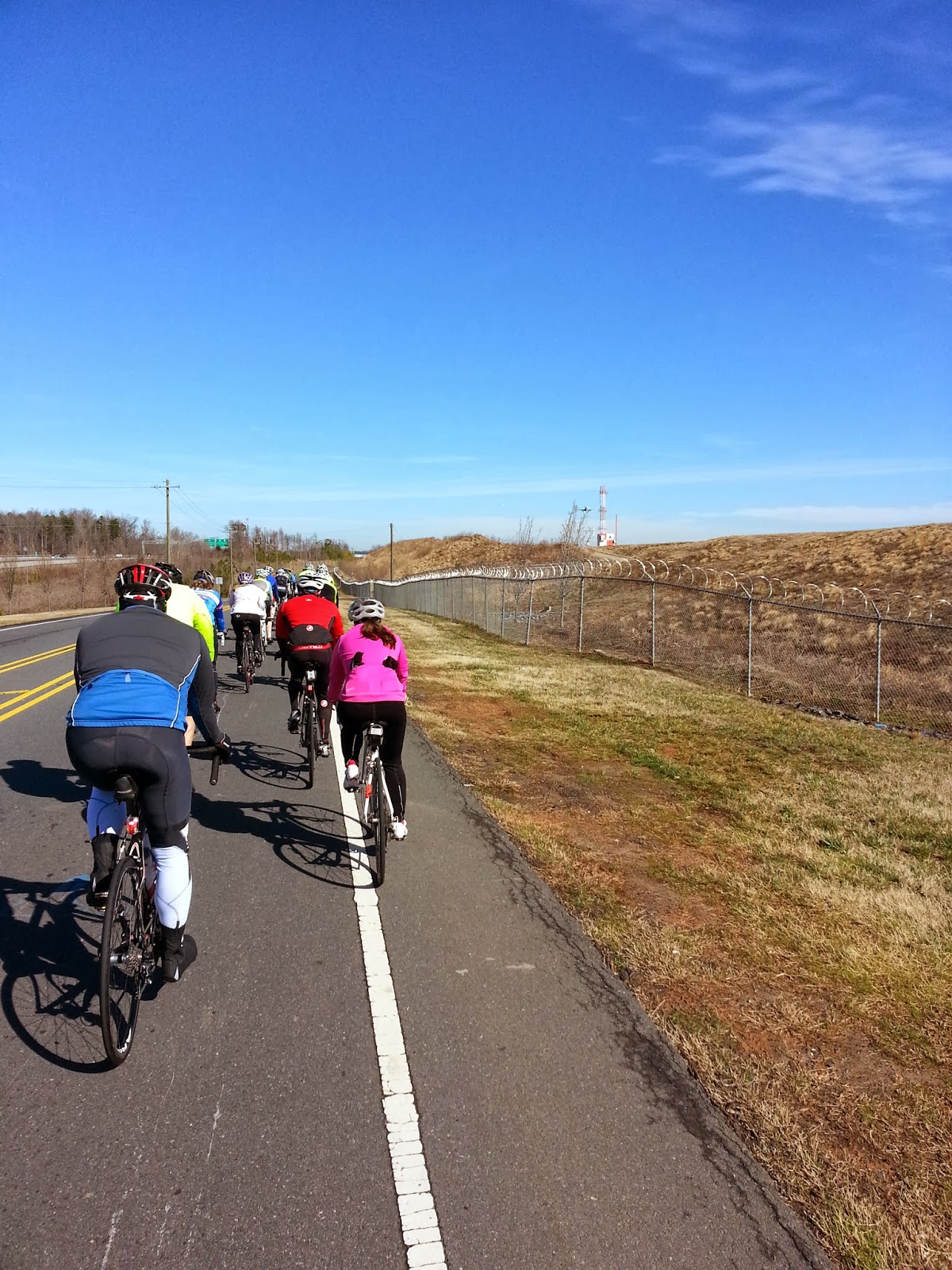 When we came out of the airport, I started to question the route.  We made a turn onto a really busy road.  Before I had a chance to say anything, my chain popped off.  I fished it back on there, and decided to stop for a minute to see if I could catch a plane flying by. 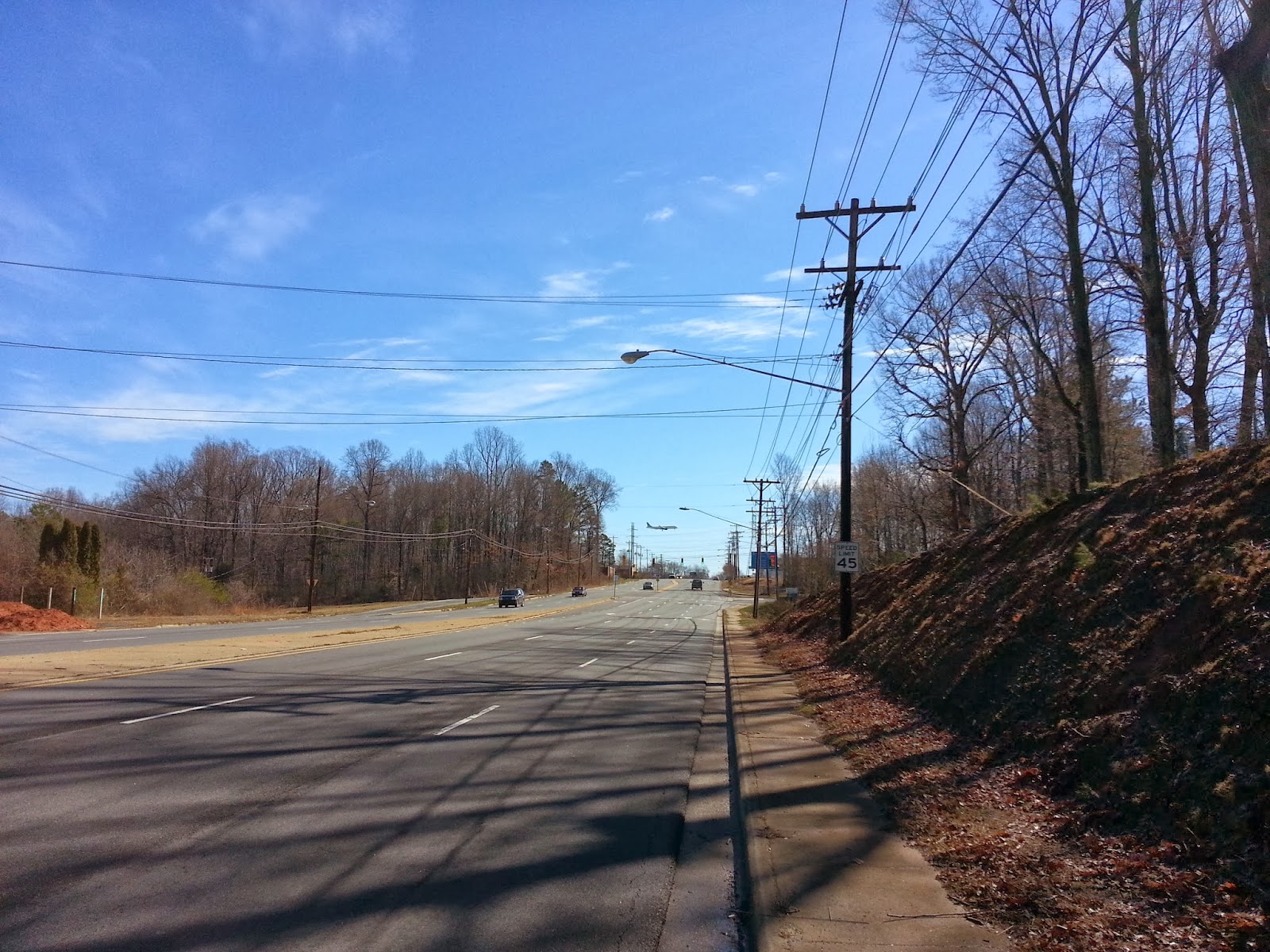 I was there way too long.  So long that someone from the group noticed that I was gone and came back to get me.  I was already riding at that point, and while I appreciated the fact that they didn’t want to drop me I was also (just a little) annoyed.  I was hoping to sprint like hell to catch back up to the group, but my plans were foiled.  Instead, we casually rolled back to the group (which was also casual), and gathered back together to make the last push back to where we started.

In all, it was fun.  I was really happy to be out on my bike (even if it was on the road), and those roadies were pretty cool.  Well, except for the fact that they aren’t as social as mountain bikers.  No one really talked to me during the ride, which was actually a blessing in disguise.  I like riding alone, but I get bored easily.  Being in a group helped beat the boredom and I have those folks to thank for it.  I’m pretty sure I’ll get out there again with them soon.

Just stepping back to take a look at how I ride has done wonders for me.  Usually I only break out the road bike twice a year, and I’ve hit that already.  In the long run it will help me when I get on the trail, and I’m not ashamed to admit it.  I’ll never be a roadie, but I’ll ride whatever bike I damn well please whenever the hell I want to.

I guess that’s what it’s all about.

Or not.  Maybe I’m not supposed to figure it out.  Maybe I should just ride everything and see what happens.  Who knows.  I just might start shaving my legs soon.

You know, so I can feel beautiful.
Posted by TheMutt at 7:44 AM