The “Other” Bike Show 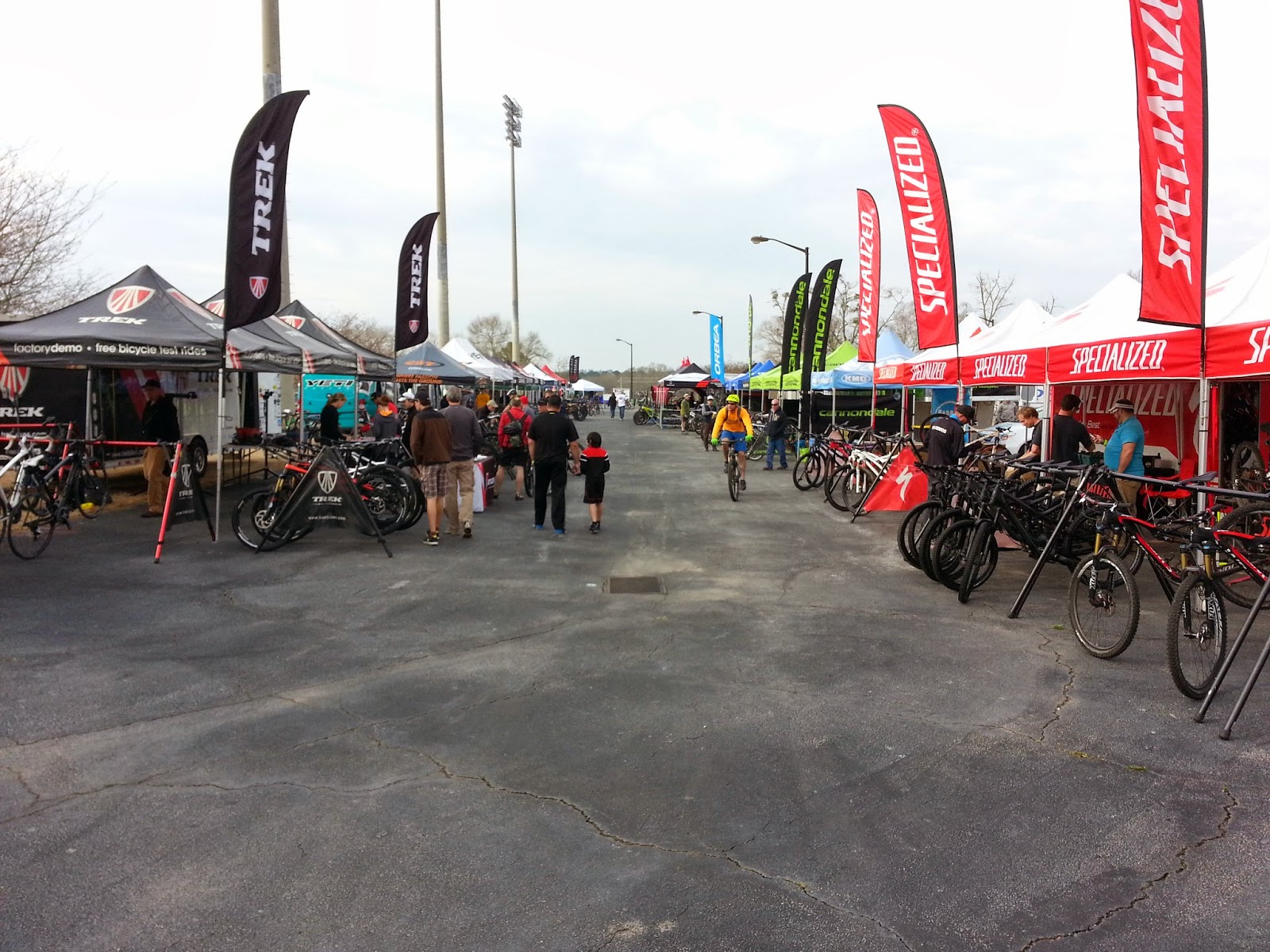 For the third year in a row, I headed down to Conyers, GA for the Southeast Bike Expo. After checking in, I headed over to the Niner tent. 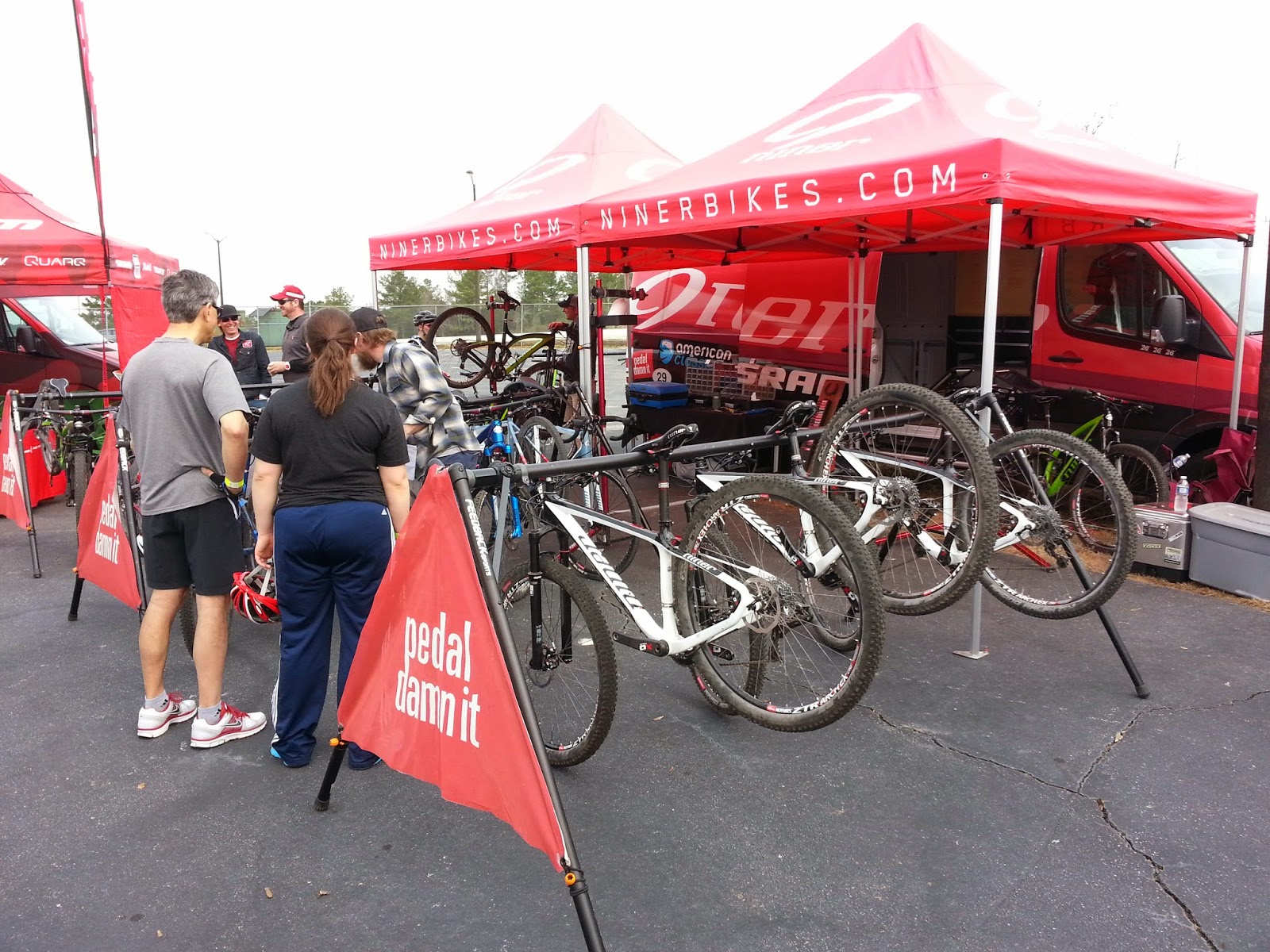 I announced my arrival, and got this response:


“I didn't think you'd come down here with that handmade show going on back in Charlotte”, said Niner Mike.


When the date was announced for this, I said I'd be there. After the handmade show decided on their dates I stuck to it (and eventually figured out how to cram in both on the same weekend.) This kind of event is more my speed anyway: socializing, riding, and sharing beverages with industry insiders. Since I got there right when they opened on Saturday, I decided to go for a walk around to check things out. When I heard a few people asking questions about the new ROS9, I asked Mike if he had any for people to ride.


I did, and he asked if I would leave it there so he at least had something to show to the general public. 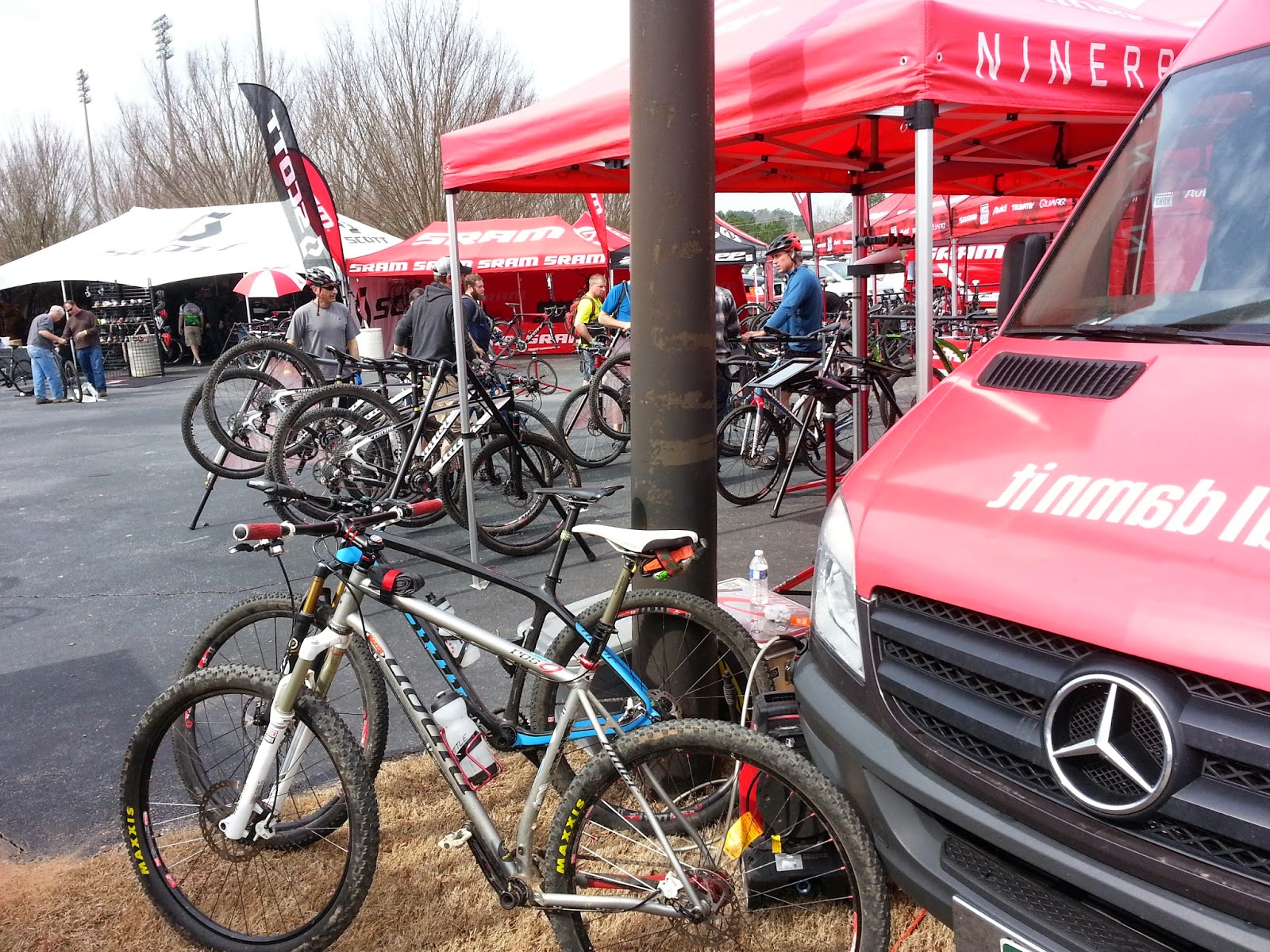 See, I give back sometimes too.


So I took off, wandering around to see what's new. I ended up talking to old friends, and even made a few new ones. The next stop was to introduce myself to the DeFeet rep. 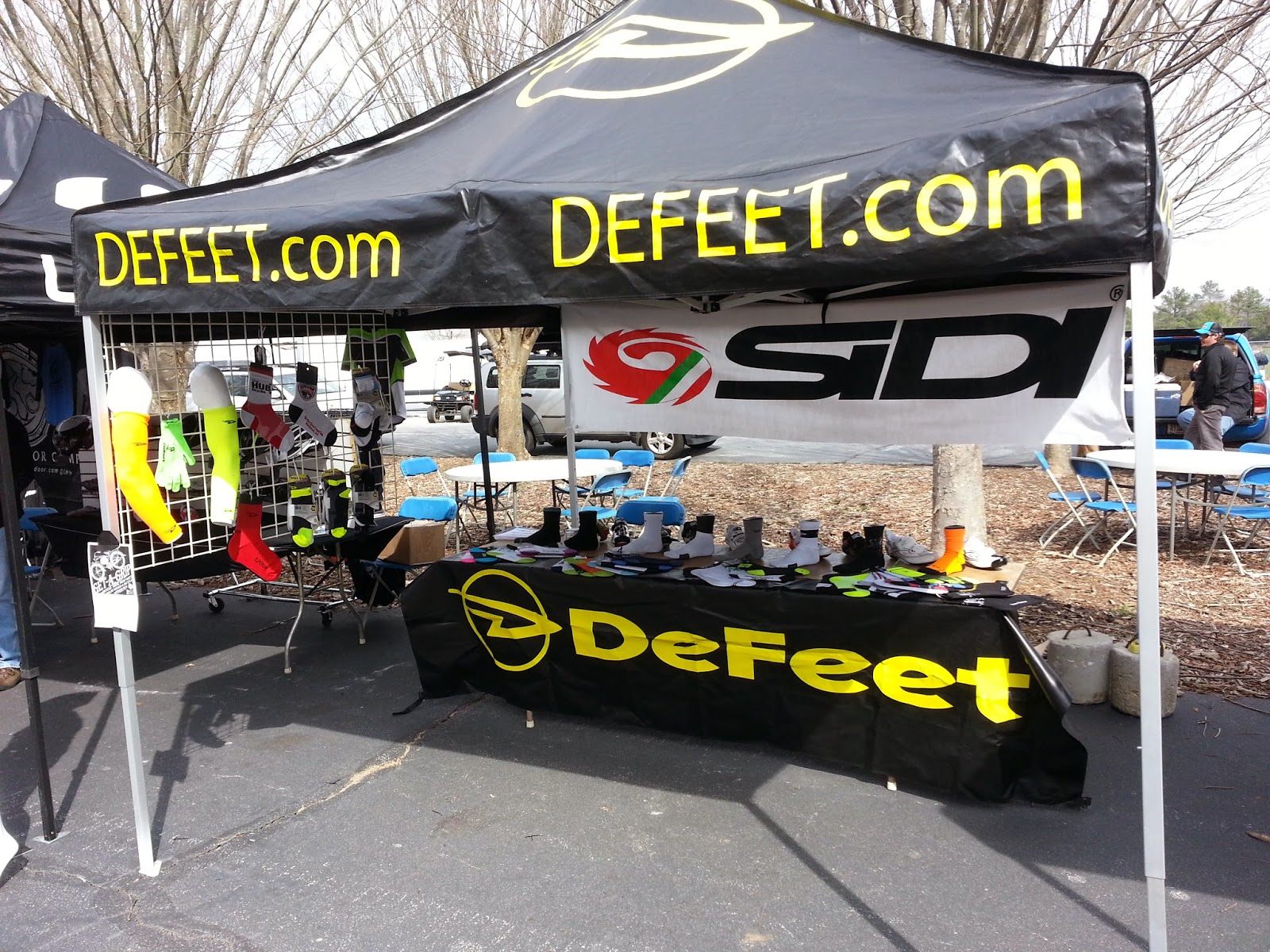 We chatted for a bit about the latest products, and after a little bit I went back to wandering around. That's when I ran into Bruce from ProGold. 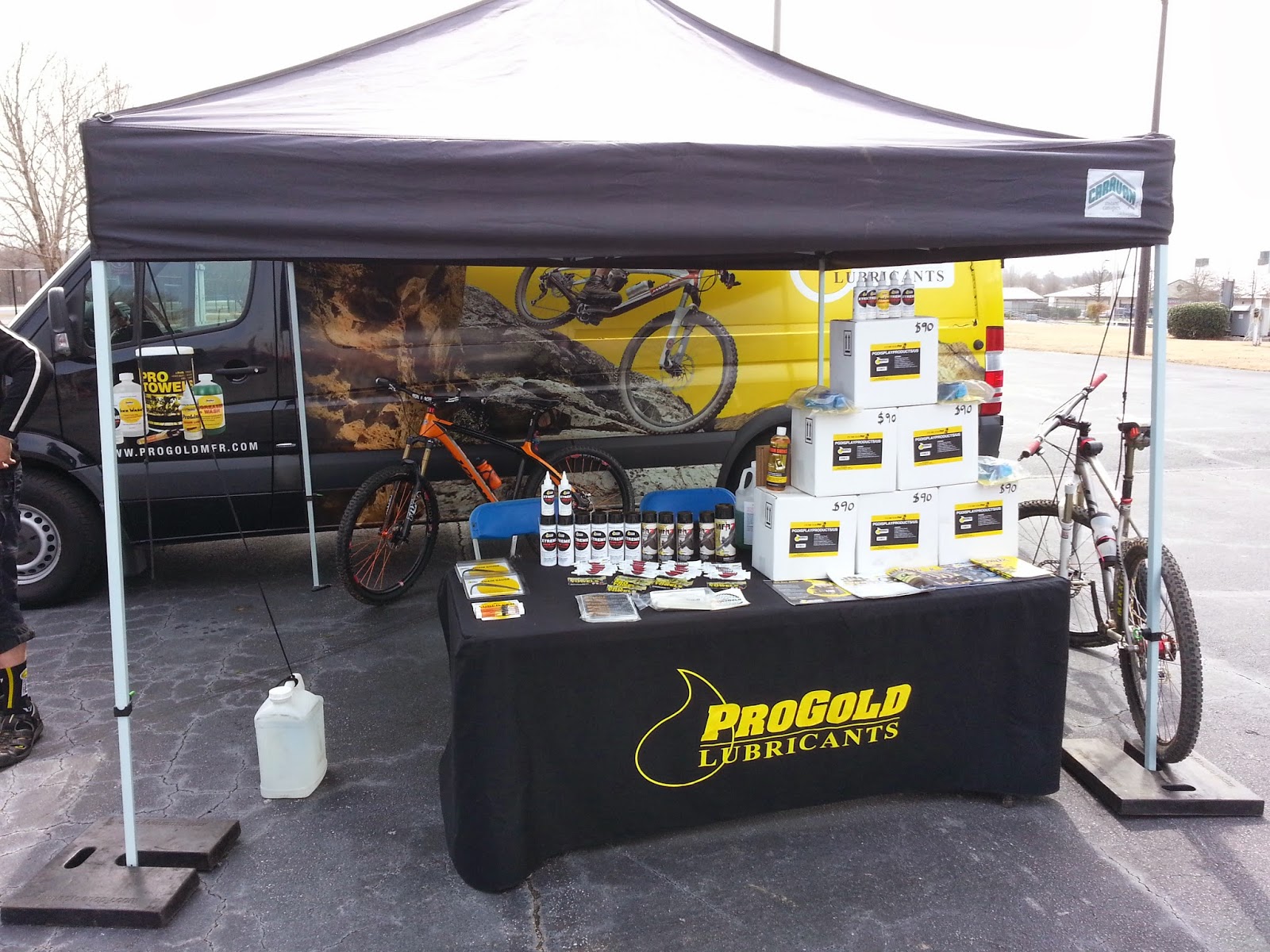 Then I hung out with the Industry Nine crew and chatted about all things Pisgah (and of course their wheel goodies.) 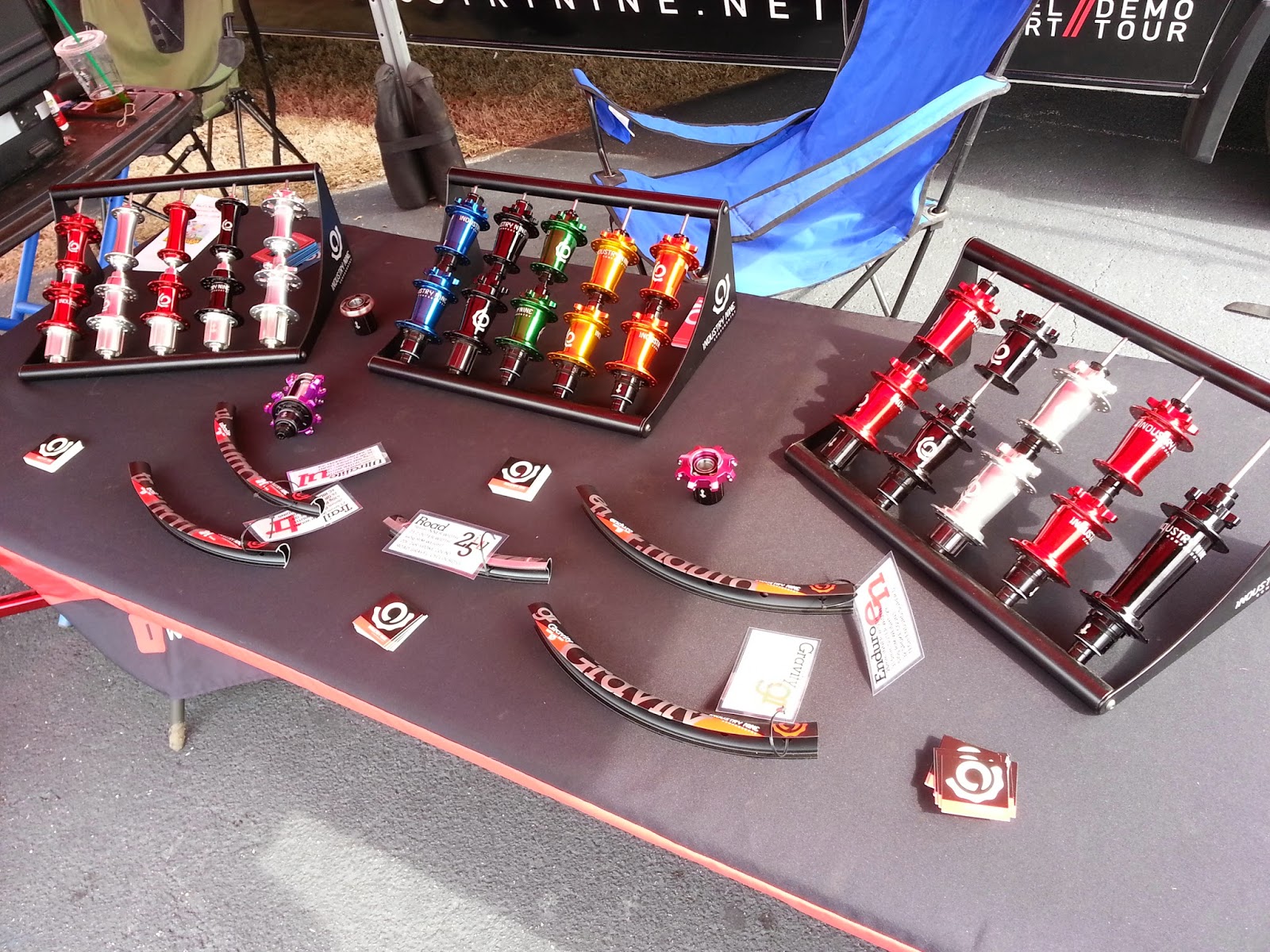 I spent more time talking to people this year than I did taking photos, and while the conversations were interesting, I'll keep them private for now so no one gets butt hurt.


Anyway, knowing I had to get back to Charlotte that evening, I decided that I should go for a ride. Not really needing a new bike (or not even being remotely interesting in trying one), I grabbed The Executor from the Niner Tent and took off on the trail. Riding on the course that was the site of the 1996 Olympic mountain bike race is always fun, and being on a familiar bike made it even more fun.


The most fun I had was in the very beginning, when there was a small crowd on the trail. 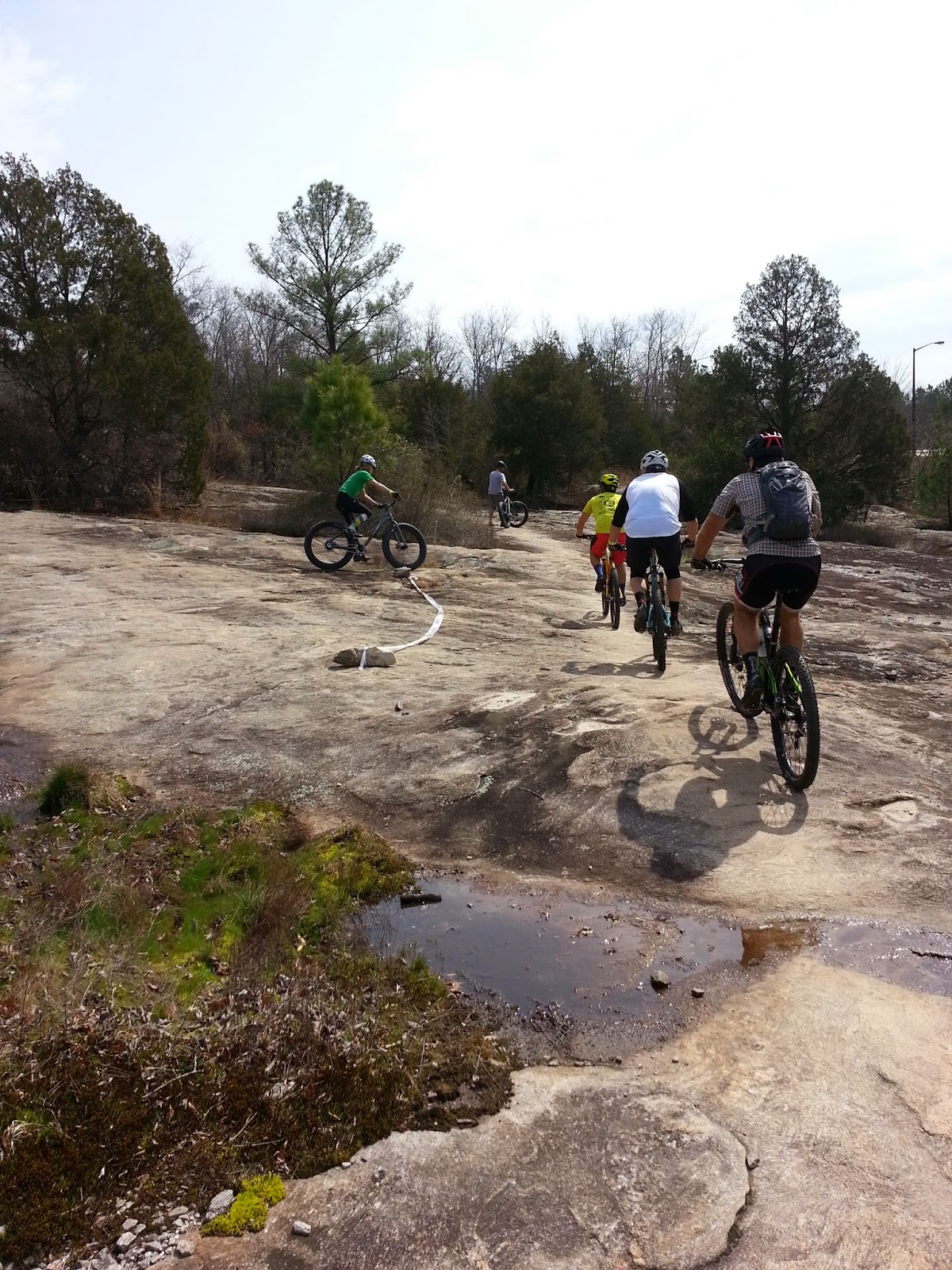 There was a couple (husband/wife), testing out the latest in fatbike technology that took off right before me. On the climb up, I managed to pass the dude and we exchanged pleasantries. His better half was up ahead, and she made a u-turn to go back to check on him. She said, “This is a fun bike!” and asked him how his was.


He was having a hard time, and she was schooling him on the climbs. I had a good laugh for a little bit and slowly pulled away. After that it was wide open. 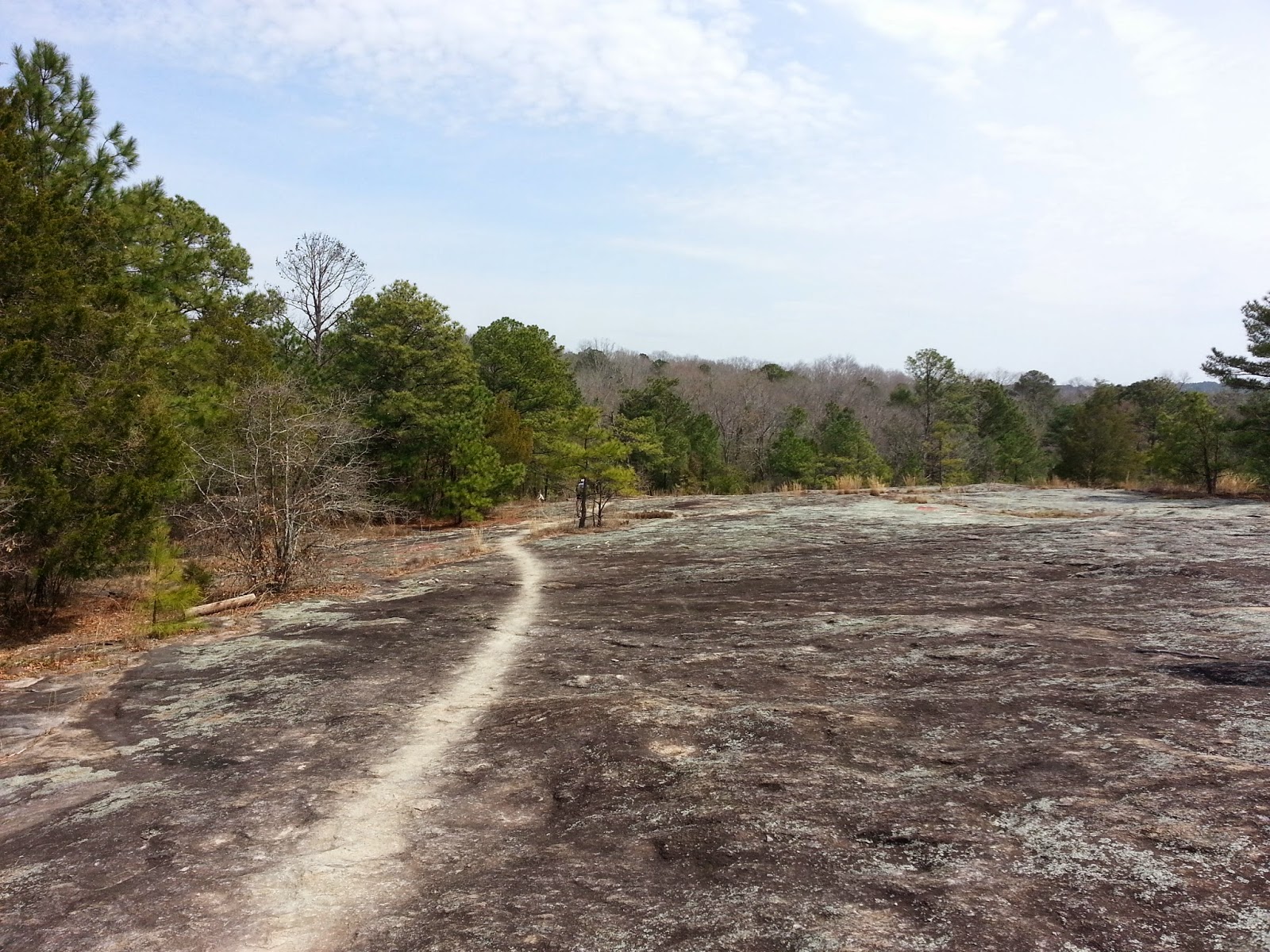 It was awesome, made more awesome by the fact that I brought along some refreshments. 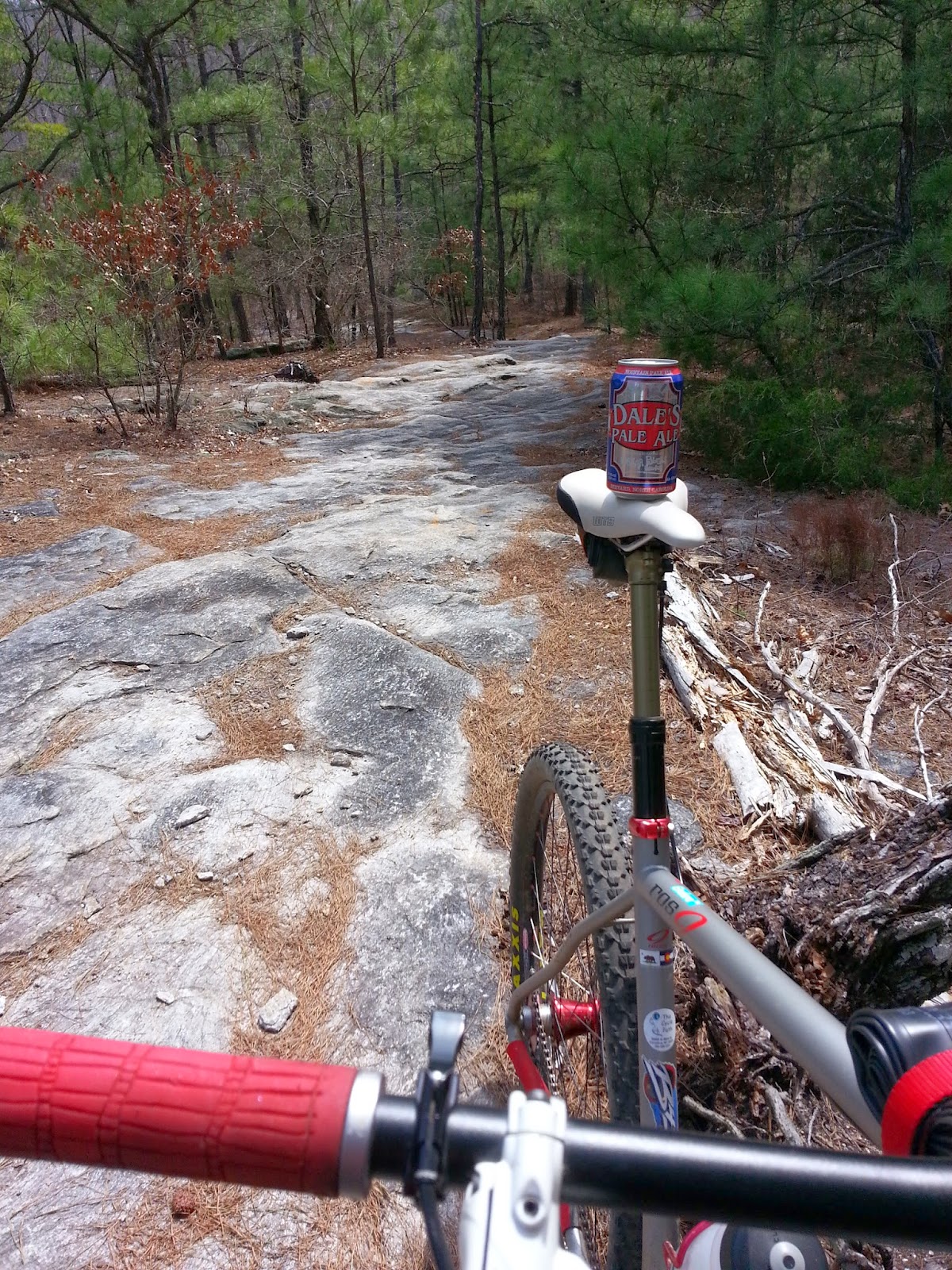 The rocky section was fun, but the fast(and dry unlike last year) singletrack was even moar fun. 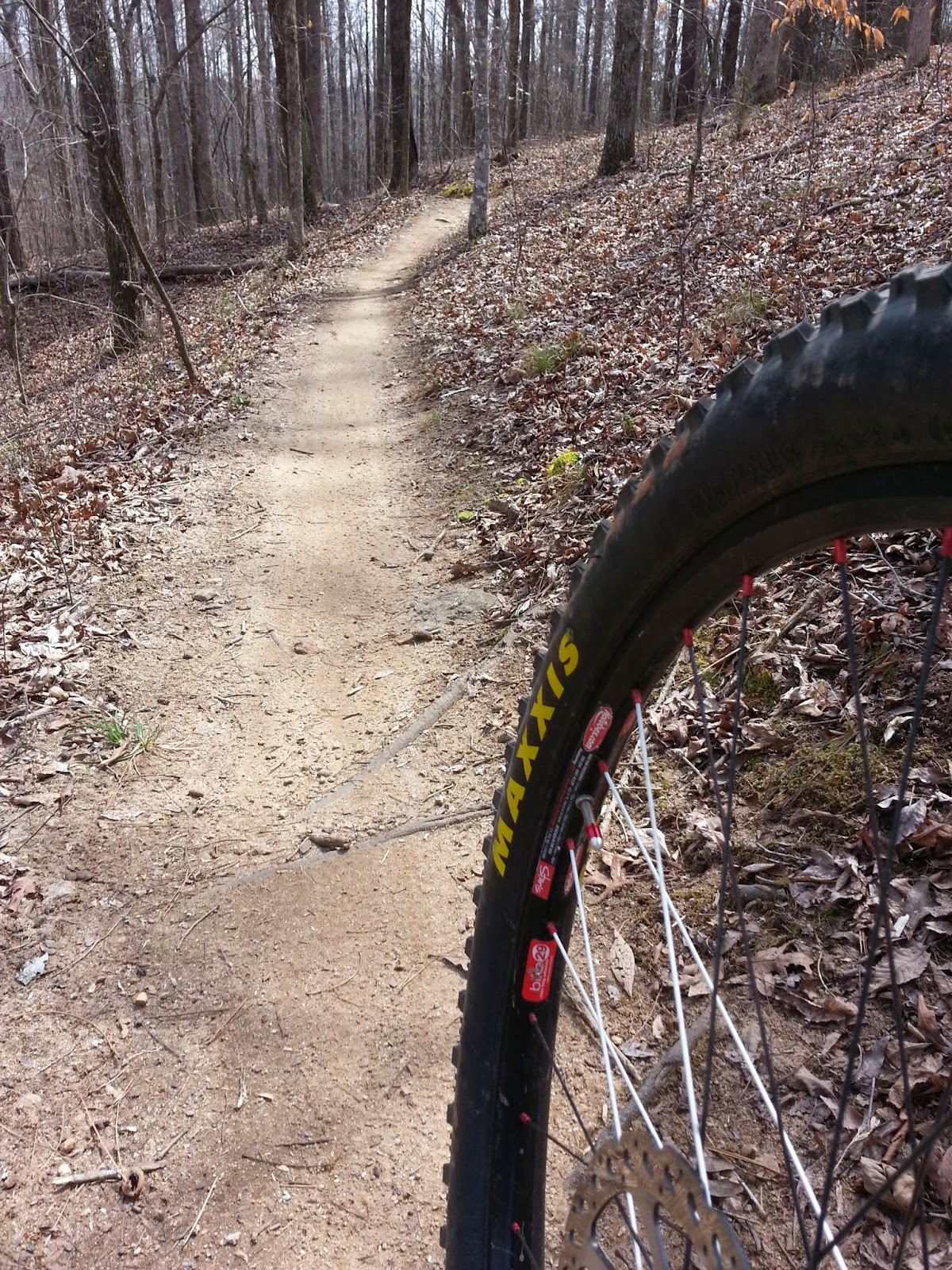 Riding alone even gave me a chance to stop and check out the scenery. 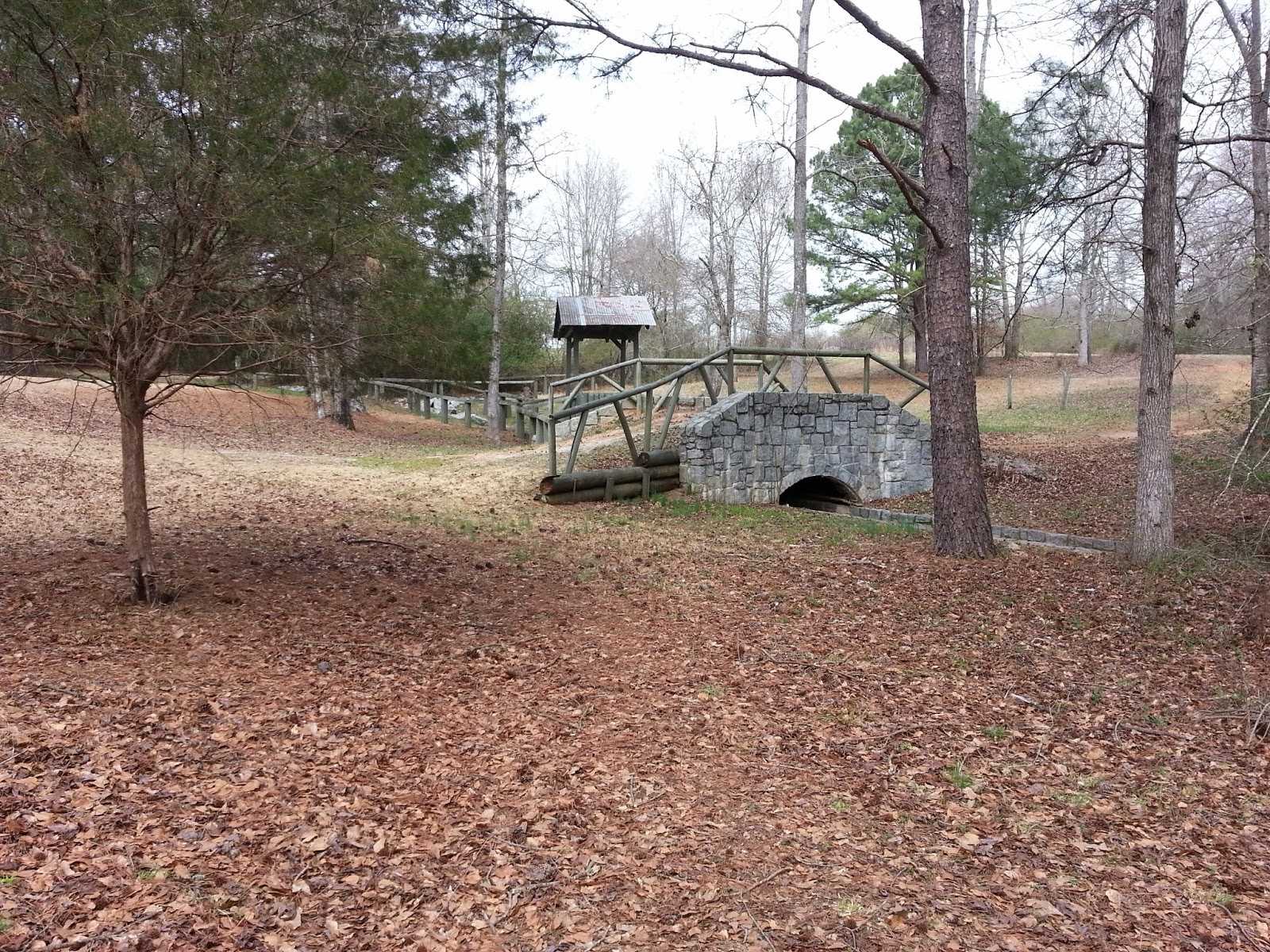 It was an awesome day. The weather was beautiful and warm, the beer was cold, and the riding was quite awesome. I was worth the drive, and I'm glad I went. I said my goodbyes at the SE Bike Expo and hit the road. I had to mosey up the road to get to a Saint Patrick's party with some real Irish folks back here in town. I know St. Patty's Day was yesterday (and I'm not Irish either), but getting a chance to hang out with Irish Luke before he moves out to Seattle was something I didn't want to miss.


Besides, because of his new shirt I was Irish that day anyway. 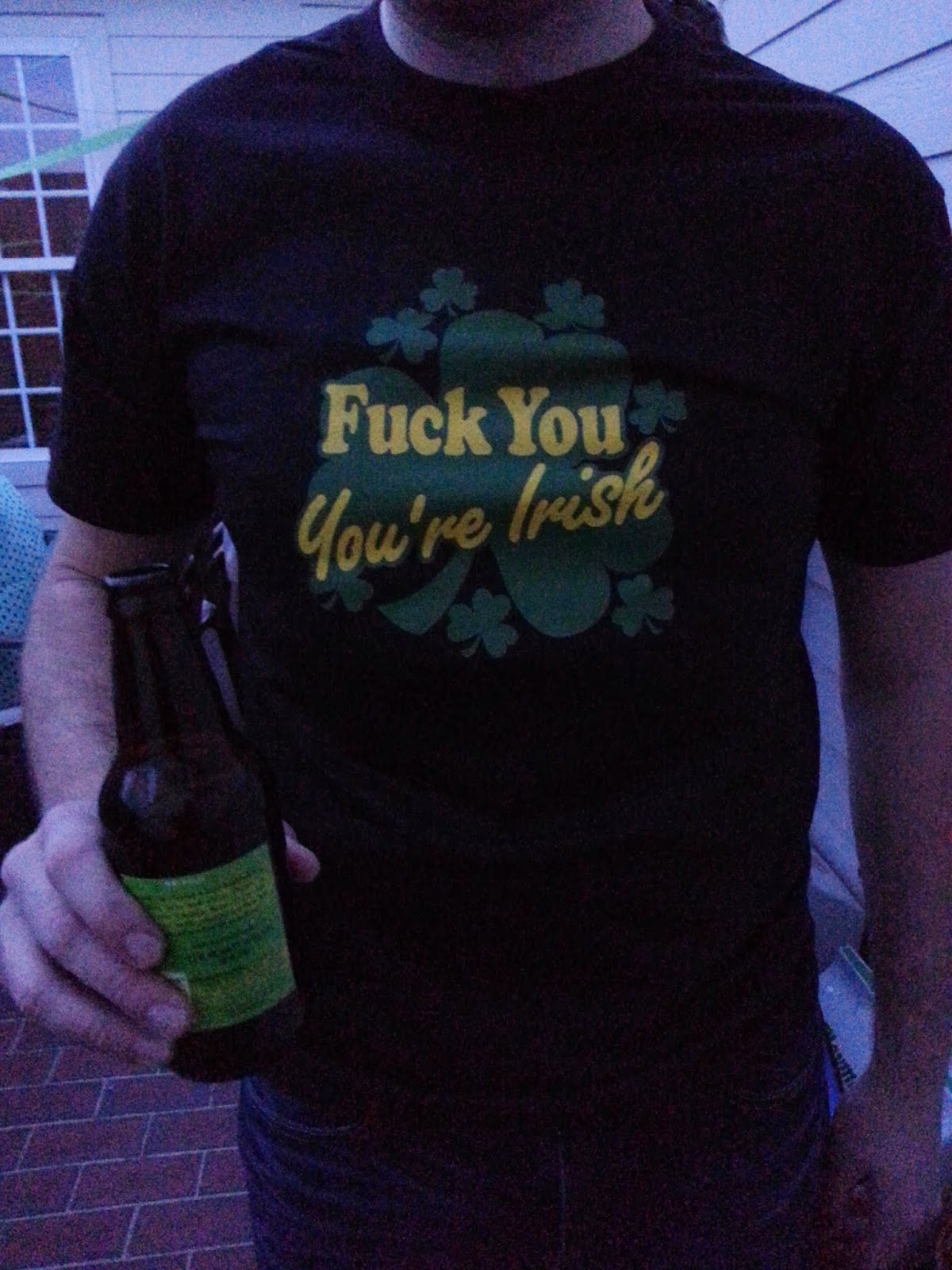 Dayum! What a cool trip!Next Year!