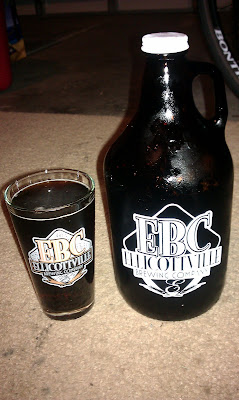 It’s been a while since I’ve talked specifically about beer on here, but don’t think I quit drinking it. I love beer almost as much as I love bikes. In fact, if I rode as much as I drank, then I could compete on the pro circuit. Nah, that still wouldn’t happen.


Anyway, today’s post is mostly aboot beer. I say “aboot” because the brew pictured about came damn near all the way from Canada. Little Miss Sunshine just returned from a trip to Buffalo, NY, which is pretty much Canada as far as I’m concerned. Even though she went without me, she did manage to bring back some souvenirs. I’ll start with the first I guess.


The one in the jug (and the glass) is from the Ellicottville Brewing Company. It is a black IPA, called Black Hops. For you gaming nerds, Lunchbox approved the name Call of Brewery, Black Hops. I don’t have much more information about it, probably because Little Miss Sunshine drank too much of it while she was there filling up a growler for me. It is really good though, even though I don’t normally go for darker beers. It has a nice, full body, and it’s a little sweet. That is, until you get to the end. It has a nice, hoppy finish. That’s just the way I like it, because you should all know by now that I like really bitter beer. I guess you can’t get it here locally, so if you’re ever in the area (I hear they have some good mountain biking trails), then I suggest you stop by and get some. They also sell food there, so you don’t have to get liquored up on an empty stomach.


Next up is of course more beer, this time in the bottled variety: 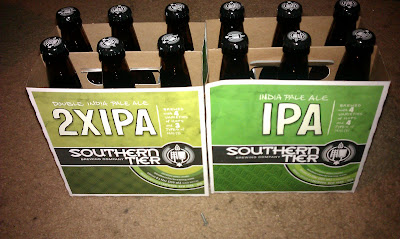 I have one six-pack each of Southern Tier IPA, and 2X IPA (which is a double IPA in case you don’t know math that well.) Good stuff, but not super hoppy. The IPA is actually closer to a Pale Ale, but it has a good flavor. It’s a good summertime ale, and I enjoyed some after mowing the yard in 90 degree heat. I think these two breweries are somehow related, and you can tell that they are all of high quality. Since I can’t get any around here, I kinda wish I had more. I would even share some with Dicky if he was gonna be in town. It will be gone before he gets back, so he is already a loser.

The 2X IPA is stronger, but I wouldn’t call it a “double.” It’s definitely hoppy, but it won’t knock you on your ass with the alcohol content like a lot of double IPAs. It’s nice and light too, and I also enjoyed one on a hot day. I think these two breweries are related somehow, but I forgot the story. Anyway, this stuff is good enough for a beer snob like me, so I’m sure it’s good enough for the masses. Head on up to Southern Canada and get you some.


I know you don’t just come here for the beer, so I’ll talk about bike stuff for a second. First off, I got a little love from the folks over at Cane Creek, in the form of some goodies. Some of my favorite things (besides beer and bikes) are stickers and hats, so I am really happy about my latest acquisition. 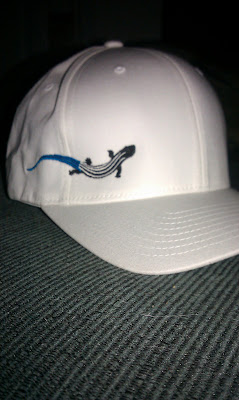 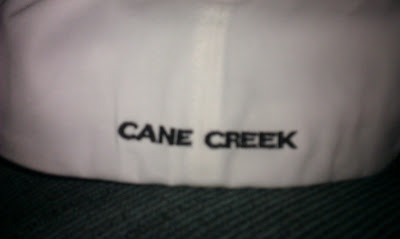 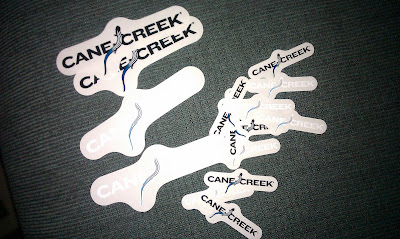 
In other bike news, Little Miss Sunshine has a big race this weekend. She is teaming up with a few of her Dirt Diva friends to race at the Burn24 up in Wilkesboro. She enjoyed her first crack at endurance racing so much that she is gonna attempt it for twenty four hours in the mountains. I’ll be up there this weekend to support her, and Lunchbox will be hanging out too. We’ll get to shoot the shit with all of our cycling pals, and hopefully be able to get a ride in on some of the other trails out there. I can’t wait. I know she is probably nervous, but she’ll do fine. I’ll probably have a report on Tuesday morning. Yeah, I said Tuesday, since Monday is a holiday and I’m not working. Have a good weekend. Go drink some beer and ride your bike, ‘cause that’s what I’m gonna do.


Oh yeah, I almost forgot. Little Miss Sunshine has been testing a new bike. Let's hope she likes it. Here is the spy shot: 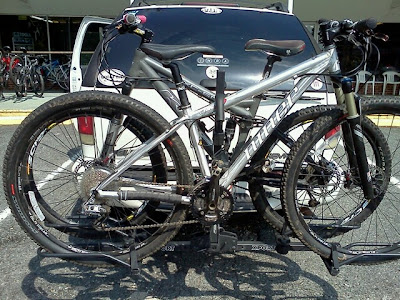