Forgive me, but I’m still way behind.  Well over a week ago was the Southern Spokes Bicycle Festival, and I was there.  More importantly, a lot of people were there.  The weekend event kicked off with an open house on Friday evening at First Flight Bikes in , which included beer, food, and socializing (in no particular order.) 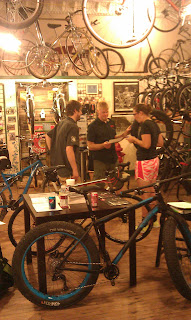 Grand organizer of the event, Bike Shop Girl, is pictured up there on the right.

I brought Lunchbox along, since he likes hanging out up there (even though he doesn’t drink beer.) 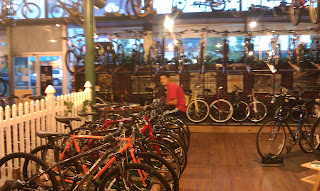 Did I mention that First Flight is the home of the Museum of Mountain Bike Art and Technology?  Well it is, and we snooped around to look at the huge collection of vintage bikes and other associated goodness. 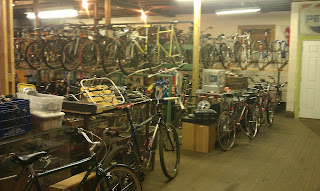 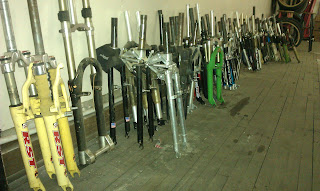 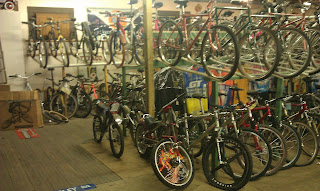 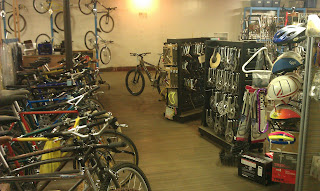 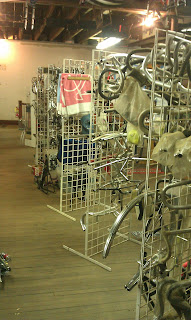 We hung out for a good while, but eventually we had to get home.  The next morning we would show up bright and early to nearby , where the exhibitors were setting up.  There were group rides on the agenda, kicking off with a ladies-only one. 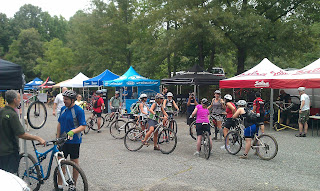 I didn’t join them, since I was busy manning the Tarheel Trailblazers tent and socializing.  I did get a few photos of the vendors out there though… 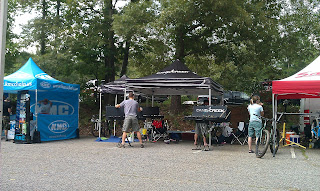 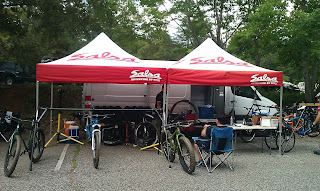 And of course, KMC, Michelin Bicycle Tires, Suspension Experts, among others. 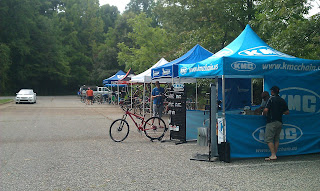 After the day’s festivities, we relocated to a nearby pavilion for dinner and a big raffle.  To gain admission, you had to get your hand stamped.  Lunchbox got creative with his: 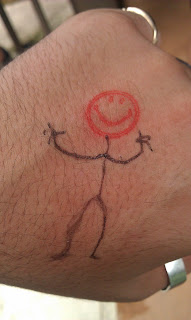 Since I was a VIP, I got extra stamps to show how very important I was. 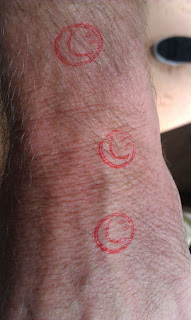 I think most everyone walked out of there with prizes (donated by the exhibitors in attendance.)  I ended up with a few things too: 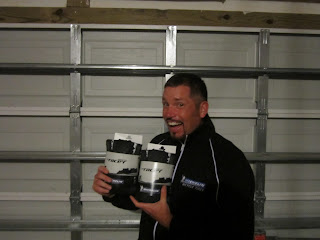 I think it was a wonderful event.  This was the first such event of its kind here in the area, and I would call it a success.  The turnout was great, and the weather even cooperated for the most part.

Everyone had a great time. 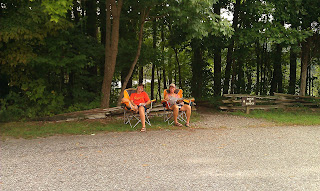 I hope this event is on the calendar for next year, and many years to come.

It’s nice having stuff like this in my neck of the woods.