Not Much Bike Riding


While I was away on my latest trip to , I was pretty busy.  Attending training camp for our favorite football team and visiting family left us with little free time.  Since we had our bikes with us from the last Southern Classic Series race, I made sure that we got out for at least a little bit of riding.  I finally got a chance to take Lunchbox to a place that Little Miss Sunshine and I visited last month, Conway Robinson State Forest.

We got out for a little early morning stroll. 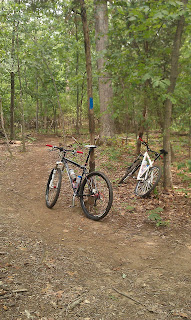 And my kid got to climb in that tee pee thing we saw out there last month. 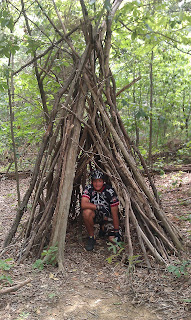 It didn’t take long to ride the short, easy trail.  I’m glad we got out though, because it would be the only time during the week that we would get on our bikes.  A trip to was next on the agenda, but I was a little nervous about riding our mountain bikes around the city (mostly having to leave them outside of the various monuments and such.)

We had a plan though.  Since we were taking the Metro into the city, Lunchbox decided that instead of lugging our bikes on the train that we should take our skateboards to get around.  It was a great idea, but I was still a little worried about leaving our bikes locked up on the back of the truck all day in the parking garage.

I came up with a nifty solution: 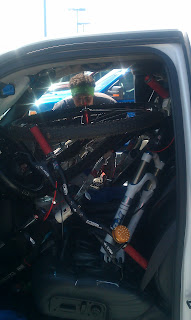 We took the wheels off, and crammed both bikes in the cab of my truck.  Since the back seat was full of bags and whatnot from traveling, it was our only option.  I barely got the doors closed, but it worked.  It would take someone all day to get them out of there if they tried.

We left my truck and got going, hellbent on breaking the rules before we even got into the city. 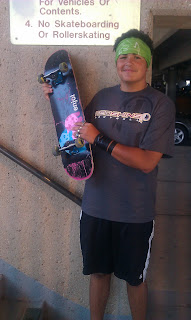 When we got to D.C., we hit the streets.  We were there to do a little sightseeing, and to skate all the historic shit.  First stop, The National Archives. 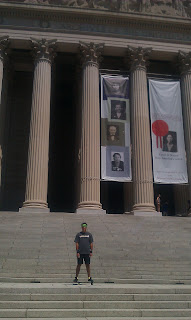 We did go inside, but since they don’t allow photos I have nothing to show you in there.  Needless to say we were warned not to skate in there.

We stopped at a few other places along the National Mall, and eventually ended up at the .  We skated out there for a little while. 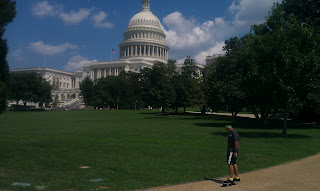 We thought about skating on the front steps, but a Capitol Police officer was standing there with some sort of automatic weapon to deter us. 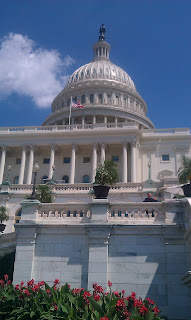 So I had the kid pose for a scenic photo instead. 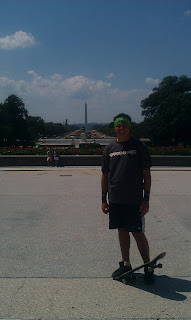 We took a tour of the Capitol, and once again we were warned not to ride our boards inside. 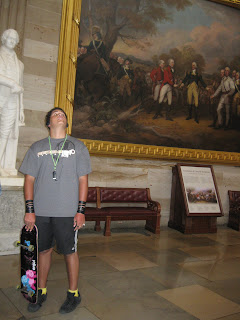 After our tour, we skated back across town to grab some lunch.  We made sure to stop at the number one skate spot in D.C., .


At least no one told us not to skate there. 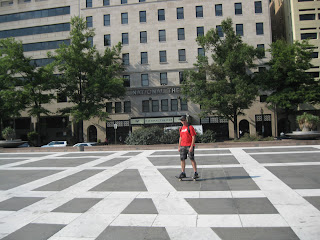 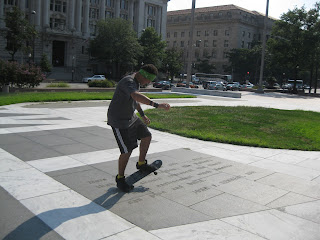 Flying down the streets of our crowded Nation’s Capital was fun, especially dodging all the dumbasses that weren’t paying attention.  We saw more dumb shit than I could capture with pictures, but this one is my favorite. 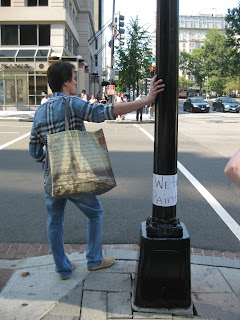 It was a good day riding all kinds of wheels for sure.  I know I say it all the time, but D.C. is my favorite city.  No matter which side of the political fence you claim, you should make it a point to visit there if you have the means.  There’s a ton of cool shit to do and see, and you definitely can get around quicker on self-powered wheels than you can any other way.

Leave your politics at home, and bring a bike or a skateboard.

Hell, bring a unicycle.  There are plenty of clowns up there that can show you how to ride one.