Getting There Is Half The Fun 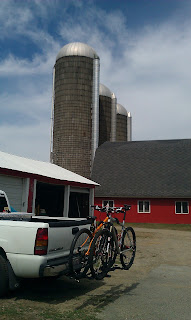 As soon as we rolled up, my mother in law came out to greet us.  She told us that my father in law was out in the fields, and that we should go see him.  We hopped into the little John Deere Gator and rolled down the farm road to see everyone that was hard at work. 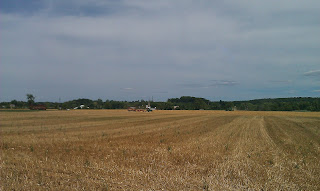 My father in law was running the combine, and invited me to ride along while he harvested the oats.  I thought the Quaker dude did that stuff, but I guess I was wrong.  Everything is done right there on the farm with fancy machinery. 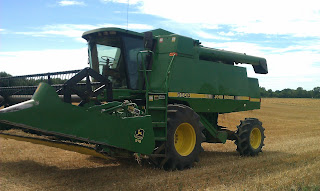 I crawled right into that beast of a machine to see how it all worked.  I had a front row seat to the harvesting, and I have to admit that it was pretty cool to be within inches of the blades of death. 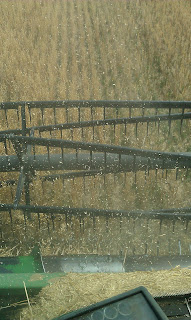 After the work was done, we headed back to the house to see my brother in law, my nieces, and my nephew.  Little Miss Sunshine tried to feed them to the cows. 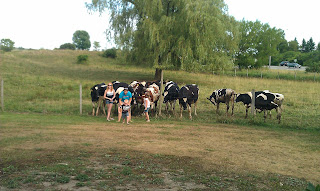 Our first day there, and we were running wide open from the time we got there until we went to bed.  The next morning though, we got to do one of my favorite things… 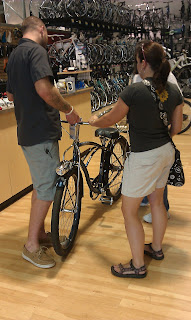 My mother in law has been talking to us about getting on a bike, even though it’s been many, many years since she's ridden one.  She wanted something that she could ride to and from the store, the gym, etc., and after several hours we helped her find something perfect for the job.

She bought a Townie, and it was like watching a kid get their first bike.  She was full of excitement, and couldn’t wait to ride it.  What better place than the farm, right? 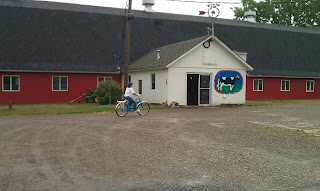 I love watching people get excited about riding bikes.  The fact that we helped someone else get into it made it that much better.  After the bike shopping I was supposed to go ride somewhere local, but the weather hadn’t really been cooperating.  It had been raining quite a bit, so I ended up having to ride on the farm too. 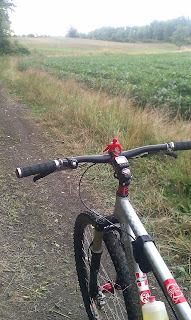 It wasn’t too challenging, but it was pretty fun.  The views were nice too. 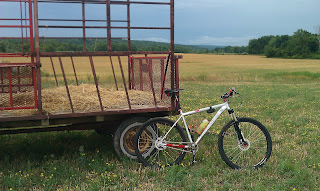 Since I was heading to the next day, I had to change out the gearing on my bike.  Running a 32X18 on the farm was fine, but I had to get that shit off of there to be able to survive in the mountains of Stowe. 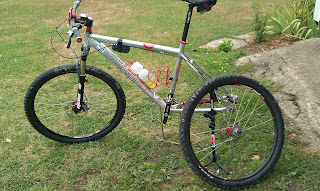 With the 32X20 setup (and not tested), it was time to hit the road.  The next morning it would be time to head east to the .  That will be part two of the fun (of getting there.)

Patience, there will be a race report…eventually.