Race ‘til the finish…

Or race ‘til I’m finished.

This weekend, it’s time to get back to endurance “racing.”  The Tree Shaker is tomorrow, which means eight hours of suffering in the heat. 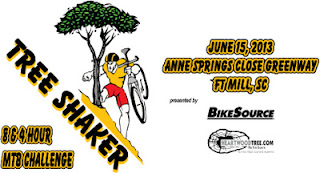 It won't be that hot, but of course I’m riding a single speed and once again I’ll be going without a squishy fork.  The trails in are pretty tame for the most part, so it shouldn’t be too bad.  I’ve been there plenty on one gear, but not on a rigid.  I don’t think it will make one bit of difference though.  The only thing I have to worry about is my gear choice.

With a whole mess of cogs from Endless Bikes I have plenty of options.  Since I’m currently running a 34 tooth front ring, I may just take the eighteen off the rear and put on a nice, spinny nineteen.  Actually, that won’t be spinny at all.  Last year I did this race on a 32X20, and by the time eight hours passed I was glad I had such an easy gear.  I started out slow, but maintained a pretty steady pace the whole time.  Running a bigger gear this year might make me work harder on the climbs, but I’ll be able to haul ass on the flat sections.  Just like everything else, I’m having a difficult time deciding.

I’ll figure it out soon, hopefully before I start the race in the morning.  A couple of beers should help me decide. 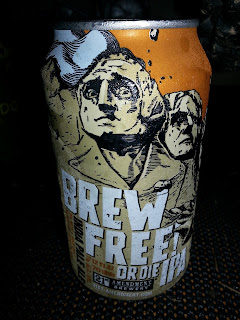 Thanks to Todd Tucker for this delicious brew.

In other news, this shit isn’t just about me.  Lunchbox will be attempting his first ever endurance race, opting for the four hour version.  He only races a couple of times a year, so I think maybe he’s trying to cram it all into one race.  He’s been sort of training, if you consider riding his bike to the local university every day to look at chicks “training.”  His goal is three laps in four hours, and with the course being only nine and half miles I think he can do it.  He’ll just pace himself, and hopefully won’t have any issues.  If he does, I’ll be out there too in case he needs help.

So yeah, we’re gonna work our asses off this weekend.  I’ll be back here Monday to tell y’all all about it.

If you’re in the area, come out and heckle…