Although it was only two days, it felt like the longest weekend ever.  I was up in the mountains all day yesterday and it was pretty damn fun.  We laughed, we cried, we climbed, we descended.  We even got dirty. 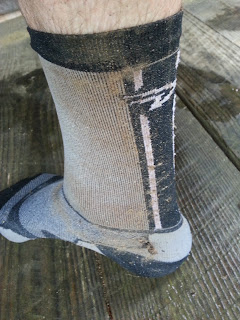 I don’t really have my shit together enough today to talk about it though.  After stopping on the way home to have a giant steak and having to unpack and clean off all my shit I’ll need to take a little time to go over everything in my head.  I’ll do that tomorrow.

Instead, I’ll talk about the boring shit I did leading up to Sunday’s ride.

When I got home Friday after work, I had a mission.  Little Miss Sunshine needed new tires put on her geared bike, and I was asked to “show” her how to do it.  When I got home she was already in the garage, and everything was ready to go.  She mounted up a set of Ignitors, put in the proper amount of sealant, and with the aid of my air compressor she was able to get them to seal. 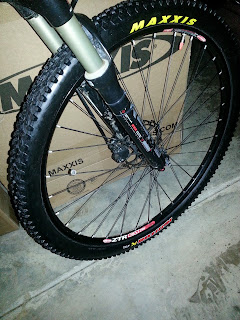 With no test ride (other than up and down the street in my neighborhood), she hoped like hell they would hold up when she took off to the mountains the next morning.  That’s right, some of the crew went up Saturday to have two days of riding.  I chose to stay home because I had more shit to do. 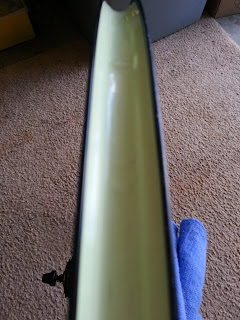 That is the rear wheel from Lunchbox’s bike.  I’ve been meaning to set him up tubeless for quite a while now, and I finally had a chance to do it.  He’s been getting flat tires (or tubes, whatever) just about every time we got out to ride now, so it was time.  He’s got a big event coming up this weekend (more on that another time, of course) and I’m happy to say that he shouldn’t have to worry about getting a flat.

His setup was pretty much a pain in the ass.  Without “real” tubeless-type rims I had to work a little extra to get them to seal.  In fact, I worked so much extra that I missed a trail work day with TomTom out at our neighborhood fun spot.

It’s all good I guess.  My kid will be flat free and that’s one less thing I’ll have to worry about when he’s out riding.

So, if you will excuse me I need to try to put together all the pieces from yesterday’s ride.

I was pretty damn awesome. 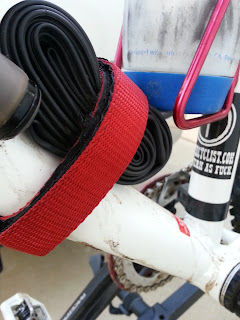 Gotta admit you are sumpthin' Maybe not awsome, but pretty damn good. I enjoy the blog. Keep 'em coming.