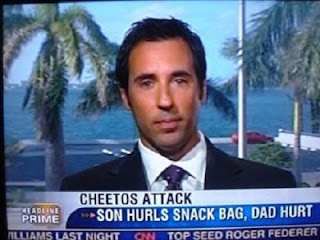 It’s Friday, which means that most people have better things to do.  Mostly these “better things to do” involve making plans for the weekend.  I’m no exception.  However, as I sit here and write this crap and nonsense I can’t really come up with a solid plan.

The Dirt Divas have a day trip tomorrow to Bent Creek (out in ), but I really don’t feel like going out of town.  The little lady will be there which means Lunchbox and I have a free weekend.  Since he’ll be busy with typical teenager stuff, I’ll be left to fend for myself.  Luckily I have plenty of beer and plenty of opportunities to ride.

I’ve spent some time lately getting my bikes in order, which so far hasn’t meant converting my geared bike to single speed though.  The Falcon, my (currently) one and only single speed was filthy from racing last weekend.  It was making that creaking sound so common to Niner One9s and I had to do something about it.

So I took it all the way apart and cleaned it thoroughly. 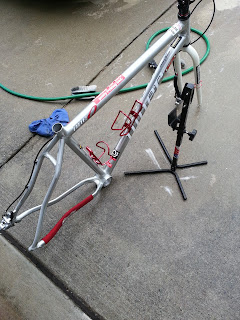 When I put it back together, I returned it to my normal local gearing so I would be ready to ride anything around here in a moment’s notice.  32X18 is perfect for our local trails, and I plan to keep it that way and use the other bike for the tougher stuff.

In other news, I recently did a good deed.  I took an old frame, some spare parts, and with the help of a couple of deals here locally I put together a “new” bike. 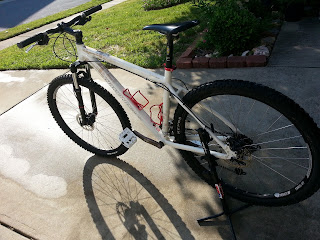 If you recognize the frame, that’s because it used to belong to Lunchbox.  He quickly grew out of his large 29er and got an upgrade when I switched bike companies, so this frame was sitting around collecting dust.  A co-worker of mine was interesting in getting a “new” bike to ride around here, and I told him if he purchased the couple of parts I needed for a complete build that I would give him everything else.  It helped me by getting some crap out of the garage, and it helped him by giving him a better bike that what he had.

See, sometimes I’m nice.  Even if it is for my own personal gain.

While this bike isn’t the greatest in the world, it’s much better that what he is currently riding.  I clear up some garage space, another person gets hooked on riding in the woods, and everyone walks away a little happier in the process.

Now if I could just figure out what I want to do this weekend.
Posted by TheMutt at 8:40 AM