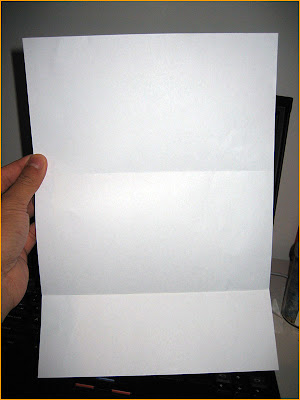 When I hopped on here this morning, I wasn’t sure what the hell I would talk about. Usually though, I have some kind of plan, even taking notes the day before, gathering photos, etc. Just like the title says, I am drawing a blank. There hasn’t been a whole lot of excitement the past few days, so what do I do? Well, I just remembered something: we had an event over the weekend that I forgot to mention.


Sunday was kind of a big deal. It was the regularly-scheduled Tarheel Trailblazers Kids Ride, but this time there was a twist. One of our local trails, Fisher Farm, just recently had a new section added. So, Sunday was a grand opening of sorts, plus a cookout to celebrate the kickoff of Bike Charlotte. We decided to incorporate the kids ride into this event, and it worked out well.


We arrived on the scene bright and early to set up our stuff. While we usually just meet up and hit the trail, this time I wanted to be a little more visible. We setup the popup tent we had, and hung up our National Mountain Bike Patrol banner. Before I could get the camera out to take a photo, the wind picked up. That would prove to be fatal for my little popup tent, as it took off like a kite and sailed towards the bushes. Damn it. After salvaging the canopy, I was left with a twisted hunk of unusable metal. 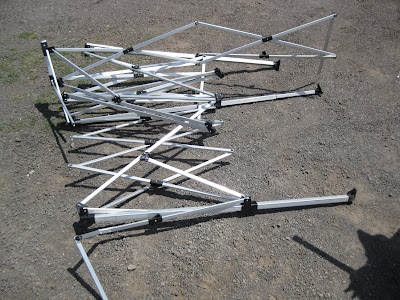 No worries though, as there were plenty of other tents that survived the gusts of wind. I will have to acquire another tent for this weekend though, since I'll need some sort of shelter for the 6 Hour Grind On The Greenway. I'll worry about that later I guess. We pressed on, gathering up to head out onto the trail for the ride. It was a beautiful day. 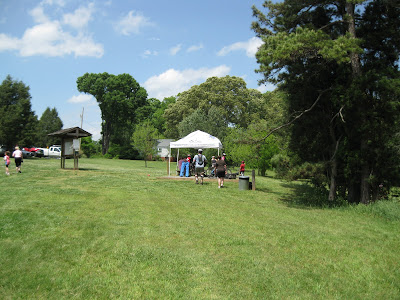 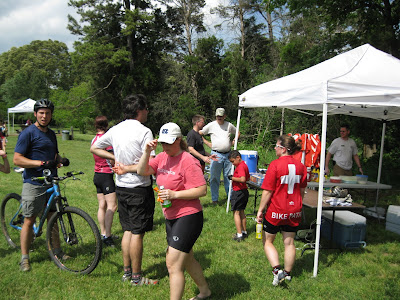 I didn’t get any photos of the ride, because I was riding sweeper in case any of the kids (or adults) fell behind. We had a great ride, especially since this was the first time we’ve done this ride at Fisher. I think we will include this lovely trail in our future kids rides. When it was over, we gathered around the grill for some food, socializing, and fun. 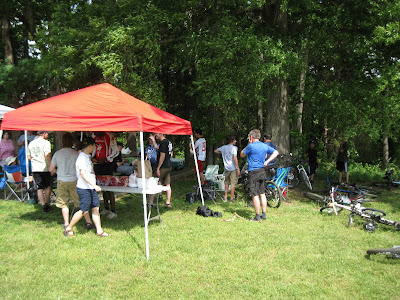 After the food, I grabbed the uni for some one-wheeled trail fun. My legs were toast though, so that didn’t last long. It was a good day though, and everyone had a blast.


Yeah, I know it’s not much, but you should know that I can’t hit a home run every time I write something on here. Maybe tomorrow will be better. Tonight is race number two of the Summer Series, so at least I’ll have a race report for you. We are heading to Renaissance tonight, a trail that I don’t really care too much for. This will be another new adventure for The Big O, so I’m kind of looking forward to it. Let’s see if I can keep both wheels pointed towards the trail tonight.
Posted by TheMutt at 8:32 AM