As much as I wanted to be here, I was M.I.A. on this blog last Friday. Instead of coming up with barely entertaining reading material for my legions of fans, I went on a little bike ride. Actually, it was the Mayor’s Ride and Breakfast, which was a part of Bike! Charlotte. This short ride was a way for cyclists here in Charlotte to make ourselves known to the masses, by parading through the city on our two-wheeled machines. Our local mountain bike clubs, the Tarheel Trailblazers and the Dirt Divas , decided to do a little “ride to the ride” so to speak. We all met up at a local shop, Uptown Cycles. 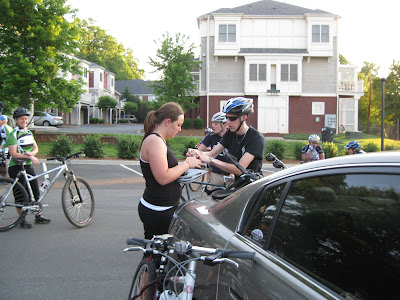 After everyone arrived on the scene, we headed out to the real meeting place, the Dowd YMCA. We had plenty of time for a nice, leisurely ride. 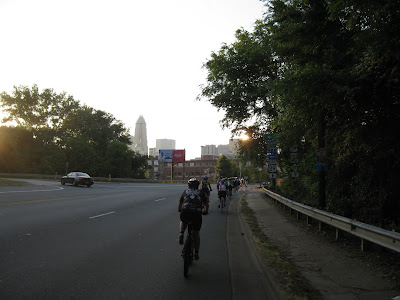 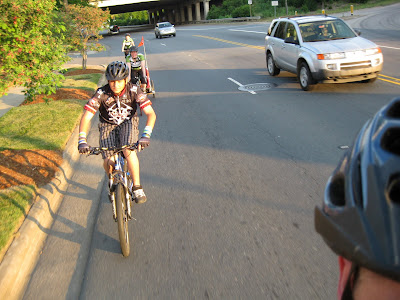 When we arrived at the Y, there was quite a large crowd gathered. Some of the local news teams were there too. 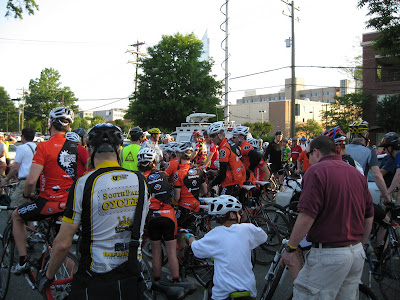 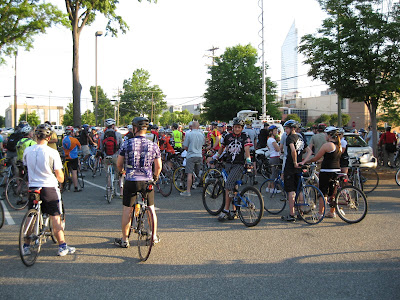 I knew this was going to be a big event, but I soon realized why so many news people were on the scene. I looked over and saw a limo pull up, and I wondered which local celebrity was inside. 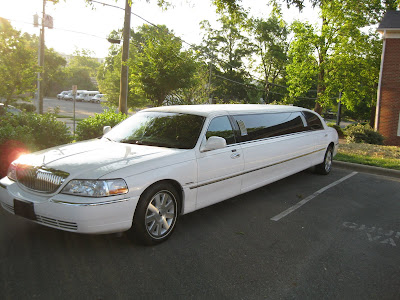 The mayor was already there, so who could it be? Well, after hovering around it like a teenage groupie at a Backstreet Boys Concert, I found out that the limo belonged to Bad Idea Racing, and the local celebrity was Charlotte’s very own Rich Dillen. I know how he feels about the paparazzi, so I quickly snapped a photo before he caught me with the camera. 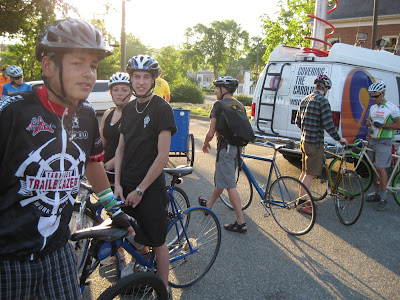 
I guess he has better deals with Cane Creek and Backcountry Research than I do, or else Dirt Rag is paying him a crapload of money to write for them. Either way, I need to step it up so I can get limo rides to local events. I bet that thing even had a bar in it, stocked with PBR and other fine beverages. Lunchbox even commented after he left, saying “I like his moustache.” Weird.

So, what were we talking about here? Oh yeah, the Mayor’s Ride. Our recently elected mayor, Anthony Foxx, said a few words before we took off, so we all listened to his non-political speech. 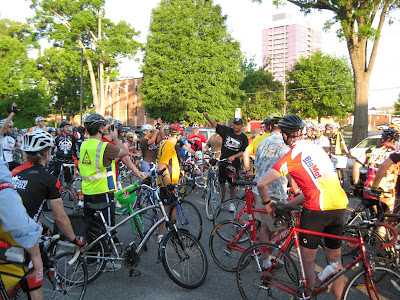 And just like that, we were on our way. Hundreds of two-wheeled human-powered machines took to the streets, and we somehow managed to squeeze in there. 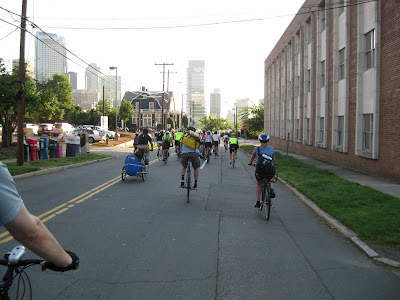 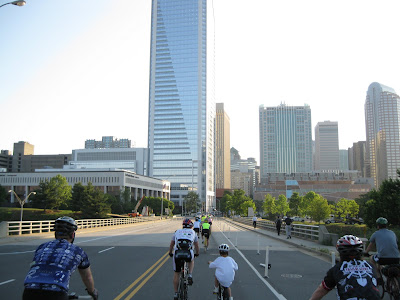 We headed right into the city, hoping to get there before Chilly Willy and his friends ate up all the free breakfast. 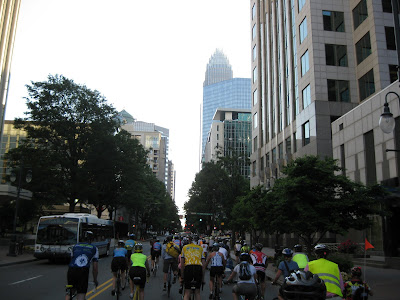 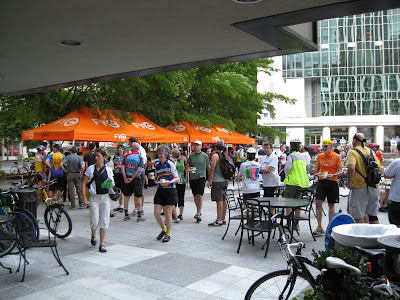 We parked our bikes, stood in line, and got our breakfast and free t–shirts. Luncbox was happy to have his. 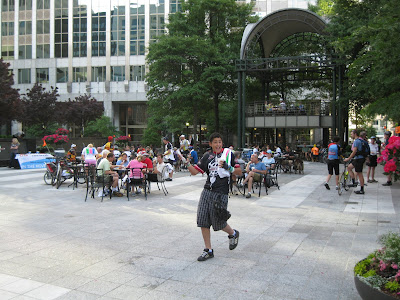 All the good seats were taken, so we lined the steps of one of our local banking headquarters and chowed down. 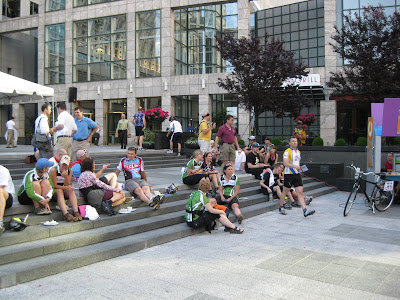 It was a fun ride, and I guess we raised some awareness for cyclists here in Charlotte. The food was good, the t-shirts were pretty cool, and we got to see a lot of our cycling friends on a beautiful Friday morning in the city. I can’t wait for next year to do it all over again.

Speaking of waiting, you’ll have to do that if you want to hear all about my adventures at the 6 Hour Grind On The Greenway over the weekend. I know you all came here to see the “race” report, but I had to talk about the Mayor’s Ride first. See ya tomorrow.
Posted by TheMutt at 8:58 AM