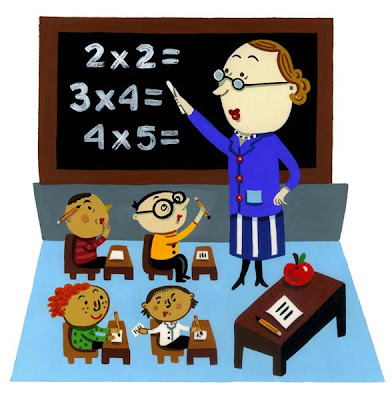 I guess this whole mountain bike “racing” thing I’m doing is a big lesson in and of itself, but yesterday it looks like I just took the hardest class. Last night’s race in the Summer Series was a bitch, to put it bluntly. What did I learn? Well, for starters, you can’t arrive on the scene at 5:45 for a race scheduled for 6:15 and expect to get in a proper warm-up. After getting to Renaissance last night, I barely had time to register, change my clothes, and take my bike for a quick spin in the parking lot. Even after doing all that, I forgot a few things. While heading over to attend the pre-race briefing, I realized that I had failed to affix my number to my bike. Mistake number one. Next (as I realized at the start line), I had forgotten to grab my music playing device. No big deal, right? Well, actually it is, since I have grown fond of having a soundtrack while I “race.” It helps me get through the “tough times” in the race. Mistake number two.


Anyway, even though it was plenty hot outside, I didn’t get warmed up properly. While I was waiting during the pre-race announcements, I began wondering if I was ready. I looked around, and most everyone else had been warming up, some even well before I arrived. This would later prove to be the biggest mistake of all. Nevertheless, I waited for the start. 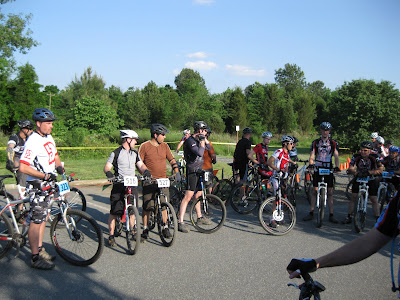 Notice that I’m rocking the Diamondback jersey in the above photo. My buddy Doug (to the right of me in the photo) noticed too. He asked, “You’re not riding for Cane Creek anymore? What about Middle Ring Cycles?” I told him that I was doing my own thing now, but I still had the support of those fine people. In fact, I told him, I’m getting more love than ever before (somehow.) I guess I’m just trying to promote the whole B-43 thing these days. Don’t worry companies over there to the left, I still love ya.


Now, onto the actual race. The start line is at the bottom of a big gravel-covered hill, so when it was my turn to go, I took off and tried to keep up with the pack. Most of the guys in my “new and improved” class are way faster than me, but I tried to hang anyway. I actually didn’t do too bad and I entered the trail in about 7th place. Wow, I thought, I actually managed to stay competitive on a climb. I gave all the credit to The Big O, since I haven’t really been working too hard on my bike fitness. I would hang with the group for the first mile or so.


Suddenly, my lack of warm-up caught up to me. I got the now-familiar punched in the stomach feeling, and it hurt like hell. My pace slowed a lot, and the rest of the pack began passing me by one at a time. I decided to slow down and spin for a bit, since technically this was my warm-up and I needed to recover. I was in for a long race.


I suffered through the first section, watching as everyone passed me by. Every time I started to recover, I pushed harder, which of course led to more pain. When will I learn? When I came out to the big gravel hill again, I was hurting more. The hill seemed bigger this time, but I somehow managed to make it up. When I crossed the start/finish line, I started feeling a little better. I entered the second section and pushed hard. I spun out on one of the climbs, and that made me have to get off and walk. Shit. I never walk my bike during a race, so I figured I must be in big trouble. The highlight of that moment was when two women riders passed me by, and I took the opportunity to cheer them on. One of the riders, my friend Doc, was celebrating her birthday (by racing I guess.) I sang a quick happy birthday, which put a smile on her face. Well, at least I was having fun.


Also while I was in the second section, I passed a guy on the side of the trail that appeared to have a flat. Since I was going so slow, he had a chance to ask me if I had any CO2. I said yep, and proceeded to stop and grab one for him. He said, “You don’t have to stop.” I told him it didn’t matter, since I was have a shitty race anyway. I dug into my Awesome Strap, gave him his cartridge, and got back on my way. By the time I exited the trail, I was starting to feel great. I guess lap one was my warm up. I hit the trail again for lap two, hoping that I could make up for lost time. I was alone in my class, but I had plenty of company for the other riders in their own groups. 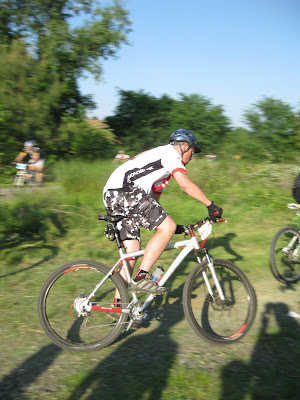 I gave up the spandex shorts, because well, it made me look like I was taking this shit too seriously.

I was really making good time, or so it seemed. The gap had grown too large for me to catch up, but it didn’t matter. I rode as fast as I could, and finished the race feeling good. I didn’t feel so good when I found out I got last place though (21st out of 21), but I quickly got over it. Next time, I’ll get out of work earlier so I can get in a good warm-up lap before I race. That was a hard lesson to learn, but I won’t forget it for sure. I guess I’m no spring chicken these days, and I’ll have to spend a little more time preparing my body for this kind of torture, er fun. Yay.


I may or may not be here tomorrow. I am doing a ride with the mayor of Charlotte (me and hopefully about a thousand other people) for Bike Charlotte bright and early in the morning. Maybe you’ll be lucky and I’ll give you a report when I finish it. If I do, it will be late morning/early afternoon. Oh yeah, don’t forget that this weekend is also the 6 Hour Grind On The Greenway in Fort Mill, SC. My second solo six hour race, and of course I’m not ready. I’ll share my pain on that one next week.
Posted by TheMutt at 9:05 AM

Email ThisBlogThis!Share to TwitterShare to FacebookShare to Pinterest
Labels: birthday, lessons, punch in the stomach

You'll do fine on the 6 hour race this weekend. You have one under your belt already this year and have a home trail advantage.