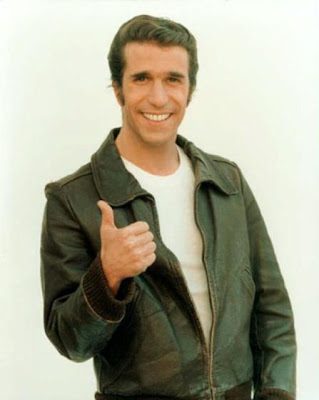 So, I had yet another item dropped off at the B-43 doorstep. I’m still waiting for more stuff, but this is one of those things I’ve been wanting for a while. While building up The Big O, I put on a few parts that I had in ye ole parts bin, and sometimes they just looked (or worked) like shit. The latest item to arrive is another remedy to such an issue. I had a tired old torn and tattered seat on The Big O, and it was not worthy of being on my primary “race” bike. It was the WTB Pure V model, and while it functioned okay, it was just plain ugly. So, I ordered a fancier model, which is probably ugly too, but in a different way. 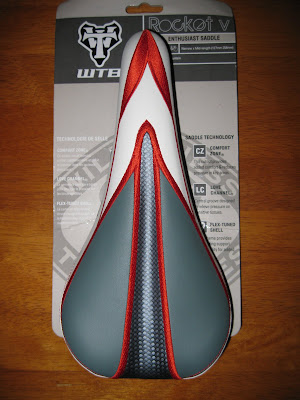 Well, at least the colors kind of match the bike.

This one is a WTB Rocket V, and it’s a lot nicer than anything I’ve had to sit on (at least while pedaling a bike anyway.) I was so happy to have such a fancy saddle for my big-wheeled bike that I immediately rushed out to the shop to install it. I usually do that when I get new bike parts, much to Little Miss Sunshine’s dismay. Sometimes when I head out to install new parts, it takes a while, and that cuts into dinner time or whatever else we may have going on. In this case, I had a few moments to spare.


I carefully measured the old saddle and its relation to the seatpost (also compensating for how narrow and short the new one was) and removed it. Installing the new saddle took mere minutes, and I think I have it adjusted correctly. 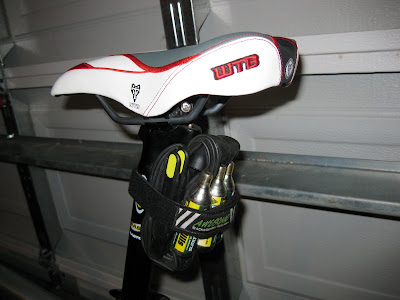 See how Awesome it is?


Since it was raining when I put it on, I was only able to sit on it in the shop and imagine I was riding. My first official test ride will be tonight’s Summer Series race at the U.S. National Whitewater Center. While I usually like to test out new parts in a “safe” environment, this time I’m throwing caution to the wind in an attempt to break in a new saddle. It’s not like it’s gonna change the outcome of the race anyway. I could race on a three-wheeled granny bike and probably have the same shitty results. 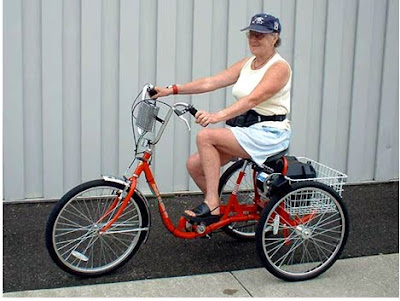 I’ll see y’all tomorrow with yet another pathetic race report.
Posted by TheMutt at 8:22 AM