No, don't worry. It’s not Sexy Time here at B-43. I just felt like chilling out to a little Marvin Gaye while I contemplate this weekend’s adventures. Since I am fresh of another disappointing race in the Summer Series, I feel like I need to relax a bit and rethink my strategy.


I seem to be allergic to any kind of proper “training”, so I have to figure out a way to keep on drinking beer while becoming better on the mountain bike. I’ve decided that a little two-wheeled punishment is in order. Yep, tomorrow morning, The MadSS and I are hitting up the U.S. National Whitewater Center for a good ol’ fashioned beat down. I’m hoping to do several laps at “race pace” to get me ready for next week. You see, I will be racing there twice next week(the Summer Series Race 4 and then the 2010 Catawba Riverfront Classic), so I need to get The Big O out on that particular trail. Besides, what better place to ride and drink beer, right?


You know, it’s a little funny. Last year, I was a little faster than The MadSS during the Summer Series races, but he came out of nowhere with some new found speed and endurance. Maybe that has a lot to do with the fact that he rides a singlespeed bike, but I blame it on too much beer (for me, that is.) I’m hoping that I can learn some trick or two from him, and ramp up my own speed and endurance. Most likely though, he’ll leave me dead on the side of the trail. I haven’t mentioned this to the Space Cowboy yet, but since he is a regular reader of this shitty blog, hopefully he’ll want in on the fun. (Hit me up buddy, you know you want to suffer along with us.)


After a couple of “death laps”, we’ll belly up to the bar for some refreshing hoppy beverages, and talk about how bad I sucked out there. This is gonna be so fun/painful. Just my thing.


As for Sunday, we’re planning on the next Tarheel Trailblazers Kids Ride, this time at Sherman Branch. I know the little ones will have a great time once again, and hopefully I’ll have some legs left to ride the short loop out there. I guess I’ll still be able to keep up with the kids, although it won’t surprise me if I’m hurting after riding with The MadSS.


So, I hope you all enjoy your weekend, and if you ride, then get out and do so. Don’t sit around and drink beer all weekend, unless you put in some miles first. That’s my philosophy, and it seems to work. Well, it doesn’t work for racing, but none of the other shit I do seems to either. One day I’ll come up with a plan. And you all know that I love it when a plan comes together. 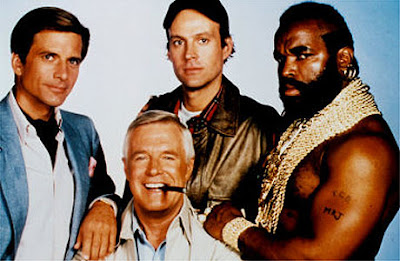