Racing in the Park

This past Saturday was the 37th Annual Dilworth Criterium, held in one of Charlotte’s most beautiful neighborhoods. Since we hadn’t been to the previous 36 events, we decided to head out there to watch some roadie action for the first time. Now, I watch roadie stuff on TV on occasion, but I don’t really follow it too much. Since I do in fact own a road bike, I like to see if I can pick up any riding tips by observing those who are a little more experienced than me. I am a mountain biker first, but riding a road bike seems to help my overall “fitness” (not to mention it lets me drink a little more beer than I normally would.)


The roadie stuff started at around 8:00 a.m. I think, but we arrived fashionably late at around 9:30 to watch a few of our local cycling friends compete. I guess anyone can race in these races, save for the pro event at the end of the day. It proved to be pretty interesting, as they hauled ass around the .7 mile loop during the races. There was a pace car, which was driven by some of our local cycling pals, and it was neat to watch it make the sharp turns on the course: 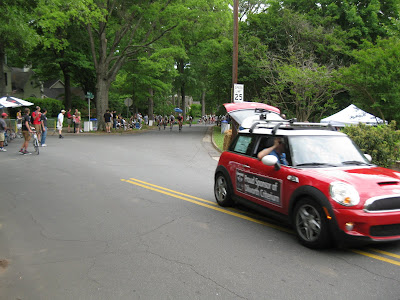 There was also a police car leading the pack. While there isn’t usually anything odd about a police escort in a roadie race (I guess), this one was different. In my efforts to remind you all of the coincidence number, 43, I quickly noticed that the police car was adorned with said number: 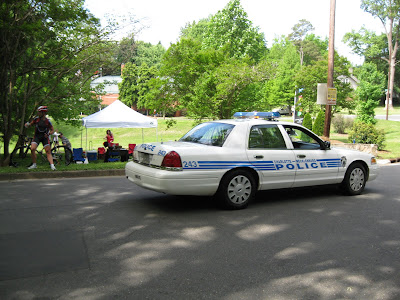 Anyway, here are a few photos from the event: 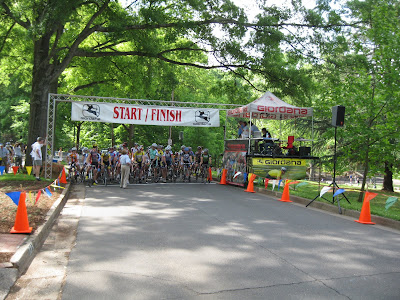 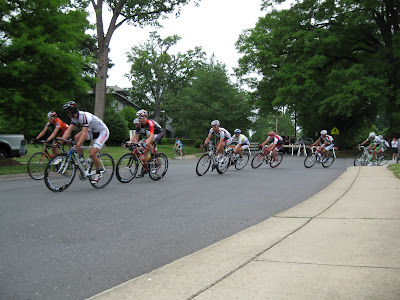 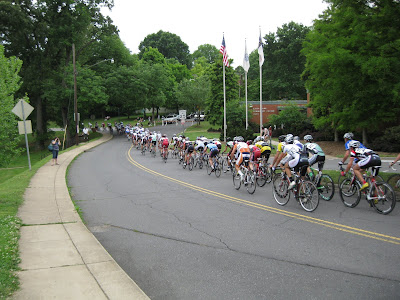 The race promoter, my friend Neal from Charlotte Sports Cycling, loves to see kids getting on bikes. This event was no exception, so he held a kids race. It was cool to see the little ones racing, and they all received medals when they finished. 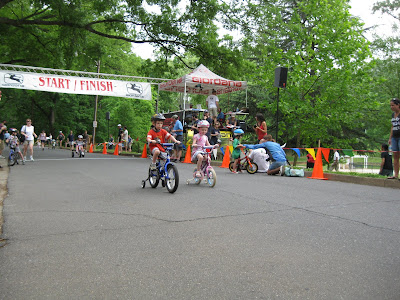 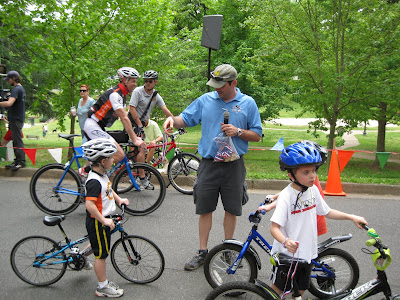 I took a little video while I was out there, just so you could see how fast these racers were going around the loop. This one is from the pro class, and they were really fast. I have no idea who any of these guys were, but it was still pretty cool. Although I didn’t witness any horrific crashes, I think this video shows the potential for injury.

Lastly (but not the last event of the day), they had an adult tricycle race. This shit was hilarious. I didn’t find out how to enter the event, or else my ass would have been trying to race these funny little three-wheeled machines. It was a relay-type race, and it was by far the most entertaining event of the day. Check it:

While I didn’t get to rock the tricycle, Little Miss Sunshine somehow managed to steal a ride on one: 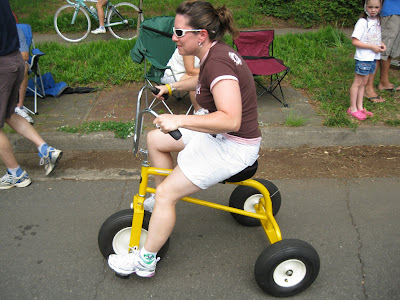 It wasn’t a bad day at all. A little spectating at a bike race, plus a little socializing with some of our bike homies. Hell, we even went to a comic book store for some nerdy action. 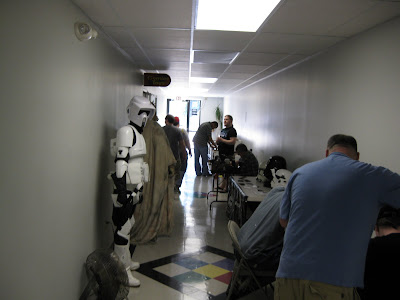 See y’all tomorrow.
Posted by TheMutt at 8:30 AM