I Finally Won Something 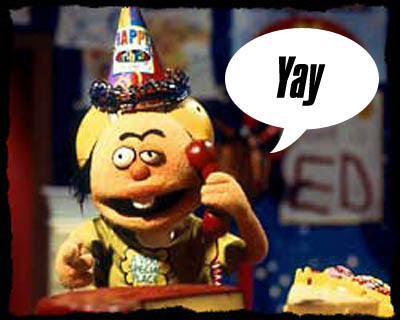 It has something to do with bikes, but nothing to do with racing them. Last week, there was a contest on Facebook from the folks at Honey Stinger. All you had to do was come up with your best Chuck Norris quote. I was one of the first to post mine up, and actually didn’t think it was so great. 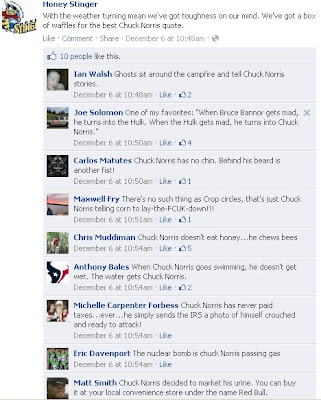 “Chuck Norris doesn’t eat honey…he chews bees” was mine in case you don’t know who I am.


When I got home, I mentioned the contest to Lunchbox. When I told him what I posted, he laughed his ass off. He also proceeded to tell me all kinds of other Chuck Norris quotes that he had stored in his teenage brain (which was a lot.) Apparently Chuck Norris is quite popular with today’s youth. Anyway, my comment somehow got the most “likes”, but it was a close contest. I got an e-mail stating that I was the winner and that I could expect some waffley goodness coming my way. Awesome. I was pretty surprised since I don’t usually win shit.


A few days ago, I received my goodies. 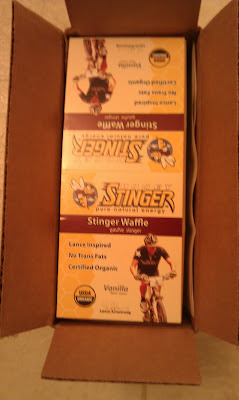 I’ve used these waffles pretty regularly now (before the contest), and they are damn delicious. It was all I could do to keep from chowing down on the whole box right then and there. I put the box away so I wouldn’t be tempted, but I will definitely grab a few on my next ride.


Are the Honey Stinger people gonna be on board with me and my cycling adventures next season? Sadly, no. This was a one time thing, but I hear that they are accepting sponsorship applications. Maybe I should throw my hat in the ring because, you know, I have nothing better to do. I’ve been lacking a nutrition sponsor around here, so this could be the ticket. I guess the worst they could say is “Get the hell off my lawn!”


In other news, I have no set plans for the upcoming weekend (again.) I have some trailwork to complete on Captain Jim Bob’s Space Adventure, and I also need to actually get some riding in. The problem though, is that I am on call for work. If the work people will leave me alone, then I can get some “personal” stuff done. If not, then next week could be pretty boring for you around here. We shall see.
Posted by TheMutt at 8:19 AM

I'll share a couple with you, but it will cost you in beer...or links to my blog.