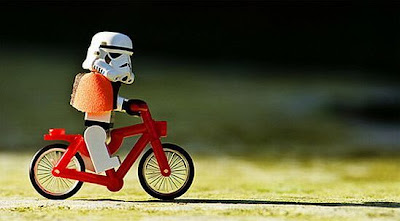 That’s it. With all the “free time” I had over the weekend, I managed to get out on the bike just one time on a local trail. After a late Friday night (and after an exhausting week), I overslept on Saturday morning. Lunchbox and I had a ride planned, but were now pressed for time due to our laziness. We eventually got out of the house, and dropped by North Meck for a quick ride. I brought along my SS bike, so I knew at least I couldn’t dilly dally along in an easy gear. Lunchbox knew the deal, and was prepared for some “hot laps.”


After talking to the trail coordinator for a few minutes, we learned that he had been doing some improvements to the singletrack out there. We hopped on our bikes and took off. I felt great, and started regretting the fact that we slept in. I felt like I could ride all day, but we didn’t have the time for it. Damn it. At least we got a ride in.

Lunchbox was glad to be outside. 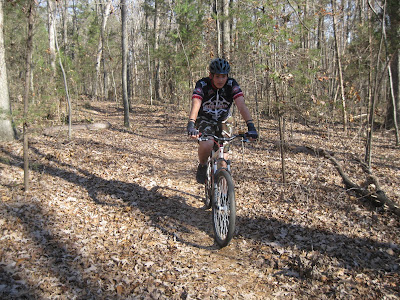 After that, we had to get to the North Meck Christmas parade. It’s become a holiday tradition of ours since we moved to North Carolina, so there’s no way I would miss it. It’s a small-town parade, and it reminds me a little bit of the one we had where I grew up. Mark from The Cycle Path always lets us hang out in front of his shop (it’s right along the parade route), so at least I get to be around bike stuff the whole time. Lunchbox even likes hanging around the shop. You never know what you might see. 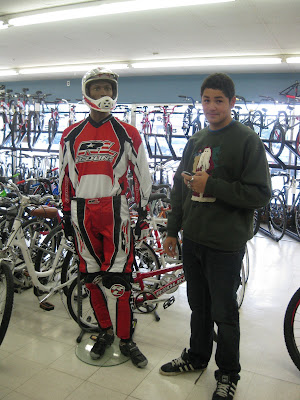 This was your typical Southern parade: 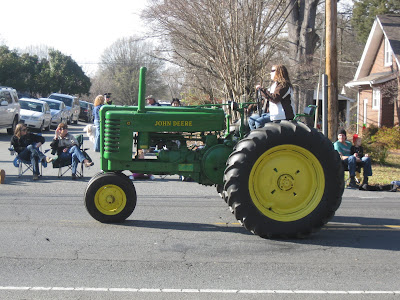 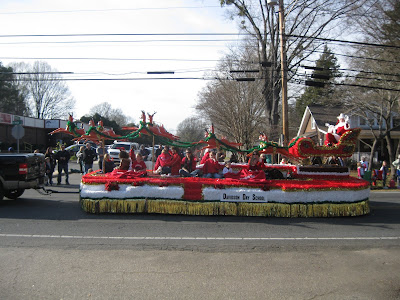 Since he likes when I mention him on the Internets, I’ll post up a photo of our pal Billy Talley as he drove in the parade: 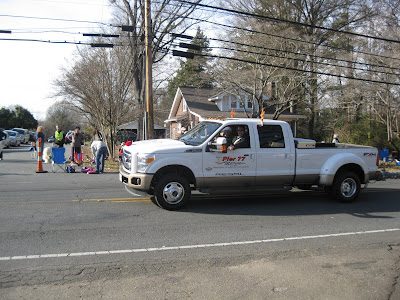 Although I didn’t get it in the photo, he was pulling a fancy boat behind that big ol’ truck. He’s representing Talley’s Pier 77 Marine, which sells fancy boats and fancy boating accessories.

Little did he know that there was a pirate ship about to take him out. 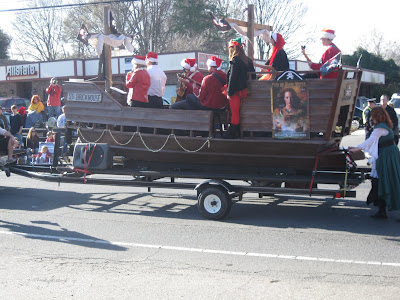 He won’t be smiling when those buccaneers catch up to him.


So yeah, that was my Saturday. This time of year, it seems as if cycling takes a backseat to all the holiday stuff (and shitty weather.) I’m really trying to get in more nighttime weekday riding, but it keeps raining right in the middle of the week and pissing all over my plans. I have a backup plan for this week, but that only comes into play if it’s not too cold. Riding in the rain isn’t too bad, but if you add cold temperatures then I have a hard time getting outside.


I may just have to tough it out this week, or else I could turn into a lardassian. 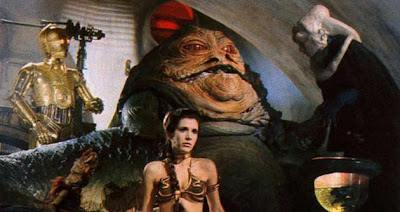 Too much Star Wars, you say?

Just found my self on the internets again, I'm getting famous