Upgrade All The Things 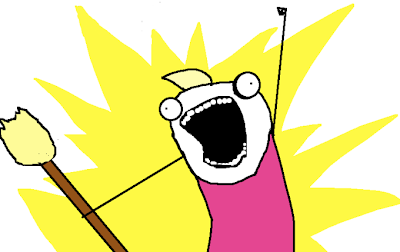 Yup, that’s pretty much what my Christmas list was all about. Well, in regards to the bike parts I asked for anyway. After getting a new set of singlespeed wheels, I still had other parts to install.

I got a new set of handlebars and a better stem for the SS bike. 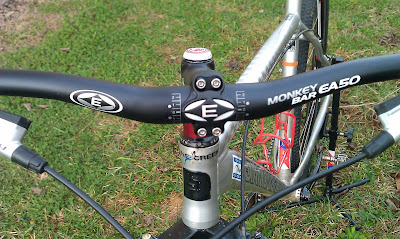 After riding with a sub-par stem and handlebars (from the spare parts bin), I now have something much better. The bars are also wider, which makes the bike more comfortable to ride. Since I was already upgrading stuff, I decided to rob parts off of another bike I wasn’t using. 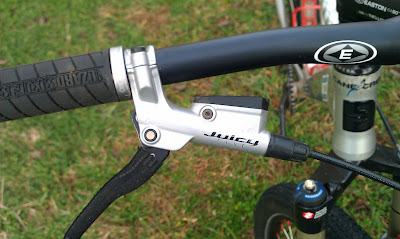 I didn’t think to ask for new brakes for Christmas, even though I had a set of shitty cable disc brakes on the SS (that worked kind of okay by the way.) I took the hydraulic brakes off of my little-wheeled squishy bike since they weren’t being used. Now they will get some trail time for sure.

Up next was an upgrade for my geared bike. It’s been a while since I’ve replaced any drivetrain parts on my primary race bike, so it needed some love. I got a new cassette and chain. 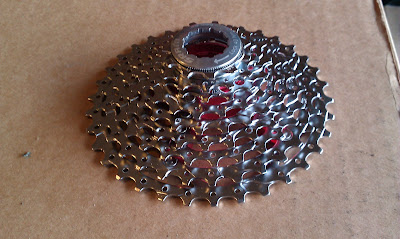 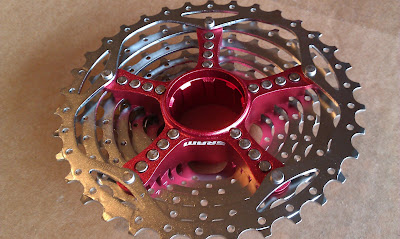 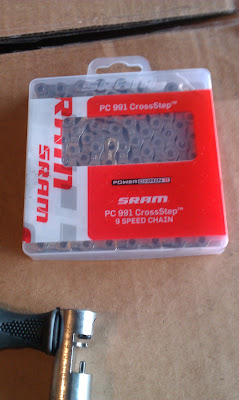 Since I am an awesome mechanic, it didn’t take long to change everything over. And while I was at it, I had to install something else. 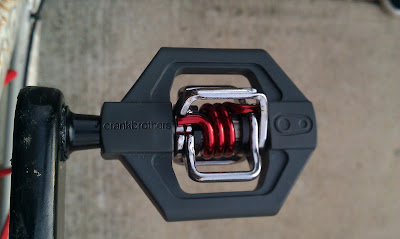 Lunchbox got some new pedals for his 29er. See, I’m not the only one that had bike parts on the Christmas list.


While I did receive lots of stuff (both bike and non bike related), I’m pretty much done talking about all the new shit I got. Well, except for something that Lunchbox got for me. 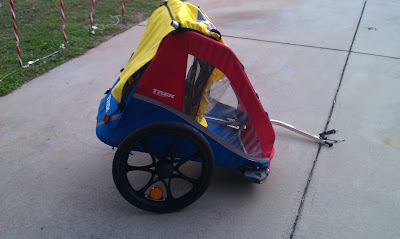 What? A bike trailer? For kids? Don’t worry, we won’t be hearing the pitter patter of little feet here at B-43 anytime soon (and Lunchbox is way too big to ride in it.) I wanted a bike trailer for other reasons than having little kids to pull around. 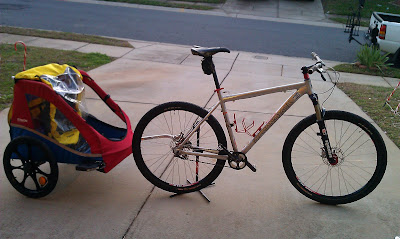 And no, this is not gonna be attached to my singlespeed full time. I actually wanted a bike trailer so I can take trips to the grocery store, and a kid’s trailer seemed to be the best bet to keep the beer safe (it has seat belts in it.) I try to take my bike to the store whenever I can, but it’s been difficult to carry stuff home in a back pack. Now I can ride to and from the store with out dropping anything on the road.


Another use will be to haul tools to Captain Jim Bob’s Space Adventure when trail work resumes (in the near future.) Having a trailer attached to my bike can keep me from driving so much (and wasting gas), so this is just my little contribution to help save the environment. Besides, I can pull Dicky around town when he doesn’t feel like riding. He’s only four apples tall, so he’ll fit right in there.


I’ll be back tomorrow, probably with the obligatory “what kind of shit I got into this year” post. See y’all then.
Posted by TheMutt at 8:37 AM