Getting home from work every day at dark means that if I want to ride my bike, I have to do it in the dark (duh.) Some days, I bring my bike with me to work and hit up a local trail. Most days, I figure I’ll just go home and grab my bike and head back out. By the time I get home though, I usually don’t feel like packing up the truck and driving back out to a local trail. I always have a backup plan, and it involves greenway riding. Most of it is paved, but there is a pretty good gravel section for me to get all mountain bikey on. 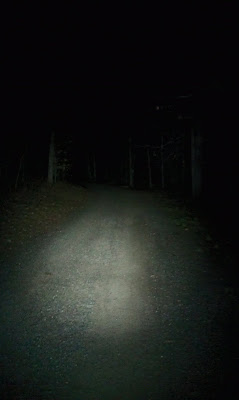 Just a short road ride from my house and I’m there. It’s very quiet and peaceful out there, and there are enough hills to make it worth my time and effort. After a little gravel action though, it’s back on the paved greenway. It has some pretty cool stuff, especially at night. 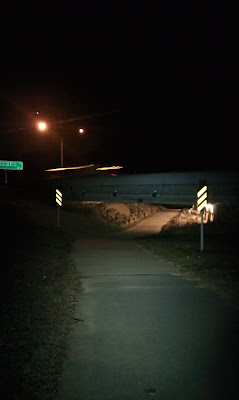 That’s the part where it goes under Interstate 85 here in Charlotte. It’s really cool going under it in the dark, since well, it’s all lit up. 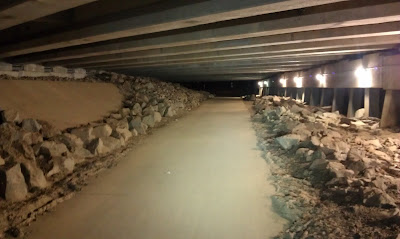 I ride until the end, and I pop out in some park/soccer field place. There is a boardwalk at the end that goes through what looks like a swamp, and I kinda like riding on it (reminds me of Florida, minus the alligators.) 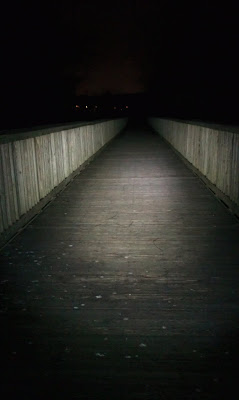 The best part about riding out there at night? All the critters. I saw no less than thirty deer, and a host of other unidentified animals. If you look closely in this photo, you can see little eyes staring back at me in the darkness. 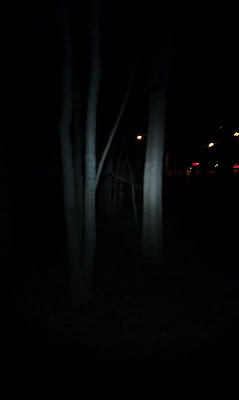 Is this considered “training?” Yeah, I guess. I mean, I’m out on my bike you know. I’m riding pretty hard on my singlespeed, and I actually feel like I did something worthwhile. Besides, being all alone at night on a bike ride does wonders for me after a long day at work. It’s no substitute for actual trail riding, but at least it’s something. Now that Captain Jim Bob’s Space Adventure is finally complete, I can get in a short trail ride on the way out and on the way back (which I did last night.) Sounds like success to me.


In other news, I’ve been cleaning out my “bike room.” It’s nothing extravagant like the one over at Bad Idea Racing. In fact, it’s just a garage. But, it’s my garage, and it’s full of bicycle goodness (plus a beer fridge.) 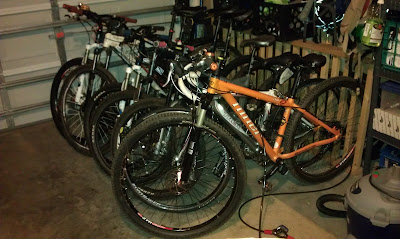 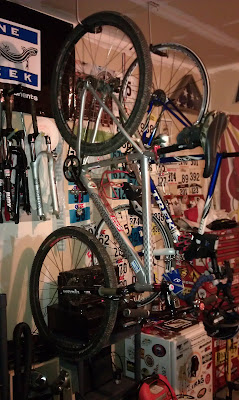 Right now, there are twelve bikes and two unicycles out there. Two of those bikes are pending transfer to other locations, but the rest will stay. Why was I cleaning? Well, with the upcoming Christmas holiday, I need to make room for more bike parts. That’s pretty much all that was on my Christmas list, so I am hoping that I have enough room. I also needed some space to work on bikes (very well constructed homemade bike repair stand not pictured), in anticipation of installing the aforementioned new bike parts. At least now I have a really local place to test them.