The Beer May Have Won

Saturday was the Southeast Bike Expo, but I’m sure you already knew that. I picked up Dicky just before sunrise, and we made the long drive to Conyers, GA pretty easily. 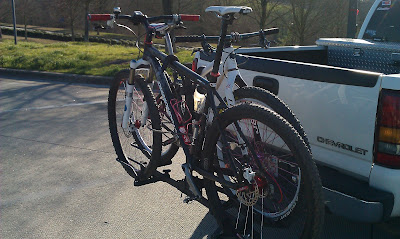 When we got there, we hit the ground running. We made our rounds, and I met a shitload of people. Some I’ve never met before, some I’ve only met on Facebook, and some people I never really properly introduced myself to. 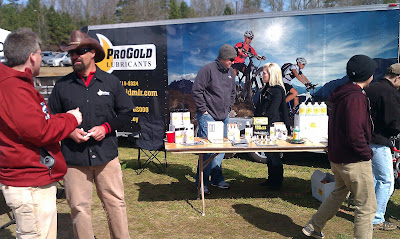 The above photo you can see Bruce Dickman from ProGold, and we chatted a bit about how freaking awesome their stuff was. We chatted about other stuff too, but he was going a million miles an hour and I was still recovering from the long ride down there.


One of the first stops we made was the Niner tent, where Mike Stanley proceeded to tell me he had a bike waiting for me to ride it. It was the fancy new Air9 RDO. 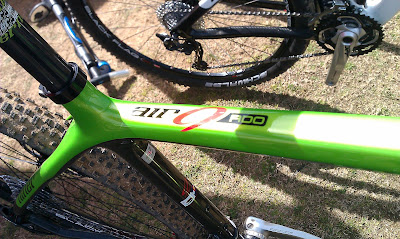 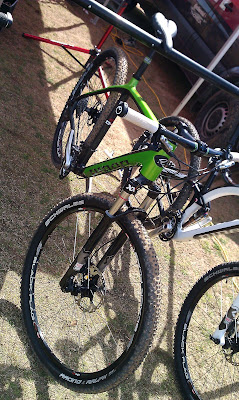 We hooked up with local shop owner Mark Sullivan and took a test ride over to the rugged, granite-laden side of the trails, where I could scare the shit outta myself on a really freaking expensive bike just for the sake of “demo-ing.” 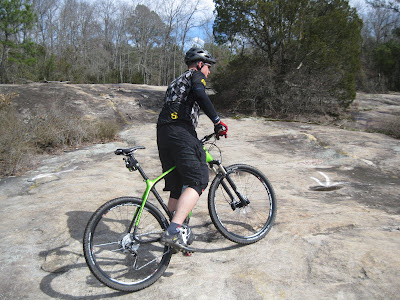 Even though this bike was pretty and worth more than a small car, I eventually settled in and rode it like it was meant to be ridden. You know, like flying down rocky surfaces and junk. 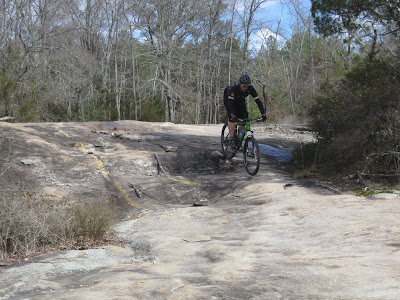 Dicky and Mark were there, did I mention that? 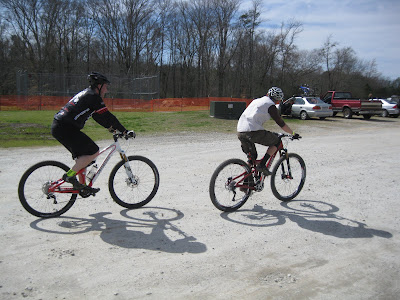 Most of the time after that was spent searching for more bikes to ride, but we kept striking out. With Rich looking for a extra small and me looking for an extra large, it was slim pickings. We eventually settled on Origin8 carbon rigid (geared) bikes.

We came prepared in case of a disaster: 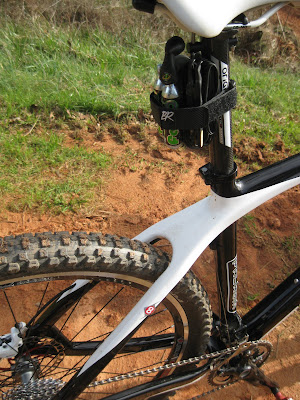 Yes, we brought our own Awesome Straps.


The bike I was on was too small, the handlebars were too short, and the shitty not Industry Nine wheels were uh, shitty. That didn’t stop me from whipping that thing all over the trail when I had the energy. After Rich reminded me that I only had a banana to eat all day, we stopped riding bikes and began our quest for food and beer.


The first step was to check into the hotel across the street, where they quickly shoved us into the dining room for a “reception.” We were the first ones there, so Rich ran right over to make a meat salad. 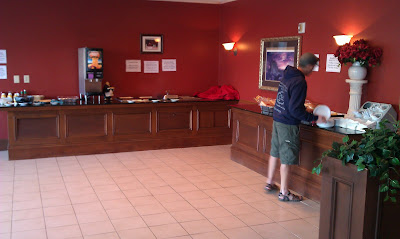 We stuffed our faces, and went up to the room to unload his bag so we could use it to smuggle beer back to the Expo. 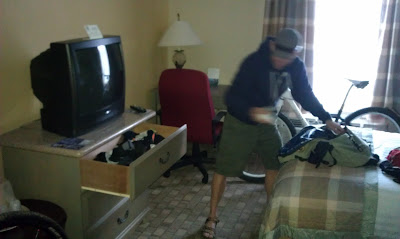 With money in hand (ours and other people’s money), we set out on a quest to find good beer. This is what we ended up with: 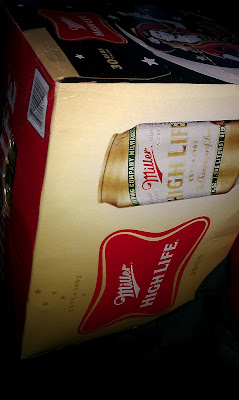 Well, that was the shitty beer. We also found some good stuff after driving around for almost an hour.

When we returned to the expo grounds, I though we would be greeted like heroes and bum-rushed for our beer. That didn’t happen. We ended up watching most of the guys that said they wanted beer keep riding their bikes, so Rich and I sat down and started the party without them. A little while later we were joined by Watts and Andrea, and we sat out on borrowed chairs drinking beer in the cold darkness. At least we didn’t have to drink the shitty beer though.

We eventually took the party back to the room, and tried our best to kill the rest of the good beers. 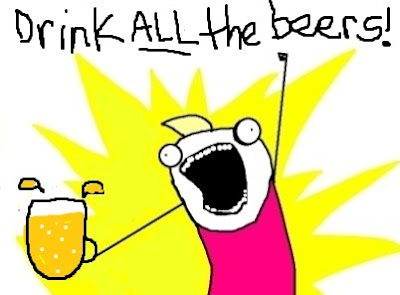 
The next morning after I destroyed the breakfast buffet and the toilet in the lobby, we headed back across the street to talk to Jason from Foundry Cycles, and he was busy getting the demos out on the trail. 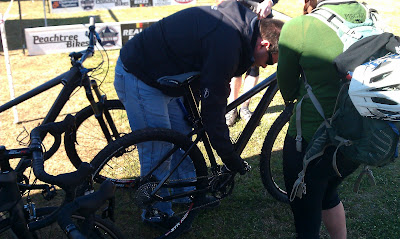 We were too hungover to ride anymore, so that meant that it was time to head back to Charlotte. It was a long drive, but at least I didn’t fall asleep and kill us.


That’s all I feel like writing today. I didn’t drink anymore beer after Saturday night, but I had my ass kicked enough by it so I won’t touch that stuff for a while.