Nothing Is Written In Stone 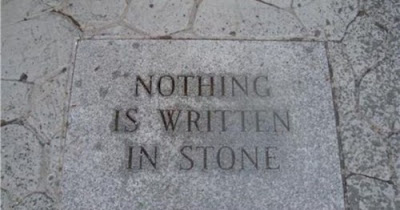 
While anything can happen between now and July 28th, I’m pretty sure that my trip to Single Speed USA will happen. Thanks to some comments, a few e-mails, and even some “real” conversations, I’ll be taking the non-ferry route to get there. Funny thing is, as soon as I posted up yesterday’s blog, registration for the event opened. And yes, I am in. The course hasn’t been finalized yet, but I’m sure that George will make it tougher than a two dollar steak. I’m ready. 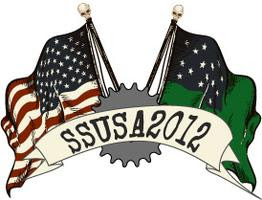 Do you want in? Well then, you better hurry. There are only 100 spots up for grabs, and it’s filling up fast. I’ve never been to an event like this, but I hear it’s a great time. Mandy even said that there will be beer. That’s enough of a reason right there. Well, that and I get to finally try some real maple syrup.


One thing I’m bummed about is the fact that Dicky won’t be going to SSUSA. I was looking forward to hanging out with at least one person I know in a state far, far away, but he has other plans. I know he wants to be there, since he’s been spying on me ever since I started talking about my plans to go.


You know, like riding in front of my place of employment: 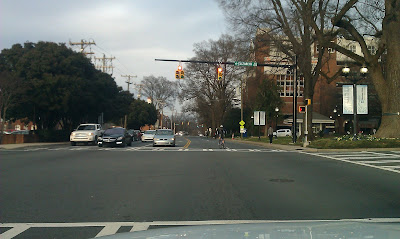 Maybe I’ll take him on a trip some other time. We can go sightseeing or something.


In other news, I have to start “training.” The Winter Series is over, but the fun is only beginning. The real season starts pretty soon, so that means I have to start getting in some longer rides. The plan for this weekend is Uwharrie…on the single speed.


I’ve never been there with only one gear, but it’s time. Since I normally ride an 18 tooth cog on the rear I’m a little worried that it might be a little too much. 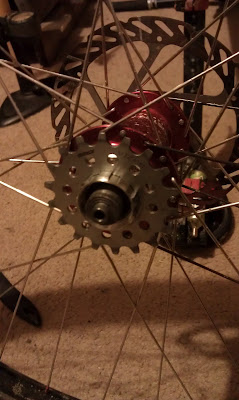 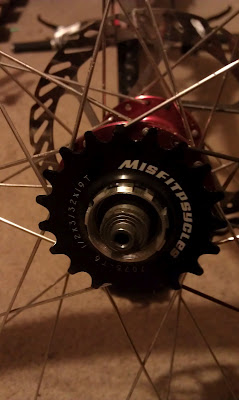 
I don’t know how much of a difference one extra tooth on a cog will make, but I will need all the help I can get. I have a 20T, but I’m saving it for Little Miss Sunshine’s new ride (which is now en route from Canada.) I won’t get any stronger running bigger cogs anyway.


Hopefully I’ll have a ride report from this weekend.

Or a walk report.

Whatever.
Posted by TheMutt at 8:21 AM

There's still short-track racing in G'boro on Sunday for those with balls!! If I find a set I can borrow, I'll be there...