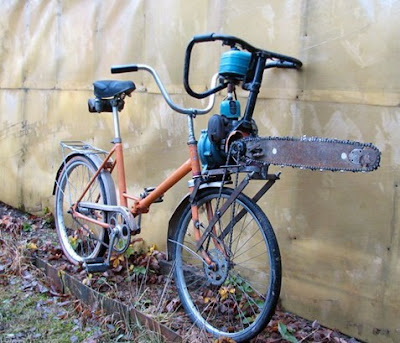 Uh, wait. I mean looking for love. And no, this is not about my Valentine’s Day adventures with Little Miss Sunshine. It’s about bike love, and how I’ve failed to show mine anything proper.


Back when I got a new frame last season, I swapped everything over from the old one (to make my current single speed bike.) Since the frames were the exact same size, I just moved everything over without having to adjust any cables, etc. Turns out I should’ve given everything the once over.


I’ve been having some shifting problems lately, so I knew it was time to replace the shifty cables. I ended up going with the same thing I had, the Jagwire Ripcord kit (in red again of course.) 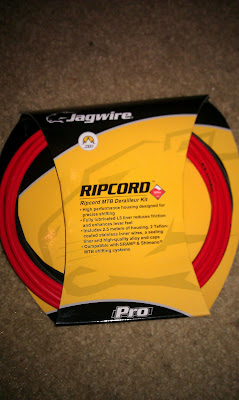 I am a big fan of Jagwire cables. I've used many other types of cables and housings, and I guarantee that none of them would've lasted this long without any maintenance. If you absolutely have to have shifty crap on your bike, then you won't go wrong using their stuff.


Changing out cables and housings would normally be an easy task (even easier since I only have a 1X9 setup), but I ran into a problem when I tried to remove the old housing from the rear derailleur. It was jammed in there pretty good, and I couldn’t get it out. In fact, the barrel adjuster screw was seized up too. I eventually got it out, but not with ruining it. After sifting through the parts bin I found an old derailleur that had the same screw, so I replaced it and got right back to the cable installation. 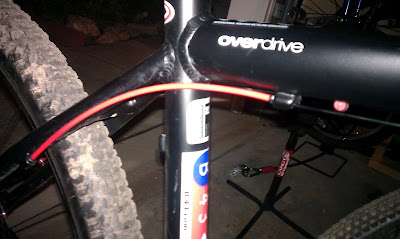 
Once I got the new cable and housing installed, the tune-up phase was pretty simple. The shifting is way more precise now, which is not surprising. I should’ve done this a long time ago, but I guess I’ve been paying too much attention to my single speed. I’m a sucker for simplicity, and ignoring problems with the hope that they will go away.


Since I found myself with a little free time, I tackled another project I’d been putting off. One of my spare 29er forks will be put back into service again, this time on Little Miss Sunshine’s new SS project. The fork travel was set at 100mm, so I needed to set it at 80mm to match her geared bike. 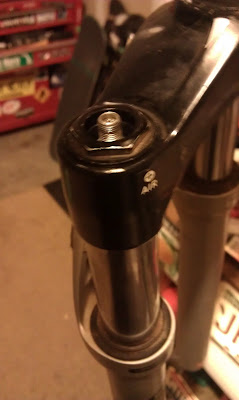 Pulling out the air spring and putting in a spacer is one of the easiest things you can do. In fact, it was so easy that I didn’t even finish the beer I poured for my “work session.” I put everything back together and aired it up, and it’s ready to roll.


Now I’m waiting for Peter to get that new frame across the border from Canada so I can start bike-building.


In related news, parts are slowly trickling in for the new, yet-to-be-named tiny SS bike. 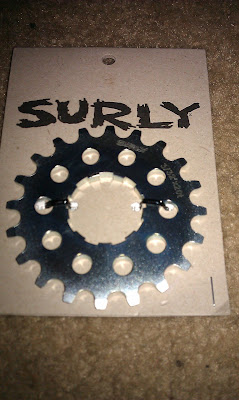 Well, that’s all that’s trickled in. I did say, “slowly.”

I could have bigger problems, I guess. 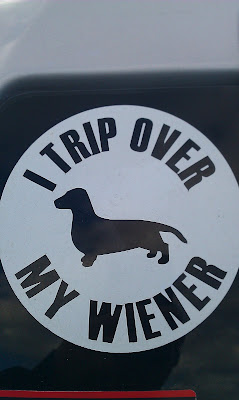 I don’t have that kind of dog, so it must mean something else.
Posted by TheMutt at 8:07 AM